Constraints in ICT and Gender 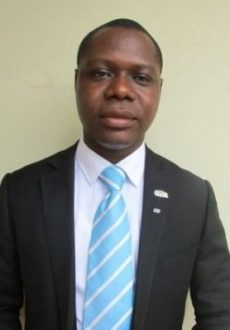 RW commentary author
The lack of clarity of policy and the failure to create a link between policy statement and strategies on gender is a constraint to the promotion of ICTs and gender related issues.

As a crucial development component of the revolutionary global knowledge economy, information and communication technologies have been hailed as possible tools to positively impact development efforts in both developing and developed countries (Steeves & Kwami, 2012; Sahlfeld, 2007; Chukwunonso & Aisha, 2012; Heeks, 2002). ICTs have permeated all areas of development, particularly communication, trade, and political development (O’Farrell, Norrish & Scott, 1999; Sarfo et al, 2011), and national policies in developing countries have begun considering them with greater interest. This notwithstanding, there continues to linger the challenge of divide, which is mostly in areas of access, gender and age (O’Connor, 2012; Geldof, 2011; Kwapong, 2008; Sarfo et al, 2011).

Studies on gender and ICTs have increased tremendously as concerns have been expressed on the impact of national ICT policies on gender empowerment in the field. In their discussion, Sarfo et al (2011) noted that in response to such concerns, the OECD (2007) conducted a study involving the differences between men and women in ICT-related employment, ICT education and training, and ICT access and use among 31 OECD countries. Many of such studies have demonstrated an unequal relationship between genders and their access to ICTs (Fontaine, 2000; Kwapong, 2008; Geldof, 2011); however other studies suggest that the divide might be dwindling among the genders (Hamilton, 2010; Sarfo et al, 2011).

As a global phenomenon capable of affecting the attainment of millennium development goals (MDGs), digital divide has been researched and discussed in Ghana. The Government of Ghana (2003) launched the ICTs for Accelerated Development (ICT4AD) policy document to guide the development of information and communication technologies in the country. In this document, ICTs were identified as key drivers of socio-economic development, and there were indications of spreading these technologies throughout the Ghanaian community. The policy document acknowledged the possibility of a digital divide during deployment, and therefore strategies were projected for making ICTs available to and accessible by rural communities, women and children, as well as the visually, mentally and physically disadvantaged members of the public (Government of Ghana, 2003).

Many similar policies and laws aimed at boosting ICT development in the country were introduced, including the ICT in Education policy (Government of Ghana, 2008), National Telecommunication policy, National Communication Authority Act 769, National Information Technology Agency Act 771, Electronic Transaction Act 772, and the Electronic Communications Act 775 (Frempong, 2010). Kwapong (2008) underscores the importance of ICTs to all sectors of development for women; in education, livelihoods, healthcare and government. For such reasons a government decision to develop these technologies with women as the primary target was welcomed. However, the challenge remains the extent of government’s commitment to such initiatives and the extent of implementation, after about a decade.

Steeves and Kwami (2012) evaluated the various policies and institutional frameworks that seek to promote gender parity in Ghanaian ICT development, and made three distinct points that seem to flaw the efforts of government at promoting ICT gender parity. These scholars note that while acknowledging active participation by girls and women in the ICT aspects of the society, the policies fail to make firm commitments to addressing structural gender inequality in a manner beyond sector level application of ICTs. Secondly, the policies fail to present clear gender analysis that could be integrated into the implementation of the policy at all levels of society - national, regional, and local. Finally they observed a lumping of all Ghanaian women as one, a fallacy that fails to recognize the various strata that exist among social locations, such as such as ethnicity, language, age, literacy and disability (Steeves & Kwami, 2012). Kwapong (2008) supports such arguments as she cautions against a narrowly perceived ICT for development policy (and environment).

Digital divide is real in many countries in the global south, as much as it is in Ghana. While efforts are being made at local, national and international levels to reduce such differences in access to ICTs, it must be emphasized that the challenge is enormous, hence a concerted effort, participatory in nature, is required to address the challenges. Endeavors to achieve gender equity must be considered a necessity, as some studies have shown a gloomy future for human civilization, if this situation is not tackled in a critical manner. It is crucial that research is conducted into all efforts albeit small, at all levels; grassroots, national and international levels to highlight efforts being made by individuals and organizations to bridge the gender divide. This research would serve as a good platform to showcase these efforts and also use them as advocacy tools.

1- Franklyn, C. & Tukur, A. 2012. Problems and Prospects of Adopting ICT in Agriculture: Some Comments. African Journal of Agricultural Research and Development, Vol. 5(3).

4- Geldof, M. 2011. Earphones are not for women: gendered ICT use among youths in Ethiopia and Malawi. Information Technologies & International Development, Vol. 7 (4).