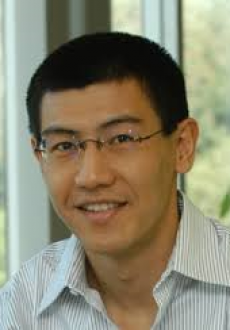 RW commentary author
Earlier this year, I spent a month as a private tutor at Seattle’s prestigious Lakeside School. The school counts Bill Gates among its alumni, and its student body includes the children of executives at Amazon and Microsoft. So, not surprisingly, the school makes considerable use of technology: every student carries a laptop; class assignments are posted on intranet websites; and athletic teams announce their triumphs on Twitter. In this rarefied learning atmosphere, where the student-teacher ratio is already a prosperously low 9:1, what do parents seek when they want an extra boost for their children? More adult mentorship. That is after all what a tutor is.

Lakeside parents are not unusual. In Silicon Valley, many technology professionals send their children to schools such as the private Waldorf School, which charges a premium for the high-quality guidance its teachers provide. Meanwhile, all electronic technology is banned from the classroom until the eighth grade.

What is it that these parents know? The very people who are most familiar with technology’s potential have a deep intuition that the first requisite of a good education is good human supervision.

I learned a similar lesson in other contexts in the developing world. Between 2004 and 2009, I headed a research group at Microsoft Research India, in Bangalore, where our goal was to find ways in which information and communication technologies (ICT) could contribute to the socio-economic development of the world’s poorest communities. We partnered with NGOs and local governments and worked in rural villages and urban slums - not just in India but in other parts of South Asia, in Africa, and in Latin America. Our projects ranged from agriculture to healthcare, from governance to microfinance. Often, we worked with children - in clinics, in schools, and with street-youth programs.

Over six years and fifty-odd projects, what I learned was that while ICT could sometimes help capable, committed organizations do their work better, it did little for organizations that lacked the capability or commitment. Schools with bad administrators and indifferent teachers did no better with computers in the classroom. Governments uninterested in rooting out corruption didn’t become more accountable with mobile tools for transparency. And clinics without effective healthcare staff couldn’t help patients through telemedicine. And this was true regardless of the technology - whether it was personal computers, the Internet, mobile phone systems, or social media.

In effect, technology only amplifies underlying human intent and capacity. So, for example, in education, ICT amplifies administrative and pedagogical capacity. It can help make good schools better, but it often makes under-performing schools worse. Headmasters struggle with the burdens of maintaining technology (especially in environments with poor infrastructure). Under-trained teachers aren’t sure how to integrate them into their curricula. And these days, all it takes is a glance at a child with a smartphone to know that students, for their part, will gravitate towards video games, not educational software. It takes extremely capable administrators and teachers to manage ICT in a way that truly contributes to education. And ironically, it’s exactly where we would most like to see technology come to the rescue - where the existing human capability is insufficient - that it cannot.

This point is reinforced by rigorous research from around the world. University of California - Irvine professor Mark Warschauer, the world’s foremost expert on technology in education, finds in the United States that "placing computers and Internet connections in low-[income] schools, in and of itself, does little to address the serious educational challenges faced by these schools. To the extent that an emphasis on provision of equipment draws attention away from other important resources and interventions, such an emphasis can in fact be counterproductive." Economist Leigh Linden observed no significant educational outcomes of computers in India and Colombia compared against students who didn’t receive computers. And a study by the Inter-American Development Bank found that students in a country-wide One Laptop Per Child project in Peru did not exhibit significant educational gains even after 15 months of the program.

I am not saying either that technology is necessarily bad or that it’s fundamentally useless. Rather, my point is that technology doesn’t work in a vacuum. A solid substrate of human capacity is a precondition for technology to have positive impact. Of course, if you have strong institutions supported by capable, well-intentioned individuals, then positive things are bound to happen regardless of technology. In other words, good technology never guarantees a good education, but good parents, good teachers, and good schools do.*

Thus, there are many situations where we can predict that ICT-centric approaches to solving problems will fail. For example…

- If a country has insufficient police enforcement to deal with child trafficking (due to corruption, under-funding, other priorities, or poor management), then an ICT system for citizens to report trafficking activity will be pointless. Reporting must be monitored and followed by investigation and enforcement for impact.

- If a healthcare system is too weak to deliver vaccines to children in rural households, then mobile apps to assist healthcare workers will do little for those children. Vaccines are among the simplest of healthcare interventions; a system that can’t deliver them successfully is not likely to make effective use of digital gadgets to improve its performance.

- If a society has a strong culture of female genital mutilation (FGM) and no substantial movement to end it, then social media campaigns to end FGM will not change much by themselves. Successful social media campaigns occur when a critical mass of people is already aligned with the issue, and when there is a complementary real-world campaign.

In each case, the social substrate for meaningful impact is missing, and so there is nothing for the technology to amplify. What can be done in these situations?

First and foremost, focus on social, political, economic, and cultural changes. Laws must be enacted; institutions must be well-funded and well-managed; staff must be well-trained for their roles; dialogue must begin person-by-person in communities and in the public sphere. These changes may take great time, expertise, and resources, but there are no shortcuts. No one expects a failing for-profit company to be turned around with the injection of new smartphones, social media tools, or a state-of-the-art datacenter. Why, then, should we expect such simplistic solutions to fix more complex problems facing governments and nations?

Second, for anyone constrained to use ICT as part of the solution, collaborate with entities which are already having the relevant kind of impact. For example, if reducing child-trafficking is the goal, look for an organization that is already fighting effectively against it. Then, seek to amplify its impact using technology. It’s exactly the organizations with commitment and capacity that are able to capitalize on technology to further their mission. Of course, if you’re already such an organization yourself, seek a CTO or technology partner who will find ways to support your work, rather than one that wants to impose their ideas of how technology should be used.

Third, resist the temptation to apply technology-centric solutions just because they come with the sheen of success. Whatever else can be said about technology, it does not cause development outcomes on its own. America, for example, has experienced a golden age of ICT innovation since the 1970s, having given birth to the personal computer, the Internet, the mobile phone, Apple, Google, and Facebook. Yet, during that same span of time, the country’s rate of poverty has not decreased at all, and the percentage of children living in poverty has increased to a staggering 23%. If all that technology doesn’t put a dent in poverty in the world’s richest country, perhaps we should look elsewhere for real solutions.