From victims to peacebuilders: children and youth in the digital age 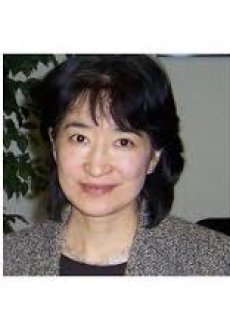 RW commentary author
Real transformation of child- and youth-sensitive peacebuilding requires a deeper understanding of the necessity for shift from stereotyped images of children and youth as victims to the appreciation of them as an active power in conflict, civil discontent and stability. The single-minded attention to children and youth merely as sufferers of war and post-war rebuilding may overlook them as dynamic agents of change. This commentary will focus on some aspects of empowerment of child and youth groups in peacebuilding settings.

Children and youth ownership of peacebuilding

Children’s and youth’s interests and needs are often ignored in peacemaking and peacebuilding cycles. They must own peacebuilding efforts that frequently take place in the middle of conflict. During conflict and its aftermath, young people can be involved in discussion of good governance, economic and cultural development. A lack of well-timed peace education and training for children and youth can complicate and defy sustainable peace. One of the goals of children and youth-sensitive peacebuilding is to establish responsible institutions able to educate and train young generations to develop resilience, express themselves and discuss their interests and needs.

The peace oriented education and cultural activities help them learn skills of critical thinking, identify positive role models, and manage conflicts in a non-violent manner. In the Balkan region, Africa, and Central Asia child-centered projects successfully use art and storytelling and produce animated video clips to depict conflict and peace through the lens of young minds.

A better understanding of young people’s resilience and strength

The key role of children and youth in rebuilding the future of war-torn societies should not be overlooked. Many young people demonstrate remarkable resilience and strength in the face of war or post-war harsh conditions. For example, in Uganda, thousands of children, "night commuters", developed further capacity of resilience in situations of recurrent violence. In conflict-affected situations, some young victims may become wrongdoers. There are many reports about various groups of adolescents who terrorize their own communities in conflict and post-conflict settings. More studies are needed to understand why some youth may be more motivated to engage in violence and desensitized to killing, and why many others struggle against violence and value human life and dignity, despite their exclusion, resentment and lack of opportunities.

Numerous case studies suggest that postconflict peacebuilding strategies need to take into account the children’s resilience factors and impact of family and community resources on children’s security and insecurity in hostile and unpredictable environments. Child- and youth-centered peacebuilding implies consideration of distinctiveness of different age and gender groups in dealing with war and post-war stress and trauma. It is essential to differentiate between various groups of children and youth with the purpose of identifying the risk factors for victimization and potential sources of resilience and recovery. In some cases, a one-dimensional practice lumping together "women-and-children" and "children-and-youth" may not be productive to empower various groups of child and youth populations.

Until we have better understood the nature of young people’s resilience and ability to make progress, empowerment of young peacebuilders will not be successful. A "do not harm" approach confronts a simplistic characterization of children and youth as passive recipients of care and protection in conflict and post-conflict areas. Positive and undesirable consequences of external and internal actions should be examined in societies with a divided and traumatized child population. Age and gender-discriminatory trends in certain societies considerably complicate peacebuilding efforts. For example, in Africa, post-conflict policymaking ignored girl soldiers’ interests in Disarmament, Demobilization, and Reintegration programmes (DDR) and as a result most female child soldiers were excluded from DDR process.

The multiple roles of new media

The roles of new media in preventing or igniting conflict among youth is often underestimated in peacemaking and peacebuilding processes. Social media can be used to fuel conflict and violence and/or prevent and resolve violent conflict. There are numerous patterns of how social media can increase self-confidence and help build resilience in conflict and post-conflict settings. Social networking helps young people communicate with each other and find new contacts. Discussion, instant messaging, video and photo sharing opportunities liberate and empower children and youth in conflict and post-conflict areas.

Insecurity and violence leave scars that can be healed in numerous ways with the use of social networking. Successful stories of young heroes defying images of victimhood are increasingly influential among children and youth. For instance, Malala Yousafzai, a Pakistani teenager shot by the Taliban, stated: "I don’t use Facebook or Twitter or Instagram, it needs time, but it’s my message to every teenager that this is a great way for you to raise the issues that children are facing, of child trafficking, or FGM...[Teenagers should] use these resources in a good way as a source of highlighting the problems that women are facing." 1

On the flip side, digital divides between social groups and countries produce a new kind of inequality among children and youth. Deployment of multiple social networks (for instance, Facebook, Twitter, and YouTube) for hateful ideologies and recruitment purposes causes tremendous damage to young minds. A number of radical groups and networks develop social media patterns to engage young people. For example, Al Shabaab (Harakat al-Shabaab al-Mujahideen), a terrorist group in East Africa, uses the internet recruitment of alienated young expatriates and local youth. Targeting a young audience, some jihadist groups romanticize martyrdom ideas and suicidal actions. Skillfully using the Internet they instruct how to build bombs and explosives and target civilians. Online peer pressure and hate propaganda via social networks during peace-making and -building processes emerged as specific risk factors given adolescents’ susceptibility to societal and peer pressure and indoctrination.

Using and elaborating ICT (Information and Communication Technology) in the empowerment process of children and youth are a key requirement for enduring peace and stability. Evidently, modern technological tools (cell phones, social networking) are increasingly vital for participation and empowerment of young peacebuilders.

1 Radhika Sanghani, "Malala Yousafzai: Teens, don’t use Facebook to get ‘likes’ - use it to highlight women’s issues", 8 Mar 2014, http://www.telegraph.co.uk/women/womens-politics/10684908/International-Womens-Day-Malala-Yousafzai-Teens-dont-use-Facebook-to-get-likes-use-it-to-highlight-womens-issues.html