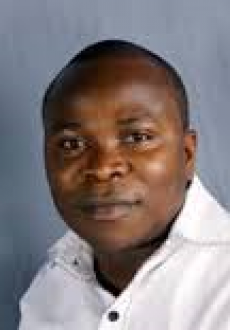 The history of insecurity in Africa associates high youth unemployment with the numerous situations of instability on the continent. This ranges from the conflicts that characterised Africa’s security narrative in the early 1990s, mass killings in the Great Lakes region and other parts of Africa in the same period and contemporary jihadist revivalism manifesting through the activities of AQMI in the Sahel, Boko Haram in Northern Nigeria and Al-Shabaab in the Horn of Africa. As a result, the fact that unemployed youth are not only victims but also active participants of political instability in Africa is not new.

There is however a fundamental challenge in adequately establishing the link between unemployment trends and the role of youth in political instability everywhere and in Africa in particular, with any certainty. Despite anecdotal evidence therefore there are still questions as to why the same levels of unemployment in any two given contexts on the continent are not necessarily a determinant of instability, and if at all, of equal proportions and dynamics.

Consequently, despite the popular involvement of unemployed youth in political instability and the subsequent international commitment to find lasting solutions to the phenomenon, there is still inadequate appreciation of the fact that worsening unemployment trends among the youth of any African country represents as danger signal for political instability and insecurity. In appreciating the involvement of youth in conflicts and political instability, therefore, the youth unemployment question must be adequately prioritised as a key component of poverty alleviation efforts in national and global policy making.

Compared to other parts of the world, Africa remains a relatively young continent where the median age is about 19 years and is only expected to reach about 25 years in 2046. As such, young people will continue to constitute about half of the population of most countries on the continent in the next three to five decades.

Notwithstanding, young people on the continent are the most adversely affected by unemployment. According to the International Labour Organization (ILO) global employment trends report of 2014, for instance, the average youth unemployment is currently about 11.8% against a regional total of 7.7% and an average of 6.0% for adults. Despite projections of marginal improvements for young people, of up to 11.7% by 2018, youth unemployment on the continent is still expected to be much higher than the projected total regional average of 7.5% and 6.0% for adults.1

Within the realities of Africa, these statistics represent an undercurrent of systematic marginalisation and neglect of young people at many levels of governance and development policies. The rate of unemployment among young people therefore points to the broader lack of equitable distribution of resources and marginalisation within the context of complex horizontal and vertical inequalities in African countries.

Even where an appreciable number of employment opportunities exist these are often outpaced by the youth population. Quality of employment among young people is usually as the employment rate in comparison with adult employment rates. High levels of poverty thus exist among young Africans even though most need to support their families and work for survival. Consequently, the percentage of working poor in sub-Saharan Africa is higher among young people. According to the ILO, "Given the high poverty levels and high share of vulnerable employment, youth employment in Sub-Saharan Africa is as much a qualitative as a quantitative problem."2

The result is pressure on unemployed young people to survive demonstrate relevance of social inclusion against a backdrop of dwindling opportunities, corruption, and fast-pace trends towards modernisation. Meanwhile social inclusion is challenged and threatened by lavish materialisation and the rising individualism of conservative African societies.

Social constructs are thus altered in many ways as the relevance of social structures and the state are questioned in the desperate quest for survival in the midst of crushing dynamic demographic stresses, such as rapid urban population growth, increasing numbers of young people and diminishing resources, particularly land.

In some countries, this has led to high rates of disaffected youth whose perceptions of the future are bleak. In others, the associated strive for opportunities in urban areas has led to the ruralisation of urban spaces through the rapid expansion of urban and peri-urban slums in places such as Korogocho, Kibera, and Mathare Valley in Nairobi; Sodom and Gomorrah in Accra; Makoko in Lagos, and the many other slums dotted around the cities of Africa. Apart from the challenge to governance, such settlements easily become a haven for social vices and no-go areas for law enforcement.

Between unemployment and political instability: Explaining the intervening variables

In the above context, many African countries have had to grapple with double desperadoes - unemployed young people who are both (a) desperate for opportunities that promise a better life and so are (b) vulnerable to recruitment by individuals and groups who promise such deliverables. Together with other social realities, vulnerable youth populations have become easy recruits for crime, rebel militias, political gangs and extremist networks.

Two factors explain this. First, in their quest for access to the centre of the state where resources, power and privileges exist, many have fallen prey to patronizing networks that usually operate to support political elites and economic heavyweights. Many are easily swayed into becoming foot soldiers for local activists who manipulate them into undermining political processes, as became evident in the 2007/8 post-elections violence in Kenya.

The second factor is that for many double desperadoes, participation in any rebellion most generally emerges from the juxtaposition of what can be potentially lost and what is to be gained. Given the fact that such young people have nothing to lose, the cost of their recruitment into conflict is low,3 thereby increasing their propensity to contribute to political instability, collective violence, crime and conflicts. In many African communities, double desperadoes will not lose any substantial material benefits should a civil conflict break out4. Rather, the breakdown of the rule of law and the chaos associated with conflict present criminal elements with an opportunity to support themselves by looting, robbing and even the excessive exploitation of natural resources in collusion with transnational organised criminals.

During the complex political emergencies that characterised West Africa in the 1990s (in Sierra Leone, Liberia and Côte d’Ivoire conflicts, the mix of these factors made it easy for warlords to exploit unemployed young people as soldiers in the. Young people comprised about 95% of the fighting forces and were mostly recruited from the gang networks made up of young adult desperadoes in the many slum communities5.

In a 2005 Human Rights Watch interview of some sixty former West African combatants, crippling poverty and hopelessness were identified as the fundamental factors which had which made them vulnerable to participation in armed rebellion. Many of them recounted the extent to which they battled daily against abject poverty and the traumatic struggle for daily survival caused by lack of access to resources. Given the difficult present, unpredictable future and unlikely fulfilment of their dreams, many of them thought that going to war was their best option for survival6. In recent times, the Arab Spring in North Africa has demonstrated that where young people feel or are politically excluded and economically marginalised, their proclivity to revolt cannot be contained by any measure of tough state response.

The two variables therefore make the phenomenon of unemployed youth a red flag situation for political instability in Africa. Where these variables encounter popular mobilisation through religious indoctrination, radicalisation, political polarisation or ethnic manipulation, then destabilisation and political instability are sure to emerge. Such is the case of the Mungiki sect and other criminal groups in Kenya; the Al-Shabaab Islamist militants in the Horn of Africa; Boko Haram in Nigeria; and Mujao and Ansar Dine in Northern Mali. A similar situation made it easy for armed militias in Nigeria’s Niger Delta region to recruit the many soldiers who wreaked havoc against government economic interests for many years.

Among other things, worsening unemployment trends are an important measure of inept leadership and the general lack of good governance. Growing levels of unemployment are a precursor of an explosive red alert situation and explain the involvement of unemployed youth in the many conflicts and political instabilities on the continent.

It is thus important that international and national responses to the phenomenon are adequately securitised in order to rally the necessary resources to address the phenomenon both in an effort to achieve political stabilisation and as a response to the development needs of many African countries.