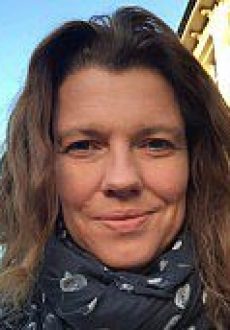 RW commentary author
There are currently 1.2 billion youth aged 15-24 1 in the world, the largest number of youth ever to have existed and 18% of the world’s population. By 2025, it is predicted that there will be 72 million more youth across the globe2. For some, this large generation of young people "as potential workers, voters, activists and innovators" is viewed as an opportunity. For others - as the majority of these young people live in contexts with high levels of poverty and unemployment - they are seen as a threat to peace and stability.

Indeed, over the last two decades, there has been an increased focus internationally on the role of children and youth in situations of war and violence. These discussions have tended to project two very different and dichotomous pictures of the roles and experiences of young people in violent contexts.

On the one hand, there has been a strong focus on children as victims of violence with the dissemination of images, stories and data about the suffering of children - whether due to their direct experiences of violence and death, their witnessing violence against loved ones, or the wider impact of war on their lives though displacement, malnutrition, disease and loss of education.

At the same time, there has been an increased focus on youth - especially young men - as the perpetrators of violence and a threat to security and stability. In the media and popular literature, boys and young men are often portrayed as cheap, ruthless manpower, manipulated by warlords or extremist groups and induced by drugs, alcohol, spiritual or material rewards to commit atrocities. Some commentators have warned that a "surging" youth population or "youth bulge" - combined with high unemployment and rapid urbanisation - is leading to increased violence and insecurity, especially in Africa and the Middle East3. Indeed, most recent analyses of violent conflict identify some form of "youth factor" in the generation or perpetuation of violence4.

There is certainly data and evidence to demonstrate the suffering of children due to war and violence. In 1996, Graça Machel authored a seminal report on the devastating impact of violent conflict on children5, which provided the basis for the establishment of the Office of the UN Special Representative of the Secretary General on Children and Armed Conflict as well as a new framework of international laws and policies aimed to protect children and prohibit their recruitment into armed groups.

There is also evidence of the role of youth in perpetrating violence. Throughout history, young people - especially young men - have dominated the ranks of national armies, elite battalions, organised armed opposition, militia groups, criminal gangs and extremist groups6. There is also research that demonstrates an association between a high relative youth population (often termed a "youth bulge") and a higher statistical risk of armed conflict7.

However, when we dig deeper to consider the findings of a wider range of research studies on the roles and experiences of young people in situations of violence, the picture becomes more complex than these dominant headlines and dichotomous images of children as victims and youth as perpetrators of violence.

Firstly, whilst a significant number of children under 18 suffer from the direct and indirect effects of violence, data shows that the majority of causalities of lethal armed violence worldwide are young men aged 15 to 29. This demographic suffers the highest rates of death by homicide internationally with young men also four to five times more likely to be killed by violence than young women8.

Young women, on the other hand, represent a disproportionate number of the victims of physical and sexual abuse and harmful practices such as female genital mutilation/cutting (FGM/C), both in peacetime - mostly perpetrated by intimate partners and family members - and in times of violent conflict when violence against women perpetrated by both family members and strangers escalates9.

Secondly, whilst research has demonstrated an association between a high relative youth population and a higher statistical risk of armed conflict, these findings are not a straightforward predictor of violence. They indicate which countries are likely to be at higher risk of violent conflict and, in fact, many countries with youth bulges have not recently suffered violence and are relatively stable (e.g. Benin, Botswana, Burkina Faso, Malawi, Nicaragua, Zambia).

Other studies show that demography is not the only risk factor and other variables (e.g. economic stress and associated levels of unemployment or underemployment; lack of access to quality education; poor governance; an absence of rule of law; high levels of inequality particularly between ethnicities or groups; and resource scarcity) are all important factors associated with the onset of violence. For example, research shows that the risk of violent conflict is higher when youth bulges coincide with periods of long-term economic decline and where there are low youth opportunities in the form of limited educational prospects, poor employment possibilities, and exclusion from political participation10.

Thirdly, while young men make up the majority of combatants and perpetrators of violence in most contexts, the majority do not get involved in violence. Despite this, there is a dearth of information about the daily lives of young people who do not engage directly in violence, what they do and why in the lead up to, during and after violent conflict to support and protect their families, negotiate their survival and resist violence. Also, while most combatants are young men, women make up an estimated 10-30% of armed forces and groups worldwide11. For example, in 2008, an estimated 100,000 girls under 18 were fighting in armed conflicts around the world12.

These figures oblige us to look carefully at which young people join armed groups (whether regular or irregular), why they do so and what can be done to prevent the direct participation of young men and women in violent groups and activities. There is a growing body of research in this area that moves beyond simplistic, one-dimensional propositions about young people’s greed (access to income, resources, protection or social status) or grievances (social, economic and political exclusion and a lack of opportunities) to explore the range of inter-related factors that can influence how and why particular young people engage in violence in particular contexts13.

Central to this research is a focus on how young people’s transition to adulthood can become blocked or prolonged due to a lack of opportunities and various forms of exclusion, with both young men and young women unable to live up to societal expectations of adult male and female roles. Studies suggest that the frustrations associated with being "stuck" in youth-hood combined with the possibilities that becoming a combatant might offer the attainment of some form of status can lead some young people to engage in violence14.

However, again, it is important to acknowledge that there are many young people who suffer high levels of relative deprivation and exclusion and young men and women who cannot obtain socially accepted man- or womanhood and yet do not engage in violence. It is therefore critical that researchers conduct more studies to understand the situation of specific groups of young men and women in specific contexts. Research needs to explore where, when and how young people’s grievances are harnessed and the processes by which they join militant organisations, the specific roles they play, and how they come to see engagement in violence as a legitimate option.

In this respect, we need future research to focus on areas such as: the specific tactics used to recruit, coerce, indoctrinate and socialise young people into violence; the role of charismatic leaders, group dynamics and peer influence in these processes15; the use of political, religious and other identity-based ideologies to provide explanatory frameworks for grievances and powerful discourses to mobilise young people into violence16; and the role of trigger events whether at a societal (e.g. elections, political events, security force abuses, sudden policy change) or individual level (e.g. personal loss and trauma).

We also need further research to gain a better understanding of how young people resist violence and whether there are societal, community and individual-level "protective" factors that can foster resilience and prevent young people from engaging in violence. For example, some studies suggest that "strong communities" and young people’s involvement in associations can build their social capital and sense of belonging and empowerment and act as a deterrent to engagement in violence17. At an individual level, research suggests that protective factors can include traits such as resourcefulness, intellectual curiosity, flexibility around emotional experiences, having a purpose and a need and ability to help others18.

Finally, the positive roles that young people can and do play in building peace and promoting recovery and development, or simply supporting their families and communities during and after war and violence, are insufficiently acknowledged. With a dearth of international funding for youth organisations and initiatives, young people have often initiated, led and funded their own programmes. These have included initiatives to provide or revitalise basic services, to promote dialogue and reconciliation19, to increase the economic and political participation of young people20, and to engage in advocacy and protests to bring about social and political change. We urgently need to know more about these initiatives and their impacts so that we can invest in supporting the next generation of youth to lead fulfilled and productive lives free of violence.

1 This is the United Nations definition of youth as those aged 15-24. However, there is no internationally agreed definition of "youth" or "young people". Instead, there is significant variation in the way young people are defined in policies, legislation and research and the term "youth" often has very different meanings in different socio-cultural contexts around the world.

7 See Urdal, H. (2006). "A Clash of Generations? Youth Bulges and Political Violence". International Studies Quarterly, Vol. 50: 3, pp 607-629. Urdal tests the claim that youth bulges potentially increase both opportunities and motives for political violence through a time-series cross-national statistical model for internal armed conflict for the period 1950-2000, and for event data for terrorism and rioting for the years 1984-1995. He concludes that youth bulges (relative cohort size) increase the risk of low-intensity political violence (internal armed conflict, terrorism and rioting).

9 UNFPA and Save the Children (2009). Adolescent Sexual and Reproductive Health Toolkit for Humanitarian Settings.

14 See Salehi-Isfahani, D. and Dhillon N. (2008). "Stalled Youth Transitions in the Middle East: a Framework for Policy Reform"; Kraetsch, M. (2008). "Middle East Youth Initiative" (Paper presented at the conference "Youth Exclusion and Political Violence", Oslo); Sommers, M. (2012). Stuck: Rwandan Youth and the Struggle for Adulthood. Note the idea that the transition to adulthood is ‘stalled’ does not necessarily mean that young people are not taking on any adult roles. Indeed, in many contexts young people may take on some adult responsibilities - such as generating an income for their family - at a very young age.

17 See, for example, Dowdney, L. 2005 (ed.). Neither War nor Peace: International comparisons of children and youth in organised armed violence; Peters, K., Richards, P. and Vlassenroot, K. (2003). "What Happens to Youth During and After Wars? A preliminary review of literature on Africa and assessment on the debate"; Cuesta, J., Alda, E. and Lamas, J. (2007). "Social Capital, Violence and Public Intervention: The case of Cali", Inter-American Development Bank. http://idbdocs.iadb.org/wsdocs/getdocument.aspx?docnum=973008

19 For example, see case studies in Search for Common Ground (2009). Children, Youth and Conflict; Introductory toolkit for engaging children and youth in conflict transformation, Washington: Search for Common Ground. http://www.sfcg.org/programmes/childrenandyouth/pdf/toolkit.pdf Save the Children (no date), draft document on Children, Youth and Peace building - why children and youth need a UN Security Council Resolution on peacebuilding.