Exploring the role of youth in reconciliation and conflict transformation 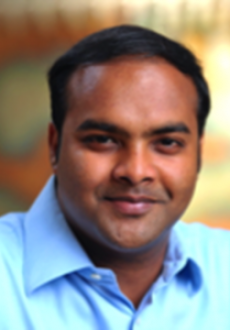 The youth population has been growing in staggering proportions across the developing world. The world is getting younger. Today, one in every four people is below the age of 25. From the Arab Spring to the 2008 elections in the United States, young people are active and engaged change-makers. Youth across the world have taken many steps towards creating movement to promote positive change in their communities. Yet history has revealed time and time again the propensity of youth towards violence. Young people have been manipulated by extremist factions to demonize an entire group of people and choose violence as their only option. Young people have been brainwashed, used as tools of violence, and left with futures ruined. Even today in Syria, Iraq, South Sudan, Myanmar, and Ukraine extremist groups attempt to brainwash and manipulate vulnerable youth. President Herbert Hoover once said “Older men declare war. But it is youth that must fight and die.” Can the pendulum shift? Is it possible for youth to declare peace and lead their communities towards non-violence and reconciliation? Do they have the credibility, the resources and the social capital to positively influence their society? In conflict zones across the world is it possible for youth to set the standards for new ways to engage in dialogue, non-violence and development? This research seeks to answer these questions by exploring the work of youth activists and movements in conflict zones across the world. The key question this research pursues can be summed up as; can youth play a pivotal role in conflict transformation and reconciliation? This research will also explore the challenges and victories of youth movements that are working towards positive change in war-torn communities. This ongoing research seeks to listen carefully to young voices in conflict zones across the world, to understand the capacity and challenges involved for youth when they take an active role in leading efforts for reconciliation and conflict transformation.

Reconciliation is defined by its Hebrew root word ‘Tikuum Olam’ which means a three-part process of HEAL, REPAIR AND TRANSFORM. In order to HEAL the impact of tribal or ethnic division, civil war and violence, a process of acknowledging the evils that have been committed is essential. History has proven that grievances ignored will eventually destroy the potential for a sustainable peace. Authentic reconciliation and healing is not possible without justice and equality. This is a fundamental requirement for reconciliation.

REPAIRING the structures involves ensuring that those wounds do not re-occur in today's society and ensuring resistance towards structural violence. TRANSFORMATION lies in the process of creating a national identity and a sense of belonging for all. An environment where no one is placed in a situation in which they feel they are ‘second class citizens’ because of their ethnicity, religion, gender, or socio-economic standing.

Can, and have, youth conflict zones contributed to this process of HEAL, REPAIR AND TRANSFORM? Are they bringing their communities together in a journey towards reconciliation?

"The strategy behind the concept of Conflict Transformation is to comprehend and respond to the ebb and flow of social unrest, transforming it into life-enhancing opportunities to create constructive change. The ultimate goal of this process is to reduce violence, increase justice in direct interactions and social structures, and respond to real life problems in human relationships."

Are youth in these conflict zones reducing violence, increasing justice in direct international and social structures? Are they responding to issues of human relationships in their communities?

The definition of adolescence and youth varies from culture to cultures. The important fact to be consider in this case is the age bracket for highest levels of peace activism or violent engagement. Therefore this research will look youth activists between the ages of 15 and 30.

Interviews will be conducted in Uganda, DRC, Sri Lanka and Northern Ireland to explore the question: ‘Can youth play a pivotal role in conflict transformation and reconciliation?’ These nations have been selected based on their possession of the following: a strong and growing youth population, a history of violent conflict in its past, with youth at the forefront of violence, developing economies, and a shared, yet varied, version of colonial history. While there are many unifying similarities between these countries and their struggles, there are differences in the nature of the underlying issues. For some the struggle is related to ethnic, religious, or tribal differences and strife, while for others it is conflict related to resources, as well as to drug-based violence and wars. The countries selected will represent a wide range of geographical diversity spread across four continents. This research will seek to explore the opportunities and the challenges inherent in the effort to empower youth to engage within their society. The methods used to do this will take the form of ethnographic research to understand the qualitative components of the conflict and engagement, coupled with quantitative methods to help identify specific areas and approaches of engagement. The research will also seek to interview the youth of various subcultures within these societies to further understand the context in which they would navigate their way as agents of change. The youth being interviewed will span the spectrum, ranging from those who consider themselves to be activists, youth who have decided to be passive observers, as well as those who are pessimistic about change. The research will also seek to interview a balanced representation of members from different genders, socioeconomic status, both rural and urban environments, as well as the ethnic and religious divides of each nation. In each country chosen for research, 100 subjects will be interviewed through surveys. Ethnographic methods will be explored to offer a deeper insight into specific areas of challenges and opportunities for youth engagement. Ten subjects from each nation will be interviewed on this level of research and they too will be selected in order to represent the various demographics of each nation. In total, this research will have the input of 400 surveys and 40 ethnographic studies.

Why focus on youth?

A few statistics regarding violence against youth in conflict zones:

·         According to a UN report in 2002, since 1990, more than two million children have been killed because of armed conflict in the preceding decade, and more than six million have been disabled.

·         One billion children today are living in areas affected by war or conflict.

Prone to be involved in violence

As research confirms, violence is the growing cause of death among youth. It is in fact the number one cause of death for youth around the world. Investing in youth to resist extremist notions, make wiser non-violent choices, and invest their energy in peace and reconciliation, is vital for change. If youth are not helped to direct their attention to positive ends they too will end up being prey to extremist groups who seek to utilize them for their own violent ends.

The process of Heal, Repair, and Transform is not an event or a goal, it is a lifestyle and a process. Reconciliation takes a generation and is a long-term journey. Youth have the capacity and life span to engage in the long run. Investing in a new generation that will be future leaders in their countries can help break the cycles of political deadlock, ethno-centric, adversarial, and competitive politics, and lead nations to true justice and reconciliation.

Not crippled by hate

Many youth in conflict zones grow up in a context where they inherit prejudice and hate. Yet, most of these inherited prejudices can be overcome by positive life experiences. For many of the older generation the negative experiences of the past have left them jaded and damaged by animosity. Youth movements that are working towards reconciliation and conflict transformation are working to bring down the walls between opposing ethnic groups. The longer society remains segregated and communities live apart from each other, the deeper the hatred and greater the chance for animosity to continue. Investing in the next generation will expand their worldview, challenge flawed perceptions, broad assumptions, and stereotypes. Increased interaction will help youth change their mindsets, have a broader world view and be willing to judge people for their character and potential – not by the community they belong to.

At an early age, youth can be just as easily molded towards violence, as they can be molded towards reconciliation. Reconciliation is hampered in a society where prejudices and misconceptions across ethnic, religious and tribal lines thrive. Therefore creating an environment where a new generation of leaders has an opportunity to interact, understand, and grow with communities that were once viewed as enemies helps expand their worldview and thus open to alternate approaches to violence.

Violence is a manifestation of a deeper problem and needs to be addressed from the bottom up. Youth don’t find themselves in the halls of political power. Changing policy or lobbying for political mandates for change is beyond their reach. Youth activism is left with no option but a grassroots approach. The key is to influence a wide range of social factors and create upward momentum for change. This attribute of youth activism while a major challenge, also remains a powerful asset. The strength remains in its ability to refine society while striving for broader political change. Their influence begins outside conventional and political realms of leadership, yet helps address root causes and engages the broader society.

The importance of engaging youth for the sake of representation is no longer a sufficient approach. Many disgruntled youth from across the world are falling prey to extremist rhetoric and are recruited for violence. The phenomena is prevalent in conflict zones across the world. The opportunity cost of not giving youth the required education and vocational opportunities, identity and purpose has slipped beyond a missed opportunity. Rather it has morphed into a liability. Therefore questioning a need for an alternate approach in dealing with youth seems a pertinent question. Can youth play a pivotal role for reconciliation in conflict transformation? This research’s focus on Sri Lanka, Congo , Uganda and Northern Ireland will help uncover truth and make a case for a radical new approach to turn youth from a dismissed demographic into the creators and ambassadors of sustainable peace.

Philpott, Daniel. The Politics of past Evil: Religion, Reconciliation, and the Dilemmas of Transitional Justice. Notre Dame, Ind.: U of Notre Dame, 2006.