Youth and the Challenges of 'Post-Conflict' Peacebuilding 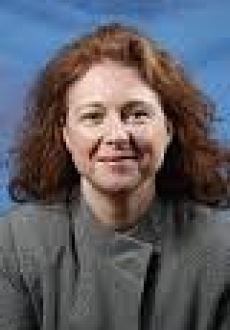 RW commentary author
Dr Siobhan McEvoy-Levy is Associate Professor of Political Science, and Fellow of the Desmond Tutu Centre for Peace, Reconciliation and Global Justice, at Butler University in Indianapolis

Where young people have experienced armed power, political promises in recruitment, and positive self-concepts and identity in armed conflict, the transition to 'peace' is very difficult and inter-generational conflict is likely after war and other periods of social and political turmoil. (1)

Even youth who have been actively involved in non-violent mass movements, rather than in war-fighting or political violence, are marginalized during political transitions, as political power flows to adult leadership, elders, or external power-broking elites. Some of these dynamics were vividly seen during the 'Arab Spring.' But the pattern of youth activists being outmanoeuvred by older and more experienced political actors is widespread and it cuts across regions and regime-types.

Youth are subordinate to adult elites who make political decisions, sign peace accords, write history, and distribute aid. And despite being the catalysts and fighters of wars and revolutions, despite having their futures drastically altered by conflict, youth get left out of many aspects of peacebuilding. This is more than an ironic contradiction. It is a set of processes around which further reflection, dialogue and research is needed.

Although every context has important differences, some aspects of the setting are all too familiar: in post-war periods, traditional structures and/or key institutions (such as education, health or leisure) that might protect young people, mitigate youth violence, and productively channel youth energies, are often non-existent or fragile.

Parental, elder and external authority may be disputed. Often, youth grievances from before the war can be linked to repressive or unfair systems of local governance and resource distribution, which remain unchanged post-war or are actively reproduced through donor aid efforts. (2)

Likewise, re-opening schools, while essential, may not address the needs of older youth, and teachers may be distrusted and/or they may be distrustful of youth. The questions, criticism and creativity of youth are often not rewarded or fostered in these contexts.

Policies or legislation requiring government bodies or organizations to consult with young people, or that create youth departments and councils stuck on the fringes of bureaucracies, are not enough to expand political space in meaningful ways for peacebuilding in these kinds of contexts.

New conflicts threaten from outside, as regional wars and rumours of war persist. Various forms of state-sponsored and factional violence continue to target youth (both directly and indirectly) and gangs and community defence organizations and militias may develop with marginal youth at their centres. War-related trauma is widespread and the practical difficulties of economic survival compound it, creating new grievances. (3)

Many of the same problems experienced during and before war still exist but they can take on a new meaning. A peace process, democratic transition, or reconstruction period, is a powerful symbol, as well as a lived experience. It raises expectations. As both symbol and experience, it shapes attitudes and values and young people's interpretations of its relative costs and benefits form an important test of its legitimacy and sustainability.

Many studies have shown how youth are creative and resilient, and that most young people are not violent. (4) Yet peace processes continue to fail to create a political space welcoming to youth. In addition to being an injustice, this is not a helpful message, nor an accurate portrayal of young people's actual activities or inclinations. It suggests, unintentionally, that youth have no proper role in non-violent conflict - in the politics of peace.

Research aimed at knowing more about the barriers to youth inclusion in the politics of 'post-conflict' peacebuilding, including how leaders perceive youth and the risks involved in their inclusion, would be welcome. Though I suspect that much of it boils down to fear, elite/adult territoriality (or paternalistic self-interest), there are other complex factors at work, as well.

The challenge of integrating young people's needs and interests with those of peacebuilding is multifaceted, and full of grey areas. For example, there may be no bright line between those who are combatants, nonviolent protestors, human rights activists, and/or who shift into gangs and criminal organizations, after being active in political struggles, as they seek to find a place for themselves in their new societies. People can have all of these roles at different times - an important thing to remember when considering present 'terrorists' or 'Jihadis'.

Unfortunately, this lack of distinction can also help local leaders justify repressive policies towards youth whose politics threaten their interests. Governments defining non-violent protesters as 'thugs' or 'terrorists' illustrate how those labels are often convenient and politicized. Yet, none of this should be surprising.

This dynamic of youth-to-adult subordination simply mirrors other arenas in which adults are reluctant to share power with youth or to incorporate young's people knowledge into their projects (unless its suits their interests and mirrors their own views).

Within academic, research and policy development circles, we also need to be alert to how we keep this division alive as well. For instance, the language of youth 'crisis' or 'harnessing' youth as 'assets' can be a double-edged sword.

These labels command attention and rightly identify youth capabilities. They get youth on the policy agenda. But they also, in a way, reproduce the logic of the military recruiters, in that they engage in a cost-benefit analysis that employs youth as means to an end.

Should this kind of instrumentalization of youth matter when the laudable end is 'peace'? Is positioning youth as the solution, rather than the problem, not a clever counter strategy? It may persuade elites to, in their own self-interest, take youth on board.

Presenting youth as 'assets' or 'resources' to encourage their invitation into power-sharing situations is a way of acknowledging young people's right to participation. However, if youth are framed as 'resources' rather than 'rights holders,' their inclusion may be short term. The costs of youth involvement may at some point seem to outweigh the advantages. Since in the first place, their inclusion was predicated upon a view of preventing a youth 'threat,' it will not be hard for political elites to make the switch to containment of youth. Viewed now as 'liabilities,' young people will be handled, rather than engaged.

If young activists incite fear or often end up marginalized or out-played as other, older actors take control, what can be done? First, for genuine participation to happen, young people need to be better prepared to engage in conflict, not avoid it, through political training, apprenticeships and mentorship in how to effect political change with groups who don't have a vested interest in using them for their own agendas. Instead of creating underfunded and politically peripheral youth ministries or shadow youth parliaments, real expansion of political space could be fostered through:

- lowering voting ages; - ensuring high-level access and roles for youth representatives in decision-making about policies that affect their lives: these include security policies as well as those on education, health and employment.

Young people growing up in conflict zones are already politicized. (5) And they make choices about how to act. For instance, in my research, many cite the opportunity for international travel to be part of youth conferences or to get training in non-violent techniques or community development, as events that made the difference between their adopting violent or non-violent techniques of struggle, or falling into apathy and despair. (6) So even smaller efforts can be very worthwhile.

Second, sharing political power, in the broadest sense, means co-creation of plans for the future, and, crucially, co-curation of knowledge about the past. War losses and trauma have trans-generational effects, including mental health and relationship problems, and an inability to think and act in future-oriented ways. Forgetting also leads to glamourizing past conflict, denying atrocities, valorising the fighter, and sowing seeds for new cycles of violence.

We need to know more about young people's roles as social connectors and ideological reproducers, who create, shape and pass on social meaning. Networks of youth, including, but not limited to, social media networks, are some already existing conduits for peacebuilding messages and they offer much more potential.

Some will argue that it is too risky to expand political space to include youth. More research to distinguish between real and perceived risks would be useful. Young people are already exposed to risk. There is the risk of renewed fighting; risks associated with being displaced and living in economically precarious situations; the risk of 'waithood' that will mean never completing the rights of passage to full adulthood (7); and the risks associated with incomplete mourning and unhealed trauma in families and communities.

Youth should be represented in political negotiations, peace processes, and in transitional justice and reconstruction efforts for at least four reasons, therefore: because they had roles in the conflicts and struggles that went before; because they have rights to participation; because they also have important knowledge and ideas to contribute; and because long-term, sustained peace requires intergenerational healing. But building capacity among elite decision-makers, as well as among youth, will be crucial. The capacity to share power with young people needs to be built at the highest levels.

(5) For example, see an interesting discussion in Greenberg J. (2014). After the Revolution. Youth, Democracy, and the Politics of Disappoinment in Serbia. Stanford, California: Stanford University Press.