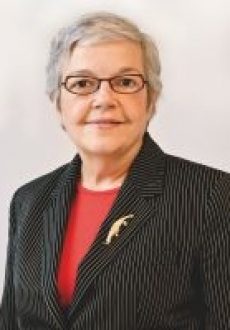 Adolescents will figure in the new Global Strategy on Women’s and Children’s Health, being prepared by the UN Secretary General.  This might have significant consequences. The first global strategy ignored adolescents but raised the political commitment for Women’s and Children’s Health, resulting in increased resources for countries in which rates of maternal and child mortality were large. The inclusion of adolescents in the title of the new strategy will hopefully bring much-needed political force and resources to the largest cohort of adolescents the world has ever seen.

Globally, there are approximately 1.2 billion adolescents between the ages of 10-19.  The inclusion of adolescents in the new Strategy is the result of a growing awareness from several sources of the importance of this generation’s needs.

First, health experts have gathered evidence of the huge toll that poor services and social determinants bear on the health and well-being of adolescents worldwide. Poor health means less school, a trend that has been seen throughout the world.  And while the mortality rate among adolescents is obviously not as high as that of older people, young people experience disproportionally higher rates of violent death, including accidents, murders, and suicides, all of which can be dramatically diminished by enlightened inter-sectorial policies.

Researchers have also called attention to huge inequalities affecting adolescents. Whenever data is available for comparisons between wealth quintiles, adolescents living in poverty fare much worse than those in upper levels of wealth in any dimension considered. There are also age inequalities. For instance, when compared with adult women, sexually active adolescent girls usually have a much larger gap between their desire to avoid a pregnancy and access to contraceptives: what demographers call the unmet need for contraceptives.

Second, among policy makers the emergence of concern with the growing impact of Non-Communicable Diseases (NCDs) has paradoxically raised the importance of adolescent health. The damage caused to human well-being and the escalating costs of treatments of NCDs present a Sisyphean challenge for health systems unable to cope with an ever-increasing burden. Adolescents have a relatively low incidence of NCDs, but it is at this phase in life that health-damaging behaviors begin to emerge. Prevention of smoking, alcohol abuse, and regular consumption of unhealthy foods, needs to start early in life. Creative policies and new legislation need to be implemented if we are to have a fighting chance of defeating the huge threats of NCDs.

Third, new brain research has highlighted the plasticity of the adolescent’s brain indicating a huge window of opportunity for societies to invest. This will be essential, with so many unknowns ahead requiring innovation and creativity from new generations to preserve their well-being.

Fourth, adolescents themselves emerged as new political actors, either demonstrating on the streets around the world or trying to get a seat at the table in local, national, and global policymaking fora. Their rapid adoption of new technologies has opened the doors for greater access to information, much more active and broad communication, and increased visibility. They are still far from conquering full participation in decision-making but they are getting more attention in circles that previously ignored them. The agenda of adolescent activists is wide; health is a key item in this agenda.

The health needs of adolescents are therefore starting to receive the attention they deserve. The special needs of adolescent girls, however, are still not fully recognized.  Adolescence is perhaps a period of life when the vulnerability of girls is at its highest. The tragic abduction of hundreds of girls in Nigeria by a terrorist group provoked outrage throughout the world. But hundreds of thousands of girls in most countries have to organize their lives to circumvent real or perceived physical or social threats to their integrity. Social controls of different shapes and forms combine to constrain their movements and aspirations. Even something as apparently safe as fighting for girls’ education can, in some settings, put them in harm’s way as happened with Malala in Pakistan.  And human trafficking affects a disproportionate number of adolescents. In what might be considered relatively benign settings, their reputation is vulnerable even when they don’t venture into the many spaces that are considered unsafe.

Girls’ vulnerability is frequently linked to issues related to sexuality. The risk of pregnancy and infections is certainly not the only source of vulnerability, but is a key element everywhere in the world. Traditional gender norms establish strict control over the sexuality of women and girls and begin to affect the lives of girls from a very early age. Problems can also start very early. In my home country of Brazil, for example, an average of 82 girls under 15 give birth every day. This is hardly an anomaly in a world where girls’ autonomy is hardly respected and more than half of women ages 15-19 who are sexually active and want to avoid pregnancy have an unmet need for contraception.[1]

Conservatives are not indifferent to the vulnerability of girls, but their proposed solutions do not address the root causes, and can frequently aggravate the problem. A favorite magic bullet is strengthening the family, ignoring the social determinants of weak families and – even more damaging – reinforcing traditional power dynamics within families that are extremely damaging to girls. For example, child marriage is a huge problem: worldwide, an estimated 15 million girls are married each year,[2] often against their will and often to much older men.

The solution involves addressing poverty and social and cultural determinants, including questioning the scope of parental authority. Many girls are most vulnerable inside their own families. Incest and sexual abuse are common, as are other types of physical and psychological violence. The last thing girls trapped inside these families need are stronger cages.

Increased attention to adolescent health is very much welcome and hopefully will take into account girls’ vulnerability. It is important that research and policies on adolescent health do not ignore the fact that gender inequality persists and thrives today. Unfortunately, much of the discourse on adolescents is gender neutral, which obliterates the vulnerability of women and girls in many realms. Gender inequality among adults is important for adolescents because it affects their perception of opportunities and the expectations that shape their day-to-day behavior and attitudes. For instance, women’s overwhelming responsibility for care work in families and societies does not go unnoticed by the young.  This may affect a girl’s sense of empowerment in subtle and not so subtle ways.  The economist Amartya Sen has called attention to agency as one of the key elements of well-being.

I am honored to be a member of a new Lancet Commission on Adolescent Health, co-sponsored by the University of Melbourne, University College London, the London School for Hygiene and Tropical Medicine, and Columbia University, and led by George Patton. We are hard at work preparing a comprehensive report due by the end of the year. It will include critical analysis of available scientific evidence and recommendations for policies. We had interesting discussions on how prominent the issues of sexual health and reproductive health should be. On the one hand, we don’t want other important issues to be obfuscated. On the other, we cannot ignore how important sexuality and reproduction are, especially at a period of life when identities are being consolidated and risks are higher.

Many of the low hanging fruits – policies likely to have an impact with lower levels of investments – are health and educational policies that address sexual and reproductive health and rights. Access to youth-friendly health services and comprehensive sexuality education are relatively low cost interventions with multiple individual and societal benefits.  Comprehensive sexuality education has proven to help adolescents build the autonomy, knowledge, and self-esteem needed to topple harmful gender norms and practices. In these programs, young people are taught to respect diversity and defend their right to be respected. They are encouraged to develop their own values and overcome insecurities.  They also develop the skills needed to rank and assess risks according to their own priorities, not those imposed from the outside.

Last year, a rigorous meta-analysis of school-based sex education in low- and middle-income countries found 64 studies that met the highest standards of scientific methodology.  The conclusion was that students who received sex education had higher HIV knowledge, were more confident to refuse sex or to use condoms, had fewer sexual partners, and had later initiation of first sex.[3] Studies from the World Bank show the economic benefits of empowering girls to delay pregnancies they do not want.[4]

Adequate financing, intellectual capital, research and political will should be mobilized for policies that help adolescents transition to adulthood safely.  We need a range of programs that help young people resist child marriage and smoking, and programs that help foster self-esteem and autonomy.

Dismantling entrenched beliefs about adolescence and decades of antiquated policies and programs is not an easy task.  But, with political will and financial resources, we can give this generation what they need, want and deserve.

[1]Guttmacher Institute, Adding it Up, 2015.
[2] Girls Not Brides, http://www.girlsnotbrides.org/about-child-marriage/
[3]Virginia A. Fonner , et al. “School Based Sex Education and HIV Prevention in Low- and Middle-Income Countries: A Systematic Review and Meta-Analysis.” PLOS, March 4, 2014
[4]Jad Chaaban and Wendy Cunningham “Measuring the Economic Gain of Investing in Girls: The Girl Effect Dividend”, 2011