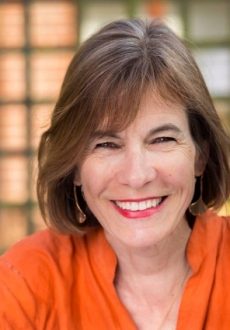 Girls, and in particular adolescent girls, have become a major focus in the development sector in the past few years.Many of the major United Nations and multilateral development organizations, as well as international non-governmental organizations and the private sector, now have girls’ programming.

This is a positive step. For many decades, ‘girls’ in the development sector were often categorised either as ‘women’ or as ‘children’. There was little disaggregation either of data or of programming by sex and age, and the particular needs of girls, in particular adolescent girls, were neglected by many.[1]

There is now increasing recognition that adolescent girls, on the cusp of becoming women, are particularly vulnerable – for example to early and forced marriage, or to sexual exploitation. But there is also understanding that this means intervening at this point in time can bring many benefits, not only for the girl herself but for her future family. For example, we know that if a girl goes to school (often even despite the poor quality of that schooling) she is more likely to be able to find work that will give her a modicum of independence, is more likely to know how to keep her own children safe and healthy, and in turn more likely to send them to school.

More recently, projects and programmes have begun to examine not only the ways in which individual girls can be supported, but the structural barriers that prevent girls having the same choices in life as their brothers. [2]

As part of this, there is a renewed interest in how men can be involved in working for gender equality, recognising that men still hold the power in many families, communities and societies. Religious leaders and politicians are often men, and they shape the lives of women and men, girls and boys. Fathers are often the ones who still make the decisions about whether their daughter goes to school, or when and who she marries.

However, there is still one group that has received relatively little attention, and that is adolescent boys. When I visit groups of girls for my work in different countries, the boys are often there on the sidelines, asking why they have been left out. They are jumping up to look in the windows of the health clinic or peering into the door of a meeting house.

Of course it is important to give girls space to talk away from boys, and projects where they can discuss and learn as girls, on their own.

But even looking at this from a girls’ perspective, the strategy of leaving out the boys seems short-sighted for it is inevitable that they will have a huge influence on girls’ lives. For one thing, they are their future (sometimes not very far in the future) husbands and fathers to their children.  They may become supportive husbands and caring fathers, but they may also be authoritarian or even violent.

We know that while attitudes and social norms are shaped at an early age, adolescence is a key transition period for boys as well as girls; adolescence is the time when boys learn what it means to be a man. It may also be the time when negative attitudes towards girls and women are reinforced, and when they may feel pressure to behave in stereotypical ‘male’ ways; ways that continue into adulthood and may then be passed on to their own male children.

The negative consequences of such attitudes and behaviour for girls and young women are clear. Not just for the one in 10 girls and women globally who have experienced forced intercourse or forced sexual acts[3] or the 180 who are killed every day around the world, mostly by an intimate male partner,[4]but for all those who are denied the choices and opportunities in life given to their brothers. This alone should be enough of an argument for working with boys as well.

But negative social norms also have an adverse effect on boys and young men.

For example, although in many countries more boys than girls still go to primary school, boys are now dropping out of school at a faster rate than girls. They are also doing less well academically.[5]

Young men are less likely to visit a doctor or a clinic or to seek information about their health – as a result, 60 per cent of men and boys aged 15 to 24 do not have accurate and comprehensive knowledge about HIV and how to avoid transmission.[6]

Young men have high rates of alcohol and substance use. Studies in both the US and South Africa have found that young men who adhere to traditional views of manhood were more likely to engage in substance use, violence and delinquency, and unsafe sexual practices.[7]

In addition, boys and young men may be the main perpetrators of violence but they are also the main victims. In 2014 eight out of ten of the 437,000 people who died from homicide in the world in 2014 were men. More than half were under 30. [8]

Young men also have among the highest rates of death by traffic accidents, suicide and violence. In Brazil, Colombia, Jamaica and some parts of sub-Saharan Africa, more young men die in these ways than in countries at war. [9]

This is not to say that boys and young men are worse off than girls and young women – men still hold power in most countries - but gender inequality has negative effects on both sexes.

To date, most of the projects around male engagement in gender equality have focused on adult men, but there is increasing recognition of the need to involve boys and young men in challenging gender stereotypes and violence.

For example, in India, Parivartan’s ‘Coaching boys into men’ programme[10] works with boys through sport; in a number of countries Instituto Promundo [11] engages young men in its ‘Program H’ training to encourage critical reflection about the rigid norms related to manhood; in South Africa Sonke Gender Justice[12]runs the ‘One Man Can’ campaign to encourage men and boys to support gender equality, and prevent gender-based violence and HIV/AIDS.

If the many projects and programmes with girls are to have the desired outcomes, then there also needs to be investment in boys – not instead of, but as well as, the work with girls. Boys and young men too need to learn new ways of being. They need to learn to respect girls and women – and to respect themselves. They need to understand that there is more than one way of being a man.  This will have an impact not only on women and girls but also on boys’ own lives as they grow into men. It means that they may be more likely to become more equal and non-violent husbands and fathers. And this can only be a win-win for both sexes.

International Center for Research on Women (2010). The girl effect: What do boys have to do with it? A briefing note for an expert meeting and workshop October 5-6. Washington, D.C., ICRW.