'Back to the future': What understanding of the lifecourse can (and cannot) tell us about youth and adult health’

20 Apr 2015
Rima Afifi, Professor in the Department of Health Promotion and Community Health, and Associate Dean of the Faculty of Health Sciences at the American University of Beirut (AUB) 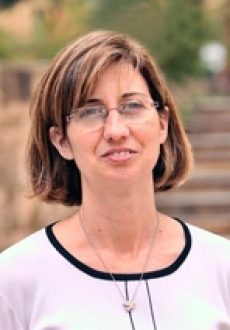 Research Watch commentary author
“Your future is what you make of it.”  - Back to the Future movie ending line

“The future depends on what we do in the present.”  - Ghandi

Lifecourse models suggested that adolescent and adult health is “more than a combination of … genetic endowment and (adolescent or) adult lifestyle choices, and that social, psychological, and environmental factors operating early in life could have major impacts on both short- and long-term outcomes” (Halfon et al, 2014, p. 345). This approach therefore asserts that no life stage can be understood in absence of an understanding of the others (Johnson et al, 2011).  The models suggest that exposures could be combined, accumulated, or could interact to impact (adolescent and) adult health (Pollitt et al, 2005).

The quotes above illustrate the strength and limitations of a lifecourse approach to adolescent health by pointing to the importance of early experiences in shaping youth health, as well as acknowledging agency in influencing the impact of such circumstances.  The below will expand on these concepts.

Early life course perspective models focused mostly on the impact of early infant and child experiences and circumstances and its influence on health and development throughout the life course.  More recent discussions have focused specifically on experiences in the period of adolescence that have unique impact on adult health (Due et al, 2011).  Cumulative advantaged/disadvantage is both a function of collectivities and individuals (Dannefer, 2003).

Four specific ‘pathways of influence’ of adolescent on adult health have been  documented: a health pathway: both physical (headaches,, ) and mental (depression, ..) health conditions in adolescents have been found to affect adult health; health behavior pathway: the uptake of behaviors in adolescents is clearly patterned on adult health outcomes;  relational pathways such as teenage pregnancy and marriage, and bullying; and educational pathways where continued school enrolment provides both current and future benefit (Due et al., 2011).

Those who are displaced then are faced with circumstances that influence their adult trajectories, for example, many  Syrian children and adolescent in Lebanon are out of school, and during the early days of the crisis, did not have any access to immunizations (or other health services) –  ultimately affecting their health in the next life stage and illustrating mechanism ii.

This lack of access to school and health serves was more pronounced for those who were socio-economically disadvantaged, illustrating mechanism iii.   Once the Syrians flee their country to Lebanon, those who are more disadvantaged are housed in tents or internally displaced persons shelters or in unfinished buildings whereas those that are more advantaged (even if fleeing) rent out apartments or stay in hotels illustrating mechanisms iv.  This links back to mechanism i as their exposures become differentiated from others. These mechanism and pathways can just as easily be applied to uptake of tobacco, alcohol, obesity, and others (Due et al., 2011).

The lifecourse differs for women and men (Crockett & Beal, 2012); as a function of differential expectations imposed on them by cultural norms (particularly in patriarchal societies) and around timing of marriage and family formation.  The mechanisms of differentiation can thus often disadvantage adolescent girls more than their counterparts.  These gender differences play out even more extensively in situations of uncertainty and emergencies.

Recent research suggests that stressful experiences in infancy and adolescence can actually change the brain (McEwen & Morrison, 2013).  The structure and function of the prefrontal cortex of young animals was affected by stress.  More research is needed to understand the impact of lifecourse events on brain and brain development.

However, though research has demonstrated that the foundations for social exclusion processes and youth vulnerabilities begin early in life (Schoon & Byner, 2003; Hardgrove et al., 2014), evidence also points to the importance of youth agency and internal and external protective factors in shifting trajectories.  “Young people do not suffer crises passively, but have a major role in shaping their destinies. Some display significant resilience in the face of adversity ..”  (Hardgrove et al., 2014, p.11).

Thus, continuities and discontinuities characterize the influence of the life course on adolescent (and adult) health; and research is still investigating  “whether and how  the development we observe in adolescence is embedded within stable trajectories across the life stages or instead represents a major departure from past development and a redirection of future development.” (Johnson et al., 2011, p.2). Recently, a framework combining the life course perspective with other ecological models illustrated these continuities and discontinuities as one way to explore and intervene with youth health (Sawyer et al, 2012).  In this model, the life course is illustrated on the horizontal axis, and at the location of adolescent and youth health, the vertical axis indicates the impact of social determinants of health, as well as risk and protective factors, social role transitions, and puberty on health-related behaviors and adolescent health outcomes.

Positive youth development and resilience science have been suggested as strategies to strengthen protective factors around adolescence (Masten, 2014). Both approaches have focused on assets in the individual and/or the context.  This focus on protective factors recognizes the positive influences within young people themselves and in their social environment that can be supported through programming efforts.

A variety of taxonomies have been developed to describe protective factors including the 5 Cs: caring, competence, confidence, character, connection.  Also, 40 developmental assets have been identified by the Search Institute. These assets are grouped into eight categories: four external including support, empowerment, boundaries and expectations, and constructive use of time; and four internal including commitment to learning, positive values, social competencies, and positive identity. Substantial research on these assets has indicated their effectiveness in preventing risky behavior and promoting wellbeing (Scales et al 2000). These protective factors appear to be valid across many cultures (Scales et al, 2011).

The past decades have witnessed incredible gains in child health.  Investment in the second and third decade of life provides a chance to continue to build on the gains and successes that have been accomplished in decreasing infant and child mortality.  So, while we must all work to ensure positive supportive and empowering environments for all children from birth and throughout; we should not give up on those who have already had difficult circumstances despite the lifecourse perspective.

Trajectories are changeable through agency and enabling environment.  Implementing interventions that promote positive youth development and ensuring that these do not increase inequities can impact adolescent wellbeing as well as adult health.  Recently, the PROGRESS acronym has been used as a tool to apply an equity lens to interventions thus minimizing differential barriers to access for vulnerable populations groups (O’Neill et al., 2014). PROGRESS stands for Place of residence; Race, ethnicity, culture and language; Occupation; Gender/sex; Religion; Education: Socioeconomic status; and Social capital.  Participatory engagement of young people is also critical, promotes their voices and dignity, and ensures that their needs are met.

McEwen BS, Morrison JH. (2013). The Brain on Stress: Vulnerability and Plasticity of the Prefrontal Cortex over the Life Course. Neuron;79: 16-29.

Schoon I, Bynner J. (2003). Risk and Resilience in the Life Course: Implications for Interventions and Social Policies.  Journal of Youth Studies; 6(1): 21-30.