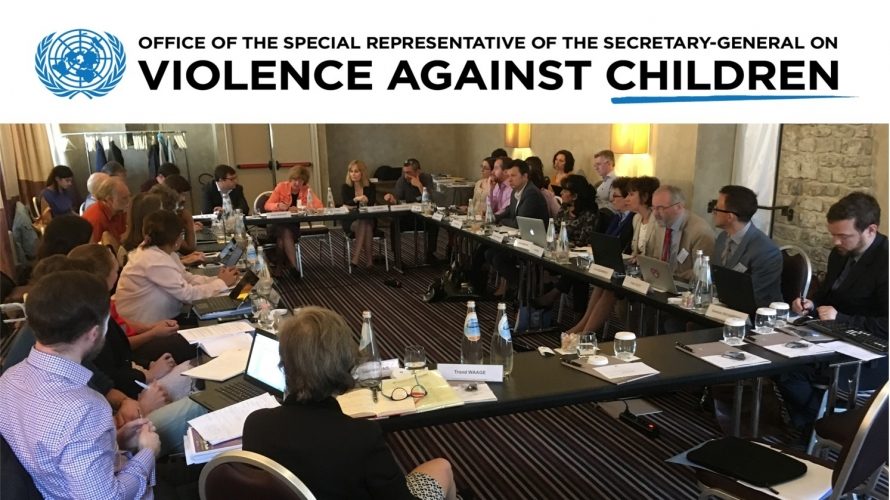 Increased attention to bullying and cyberbullying and its impact on children has prompted international efforts to improve actions to prevent and address this phenomenon in the protection of children. In an intensive two day consultation in Florence leading researchers, policy makers and education experts from 19 countries discussed bullying and its impact on children, which will inform the preparation of the upcoming United Nations Secretary-General’s report on bullying to the General Assembly.

Themes of the expert consultation covered review of the latest available data, awareness raising, public policies, legislation, child protection systems and the role of education in protecting children from bullying. The expert consultation was organized by the Office of the Special Representative of the Secretary-General on Violence against Children, with the support of UNICEF Innocenti.

“The protection of children from bullying and cyberbullying is an ethical and normative imperative,” said Marta Santos-Pais, Special Representative of the Secretary-General on Violence Against Children. “Despite important developments in different parts of the world, this phenomenon is amongst children’s top concerns.”

A 2014 UN General Assembly resolution Protecting children from bullying, specifies the Secretary-General’s report should emphasize “causes and effects, as well as good practices and guidance for bullying prevention and response.”

A forthcoming working paper on validating a global indicator of bullying in schools using data from 145 countries was presented by Innocenti education specialist Dominic Richardson. “One of the major challenges in establishing a global indicator is the wide variety of terminology and definitions of bullying between regions and even between countries,” said Richardson. “Data on bullying in schools is gathered in all regions of the world and so it is possible to develop a global bullying database to guide policy and monitor progress.”

Kirrily Pells (UCL) presented emerging findings from the University of Oxford’s Young Lives longitudinal study of childhood poverty, on the long term impact of bullying on children in Ethiopia, India, Peru and Vietnam. According to Pells, “Bullying at age 15 is associated with a range of negative effects on self-efficacy, self-esteem, peer and parental relations at age 19, suggesting potential long-term consequences.”

A major focus of discussion in the meeting was the rise of cyberbullying and the nexus between bullying in children’s online and offline worlds. According to data gathered in the 2014 EU Kids Online survey 23% of children in Europe experienced some form of bullying and 12% experienced cyberbullying.

According to Sonia Livingstone of the London School of Economics, one in three internet users are now children. She emphasized the need to develop regulations and policies on cyberbullying that avoid punitive measures and find the balance between encouraging the benefits of online participation with the protection of children from risks.

A consistent theme throughout the two day consultation was the need to ensure conceptual clarity when describing bullying, to enable progress in its prevention, monitoring and elimination. The challenges and opportunities in crafting evidence-based legislation and institutional frameworks to protect children from bullying were discussed on the second day of the consultation. Legislation should clearly convey how to ensure the protection of all children and fight impunity, while providing the foundation for a culture of respect for children’s rights.

George Moschos, the Deputy Ombudsman for Child Rights in Greece shared experiences based on his office’s review of 6,000 cases of child rights violations and 700 discussions with children. According to Moschos: “Children say that violence is a normal part of their lives and that adults are disinterested in what is happening. They tend to ‘punish and finish.’ We need to avoid the easy recourse to punitive responses and train teachers and parents to listen, mediate and stay involved in children’s lives. We also need to lay stress on democratic governance of schools and human rights education, promoting children’s mutual respect.”

Schools are seen as a major setting where the various phenomena of bullying are played out as well as the primary arena for effective efforts to prevent it. Two rigorously evaluated and fully elaborated programmatic approaches to school bullying were discussed in-depth during the consultation: the Olweus Bullying Prevention Programme developed in Norway and the KiVa Anti-bullying Programme developed and promoted in Finland.

Both programmes have benefitted from extensive data gathering and impact evaluation evidence collected over many years of programme implementation among very large numbers of children in school settings. Common findings highlight the importance of training and involving all school actors, whole school bullying prevention learning and making active, supportive and predictable adult intervention the norm.

Finally, appropriate responses to the significantly higher incidence of victimization based on sexual orientation and gender identity were examined. Accounts of severe victimization, extreme loneliness and almost non-existent support infrastructure for these children were shared. Evidence provided by Christophe Cornu of UNESCO from a number of recent studies indicated significantly higher rates of bullying endured by LGBT youth.

The information and outcomes of the Florence consultation will inform the upcoming Secretary-General’s report on protecting children from bullying. The report will be submitted to the 71st Session of the UN General Assembly later in 2016.