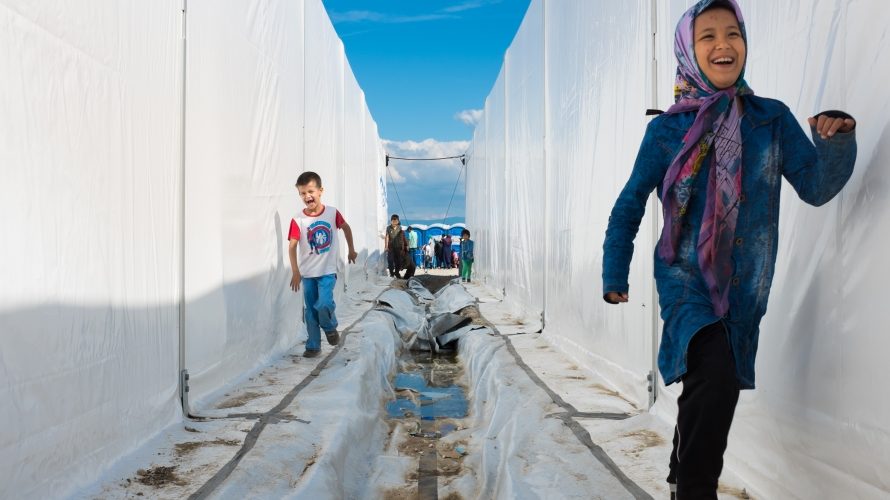 Recent research papers regarding unaccompanied minors in Europe and their psychological care were reviewed in order to inform UN agencies and European policy makers of the unique mental health needs of minors arriving in Europe without adult companions. A special focus of this review is placed on unaccompanied Afghan minors, as they constituted 51% of unaccompanied asylum applications in the European Union (EU) in 2015.

Unaccompanied minors are a particularly vulnerable subset of refugees. Several research studies have shown that, psychologically speaking, the stress and challenges associated with travelling and resettling without a parent or trusted adult, lead to higher rates of depression and symptoms of post traumatic stress disorder (PTSD), compared to other refugee and migrant groups.[1] [2] [3] [4]

Reasons for greater emotional difficulties include: separation from families and networks, hardships and stressors faced early in life, and exposure to violence both in their home country and on their journey. Once they have arrived in the EU a new set of stressors related to resettlement impacts these children, including barriers to education, increased isolation, frequent moves, and mistrust and misunderstanding of the asylum process. Despite all these challenges, many unaccompanied minors possess strong agency and high adaptive functioning.[5] 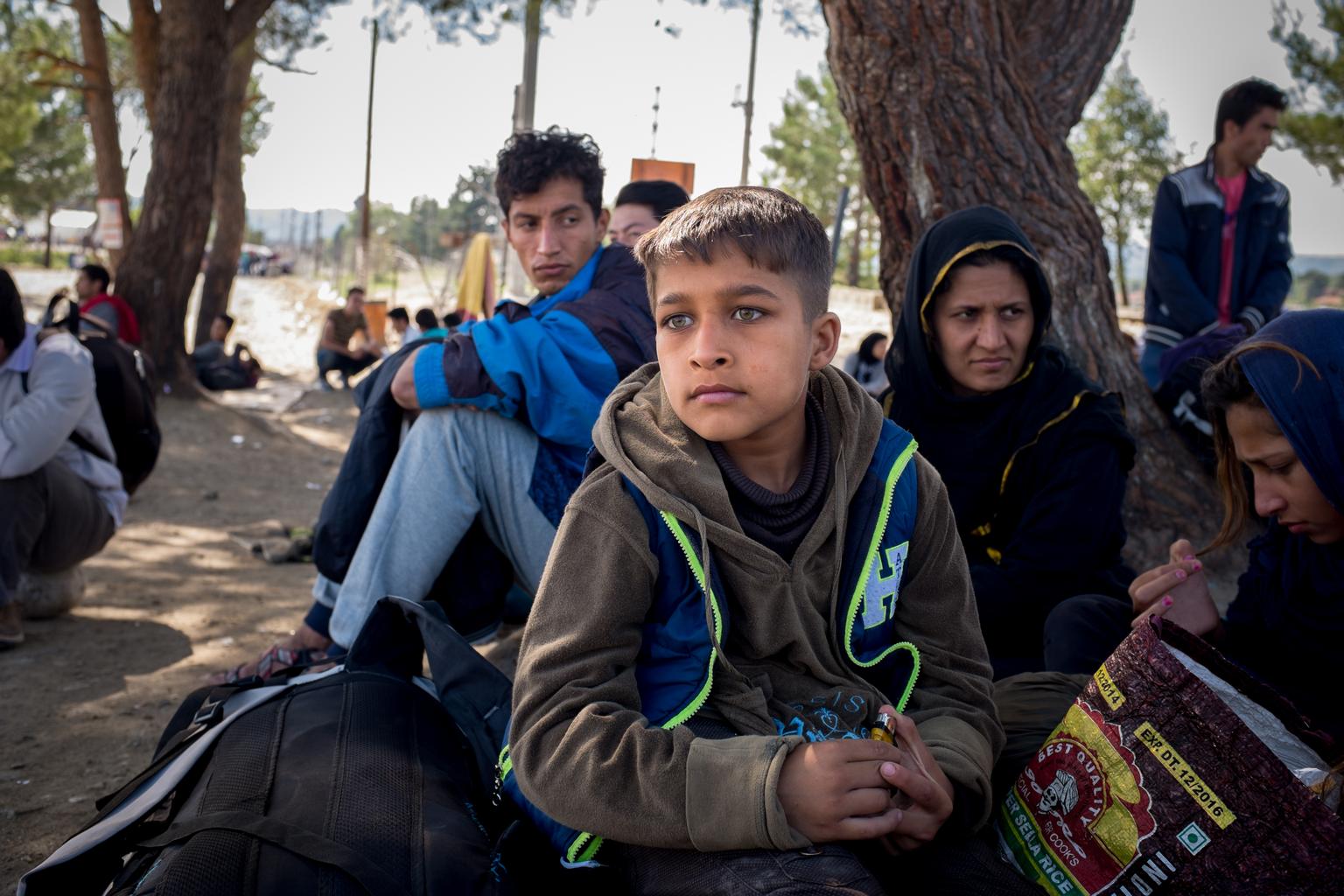 Understanding who the unaccompanied minors are
For the past 30 years, Afghans have been one of the largest groups of asylum seekers in Europe. The reasons may seem apparent; the grim insecurity and fragility inside Afghanistan is protracted and pervasive. As long as there is a lack of livelihood and low levels of safety in the country, it seems likely that Afghans will continue to seek stability and survival elsewhere.[6]

Large numbers of Afghans began migrating in the late 1980s, but the demographics of who is moving, and to where, have shifted. While many Afghans used to flee to the neighbouring countries of Iran and Pakistan, in recent years, these countries have increasingly become unwelcoming to Afghans, who consequently have sought refuge elsewhere. In 2014, Afghans were the largest group arriving in Greece.[7] Unaccompanied minors – primarily boys –are now one of the largest subsections of Afghans arriving in Europe today.[8]

Many of these unaccompanied minors are second-generation refugees with little or no connection to Afghanistan. Most of them are ethnic Hazaras who were born in Iran or arrived there when they were very young. Over the past decade, Iran has made it increasingly difficult for Afghan children to receive residency permits or access education, and there are now severe restrictions on Afghans’ movement. As a result, many Afghan families are now making the difficult decision of letting their children leave Iran for Europe on their own.[9] [10]

With very little money, socially isolated and sometimes armed with incorrect information, unaccompanied Afghan minors embark on a dangerous journey to reach northern Europe. Research has documented the threats unaccompanied Afghan minors face on their journey, including physical and sexual violence and other forms of exploitation.[12] What unaccompanied minors endure in transit is further compounded by high expectations and pressure not to disappoint family back home, as parents have often entered into considerable debt in order to finance their trip.[13]

While the detrimental influence of political conflicts, war, and forced migration on the mental health of asylum-seeking individuals is well documented, until recently the challenges they face after resettlement are less well known.[14]

It has been reported that among many Afghan minors, ‘success’ is equated with reaching Sweden or Norway.  This adds to the tremendous internal and external pressure arising from the  perceived psychological and financial debt that minors feel towards their families. In qualitative interviews gathered in 2015, these pressures led some unaccompanied minors to self-isolate after resettlement.[16]

The same research highlighted the sobering realities of life after resettlement, including language barriers, complicated asylum processes and discrimination. It was reported that some Afghan minors do not feel comfortable telling their families about these realities, and instead begin to isolate themselves; this creates a barrier between unaccompanied minors and their family, affecting an integral relationship that would otherwise act as a psychological buffer to protect against the stress of relocation.

That finding is particularly worrying since mental health care for refugees at an early stage can prevent both the aggravation and continuation of emotional problems.[18] As a result of the UK study, researchers and those who work with unaccompanied minors advocated for better mental health screening tools in reception centres and during the asylum process.

Research on resilience has examined protective factors that buffer unaccompanied minors from mental health issues.  A 2012 study pinpointed several individual factors such as high intelligence, easy temperament, and good coping and problem-solving skills. Social aspects such as close ties to at least one parent are also linked to resilience, as well as engagement in communities based at school and place of worship.[19]

Education can also play a crucial role in an unaccompanied minor’s adjustment and resettlement process. At school, children can learn the host language, establish a routine, experience a sense of purpose, and begin to build a peer network.[20]  However, while the context of the school should be considered, it should not always be assumed to be pro-social. A survey of mental health in Sweden showed high rates of bullying and associated depressive symptoms among unaccompanied minors in schools that do not have many children of non-Swedish descent.[21]

A recent study in Norway highlights the crucial role that family and peer networks may play, even across long distances and national borders. In essence, family and peer-networks – even when located thousands of kilometers away – serve different and important purposes in the acculturation process of the young unaccompanied refugees.[22]

It is important to note that these relationships often act as a healthy buffer to guard against developing symptoms of depression and PTSD. As mentioned earlier, if an unaccompanied minor experiences too much pressure or stress during resettlement – external or internal – they may isolate themselves from family and peer relationships and may thus become more vulnerable to developing mental health issues.