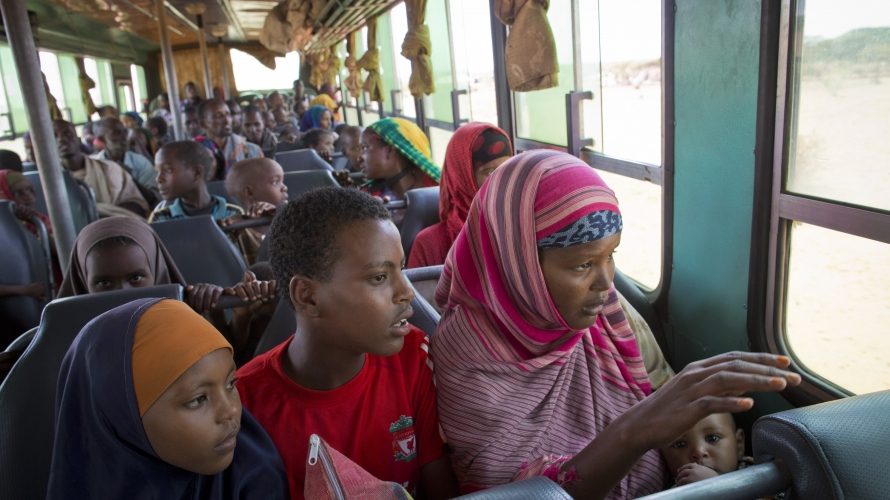 The 2030 Agenda for Sustainable Development calls on all member states to ‘ensure safe, orderly and regular migration with full respect for human rights and for the humane treatment of migrants, regardless of their migration status, and of refugees and internally displaced persons’.[i] Yet each week brings reports of failures to protect the rights of some of the most vulnerable groups of migrants and refugees. We hear of unaccompanied children’s perilous journeys to Europe and the United States. They are fleeing violence and conflict in their countries of origin but instead of being able to access safe migration routes and humane treatment, they are met by closed borders, criminal gangs, exploitation and indifference to their plight.[ii] Bilateral and third country agreements have been put in place in efforts to manage or reduce migration, but these agreements are reported to seriously threaten the human rights of migrants and refugees, particularly vulnerable groups such as girls and women. [iii] 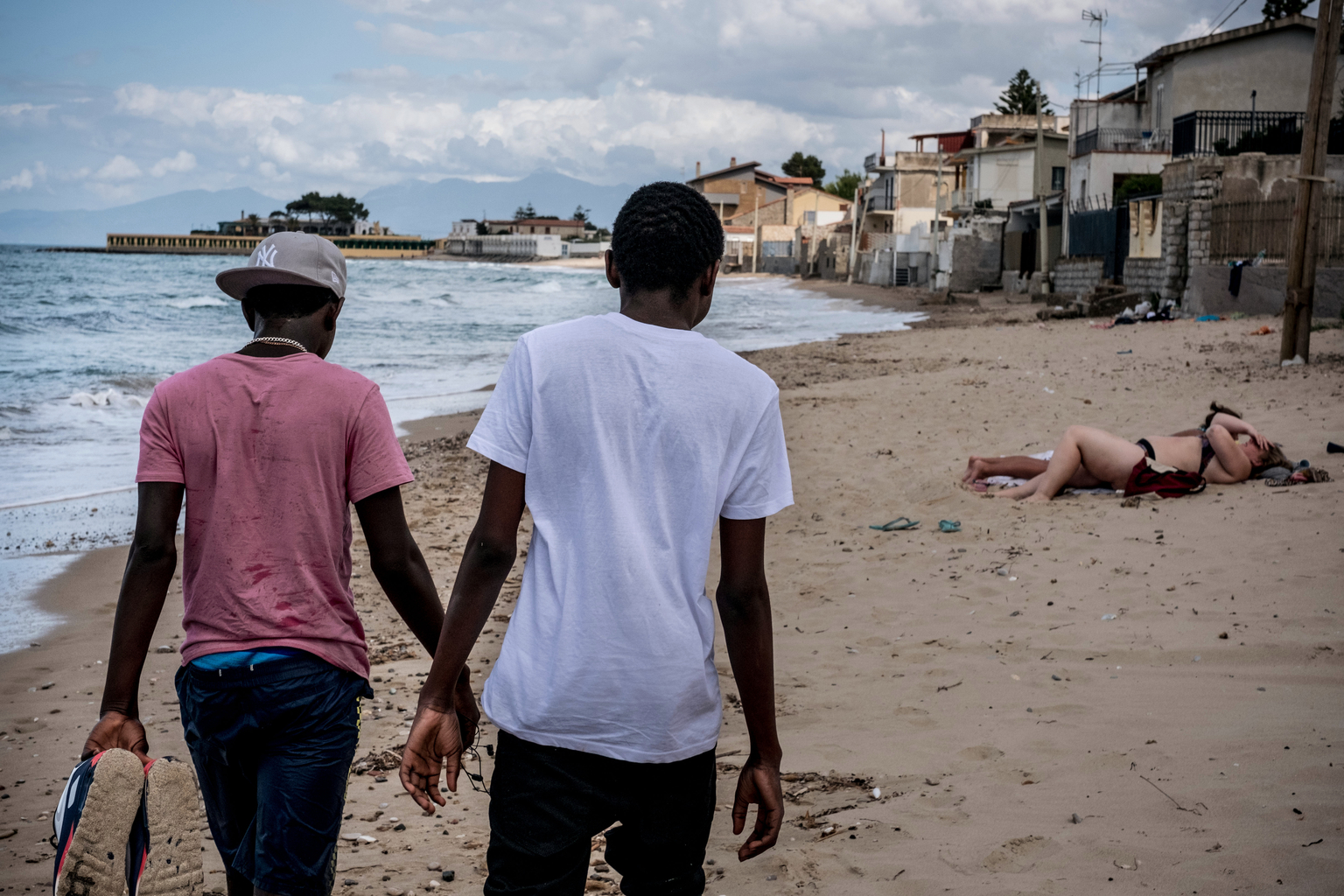 Reports of increasing forced displacement and escalating ‘refugee crises’ have been matched by perceptions of migration that incite fear, defensiveness and even violence, depicting refugees and migrants as uncontrolled and unwelcome crowds threatening national borders. These perceptions also disguise the fact that the majority of the world’s refugee population are not en route to rich, developed countries, but residing in neighbouring countries within their own region.[iv] When we group all refugees and migrants together indiscriminately, we miss out on vital information, we fail to address the specific needs of vulnerable groups, and we help to strengthen racism, xenophobia and indifference to the plight of others.

So why is it important to talk about age and gender equality? Why does policymaking on migration need to take an age- and gender-sensitive approach? Migration cannot be approached, understood or managed without recognising that, just like the populations of our societies, people on the move are all different. Without thinking about age and gender equality in the context of migration, we would never know, for example, that:

Without a gender and age sensitive approach to policymaking, we cannot fully understand the needs, experiences and motivations of refugees and migrants. Without it, policymaking cannot address migration and forced displacement at its root causes, and it cannot promote and enable the opportunities that migration offers.

Migration journeys take place within countries, regions and internationally. Decisions to migrate may be forced, in situations of conflict and disaster, or they may involve different degrees of choice and agency, and combinations of motivation and coercion. Characteristics such as gender and age (along with others such as ethnicity, health, sexual orientation and religion) play a strong role in influencing who migrates and how, and who stays where they are.

When thinking about the gender and age dimensions of migration, it is important to think not only about women and men, but also girls and boys. Migrant children might travel with their parents or guardians, with other adults or alone. They might migrate in regular or irregular ways, and move between categories such as unaccompanied, independent, internally displaced, asylum seeking, trafficked and smuggled.

In many countries, migration is seen as a rite of passage for young people. Children may migrate in search of work, education, or simply to mark a transition into adolescence or young adulthood. One example is Ghana, where there are established and relatively safe migration paths, travelled regularly by children, along with family, friends or relatives. In Tanzania, 23 per cent of households have male children and 17 per cent female children who have migrated elsewhere.[x] If opportunities are not available for children to migrate safely, for example in order to be unified with family members in other countries, they may make dangerous journeys, including those arranged by smugglers, during which they are vulnerable to abuse and violence.[xi]

The types of discrimination and persecution that children face in countries of origin are gendered in nature, and so are opportunities to move or escape. In Afghanistan, a country producing large numbers of unaccompanied asylum seeking teenage boys, boys are targeted by the Taliban for conscription.[xii] Afghan girls also face severe discrimination in different forms, but they are far less likely to make unaccompanied journeys. In Ethiopia and Sudan, increasing numbers of unaccompanied Eritrean children – mainly boys, but also some girls – are arriving in refugee camps. Fear of military conscription, lack of education, unemployment and desire to join a family member in another country are behind these children’s journeys.[xiii]

It is also important to consider who is left behind, either in countries of origin or in transit countries. The fact that the majority of the Eritrean refugee population in Ethiopia and Sudan are male indicates that more women and girls are staying behind. The disproportionate number of male unaccompanied asylum seeking children in Europe suggests that many girls remain in countries of conflict and instability.

Age, gender and life as a refugee or migrant

Once refugees and migrants reach a destination country, their gender- and aged-based experiences continue – in healthcare, education, employment and integration. Access to education is a problem for many migrant and refugee children and young people. In protracted situations of conflict, refugees may spend their whole childhood in displacement, without schooling. Displaced girls are even less likely to attend school than boys.[xiv] Migration to a more developed region does not automatically bring improved learning outcomes. In 2012, migrants aged 15-34 years in OECD countries were more likely than their native-born counterparts to be out of employment, education or training. Young immigrant women were particularly highly represented in this category.[xv]

Migrant children also experience poorer health outcomes. In 2013, 50 per cent of children treated by Medecins du Monde-International (an organization for whom 50 per cent of patients are undocumented migrants) in 25 European cities had not been vaccinated against hepatitis B, measles or whooping cough.[xvi] Women migrants in many countries experience unequal access to healthcare services – often as a result of institutional and language barriers. This is particularly problematic given women’s sexual and reproductive healthcare needs and the fact that they are often responsible for children’s health care.[xvii]

What can we do to address these issues? How can age and gender perspectives be integrated into policymaking on migration?

Policymakers have yet to bring the challenges and risks faced by migrating women and girls, as well as other vulnerable groups such as unaccompanied boys, to the forefront of the migration agenda.[xviii] Approaches and strategies for managing migration are often developed in what is seen as a gender and/or age ‘neutral’ way; they do not take into account the different experiences and needs of women, men, girls and boys. The effects of such approaches, however, are far from neutral in terms of gender and age. Women, girls, boys and older people tend to lose out when strategies are based on a male breadwinner model.

So what should policymakers be thinking about when developing national and regional approaches to migration that take age and gender equality into account? Below are some suggestions.[xix]

Of course this is not easy. There are many obstacles faced by those who wish to create, implement and evaluate gender- and age-sensitive migration policies that can have real impacts in practice. These include restricted resources, negative public opinion around migration, fast moving humanitarian situations and weak institutional capacity for mainstreaming equality issues.

But we cannot afford not to develop and implement these policies. Decision makers need to be aware of, willing to take action on, and not indifferent to, the plight of vulnerable groups of refugees and migrants. As part of the 2030 Agenda for Sustainable Development, the new Global Goals for Sustainable Development (SDGs) present an important entry point. In addition to Goal 10, which has a specific target on safe migration, there are nine other goals particularly relevant to migration.[xx] Policymakers should take this opportunity to look at migration in an intersectional way; recognising the specific experiences, needs and strengths of particular groups of migrants and refugees, and addressing these through inclusive, sensitive and evidence based policymaking. This is one step in a journey towards protecting the human rights of some of the most vulnerable and marginalised people around the globe.

[ii] Gentlemen, A. (2016) ‘Migrant children are being failed by UK, says Lords committee report’ in The Guardian, 26 July 2016, https://www.theguardian.com/world/2016/jul/26/unaccompanied-migrant-children-failed-uk-government-lords-eu-committee ; UNICEF (2016) Danger every step of the way: A harrowing journey to Europe for refugee and migrant children, www.unicef.org/emergencies/childrenonthemove/files/Child_Alert_Final_PDF.pdf ; UNICEF (2016) Neither Safe nor Sound: Unaccompanied children on the coastline of the English channel and the north sea, http://www.unicef.org.uk/Latest/Publications/Neither-Safe-Nor-Sound/ ; UNHCR (2014a) Children on the Run: Unaccompanied Children Leaving Central America and Mexico and the Need for International Protection, http://www.unhcr.org/56fc266f4.html

[x] Kelly, A. (2010) Leaving Home: Voices of Children on the Move, Global Movement for Children, http://resourcecentre.savethechildren.se/sites/default/files/documents/4914.pdf

[xi] Crepeau, F. (2013) ‘The rights of all children in the context of international migration’ in IOM (2013) Children on the Move, http://publications.iom.int/books/children-move

[xix] More detailed and extensive recommendations, as well as some examples of good practice, can be found in Birchall, J. (2016) Gender, Age and Migration: An extended briefing, http://www.bridge.ids.ac.uk/news/new-publication-gender-age-and-migration-extended-briefing

[xx] UNDESA (2015) Integrating migration into the 2030 Agenda for Sustainable Development, POPFACTS No. 2015/5, http://www.un.org/en/development/desa/population/migration/publications/populationfacts/docs/MigrationPopFacts20155.pdf