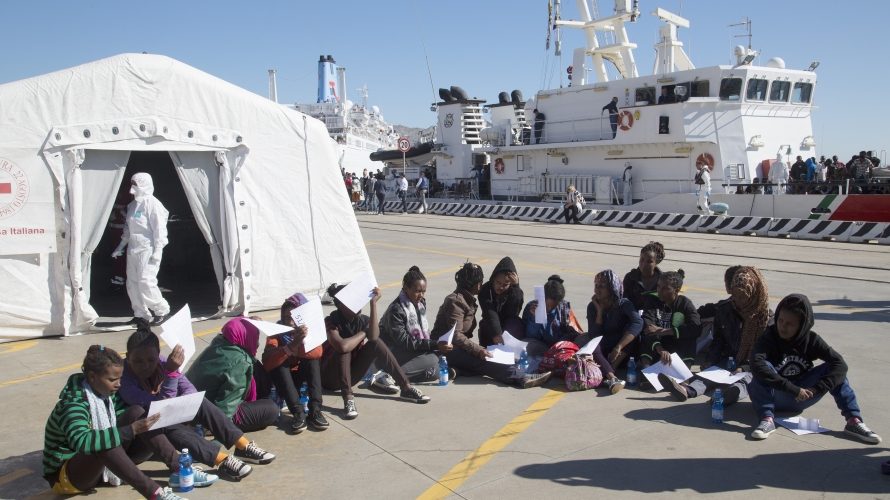 Despite the intense focus on the unprecedented numbers of migrants and asylum seekers landing on European shores since 2015, one critical characteristic has been overlooked: children form a significant percentage of these inflows. This reality is posing a new challenge for policymakers, not least how best to receive and integrate this often vulnerable group.

The struggles that European Union (EU) Member States face in dealing with the care of these children and in ensuring their rights vary from country to country. The diverse reception conditions for child migrants are shaped by receiving countries’ history, culture, social movements, and tradition of migration. Policy responses therefore cannot be “one size fits all,” and governments require a range of options that can be adapted to the country context and the particulars of the children they host.

Even in countries with a strong record on child protection, the mobilization of additional human and financial resources in response to the migration surge proved incapable of keeping up with the pace at which child migrants were referred to services. In Sweden, where the arrival of unaccompanied minors surged from 7000 in 2014 to 35,000 the following year, the standard of placing these children in specialized reception facilities could not be upheld. The result: girls were at times placed within group housing for boys. And in the Netherlands, when spaces in dedicated centres for unaccompanied children ran out last year, new arrivals were housed in the former Ministry of Employment building. 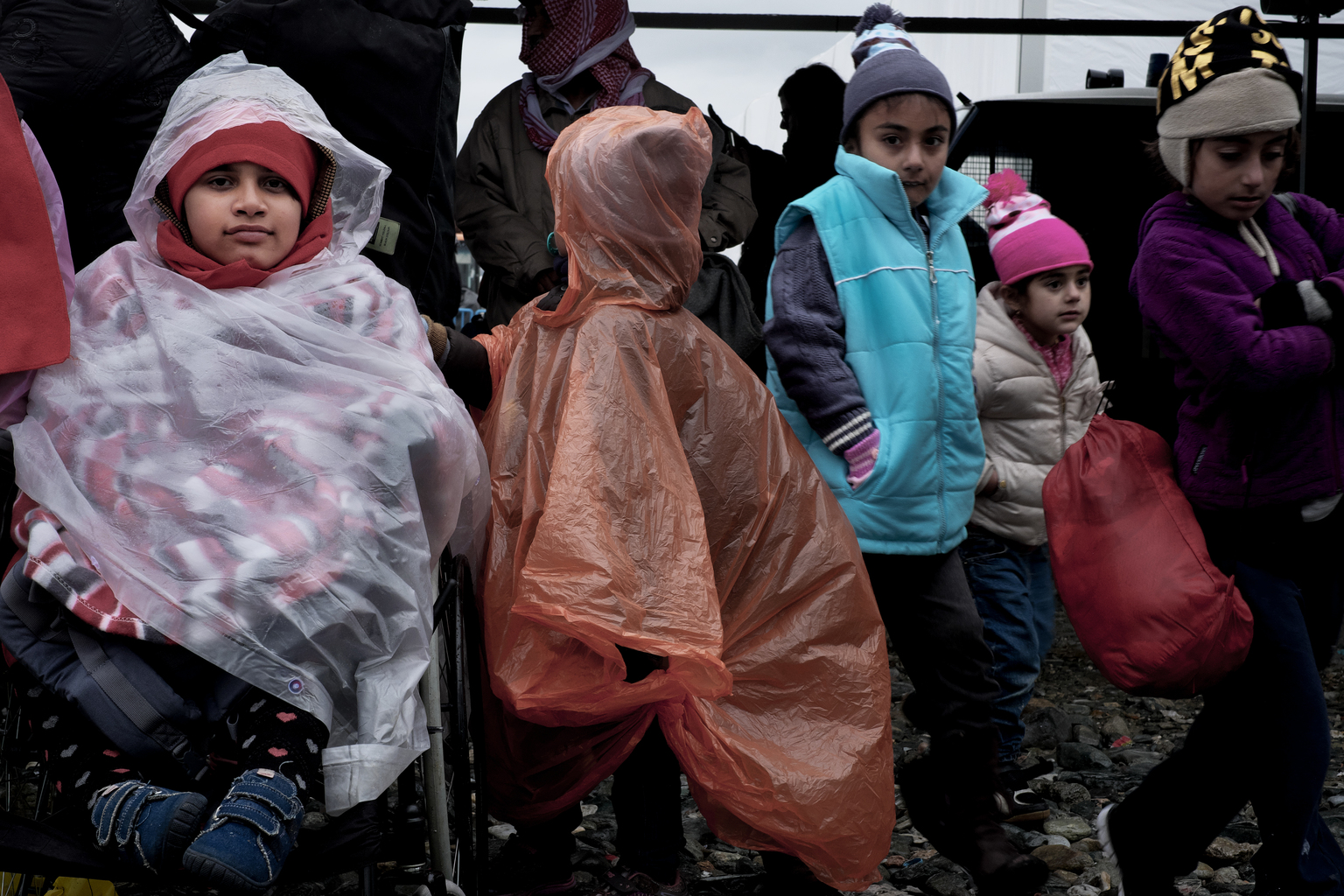 A well-functioning child protection system can also see a lowering of standards when migration authorities devise a general emergency measure to respond to overall flows and ignore the knock-on effects for children. Several EU Member States (for example, Austria, Belgium and Sweden) developed a dispersal policy in 2015 to enable their reception systems to respond swiftly to a large influx and in a manner that involved most, if not all, local authorities. However, the dispersal criteria centred on the degree to which these localities already hosted asylum seekers and persons dependent on social benefits. Other dimensions of migrant reception and integration, such as education and access to the labour market, were overlooked. In Austria, some newly erected reception centres are located in remote areas, at considerable distance from towns and local schools. As a result, child migrants may be relegated to classes organized within the reception centres, which are often restricted to language instruction rather than general education.

The lack of capacity to uphold the conditions outlined in existing legislation concerning child migrants represents another recurring problem. Italian law, for example, foresees the appointment of a legal guardian within 48 hours of an unaccompanied minor coming to the attention of authorities. In practice, however, it may take weeks, if not months, for a child to be given a legal guardian. And the caseloads for these guardians may rapidly escalate; the local authority of Rome, for example, employed 16 guardians last year to oversee the cases of 3,500 unaccompanied children – an average of 219 children per guardian. This low guardian-to-child ratio curtails the ability of (legal) representatives to assess and respond to the needs of their young charges. Countries that had little prior experience handling such cases – for example Slovenia, which registered 85 asylum seekers under the age of 18 in 2015 (as compared to 13,630 in Belgium) – face an even greater gap in capacity and know-how when migratory flows suddenly shift in their direction.

In the worst scenario, seen during last year’s surge, child migrants arrived in states where austerity measures had already cut into the provision of public services, ranging from education, health and social care to child protection. For example, the Serbian Centre for Protection and Assistance of Refugees could enroll into the formal education system only 30 of the 1,300 migrant children who were referred between September 2014 and May 2015. In Greece, many children continue to be detained on the Greek islands rather than being placed in dedicated, safe facilities on the mainland because of persistent shortages of available places.

Last, but not least, lack of political will represents another reason why states are not treating child migrants in line with EU asylum and migration rights and obligations (the ‘acquis’). While Hungary adopted the Child Protection Act in 1997, the law has since been modified 204 times and the lack of issuance of related guidelines and coordination structures has hampered its implementation. Yet 43 per cent of all children living in Hungary are considered at risk of poverty, and ethnic minority children face institutionalised discrimination in hospitals and schools. When migrants began to arrive in significant numbers last year, the Hungarian government responded by erecting a wall, criminalising unauthorized entry, and publicly declaring that migrants should not seek international protection there. As a result, breaches of child rights and substandard reception and integration of child migrants are recurring problems in Hungary.

What options could policymakers at national and EU level consider if states are to improve the implementation of the child rights and entitlements that are enshrined in EU asylum and migration acquis?

First, the value of another round of legislative reform at EU level, however pertinent, is dwarfed by the returns that investments in implementing existing legislation could generate. Concretely, existing EU funding instruments, such as those under the aegis of the Directorates General for Home Affairs, Justice and Humanitarian Aid and Civil Protection, could mainstream child rights and fund a variety of related activities. These could range from the set-up of new child-oriented services to the training of staff of existing organizations and creating welcoming societies for children and their families.

Second, each EU Member State could design an emergency plan in case of mass influx that takes into account the particular needs of child migrants and other vulnerable groups. Among the issues that these emergency plans should consider are: optimal locations to set up emergency reception centres where children are housed (e.g. vicinity to a school), which criteria or dispersal key to use to match asylum seekers or refugees with local authorities, and how to rapidly muster a pool of guardians in the event of rising unaccompanied child arrivals. A multidisciplinary team of child experts should be involved in the design of these plans.

Third, a useful policy tool would be to embed child expertise within government authorities responsible for supervising the general reception and integration of migrants. There is an emerging practice of convening cross-government committees and task forces to discuss ongoing responses to migration and asylum issues. The inclusion of a child expert is essential to ensure sufficient focus on the needs of children. Such an expert could weigh in on debates including: the construction of reception places suitable for families; the duty of school directors, doctors, and other service providers to report on the presence of irregular migrants; and the provision of services that prepare unaccompanied children for the transition to adulthood. At EU level, this approach could be mirrored by a team of child experts drawn from organizations such as UNICEF, NGOs, and the academic community who would be carefully incorporated in the organization and operations of the European Asylum Support Office (EASO).

Finally, in contexts where there is limited expertise on what child migrants need and how to address this, the deployment of rapid response teams should be considered. The Blue Dot hubs that UNICEF and the UN High Commissioner for Refugees created in early 2016 illustrate the potential of devising a swift initial response in regions new to mixed migration flows and that lack the necessary infrastructure and know-how. This combined approach of immediate response and capacity building for local service providers could render these teams a temporary measure, while fostering durable change within the national asylum and child protection systems. The rapid release of funds to finance such initiatives is of essence here.

The migration crisis exposed the variety of challenges that affect even the best resourced EU Member States when dealing with the reception and integration of children who may be traveling unaccompanied and under arduous conditions. At a time when EU and national policymakers are in the process of redesigning entire parts of the asylum and migration system, the plight of this uniquely vulnerable population must be at the forefront of their minds and actions.