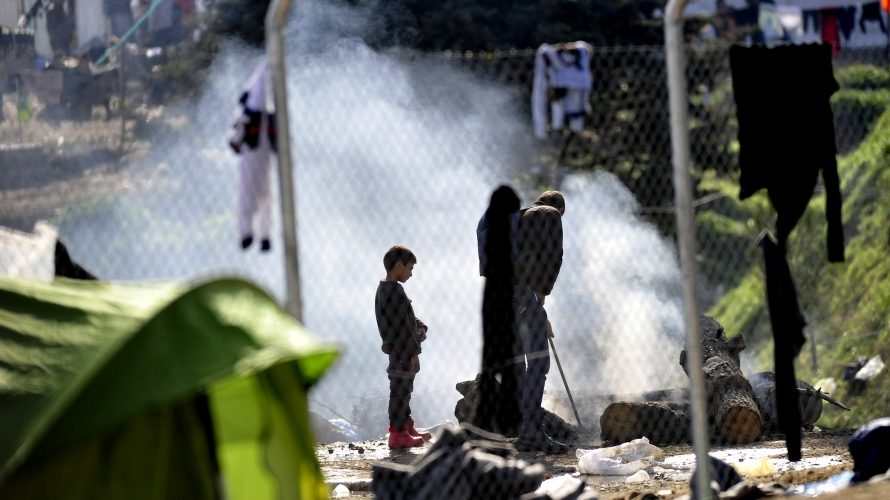 Children represent around a quarter of all migrants world-wide; while in June 2015, one in ten migrants reaching the Macedonian border from Greece was a child, in October 2015 it was one in three.[i] Children migrate for various reasons: to escape violence and conflict, to offset insecurity about their future, or to be reunited with family in the country of destination. They migrate alone or with family members, and some are separated during the course of migration. Without regular status and the protection that comes with it, children on the move are particularly vulnerable to exploitation, violence and abuse. The unknown social and cultural environment, as well as their age and level of development, often make it impossible for them to be aware of and to assert their rights.

Rather than regaining control of the migration movements by opening regular, safe and cheap channels for migration, states continue to erect walls, use barbed wire fences and take deterrence measures such as systemically detaining migrants, including children. In transit as well as in destination countries, their experience is all too often linked to their status as immigrants, rather than their age.

The Universal Declaration of Human Rights as well as the International Covenant on Civil and Political Rights proclaim the right to the liberty and security of persons. This applies to everyone subject to the jurisdiction of a state and to all forms of detention, including for immigration purposes. In order not to violate the right to liberty and security of a person, as well as to protect against arbitrariness, the detention of migrants must be legally prescribed, necessary, reasonable and proportionate. 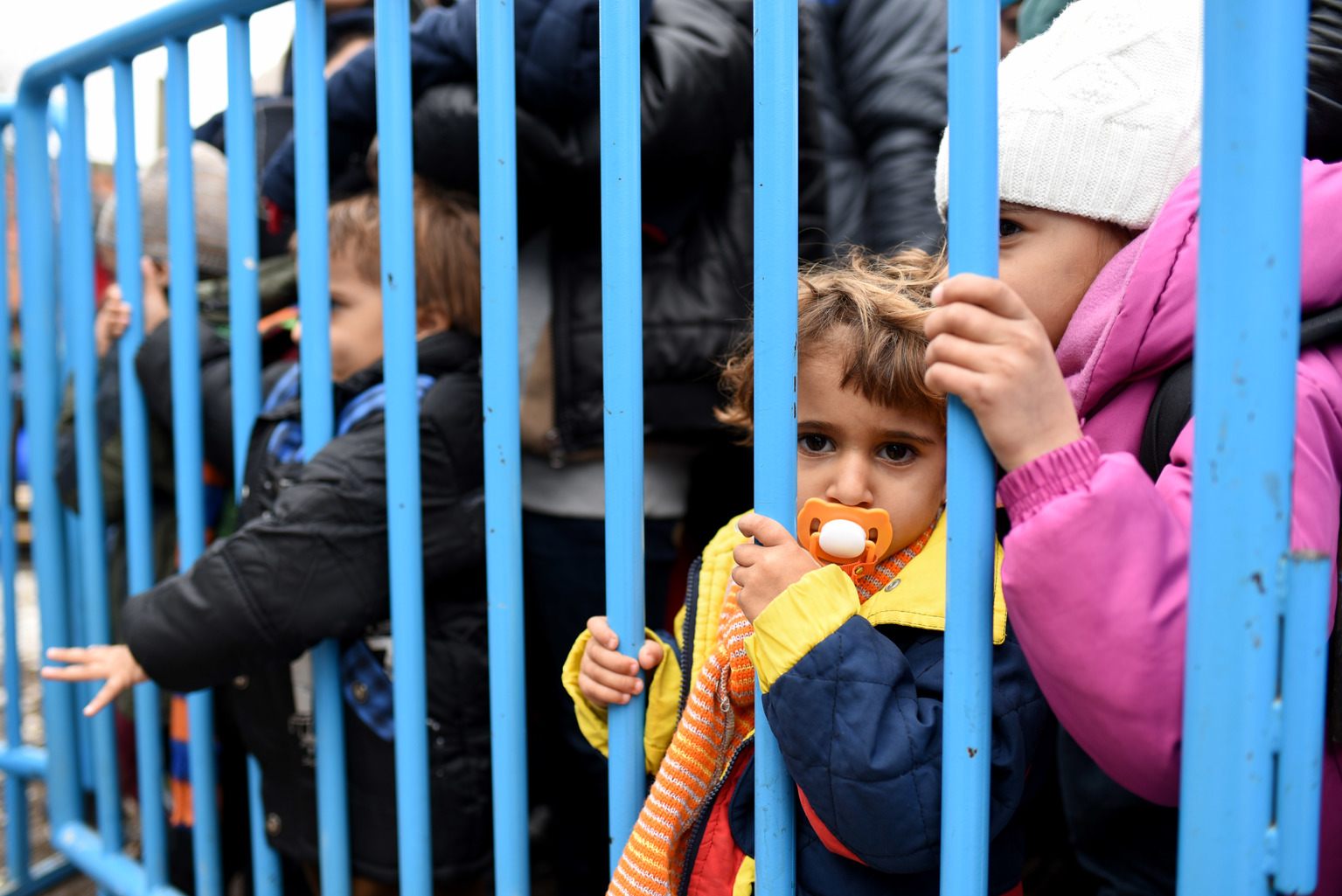 States use a wide range of reasons to justify detention of migrants: health and security screening, identity checks, preventing absconding and facilitating removal. However, freedom should be the default position for them, as it is for citizens and legal residents. Detention should only occur when a person represents a demonstrated individualised risk to public security or of absconding from mandatory proceedings: in most cases, such a risk cannot be individually demonstrated and detention cannot be justified as necessary, reasonable or proportionate.

Therefore, most of the time, detention serves solely the purpose of deterrence, a practice that contradicts Immanuel Kant’s categorical imperative, which is at the root of our contemporary human rights doctrine: “Act in such a way that you treat humanity, whether in your own person or in the person of any other, never merely as a means to an end, but always at the same time as an end.” (Grounding for the Metaphysics of Morals)

In addition to the general human rights framework described above, children are entitled to the protection afforded to them by the Convention on the Rights of the Child (CRC), which is the most ratified United Nations (UN) human rights treaty, lacking only one ratification in the whole of UN membership. The CRC proclaims that “no child shall be deprived of his liberty arbitrarily” (Article 37 (b)) and “in all actions concerning children, whether undertaken by public or private social welfare institutions, courts of law, administrative authorities or legislative bodies, the best interests of the child shall be a primary consideration” (Article 3).

Detention for administrative purposes can never ever be in the best interest of a child. It harms their physical and psychological well-being and has adverse effects on their development. It might aggravate trauma experienced before arriving in the transit or destination country and the constant control and surveillance may be very disturbing for a child, increasing already high levels of mental distress. Children deprived of their liberty often have difficulties understanding why they are being “punished” despite having committed no crime.

Separation from community and from the outside world can give a child the feeling of isolation and decrease their confidence. The often poor hygienic conditions and unbalanced diet will have negative consequences on physical well-being and development. Often children and adults are detained together, which puts children at further risk. Housing migrant children and adults in the same detention structure can lead to physical and sexual violence and abuse, while disrespectful staff may further exacerbate feelings of humiliation and thus further impact a child’s development.

Children can make migratory journeys on their own, sometimes having been separated from their parents or other adult relatives on the route. These unaccompanied minors or separated children are vulnerable to becoming victims of human rights violations, such as sexual and economic exploitation and trafficking, and their situation requires special attention.

Unaccompanied children should never be detained purely on the basis of their migratory or residence status, or lack thereof, nor should they be criminalised solely for reasons of irregular entry or presence in the country.[ii] Unaccompanied children should be treated as children first and placed in the alternative care system, either family-type or institutional care. Under no circumstances should they be left on their own, as this leaves them vulnerable to violence.

States should systematically appoint an independent and competent guardian as soon as the unaccompanied or separated child is identified, and maintain such guardianship arrangements until the child has either reached the age of majority or has permanently left the jurisdiction of the state. It is important that the guardian not only take care of administrative processes related to the immigration status, but that he or she advocate for the child’s rights and best interests in all aspects of life, including preventing their detention.[iii]  In order to be able to protect the best interests of the child, the guardian should be independent of the immigration authorities and should have the authority and means to appoint a lawyer to represent the child in all proceedings affecting their rights. States should undertake every effort to quickly reunite children with other family members, if considered in their best interests, taking into account their own opinion and how they see their future.

The detention of children with their parents is often justified by states using article 9 of the CRC, which affirms that children shall not be separated from their parents against their will. However, Article 2 of the CRC provides that “children {shall} not to be punished for the acts of their parents, legal guardians or family members”. Hence, not only may the detention of children violate the ‘best interests’ principle, but it may also violate their right not be punished for the acts of their parents. Absurdly, I have personally observed families detained in the same detention centre, but separated in three groups (women, girls and infants; male teenagers; adult males), with only one daily hour of common family time.

A decision to detain migrants who are accompanied by their children should therefore only be taken in very exceptional circumstances: the vast majority of families with children should be offered alternatives to detention. Such non-custodial measures may include registration requirements, deposit of documents, reasonable bond/bail or surety/guarantor, reporting requirements, and case management/supervised release.

When applying alternatives to detention, States need to make sure they respect children’s rights, including to education, to the enjoyment of the highest possible standard of health, to an adequate standard of living, to rest, leisure and play, to practice their own religion and use their own language.

In conclusion, children, whether unaccompanied or travelling with their family, should never be detained for the sole reason of their administrative status or that of their parents, as it can never ever be in their best interest. Irregular migration is not a crime and extremely few of those children do present any danger to society. Children should be treated as children first and non-custodial alternatives to detention should be offered to all such unaccompanied children and to families with children.

[i] IOM and UNICEF data brief: “Migration of children to Europe”. http://www.iom.int/sites/default/files/press_release/file/IOM-UNICEF-Data-Brief-Refugee-and-Migrant-Crisis-in-Europe-30.11.15.pdf

[ii] See General Comment of the Committee on the Rights of the Child No. 6 (2005) on treatment of unaccompanied and separated children outside their country of origin.

[iii] The Working Group on Arbitrary Detention has stated that, given the availability of alternatives to detention, it is difficult to conceive of a situation in which the detention of an unaccompanied minor would comply with the requirements stipulated in the CRC.