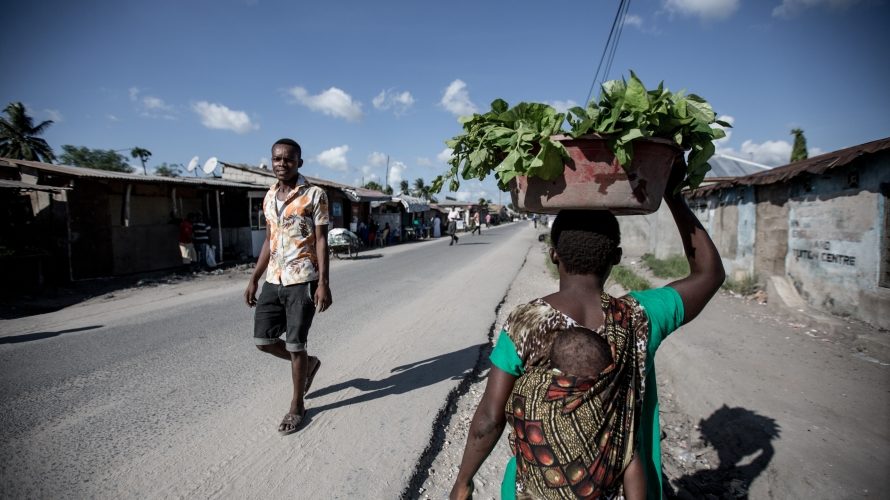 (21 October 2016) “Life has become so difficult; things are not easy because it’s hard to get a job, or even having something to do, with my standard 7 level of education,” a 19 year old youth recently recounted to researchers in Tanzania’s Kisarawe district.

“I also need a house, good clothes, enough food for my family. This is what worries me; I am concerned about my wellbeing and my family’s wellbeing.”

Three out of every four youth living in households eligible for Tanzania’s Productive Social Safety Net programme, a government social protection strategy implemented by the Tanzania Social Action Fund, did not have their basic material needs met prior to enrolment in the programme. The new findings were reported at a Dar es Salaam event presided over by senior Tanzanian Government officials along with international partners and researchers.

The new study, led by UNICEF Innocenti, in collaboration with REPOA, a Tanzanian policy research centre, will help to establish baseline evidence which, together with new data collected among the same households in 2017, will be used to measure impacts of the new cash transfer programme on youth well-being.

Other findings emerging from the study show that, in recipient households, 48 per cent of 14–17 year olds were not enrolled in school, and the rate of youth with symptoms of depression was as high 52 per cent before the start of the programme. Seventy one per cent of youth aged 18–28 experienced feelings of depression. HIV risk behaviours are also prevalent, as are experiences of emotional, physical and sexual violence among females.

“The findings come at a critical time,” says UNICEF Representative in Tanzania, Maniza Zaman. “Over the next 10–15 years, Tanzania’s largest ever youth population will enter their economically productive years. Yet youth in Tanzania face many barriers to reaching their potential. Some are unable to complete their education, and many youth, girls in particular, are at risk of early marriage and pregnancy, violence, and HIV. Youth also often lack economic opportunities.

“The PSSN could reduce the risks faced by youth, by reducing poverty and food insecurity.”

Results presented this week demonstrate the vulnerabilities experienced by the poorest households about to receive benefits under the new programme. Next year researchers will go back to beneficiaries to determine what impact the programme has had on their lives.

Evaluation of the Productive Social Safety Net programme in Tanzania is being carried out under the Transfer Project.