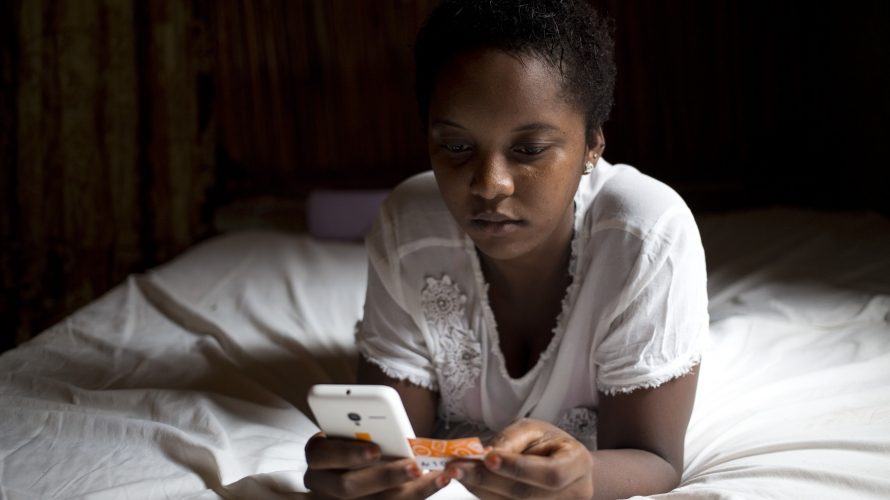 16-year-old Charmela loads credit to her mobile phone, in her home off the northwest coast of Madagascar. A school drop-out and too young to work, she spends a lot of time on the Internet.

(14 February 2017) Important new findings from the Global Kids Online (GKO) research partnership for Bulgaria have recently been made public, while researchers in Chile have just finished nation-wide data collection and are preparing to launch their report in April. In parallel, two new GKO programmes have been initiated in Ghana and the Philippines, where the teams are currently preparing for nationally representative data collection utilizing the GKO research toolkit.

Jasmina Byrne, child protection specialist at UNICEF Innocenti and one of the principal investigators on the project explained how evidence on child internet use could have positive policy implications.

“Rigorous evidence on children’s internet use can help international and national policy makers develop balanced and informed policy choices that take account of both opportunities and risks. We are delighted to see more countries come on board with the research partnership.”

The latest evidence produced by the GKO partnership is based on a national representative survey of 1,000 children in Bulgaria aged 9 to 17 years old and their parents. The findings reveal that children who are deeply exposed to internet use and have a high level of technical digital skill do not always use the full range of online opportunities, and they do not always respond proactively to upsetting online content. Children are accessing the internet on their own at ever younger ages, often unsupervised, raising important questions about the balance between online risks and opportunities and children’s online safety.

Findings from Bulgaria show how the average age of first internet use has dropped to 8 years old over the past 6 years. More than 90 per cent use the internet daily and 80 per cent of these children spend at least one hour online per day.

“Today’s Bulgarian children are real digital natives. Most of them use internet and mobile communications almost all the time and often have digital skills superior to those of their parents,” said Georgi Apostolov, coordinator of the Bulgarian Safer Internet Centre which carried out the survey.

“This is probably the main reason why parents seems to have reduced the supervision and mediation compared to 6 years ago. However, children start using internet at an earlier age, so they need more mediation in order to develop the necessary social and media skills that will allow them to benefit from the opportunities the internet provides.”

Bulgaria becomes the latest country to join the Global Kids Online research partnership, a project that aims to build a global network of researchers and experts in order to generate and sustain cross national evidence on the opportunities and risks of child internet use. Pilot studies utilising the toolkit among children aged 9 – 17 were originally conducted in  Argentina, the  Philippines,  Serbia and  South Africa (an overview of key findings from the pilot study can be read here.) Since then, the project has expanded to countries including Montenegro, Ghana and Chile.

The GKO pilot study released in late 2016 also found that on average 8 in 10 children accessed the internet via smartphones. More internet access comes with higher exposure to online risk and the safety of children online depends on their digital skills. Better skills also allow children to take more advantage of the opportunities that the internet affords them.

A majority of children also report learning new skills online. Around 70 per cent of Bulgarian children report that they learn new things from the Internet every week and almost all of them (96 per cent) agree that the internet offers a lot of useful things for children their age. Half of all children use the internet for schoolwork and 45 per cent to look for news online. Child searches for health information are rare, even among older teenagers. In fact, children in Bulgaria use the internet most often for leisure and entertainment activities, such as watching videos (89 per cent), listening to music (86 per cent), and visiting social networking sites (73 per cent). Playing games and posting pictures and comments are also popular.

While children in Bulgaria use the internet to create content rather rarely, they seem competent internet users. Most know how to save a photo they found online (86 per cent), find it easy to choose terms for their online searches (78 per cent), or how to install an app (77 per cent) and check mobile app prices (67 per cent). They are also able to access their information from various devices they use (70 per cent) and know how to change the privacy settings of their online profiles (73 per cent).

The increased use of the internet, however, has created more exposure to risk, especially for older children. Over the past year, 15 per cent of children in Bulgaria have experienced something online that bothered or upset them compared to 9 per cent in 2010. About one third of all survey participants have seen online pornographic content, which was upsetting for almost half of these children. A third of the children have encountered online hate speech or seen violent online materials, including images and videos of murders and executions, which was exceptionally or very upsetting for nearly half of the children.

Most children talk to family and friends when they experience something negative online but nearly one in 5 children do not speak to anybody. Parents and carers are the main source of support (70 per cent of children turn to them), followed by friends (36 per cent) and siblings (12 per cent). Teachers or other professionals are very rarely sought for support in such cases (respectively 4 and 1 per cent respectively).

In addition, a significant number of children (18 per cent) do not talk to anybody and this proportion has increased considerably since 2010 (4 per cent).

For more information, visit  www.globalkidsonline.net. Join the conversation on social media at #GlobalKidsOnline. 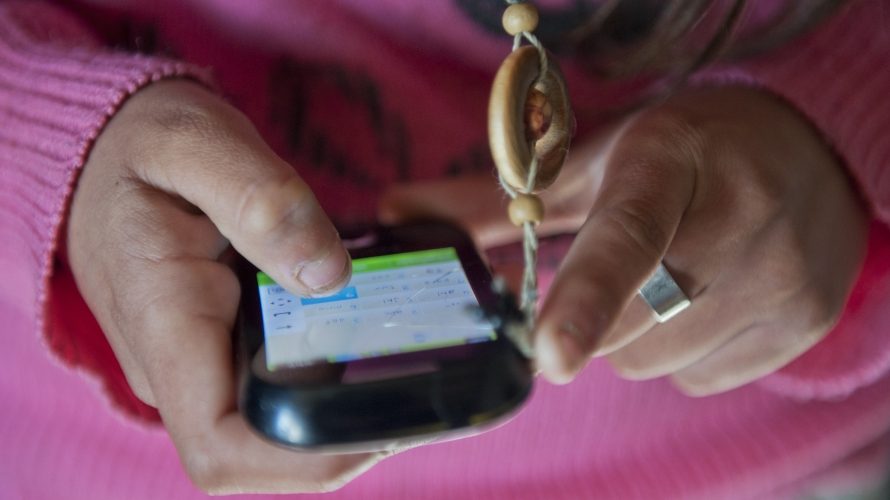 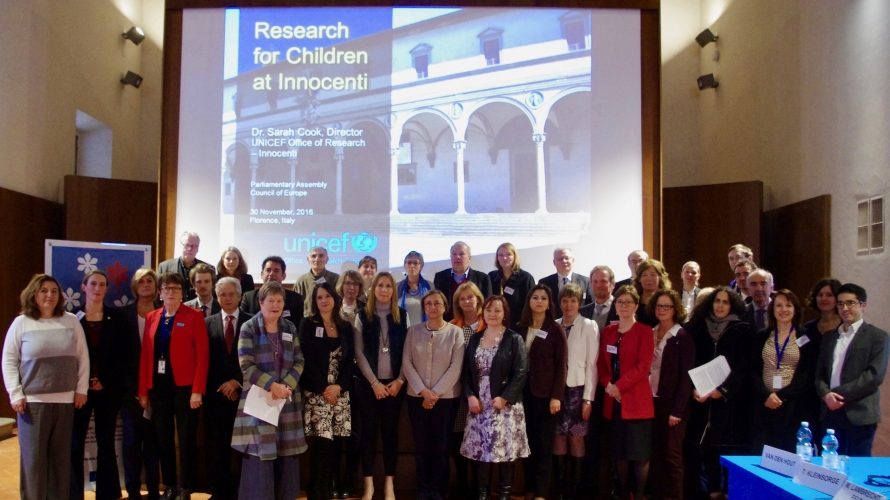 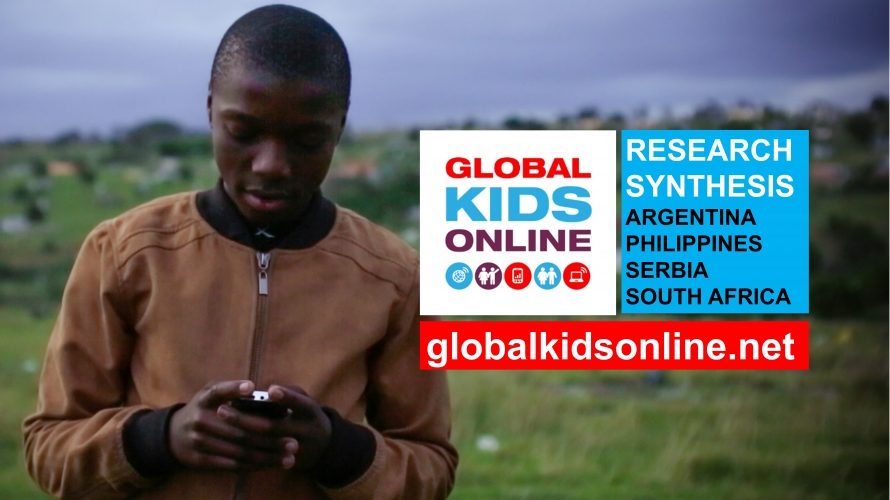