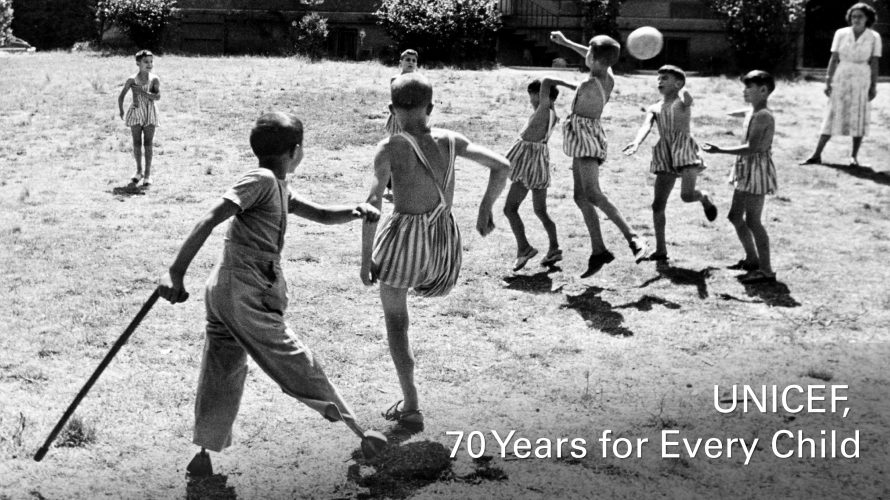 Circa 1950 in Italy, with a woman looking on, disabled boys, most of whom are dressed in striped jumpsuits and missing either an arm or a leg, play soccer on the lawn in front of an institution.

(24 February 2017) To commemorate the 70th anniversary of UNICEF’s founding in 1946 the UNICEF Office of Research – Innocenti and the Istituto degli Innocenti have opened a new historical exhibition titled UNICEF 70 years for every child, covering seven decades of the organization’s work for the world’s children.

The exhibition, originally produced for a major UNICEF headquarters event in New York has been adapted and translated for the Italian public and hosted in the temporary exhibition space of the Museo degli Innocenti. The exhibition is open free of cost to the public until 18 March 2017.

"Seventy years ago, UNICEF came to Europe, and to Italy, to bring emergency aid to children affected by the devastation of World War II; and over the last seven decades UNICEF has grown into the world's largest organization for children," said Sarah Cook, director of the Office of Research - Innocenti. "Today, after 70 years, it is fitting that we open this beautiful exhibit at Museo degli Innocenti in the presence of key partners and friends who have contributed so much to UNICEF’s success.”

“The collaboration between the Italian Government and UNICEF was enshrined by law in 1988," said Maria Grazia Giuffrida, President of Istituto degli Innocenti. "The UNCEF Office of Research – Innocenti has been hosted in the Istituto degli Innocenti for almost 30 years. This partnership is very important for children and the activities we have carried out together, including on children in armed conflict, child friendly cities, the Innocenti Library.”

Also speaking at the exhibition opening was Giacomo Guerrera, President of the UNICEF National Committee for Italy based in Rome. The Italian Committee for UNICEF was founded in 1974 and has become one of the largest donors to UNICEF programmes around the world.

UNICEF's work, sometimes under extremely difficult circumstances, has made a valuable contribution to the enormous progress shown in recent decades for children. Over the past 25 years, the number of children dying before the age of five has been reduced by more than half; millions of children have been lifted out of poverty; the rate of school-age children not enrolled in school has been reduced by over 40 per cent since 1990.

Despite this impressive progress, millions of children still remain untouched, for reasons related to poverty, discrimination and humanitarian disasters. About 250 million children live in countries affected by conflict, and nearly 50 million have been forced to leave their homes.

Faced with these challenges, the UNICEF Office of Research - Innocenti plays a strategic role in the coordination and development of the global UNICEF research agenda, both in developing and developed countries. The Innocenti Report Card series has become a reference point for assessing the conditions of child well-being in rich countries. 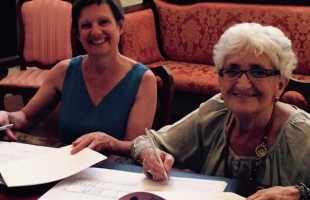 The Istituto degli Innocenti and UNICEF Office of Research – Innocenti, on 22 July, formally renewed their cooperation, signing an agreement to work together for another four year period (1 January 2017 – 31 December 2020). The new agreement defines the range of activities that the two institutions will collaborate on over the coming years in order to promote recognition and observance of children's rights on the national and international levels, including joint management of the public Innocenti library.Among many features in the new agreement, a highlight is finalization of terms and conditions for the use of new office premises made available by Regione Toscana and Istituto degli Innocenti for UNICEF Innocenti. The new facilities were agreed upon in a 27 March 2012 Memorandum of Understanding. The facilities, currently under renovation, will become available for use in May 2017 and will allow UNICEF Innocenti to expand its functions both as a global research centre on children and as a convening centre. Over the next few years the Istituto and UNICEF will also collaborate to integrate within the new Museum Degli Innocenti (MUDI), exhibitions that feature displays on global children’s issues and the contributions of UNICEF to research at Innocenti. Cooperation between UNICEF and the Government of Italy at Innocenti began in 1988 when they launched an effort to establish a “new global ethic for children” in Florence. Eventually UNICEF established its international research function at the nearly 600-year-old Ospedale, an institution that can be viewed as one of the earliest efforts by secular authorities to elevate the concerns of vulnerable children to the level of civic priority. (22 July 2016)
Read the article 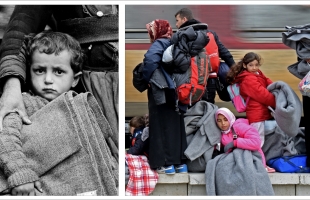 UNICEF commemorates 70 years of work for the most vulnerable children 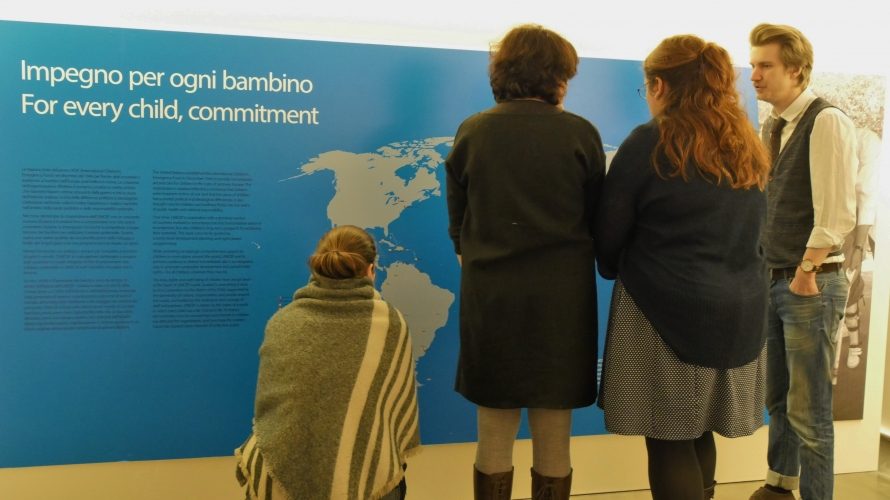 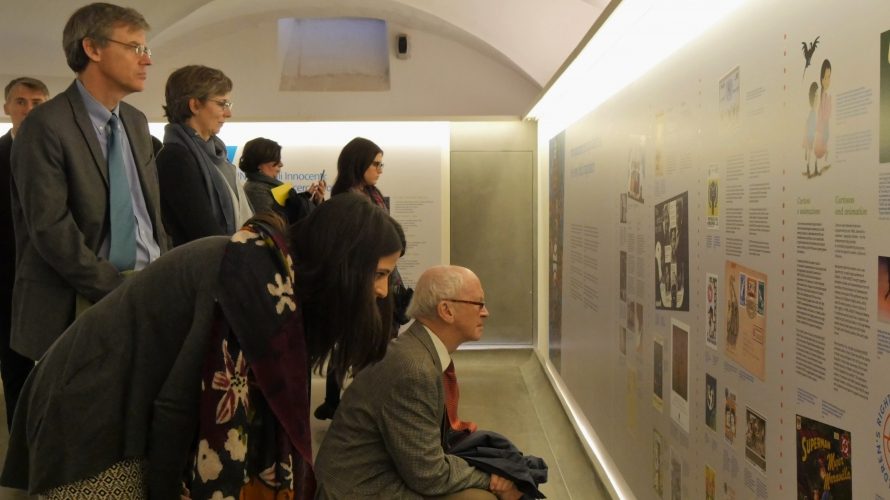 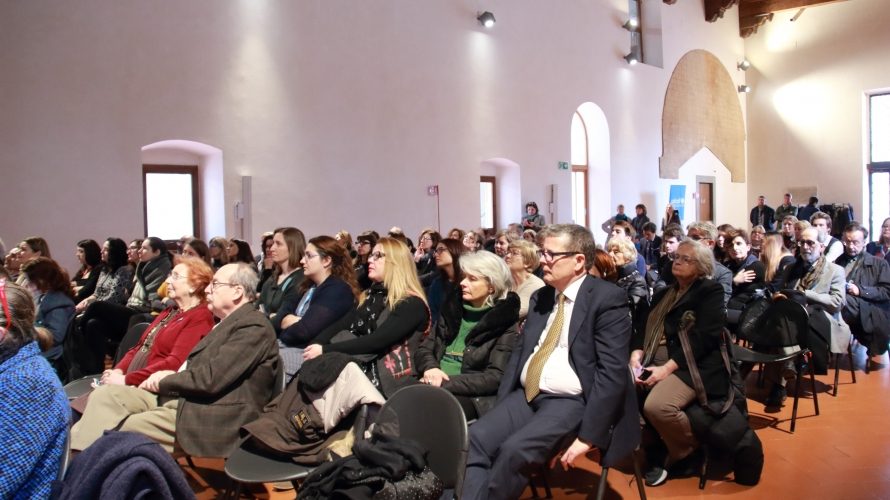 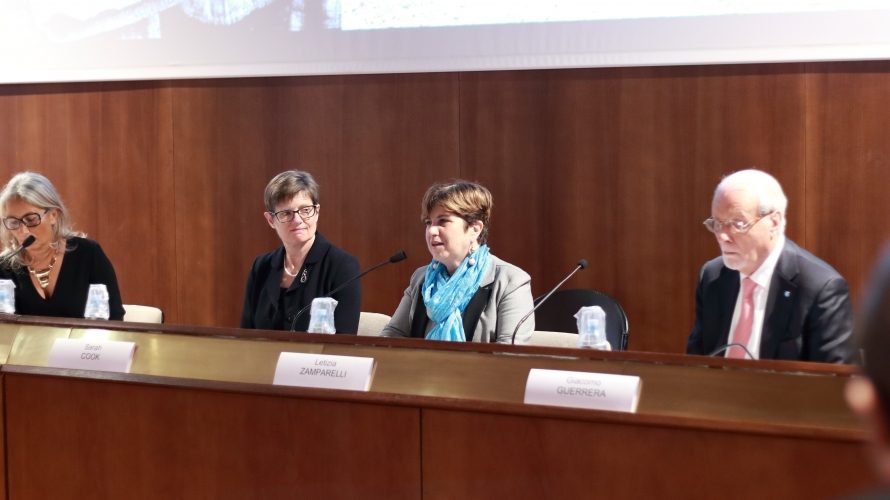