Children on the move from Africa do not aim for Europe, UNICEF study shows 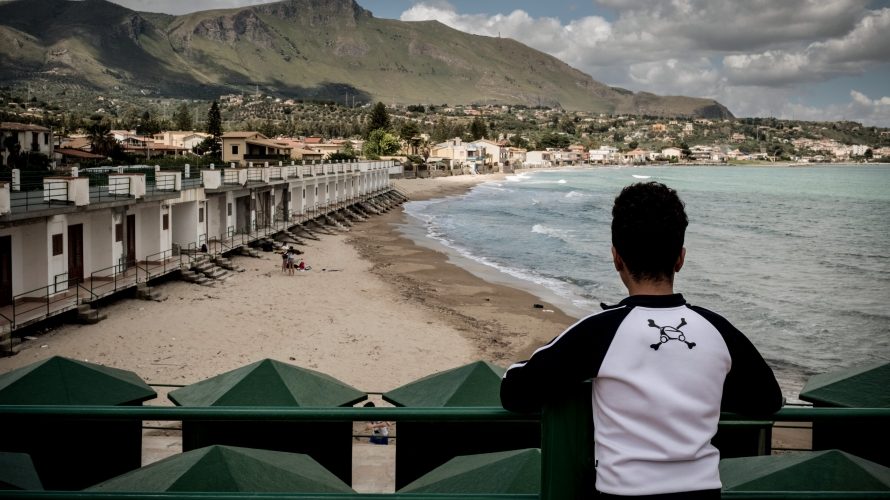 © UNICEF/UN019996/Ash Gilbertson VII Photo
An unaccompanied boy looks across the beach in southern Italy. He lives in a government administered centre for unaccompanied boys that provides shelter, food, education and legal help in Trabia, Sicily.

(26 July 2017) Children on the move into Europe from Africa take the decision to leave home on their own and do not initially intend to go to Europe. For the majority the systematic trauma and abuse they witnessed or suffered in Libya caused them to flee to Europe and take the terrifying Central Mediterranean sea route, according to a new study (download right) commissioned by UNICEF and carried out by REACH.

As many as 75 percent of the refugee and migrant children interviewed in Italy as part of the study, took the decision to embark on the journey alone. The journey itself can take a staggering two years or more for children. One of the key reasons children give for leaving home was violence at home but also deprivation and conflict. Child marriage was also reported as the main reason for leaving by 1 in 5 of all girls interviewed. Children’s journeys to Europe were often fragmented and their destination changed along the way.

“What is striking about this study is it shows for the first time that there are overwhelmingly far more reasons that push children to leave their homes, than has been previously understood, and fewer pull factors that lure them to Europe,” said Afshan Khan UNICEF Regional Director for Europe and Central Asia.

The aim of the study is to provide decision makers, partners and governments with evidence on what drives children to flee their countries and homes. The interviews were conducted in the two main gateways into Europe – Italy and Greece – with a total 850 children, between the ages of 15 and 17 years old.

UNICEF Innocenti has recently begun a new research project Children and Migration: Rights and  resilience which emphasizes child rights-sensitive inquiry to explain the intricate dynamics not captured by more general research. The latest version of UNICEF Innocenti's Research Watch has also focused on child migration bringing together top world experts to discuss the research agenda for migrant and refugee children.

Refugee and migrant children in Italy unanimously reported their time in Libya as the most traumatising part of their journey on land. Almost half of them (47 per cent) reported to have been kidnapped for ransom in Libya, and one in four children (23 per cent) reported to have been arbitrarily arrested and held in prison without charges. The majority come from various countries in sub-Saharan Africa but some are from as far afield as Bangladesh.

“For those who did aim to come to the continent, the allure of Europe was the chance of furthering their education, respect for their rights and getting ahead in life. However once they reach Europe the reality is sadly quite different and their expectations are shattered,” said UNICEF’s Afshan Khan. 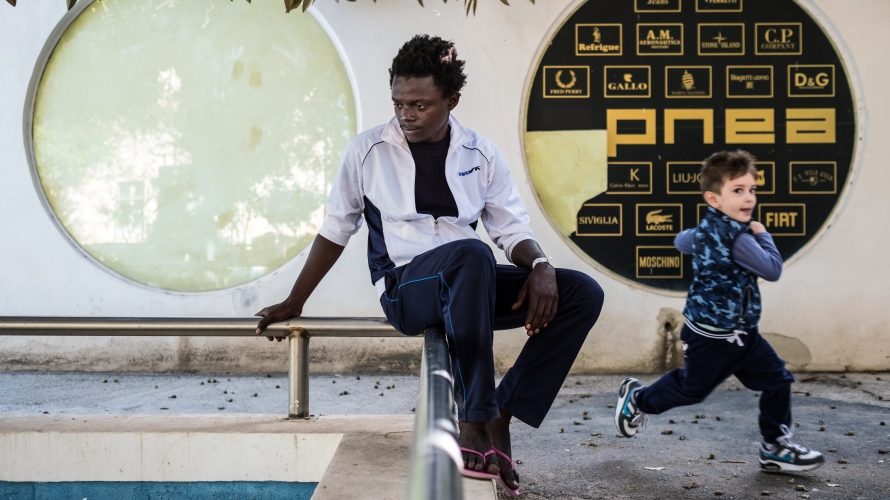 Mohammad, 17, (left) from Kafuta, Gambia sits by a pond in a park in Pozzallo, Sicily, Italy, during a walk around town to take a break from their accommodations at the asylum seeker reception center, known as a Hot Spot.

In Greece the survey showed that one in three parents or caretakers said that seeking education for their children was the main reason they left their countries for Europe. However the survey of refugee and migrant children revealed that lengthy procedures and confusion about their rights have led to many children dropping out of the Italian and Greek reception systems, losing out on education and exposing them to high risks of abuse and exploitation.

Of the 12,239 children who arrived in Italy in the first six months of this year, 93 percent travelled alone.

As outlined in the study, the profiles of children arrived in Italy and Greece vary significantly. Children in Italy tend to have made the decision to migrate individually (75 per cent of interviewed children) and are mostly unaccompanied, boys, aged 16 to 17. In Greece, children tend to have taken a joint decision within their family and arrive with family members (91 per cent of interviewed children), at an almost equal level between boys and girls, and from all age groups. At the recent G20 and G7 summits, UNICEF urged governments to take action to protect child refugees and migrant as part of its six-point plan of Action for Children Uprooted which calls for the protection of every child uprooted by war, violence and poverty. The plan calls on governments to:

(This press release was originally published on the www.unicef.org press centre) 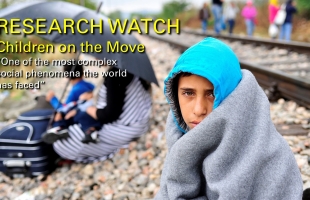 With an estimated 50 million children on the move in the world today, and millions more deeply affected by migration, the need for in-depth evidence to inform better policy on child migration has never been greater. In response, UNICEF Innocenti has launched a new edition of Research Watch – an online portal for researchers and policy analysts – on the theme Children on the Move. The new edition brings together top researchers, policy experts and children themselves, to explore a wide range of topical research and evidence questions. Children on the Move has been launched in coordination with UNICEF’s new global migration report Uprooted: The Growing Crisis for Migrant and Refugee Children.     “It is a fantastic opportunity to launch a new edition of Research Watch in coordination with release of a major global report on child migration – one of the world’s most urgent challenges for children,” said Dale Rutstein, Chief of Communication at UNICEF Innocenti. “We hope to highlight the critical role for in-depth research, especially involving the voices of children, in efforts to develop better policies and programmes for migrant and refugee children.”After more than a year in hiatus, Research Watch has been completely revamped as digital first multimedia content. It provides multiple thematic expert videos, topical written commentaries, in-depth podcasts and suggested research resources. As always, the content presents the views and experience of some of the leading thinkers on the current topic. Featured expert voices for Children on the Move include Simon Parker, at the University of York, Jacqueline Bhahba, of Harvard Law and Harvard Kennedy Schools, Victoria Rietig, with the Migration Policy Institute, Andrea Rossi, UNICEF social policy specialist and Mike Dottridge, an independent child rights in migration expert. The main research themes highlighted in the videos include: Push and Pull Factors Affecting Children in Migration, Child Migration and the Law, and Challenges in Protecting the Rights of Migrating Children. Two additional videos tell the story of migrant children in Guatemala and Greece. There are also written think pieces on a wide range of child migration questions. Professor François Crépeau, UN Special Rapporteur on the Rights of Migrants on administrative detention of children and Michelle May, of the Harvard Program on Refugee Trauma writes on unaccompanied minors from Afghanistan, Hanne Beirens of the Migration Policy Institute in Brussels writes on EU child oriented asylum policy among others. The podcasts contain all full un-edited interviews with featured experts. Research Watch and the global report Uprooted are key elements in UNICEF’s call for improved global cooperation on child migration on the eve of the 19 September UNGA Summit on Large Scale Movements of Refugees and Migrants and President Obama’s 20 September Leaders’ Summit on Refugees.GO TO THE RESEARCH WATCH PAGE(7 September 2016)
Read the article

Children on the move in Italy and Greece