Babies and mothers worldwide failed by lack of investment in breastfeeding

New analysis shows an investment of $4.70 per newborn could generate $300 billion in economic gains
01 Aug 2017

© UNICEF/UNI184466/Page
A woman breastfeeding is important for her 22-month-old baby in Kot Danda is a mountain-top village that was heavily damaged during the Nepal Earthquake.

(1 August 2017) No country in the world fully meets recommended standards for breastfeeding, according to a new report by UNICEF and the World Health Organization (WHO) in collaboration with the Global Breastfeeding Collective, a new initiative to increase global breastfeeding rates.

The Global Breastfeeding Scorecard, which evaluated 194 nations, found that only 40 per cent of children younger than six months are breastfed exclusively (given nothing but breast milk) and only 23 countries have exclusive breastfeeding rates above 60 per cent.

Evidence shows that breastfeeding has cognitive and health benefits for both infants and their mothers. It is especially critical during the first six months of life, helping prevent diarrhoea and pneumonia, two major causes of death in infants. Mothers who breastfeed have a reduced risk of ovarian and breast cancer, two leading causes of death among women.

“Breastfeeding gives babies the best possible start in life,” said Dr. Tedros Adhanom Ghebreyesus, Director-General of WHO. “Breastmilk works like a baby’s first vaccine, protecting infants from potentially deadly diseases and giving them all the nourishment they need to survive and thrive.”

The scorecard was released at the start of World Breastfeeding Week alongside a new analysis demonstrating that an annual investment of only US$4.70 per newborn is required to increase the global rate of exclusive breastfeeding among children under six months to 50 per cent by 2025.

Nurturing the Health and Wealth of Nations: The Investment Case for Breastfeeding, suggests that meeting this target could save the lives of 520,000 children under the age of five and potentially generate US$300 billion in economic gains over 10 years, as a result of reduced illness and health care costs and increased productivity. 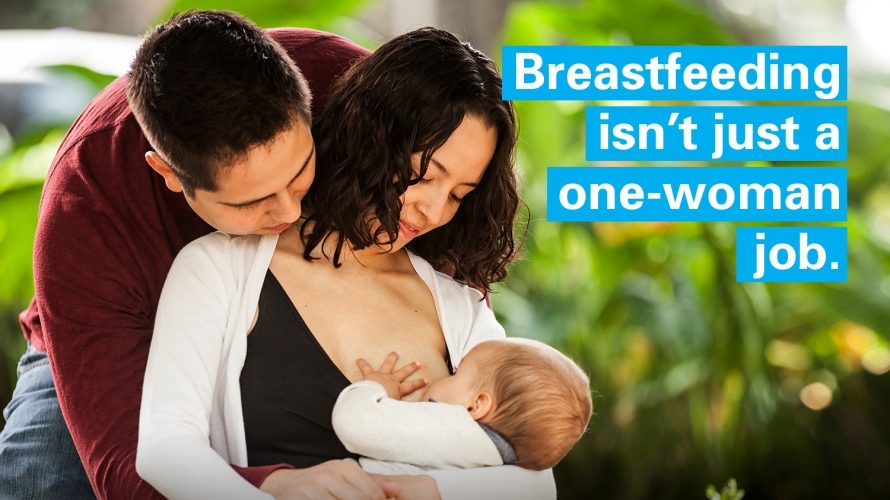 “Breastfeeding is one of the most effective – and cost effective – investments nations can make in the health of their youngest members and the future health of their economies and societies,” said UNICEF Executive Director Anthony Lake. “By failing to invest in breastfeeding, we are failing mothers and their babies – and paying a double price: in lost lives and in lost opportunity.”

The investment case shows that in five of the world’s largest emerging economies—China, India, Indonesia, Mexico and Nigeria—the lack of investment in breastfeeding results in an estimated 236,000 child deaths per year and US$119 billion in economic losses.

Globally, investment in breastfeeding is far too low. Each year, governments in lower- and middle-income countries spend approximately US$250 million on breastfeeding programs; and donors provide only an additional US$85 million.

The Global Breastfeeding Collective is calling on countries to:

Breastfeeding is critical for the achievement of many of the Sustainable Development Goals. It improves nutrition (SDG2), prevents child mortality and decreases the risk of non-communicable diseases (SDG3), and supports cognitive development and education (SDG4). Breastfeeding is also an enabler to ending poverty, promoting economic growth and reducing inequalities.

In 1990 UNICEF and WHO adopted the Innocenti Declaration on the Protection, Promotion and Support of Breastfeeding in Florence to ensure that all facilities with maternity services fully implemented the Ten Steps to Successful Breastfeeding to support and encourage breastfeeding for new born infants which first appeared in a joint statement by the World Health Organization (WHO) and UNICEF in 1989 on Protecting, Promoting and Supporting Breastfeeding: the Special Role of Maternity Services. The Steps as well as the International Code of Marketing of Breast-milk Substitutes became the foundation for the Baby-friendly Hospital Initiative (BFHI) in 1991.

In 2009 BFHI was updated taking into account the experiences from the first 15 years of implementation and the guidance on infant feeding among mothers infected with HIV. In 2012, the 194 countries of the World Health Assembly committed to a target of increasing the global rate of exclusive breastfeeding in the first six months of life from a baseline of 37 per cent to 50 per cent by 2025.

About the Global Breastfeeding Scorecard - The Scorecard compiles data from countries all over the world on the status of seven priorities set by the Global Breastfeeding Collective to increase the rate of breastfeeding. The 23 countries that have achieved exclusive breastfeeding rates above 60 per cent are: Bolivia, Burundi, Cabo Verde, Cambodia, Democratic People’s Republic of Korea, Eritrea, Kenya, Kiribati, Lesotho, Malawi, Micronesia, Federated States of Nauru, Nepal, Peru, Rwanda, São Tome and Principe, Solomon Islands, Sri Lanka, Swaziland, Timor-Leste, Uganda, Vanuatu, and Zambia.

This press release was originally published on www.unicef.org/breastfeeding 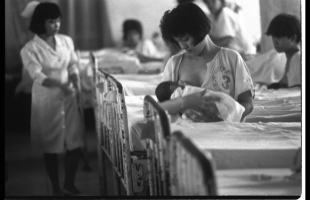 WHO experts to update recommendations on breastfeeding in maternity facilities

(4 November 2016) On the eve of the 25th anniversary of the Baby-friendly Hospital Initiative, the World Health Organization is convening the second meeting of the WHO Guideline Development Group – Nutrition Actions 2016-2018 in Florence, Italy, 7 – 11 November 2016. The WHO Guideline Development Group, together with other WHO expert advisory panels and a multi-disciplinary team of experts from all parts of the world will formulate final draft recommendations on new born and infant nutrition, taking into account existing evidence as well as diverse values and preferences, costs and feasibility.(4 November 2016) The Innocenti Centre is an appropriate venue for the review of the guidelines based on new evidence, and for an update on the WHO recommendations on breastfeeding in maternity facilities.The Ospedale Degli Innocenti, which today houses UNICEF Innocenti and the Istituto Degli Innocenti, is the spot where, almost 600 years ago, child care – and breastfeeding practice itself – for the most vulnerable children, became a civic priority for the community of Florence. In 1990 UNICEF and WHO adopted in Florence the Innocenti Declaration on the Protection, Promotion and Support of Breastfeeding to ensure that all facilities with maternity services fully implemented the Ten Steps to Successful Breastfeeding to support and encourage breastfeeding for new born infants.The Ten Steps first appeared in a joint statement by the World Health Organization (WHO) and UNICEF in 1989 on Protecting, Promoting and Supporting Breastfeeding: the Special Role of Maternity Services. The Steps as well as the International Code of Marketing of Breast-milk Substitutes became the foundation for the Baby-friendly Hospital Initiative (BFHI) in 1991.In 2009 BFHI was updated to take into account the experiences from the first 15 years of implementation and the guidance on infant feeding among mothers infected with HIV.This year, for five days, the Innocenti Centre will be again at the heart of the discussion to finalize the global guidelines for protecting, promoting and supporting breastfeeding in maternity facilities and to scope the vitamin A supplementation guidelines.
Read the article

Breastfeeding is a baby's first vaccine 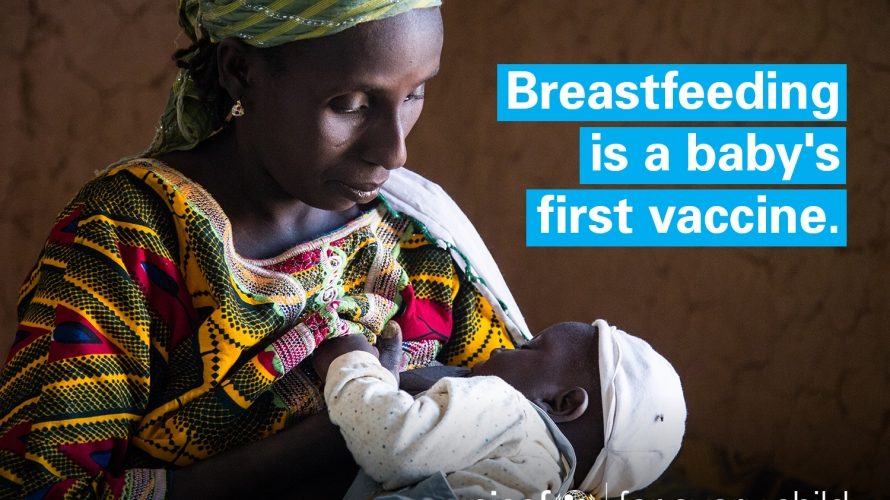 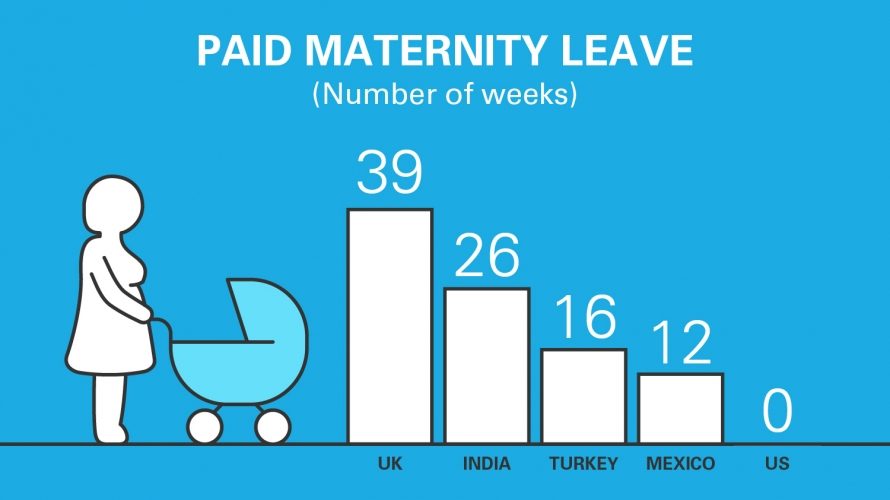 Nurturing the Health and Wealth of Nations: The Investment Case for Breastfeeding