Uncovering drivers of violence against children in Swaziland

Violent discipline affects 9 in 10 children; 1 in 3 experience some form of sexual abuse
03 Aug 2017 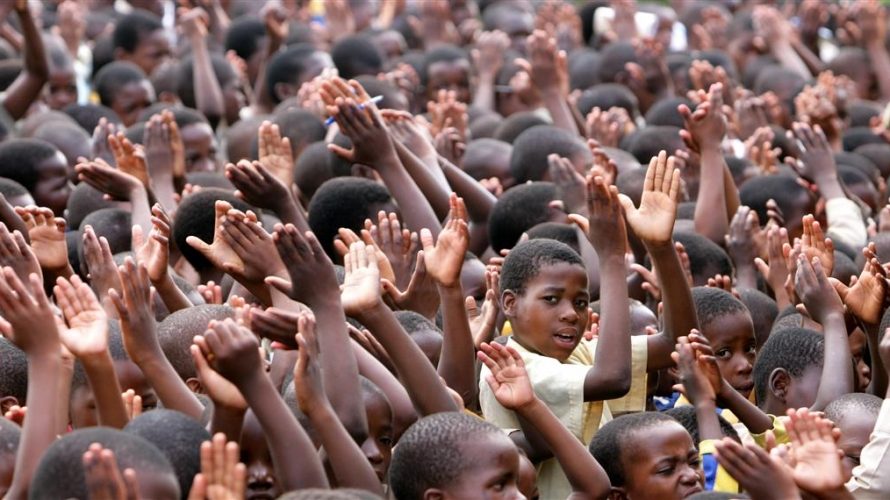 © UNICEF/UNI93493/Pirozzi
Children clap at a morning assembly at a UNICEF-supported child-friendly school in Mbabane, Swaziland.

(3 August 2017) A comprehensive qualitative study exploring the drivers of violence affecting children in Swaziland aims to shed light on why violence against children is happening and to make recommendations on what can be done to prevent it. The National Study on the Drivers of Violence against Children in Swaziland report, launched 18 May 2017, identifies key drivers linked to increased risk of violence against children1 – including gender inequality and entrenched social norms preventing disclosure of family ‘secrets’ – and lays out policy recommendations focusing on improving legal frameworks and creating safe protective settings for children.

The study follows the Research to Policy and Practice Process (R3P) methodology developed by UNICEF Innocenti’s ongoing Multi-Country Study on the Drivers of Violence Affecting Children, and improves upon it with the collection of new qualitative data on contributing factors of violence affecting children.  The study was carried out by the University of Edinburgh, in partnership with The University of Swaziland, UNICEF Swaziland and with support from the Swaziland Deputy Prime Minister’s Office. The report is a follow-up to the ground-breaking 2007 quantitative national study on violence against children in Swaziland.

According to national survey data, violent discipline in the home, which includes physical punishment and psychological aggression, affects more than 88 per cent of all children in Swaziland. The study findings also reveal that sexual violence and bullying affects 38 per cent and 32 percent of children in Swaziland, respectively. The study found that children experiencing one type of violence were more likely to experience other types of violence. One staggering statistic to emerge from the data revealed that for every girl child known to Social Welfare as having experienced sexual violence, there are an estimated 400 girls who have never received help or assistance for sexual violence. 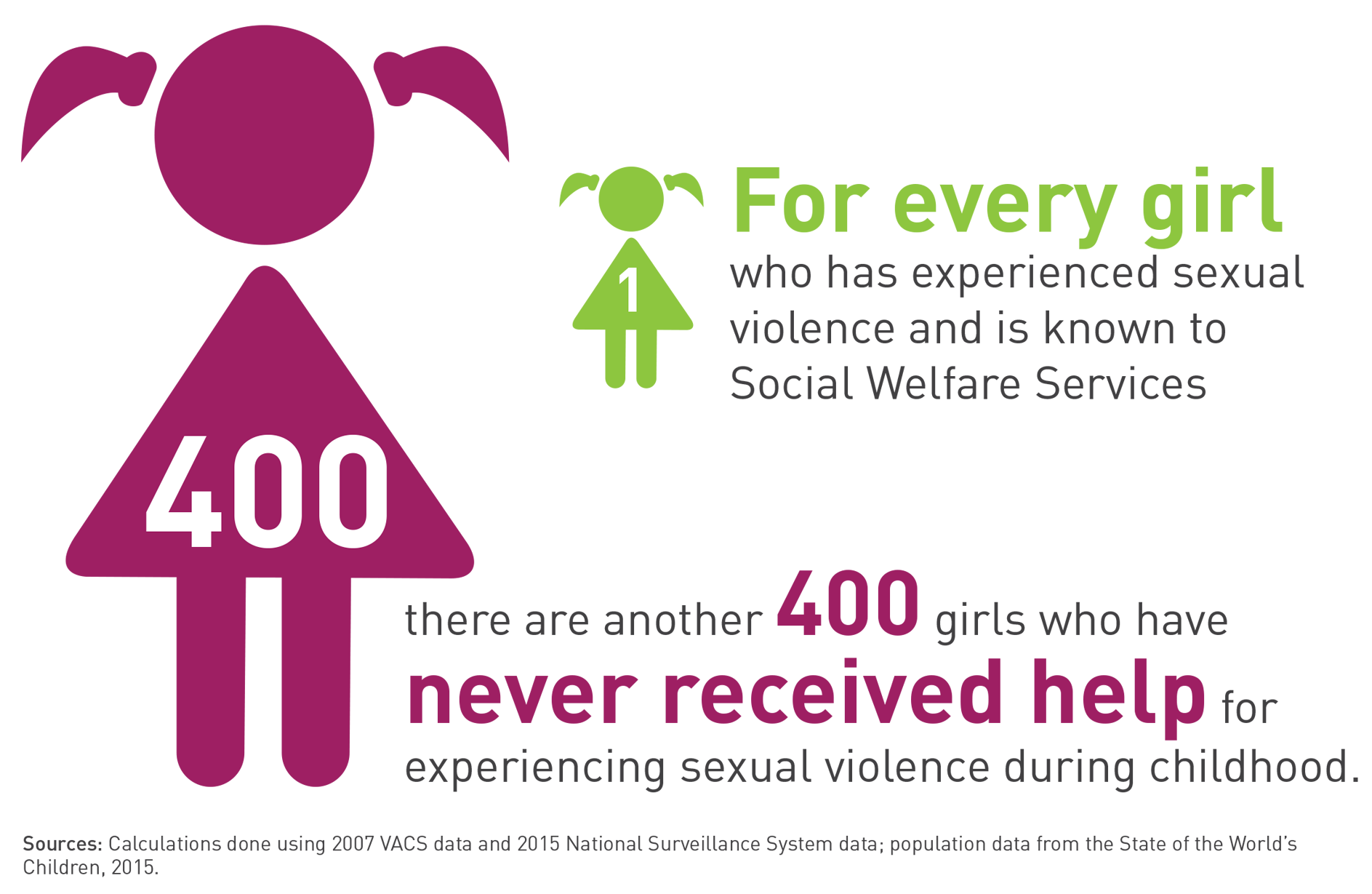 The research study assessed different levels of risk at the individual, interpersonal, and community levels. Individually, risk factors varied little across settings. Age and gender were linked to increased vulnerabilities in girls because of biological changes. Orphans and children with disabilities were found to be more vulnerable to all types of violence. Food insecurity and living with three or more other families during childhood years was found to be associated with increased risk for violence in girls as well.

Key risk factors for violence affecting children at the interpersonal level include the presence of domestic violence in the home, the quality of relationships between parents and children, financial stress and family structure, as well as the Swazi family and community normative concept of ‘tibi tendlu’, which translates to ‘family secrets.’ The widely accepted notion of keeping family matters private to protect the family or community over the individual was repeatedly cited as a driver of violence and was also found to be a factor dissuading individuals from intervening when they suspect a child is abused. Lack of reporting violence affecting children was also found to be related to a general lack of confidentiality in communities, where some have even faced retaliation after reporting childhood violence.

Swaziland is one of the first countries to link drivers of violence to strategies that are highly likely to be effective at preventing violence. The government has established a Multi-Sectoral Task Team (MTTV) to follow up on recommendations and to work with key stakeholders on prevention.

The study identifies five key factors that drive violence across all levels of society:

According to the report, these five drivers had the greatest impact on children’s individual vulnerability, on the quality of relationships in the home, school and community, on the capacity of adults to care for children and on community and institutional responses to violence. Based on findings from the study, key policy recommendations were made corresponding to the seven priority strategies found in WHO’s INSPIRE framework.

Under implementation and enforcement of laws emphasis is placed on aligning national education and child protection Acts and banning corporal punishment in all settings. Under norms and values recommendations focus on fostering national dialogue on violence, addressing harmful gender norms and scaling up positive discipline programmes in schools. Within safe environments efforts should directed toward increasing the number of guidance counselors in schools and strengthening community based child protection structures. In the parenting and caregiver support strategy area emphasis is placed on improving parenting and family strengthening skills and awareness of caring for orphans. Under income and economic strengthening recommendations focus on building entrepreneurial skills, scaling up cash transfers and vocational training. In the response and social services strategy area effort should be directed at strengthening case-management, reporting and referral mechanisms and building up child helplines and one-stop service centres. Finally, in education and life skills recommendations call for wider provision of life skills and increasing capacity of teachers for preventing violence.

[For a full summary of the recommendations from the study, click here.]

Dr. Deborah Fry, a programme director and senior lecturer on child protection at the University of Edinburgh coordinated the study in Swaziland, in consultation with UNICEF Innocenti.  As principal investigator of the study, Fry believes the findings of the report will help persuade policy makers to move forward in efforts to lower risks of violence in Swaziland. “It’s hard to know where to act and what to prioritize to help prevent violence in the first place, so this model is good at identifying which issues are actual drivers of violence,” she said. “Identifying the root causes helps to develop better programs and policies.”

Now that the drivers of violence have been established, Fry is confident about Swaziland’s commitment to do something about it. “What’s special about Swaziland is the huge commitment from all different government ministries, which has been a driver for the success of the study and is very promising for future efforts to be made going forward.”

Of the key recommendations made from the study, Fry identified implementation and enforcement of laws as especially important. “I hope that this study will be the tipping point to finally passing the Sexual Offences and Domestic Violence Act, which includes the extension of the definition of rape to male victims as well as updating and consolidating the law on sexual offences,” she said. “There is a national violence law, but is hasn’t been enforced. We also hope this evidence will help government commit to using the study findings to help form a national strategy for violence prevention. 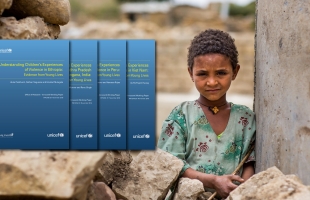 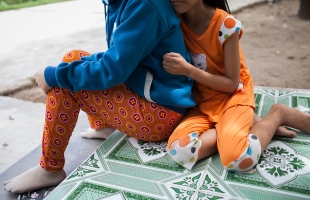 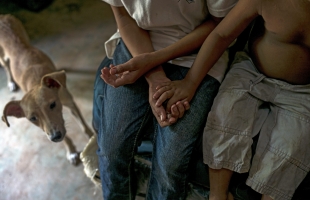 (4 April 2017) As the first stage of the Multi-Country Study of the Drivers of Violence Affecting Children draws to a close an important consultation has been organized by UNICEF Innocenti and Save the Children to review current findings and chart the next stage of the study. The Understanding Pathways workshop in Bangkok, Thailand brings together leading researchers from the four focus countries of the Multi-Country Study (Italy, Peru, Viet Nam and Zimbabwe); additional research partners from Cambodia, Indonesia, Tanzania, Paraguay, the Philippines and Serbia (where ‘Research to Policy and Practice Processes,’ informed by the Innocenti study have been launched); UNICEF country level child protection specialists and key government and research partners who have gained a better understanding what drives childhood violence and what can be done about it.The first stage of the Multi-Country Study focused on grounding the research through systematic literature reviews and secondary data analysis to understand what is currently known about sexual, physical and emotional violence affecting children in their homes, schools and communities. Each country underwent an ‘action analysis’ process to prioritize one entry point (homes, schools or communities) in which to reduce a specific type of violence (emotional, physical or sexual). The study's second stage will now focus on testing potential or current interventions.Save the Children has recently launched a new strategic initiative: Violence is No Longer Tolerated, and has expressed interest in collaborating on the second stage of the study, with focus on identifying effective country strategies to protect children from violence. Save the Children programme specialists from each of the ten participating countries are now engaged in inter-agency learning and action planning to ensure that global work to end violence benefits from the complementary initiatives.UNICEF and Save the Children child protection staff in a working session at the Understanding Pathways workshop on the drivers of violence affecting children, Bangkok, Thailand (April 2017)"When researchers meet practitioners and work together to question evidence and move it into action, social change is inevitable," said Mary Catherine Maternowska, research lead on violence affecting children at UNICEF Innocenti. "Partnerships have formed, collaborations and co-discovery continues. The process brings out the best of both agencies."Save the Children’s contribution within the framework of the Multi-Country Study includes strengthening the child participation component of the research methodology, to ensure children’s voice and perspectives are incorporated in an ethical manner. Save the Children will offer existing materials, experience, knowledge and learning around Pathways to Change.Through co-learning and co-creation processes, UNICEF and Save the Children technical specialists, as well as external experts, will lead country teams through a process of developing theoretical and practical frameworks to guide future intervention research. The overall goal is to strengthen the evidence base for effective, adaptive violence prevention programming. Opportunities for collaborating in the next stage of research and testing of interventions will also be planned.Working session on the first day of the Understanding Pathways workshop on the drivers of violence affecting children, Bangkok, Thailand (April 2017)By the end of the Understanding Pathways workshop country teams will have developed: 1) a draft theory of change for priority areas for violence affecting children and related program logic, and 2) a draft applied research concept note needed for improved intervention design and testing to occur during the next phase. Interventions proposed will build on evidence of what works to prevent violence among, especially vulnerable groups.
Read the article