WHO, UNICEF global estimates for water, sanitation and hygiene for the SDGs 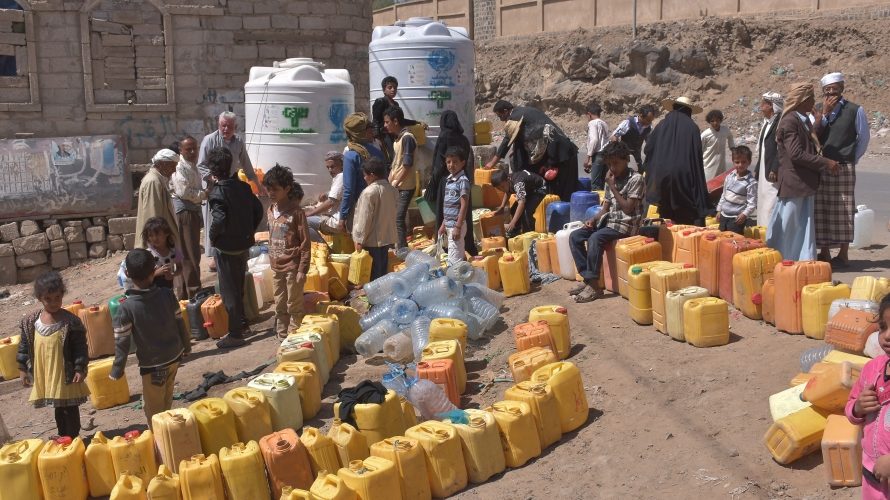 © UNICEF/Algabal
People queue to fill containers with water in Sana'a, Yemen. 14.5 million people in Yemen have no access to safe drinking water and adequate sanitation.

(28 August 2017) Some 3 in 10 people worldwide, or 2.1 billion, lack access to safe, readily available water at home, and 6 in 10, or 4.5 billion, lack safely managed sanitation, according to a new report by the World Health Organization (WHO) and UNICEF.

[During World Water Week: 29 Aug - 1 Sept, UNICEF will be drawing attention to the importance of water, sanitation and hygiene in emergencies; for more information follow UNICEF coverage here]

“Safe water, sanitation and hygiene at home should not be a privilege of only those who are rich or live in urban centres,” says Dr Tedros Adhanom Ghebreyesus, Director-General, World Health Organization. “These are some of the most basic requirements for human health, and all countries have a responsibility to ensure that everyone can access them.”

Billions of people have gained access to basic drinking water and sanitation services since 2000, but these services do not necessarily provide safe water and sanitation. Many homes, healthcare facilities and schools also still lack soap and water for handwashing.  This puts the health of all people – but especially young children – at risk for diseases, such as diarrhoea.

As a result, every year, 361,000 children under 5 years die due to diarrhoea. Poor sanitation and contaminated water are also linked to transmission of diseases such as cholera, dysentery, hepatitis A, and typhoid.

“Safe water, effective sanitation and hygiene are critical to the health of every child and every community – and thus are essential to building stronger, healthier, and more equitable societies,” said UNICEF Executive Director Anthony Lake. “As we improve these services in the most disadvantaged communities and for the most disadvantaged children today, we give them a fairer chance at a better tomorrow.”

In order to decrease global inequalities, the new SDGs call for ending open defecation and achieving universal access to basic services by 2030. Of the 2.1 billion people who do not have safely managed water, 844 million do not have even a basic drinking water service. This includes 263 million people who have to spend over 30 minutes per trip collecting water from sources outside the home, and 159 million who still drink untreated water from surface water sources, such as streams or lakes.

In 90 countries, progress towards basic sanitation is too slow, meaning they will not reach universal coverage by 2030. 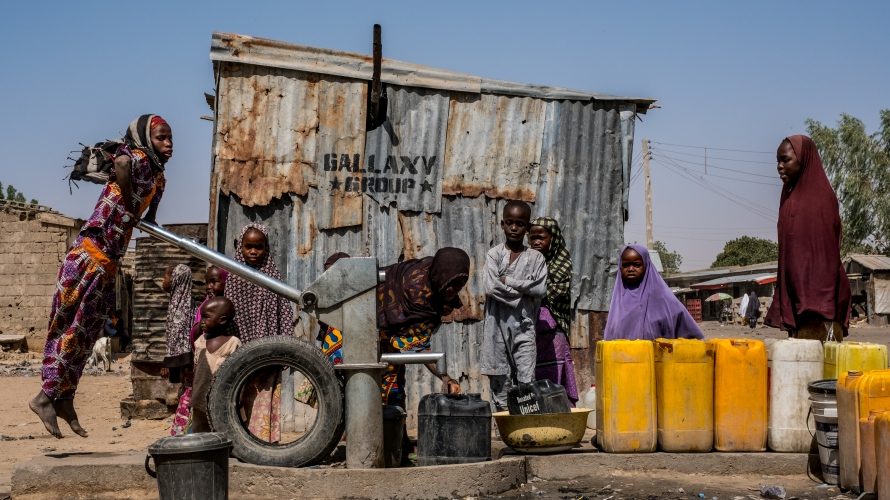 A girl pumps water from a borehole provided by UNICEF in Borno State, Nigeria.

Good hygiene is one of the simplest and most effective ways to prevent the spread of disease. For the first time, the SDGs are monitoring the percentage of people who have facilities to wash their hands at home with soap and water.  According to the new report, access to water and soap for handwashing varies immensely in the 70 countries with available data, from 15 per cent of the population in sub-Saharan Africa to 76 per cent in western Asia and northern Africa.

Additional key findings from the report include:

(This article originally appeared on www.unicef.org on 12 July 2017)

Progress on drinking water, sanitation and hygiene: WHO and UNICEF Joint Monitoring Report 2017

water supply; sanitation; hygiene; who;
SUBSCRIBE TO OUR NEWSLETTER
X