Children from Africa targeted more than any other group, pointing to impact of discrimination
13 Sep 2017 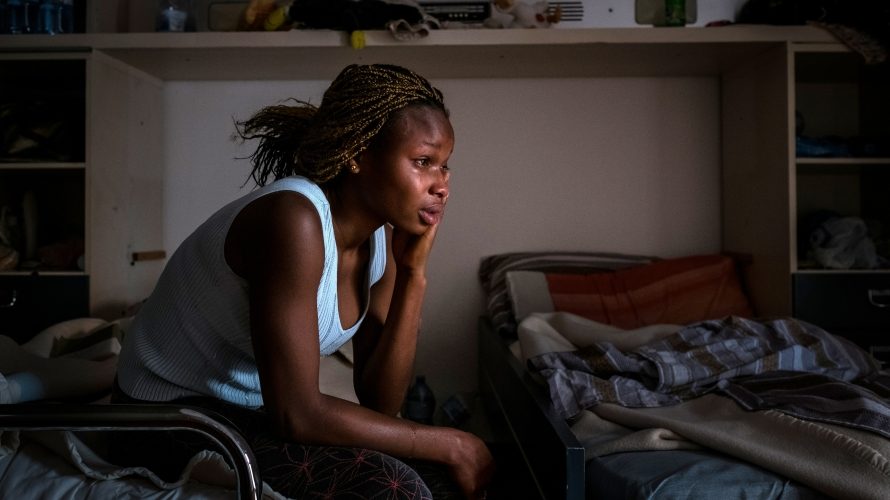 © UNICEF/UN061191/Gilbertson
Mary, [NAME CHANGED] 18, from Benin City in Nigeria, cries on a dormitory bed in the safe house where she now lives, on the outskirts of Taormina in Sicily.

(13 September 2017) Migrant and refugee children and youth trying to reach Europe face appalling levels of human rights abuses, with 77 per cent of those traveling along the Central Mediterranean route reporting direct experiences of abuse, exploitation, and practices which may amount to human trafficking – UNICEF and IOM, the UN Migration Agency, said today in a new report. (Download at right)

Harrowing Journeys shows that while all migrants and refugees are at high risk, children and youth on the move are far more likely to experience exploitation and trafficking than adults aged 25 years and above: nearly twice as likely on the Eastern Mediterranean route and at a rate 13 per cent higher on the Central Mediterranean route.

Aimamo, a 16-year-old unaccompanied child from the Gambia interviewed at a shelter in Italy described being forced into months of grueling manual labor by traffickers upon his arrival in Libya. “If you try to run, they shoot you. If you stop working, they beat you. We were just like slaves. At the end of the day, they just lock you inside.”

The report is based on the testimonies of some 22,000 migrants and refugees, including some 11,000 children and youth, interviewed by IOM.

“The stark reality is that it is now standard practice that children moving through the Mediterranean are abused, trafficked, beaten and discriminated against,” said Afshan Khan, UNICEF Regional Director and Special Coordinator for the Refugee and Migrant Crisis in Europe. “EU leaders should put in place lasting solutions that include safe and legal migration pathways, establishing protection corridors and finding alternatives to the detention of migrant children.”

“For people who leave their countries to escape violence, instability or poverty, the factors pushing them to migrate are severe and they make perilous journeys knowing that they may be forced to pay with their dignity, their wellbeing or even their lives,” said Eugenio Ambrosi, IOM’s Regional Director for the EU, Norway and Switzerland.

“Without the establishment of more regular migration pathways, other measures will be relatively ineffective. We must also re-invigorate a rights-based approach to migration, improving mechanisms to identify and protect the most vulnerable throughout the migration process, regardless of their legal status.” 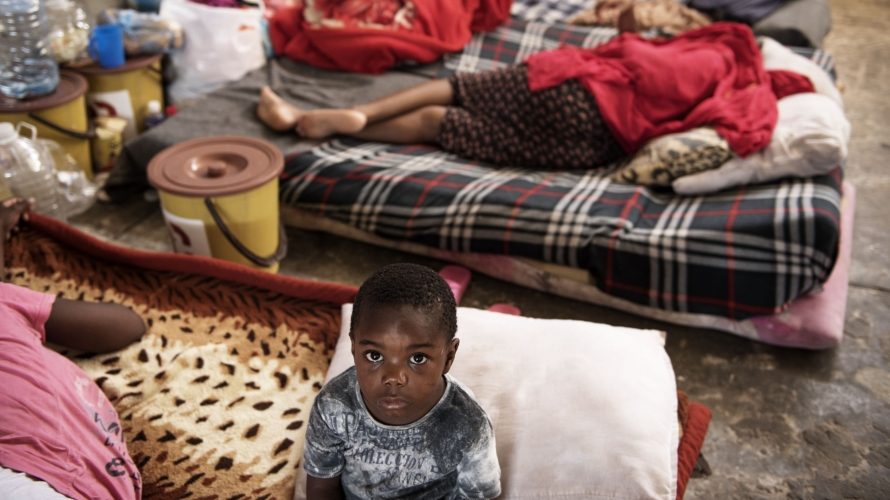 A child sits on a mattress laid on the floor of the women's section of the Al-Nasr detention centre in Zawiya, Libya.

UNICEF Innocenti is ramping up research and evidence activities on children in emergency contexts with recent creation of new streams of research on children and migration and humanitarian response. Work will focus on capturing intricate dynamics of children's experiences not captured in other research efforts.

Children and youth traveling alone or over longer periods, along with those possessing lower levels of education, were also found to be highly vulnerable to exploitation at the hands of traffickers and criminal groups over the course of their journeys. According to the report, the Central Mediterranean route is particularly dangerous, with most of the migrants and refugees passing through Libya which remains riven with lawlessness, militias and criminality. On average young people pay between $1,000-5,000 for the journey and often arrive in Europe in debt, which exposes them to further risks.

The report calls on all concerned parties − countries of origin, transit and destination, the African Union, the European Union, international and national organizations with support from the donor community – to prioritize a series of actions.

These include establishing safe and regular pathways for children on the move; strengthening services to protect migrant and refugee children whether in countries of origin, transit or destination; finding alternatives to the detention of children on the move; working across borders to combat trafficking and exploitation; and combating xenophobia, racism and discrimination against all migrants and refugees.

(The original version of the article appeared on www.unicef.org) 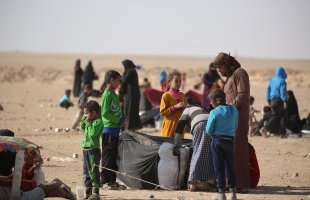 Trafficking in humanitarian emergencies: A largely unattended threat to children

(23 August 2017) A new UNICEF Innocenti blog sheds light on important evidence and knowledge gaps related to human trafficking in humanitarian settings. One of the most neglected issues in emergencies, trafficking is usually viewed as a pre-existing problem and not as a direct consequence of conflict or natural disaster. Its peculiar nature is often misunderstood, remaining largely unaddressed in emergencies. However, humanitarian crises tend to exacerbate pre-existing exposure to abuse and exploitation, introducing new risks and threats especially for women and girls. Human trafficking in humanitarian settings can take many forms including forced prostitution, forced marriage and sexual slavery. It can often involve fathers, mothers, husbands, extended family, acquaintances and neighbors. In a context of general vulnerability – such as prolonged sheltering in a crowded tent camp – there are often factors that leave families with no viable alternative for survival other than situations that could be defined as exploitation and trafficking in national and international law.As Alina Potts, the author of the post, says: “how aid agencies deliver assistance —and through whom it is channeled— are critical in determining whether power imbalances that can lead to exploitative situations are maintained, worsened, or reduced…. The principle of ‘doing no harm’, or at least seeking to minimize or avoid exposing people to further harm as a result of one’s actions, is essential, as is avoiding adding to a long list of protection concerns that are unrealistic for any one actor or sector to address.”Consolidating the evidence base on how human trafficking for sexual exploitation is exacerbated by conflict and natural disaster is an essential first step in addressing the problems. It will also be necessary to better catalogue what humanitarian actors are already doing to combat trafficking during emergencies. There is an urgent need to better understand which approaches best meet the needs of the children and women most at risk, and to take a critical look at how responses in emergencies may inadvertently act as a push or pull factor, as well as for expanding the tools and resources we have at our disposal.In addition to those recently proposed at the ECOSOC Humanitarian Affairs Segment side event  in Geneva Preventing Human Trafficking among Crisis-Affected Populations in Emergency Settings, the author raises the following potential framing questions and invites those currently engaged in research, programming and policy making to prevent and/or respond to trafficking for the purposes of sexual exploitation in emergencies to share findings, burning questions, and future plans to contribute to a broad discussion on the subject:What is known about trafficking of women and children for purposes of sexual exploitation during humanitarian emergencies? (Mapping Patterns)How do the drivers of trafficking for the purposes of sexual exploitation differ in emergencies vs non-emergency settings, and how are they the same?How do humanitarian responses put women and children more at risk of this type of trafficking?What mechanisms are in place to monitor this and trigger corrective action when needed?  (Do no/least harm)What is already being done about it, and how? (Emerging good practices)How can an understanding of drivers specific to humanitarian settings be used to adapt responses used to combat trafficking in non-emergency contexts?What (innovative) actions are already being taken in emergency contexts, and which show signs of promise?How are affected individuals and communities (including religious leaders) involved in efforts to better understand and address the issue? What ethical issues arise for those at-risk, as well as the researchers and practitioners involved?For those interested to share findings, burning questions, and future plans read the blog
Read the article

Harrowing Journeys: Children and Youth on the Move Across the Mediterranean