Economics of inequality and conflict

(1 December 2017) Students recently gathered for the opening lecture in the University of Florence School of Economics and Management’s new lecture series on development economics, given by Jose Cuesta Chief of social and economic policy at UNICEF Innocenti.

Cuesta’s lecture, titled Inequality, Redistribution and Conflict, presented an economic perspective on conflict and inequality, through examination of economic models influencing current events. The presentation zoomed-in on recent examples of civil conflict in Honduras and Zimbabwe, looking at the effect of inequality on the costs of war and how these variables may have affected political stability. 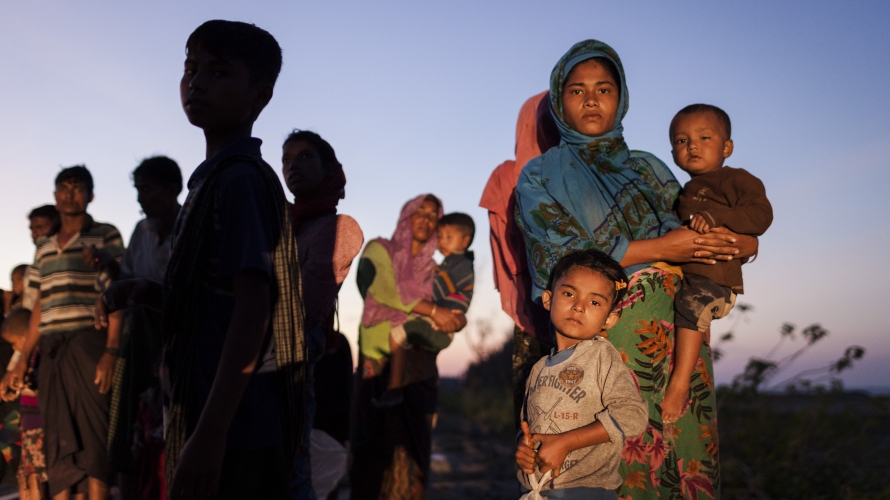 Mothers and children near the coast shortly after arriving in Cox's Bazar District, Bangladesh. The three spent seven days on a bank of the Naf River in Myanmar before making the crossing aboard a fishing boat.

Research on the link between inequality and conflict is important for UNICEF – a leading humanitarian response agency in countries affected by conflict.  “Understanding how conflict emerges and pervades is critical for our work, both in terms of contextualizing our programming and ensuring it contributes to solutions,” said Cuesta. Equity, for example, is one cross-cutting pillar that is intimately related to conflict, he added.

In his lecture, Cuesta presented economic models that attempt to measure the role of inequality as a contributing variable in predicting a conflict. Some models, he emphasized, could be tailored to work for very specific situations, but measuring inequality as well as factoring in the many different cultural contexts that exist for different countries and states, has proven to be a challenge for developing universal economic models for conflict.

Inequality, Redistribution and Conflict from UNICEF Office of Research - Innocenti

Cuesta noted, “a model that can be only used for one country is not a very useful model. The economic model of conflict provides a set of principles that are useful to understand certain dynamics of conflict – but not all... we can come up with variables with more resolution, including those of culture, social norms, perceptions and attitude. That would require more precise instruments of data collection. And then we need to better explain the results our analytics provide.”

There are several ways in which poverty or inequality can affect conflict, according to Cuesta. “A researcher cannot pick up the argument that best suits his or her theory. Here, the role of mixed methods is a good alternative,” he said. For example, looking at how conditions of unequal voice and participation can potentially both reduce and accelerate conflict (by either squelching opposition or fueling grievances) is an area where qualitative research could be used to determine the chances a given country has of experiencing civil war. More granular and country specific work is needed, he stressed, in order to create better models. 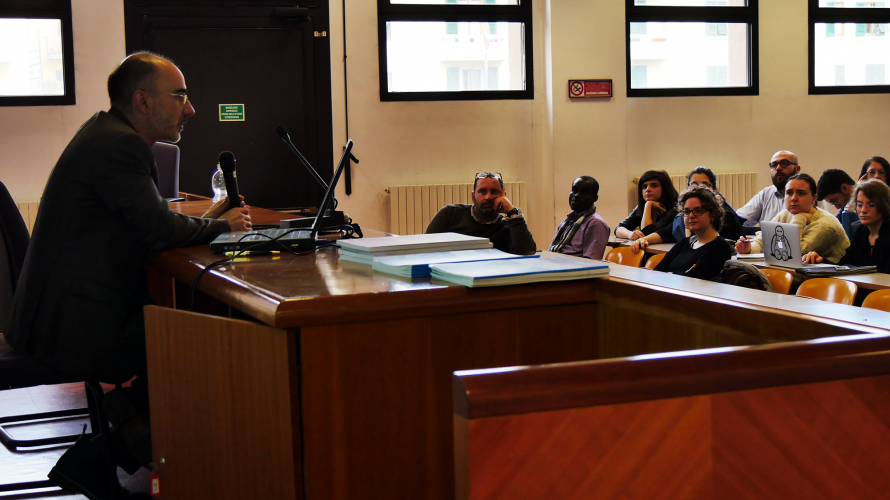 Jose Cuesta, UNICEF Innocenti's Chief of Social and Economic Policy, delivering his lecture titled 'Inequality Redistribution and Conflict' to open a new lecture series on development economics at the University of Florence, School of Economics and Management.

Improving our ability to measure inequality is also crucial for better research. “As it is the case to measure poverty, or child wellbeing, in order to measure inequality, we first need more frequent data. Waiting 5 or 10 years to have a chance to measure is completely inadequate,” Cuesta said. “In fact, we know much more of the ultra-poor than the ultra-rich. A possible solution to this problem is to gain more anonymous access to tax records. When this access is allowed, the payoffs are huge,” he added, referencing the World Wealth and Income Database, which has greatly improved the diagnostics of inequality around the world. 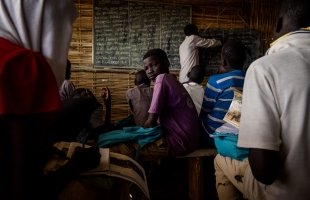 (31 October 2017) Experts recently gathered in Florence to discuss emerging evidence on the effects of famines and other shock events on adolescents’ growth, survival, and education. The two-day workshop, organized in light of emerging analysis on the vulnerability of adolescents during periods of famine, brought together leading researchers to analyse the existing evidence base and improve programming for adolescents in humanitarian disasters.A young woman prepares a meal of weed leaves for her family, Nyumanzi Refugee Settlement, Adjumani District, South Sudan.  “We’re really at the beginning of a process here, but already some of the things we’ve been discussing… for example… how the onset of puberty can be affected by the diet of children, can have direct implications for how we programme,” said Laurence Chandy Director of UNICEF’s division of data, research and policy. “Traditionally, this idea that we should be focussing on the very early years – because that signifies the greatest vulnerability – might not be right, so I can see significant implications for our programming.”The 26 – 27 October 2017 workshop and roundtable brought together researchers and economists as well as UNICEF nutrition specialists to share their latest research on famines and adolescents, and to brainstorm how to improve linkages between research and programming to achieve better results for children. The meeting was hosted by UNICEF Innocenti, with support from the Canadian Institute for Advanced Research.[Read blog post documenting stunting among adolescent girls exposed to famine]Jose Cuesta, Social Policy Chief at UNICEF Innocenti, organised the workshop after identifying a need for more research on how adolescents are affected by ‘shock’ events. “As part of our work on adolescents, we have found that there is a gap of evidence on how catastrophic shocks affect them,” he said. “We have plenty of evidence of how these shocks affect younger children, but there is really a dearth of evidence for older children specifically – for adolescents.”“The objective of this workshop is to … share the evidence that is out there… from the economists, psychologists, nutritionists point of view. The second objective is to reflect on how we can do better,” Cuesta added. “We can improve our methodology, we can also improve our data collection, and we can improve how we evaluate specifically for adolescents. The idea is to reflect on these different possibilities and come up with a collective strategy…” As for next steps, Cuesta stressed there is still need for agreement on how to move forward collectively to improve data collection. The workshop began with a presentation by Richard Akresh of the University of Illinois on the ground-breaking study on first and second-generation impacts of the Biafran War. The study set the tone of the workshop by identifying short and long-term impacts on women and children of the 1967-1970 Nigerian Civil War, providing first evidence of intergenerational impacts, with the largest impacts stemming from adolescent exposure to war.  This study inspired other studies conducted since then uncovering effects of catastrophic events on adolescents.Stephen Devereux, a Fellow at the Institute of Development Studies, led a session on how to best improve the current evidence base. He examined key knowledge gaps and how to address them, including limitations on existing data and whether it’s possible to collect good data during disasters. Devereux noted that the workshop demonstrated a clear need for a mixed-methods research approach.  “Quantitative research measures impacts, but doesn’t explain. Adding qualitative research to create a cross-disciplinary approach presents an opportunity to frame the picture better,” he said. “This is an area where UNICEF is committed to understanding more, bringing together both research on adolescents and also increasing work on the humanitarian sector,” said Laurence Chandy. “[Adolescence] is a field where evidence has traditionally been very limited and I’m excited to see opportunities for UNICEF to be investing in evidence generation in the humanitarian sector.”
Read the article 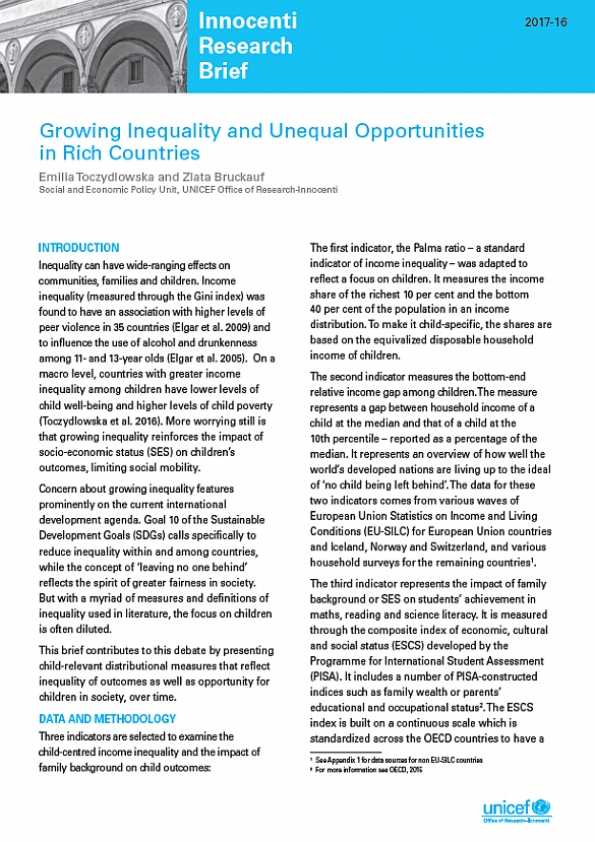 Inequality can have wide-ranging effects on communities, families and children. Income inequality (measured through the Gini index) was found to have an association with higher levels of peer violence in 35 countries (Elgar et al. 2009) and to influence the use of alcohol and drunkenness among 11- and 13-year olds (Elgar et al. 2005). On a macro level, countries with greater income inequality among children have lower levels of child well-being and higher levels of child poverty (Toczydlowska et al. 2016). More worrying still is that growing inequality reinforces the impact of socio-economic status (SES) on children’s outcomes, limiting social mobility. Concern about growing inequality features prominently on the current international development agenda. Goal 10 of the Sustainable Development Goals (SDGs) calls specifically to reduce inequality within and among countries, while the concept of ‘leaving no one behind’ reflects the spirit of greater fairness in society. But with a myriad of measures and definitions of inequality used in literature, the focus on children is often diluted. This brief contributes to this debate by presenting child-relevant distributional measures that reflect inequality of outcomes as well as opportunity for children in society, over time.
Read the publication 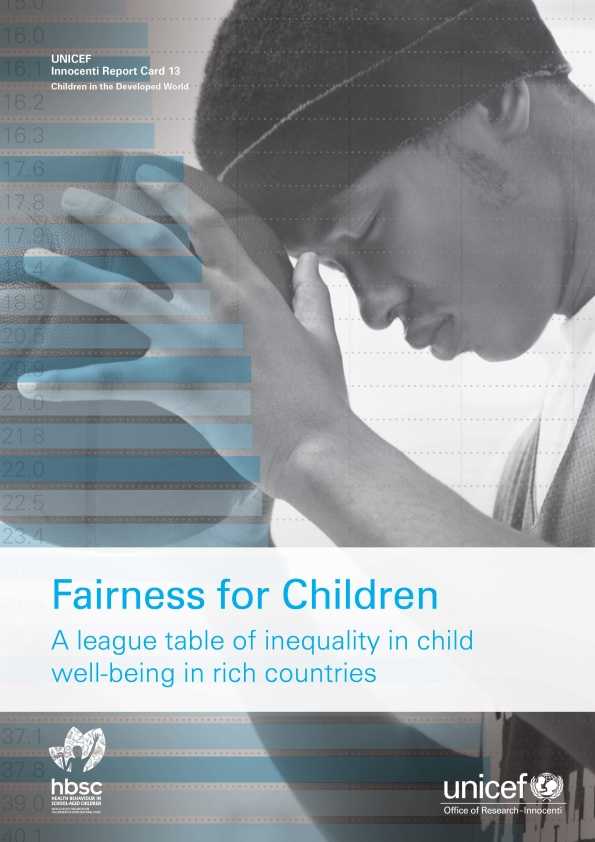 An overview of inequalities in child well-being in 41 countries of the European Union (EU) and the Organisation for Economic Co-operation and Development (OECD).
Read the publication
SUBSCRIBE TO OUR NEWSLETTER
X