Forced Displacement of Children in the Italian Context

(6 December 2017) The plight of many unaccompanied and separated children (UASC) arriving in Italy through Central Mediterranean routes – currently the most dangerous access corridor to Europe – was recently discussed at an Innocenti Seminar “Forced Displacement of Children in the Italian Context.” 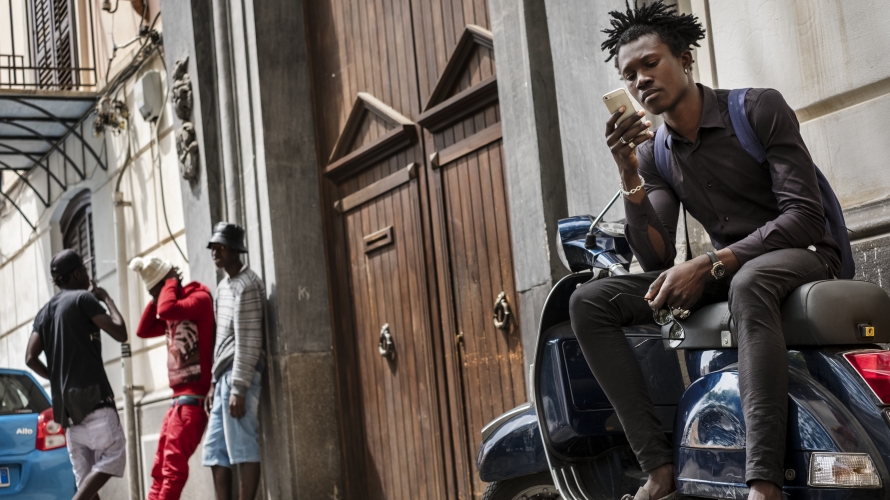 An 18 year old youth texting his family in Cote D'Ivoire at a cafe in Palermo, Sicily.

Dr Alexandra Ricard-Guay, principal investigator for the EU project DemandAT researching interconnections between trafficking and smuggling of migrants, gave an overview of the legal framework and policy response on child migration and child trafficking in Italy underling knowledge  gaps and implications on the migration discourse .

In her presentation, Ricard-Guay reported on the latest data available on child migration to Italy, a phenomenon which has more recently attracted the attention of politicians due to the increased numbers of children arriving by sea since 2011.

“The exponential increase of unaccompanied children arriving in Italy has led to a tripling of capacity in the Italian reception system in the last 5 years. However, despite visibility there are still misbeliefs around the data and facts surrounding migrant children,” said Richard-Guay. 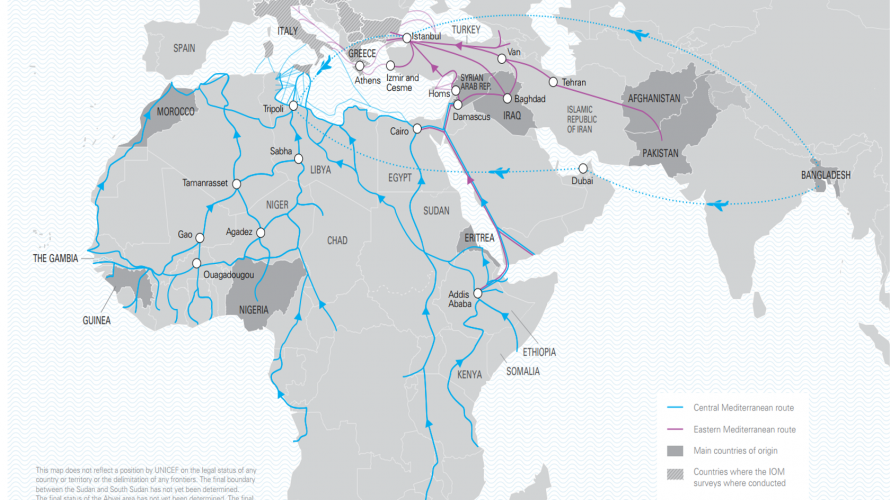 Harrowing Journeys: Children and youth on the move across the Mediterranean Sea, at risk of trafficking and exploitation (https://data.unicef.org/resources/harrowing-journeys/)

According to the Italian Ministry of Labour and Social Policies, the total number of unaccompanied children in Italy has doubled since 2015 reaching 18,486 in August 2017. Sicily currently hosts over 43 per cent of these children. The number of unaccompanied children dropping out of reception facilities who become untraceable is remarkable. It is estimated that in 2017 there were 5,433 untraceable children.

According to a recent assessment of children on the move in Italy conducted by the REACH Initiative in collaboration with UNICEF, lack of knowledge about the asylum system, misinformation, bad conditions in the reception facilities, mistrust, are among the reasons given by children leaving the reception facilities. Nonetheless the discourse around missing children remains mostly inside a ‘trafficking frame,’ “a politically convenient narrative that divert attention from other critical causes of disappearance,” as Ricard-Guay underlined.

“The Zampa law, the first comprehensive legal framework for unaccompanied children,” she continued, “represents a significant policy response toward greater protection of unaccompanied  minors, but there are persisting challenges that still require attention from the legislator”.

Ricard-Guay identified gender disaggregated data as one of the topical areas that need further qualitative investigation. According to the Italian Ministry of Labour and Social Policies 93 per cent of children are boys between 15-17 years old, mainly from Gambia, Nigeria, Guinea and Egypt. Girls represent around 7 per cent with Nigeria as the main country of origin (48 per cent) followed by Eritrea (14 per cent) and Somalia (6 per cent). About age, girls are slightly younger, between 7 and 14 years old. 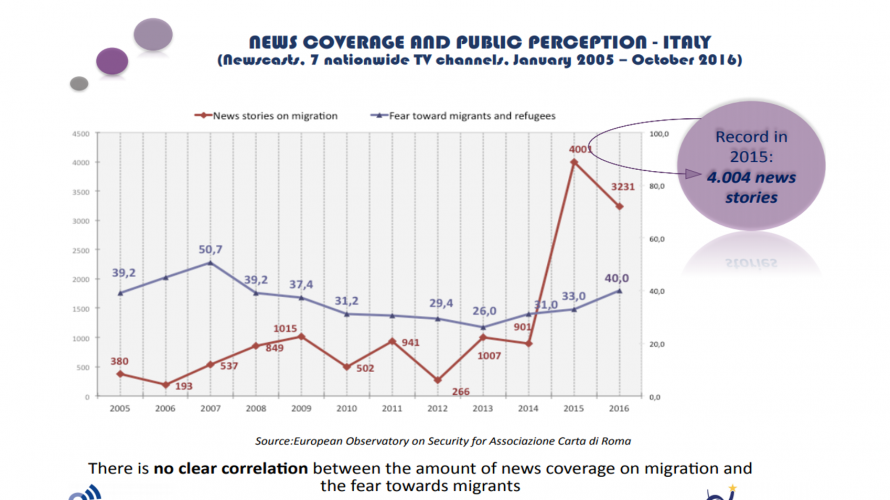 The narrative about migrant children as portrayed in the media was analysed by Paola Barretta and Giuseppe Milazzo, associate researchers at the Osservatorio of Pavia, the main data source on media monitoring for UNHCR Italy. Milazzo’s research shows that news on migrants is mainly associated with crimes and safety (24 per cent) and terrorism (6 per cent), and that despite a drop in news coverage of migration issues since 2015 community fear towards migrants grew reaching 46 per cent of interviewees in a September 2017 poll.

According to Milazzo, children are quite invisible in media coverage.of migration issues but are sometimes used as symbols to generate empathy. Only 3 per cent of all news on migration covers child migrants.

Iolanda Genovese, Innocenti research officer – migration programme, drew on her experience  working for Accoglierete, a non-government association of volunteer guardians in Siracusa, and revealed the importance of civil society response to institutional gaps in putting protection and integration policy into practice. She highlighted challenges of a child turning 18 and transitioning from a supported to unsupported status in a day, and how crucial it is to empower and accompany him through adulthood.

She underlined how local engagement can lead to attitudinal change in people perceptions about the migration phenomenon, from a mass-media driven negative perception towards a narratives that looks at the human before the “migrant”.

For further information go to the Children and Migration research page.

(2017-11-08) Migration is not a crime. It is a practice as old as human civilization and a human right recognized in many international treaties. Since 2013 European media have intens ...

(2017-11-16) Migration is a major human phenomenon that has accompanied civilization since the origins of mankind. People have been moving across regions, countries and continents in ...