Make the digital world safer for children - State of the World's Children Report, 2017

(11 December 2017) Despite children’s massive online presence – 1 in 3 internet users worldwide is a child – too little is done to protect them from the perils of the digital world and to increase their access to safe online content, UNICEF said in its annual flagship report released today.

The State of the World’s Children 2017: Children in a digital world presents UNICEF’s first comprehensive look at the different ways digital technology is affecting children’s lives and life chances, identifying dangers as well as opportunities.  It argues that governments and the private sector have not kept up with the pace of change, exposing children to new risks and harms and leaving millions of the most disadvantaged children behind.

The annual flagship publication of UNICEF makes use of evidence generated by Global Kids Online (GKO), a research project and network that supports worldwide efforts to conduct rigorous, comparable research on children’s use of digital technology. 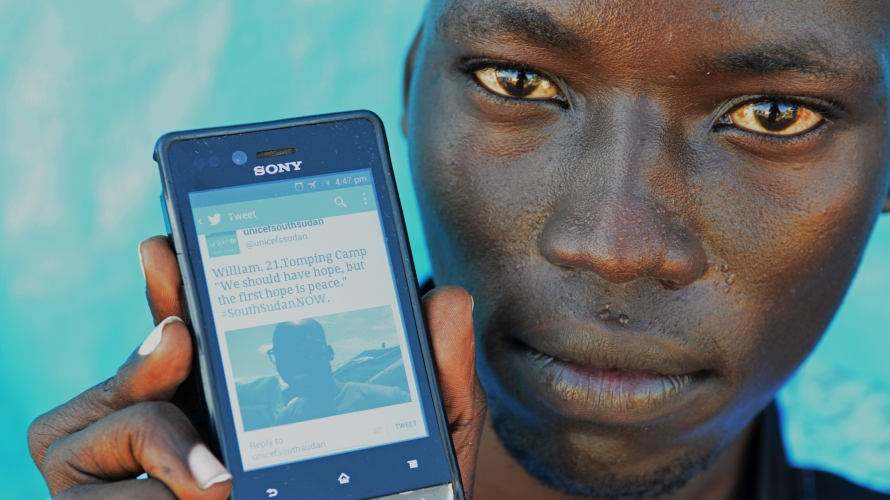 A boy in South Sudan holds up his mobile phone, which shows his photograph, as tweeted the previous day.

“For better and for worse, digital technology is now an irreversible fact of our lives,” said UNICEF Executive Director Anthony Lake. “In a digital world, our dual challenge is how to mitigate the harms while maximizing the benefits of the internet for every child.”

The report explores the benefits digital technology can offer the most disadvantaged children, including those growing up in poverty or affected by humanitarian emergencies. These include increasing their access to information, building skills for the digital workplace, and giving them a platform to connect and communicate their views.

But the report shows that millions of children are missing out. Around one third of the world’s youth – 346 million – are not online, exacerbating inequities and reducing children’s ability to participate in an increasingly digital economy.

The report also examines how the internet increases children’s vulnerability to risks and harms, including misuse of their private information, access to harmful content, and cyberbullying. The ubiquitous presence of mobile devices, the report notes, has made online access for many children less supervised – and potentially more dangerous. 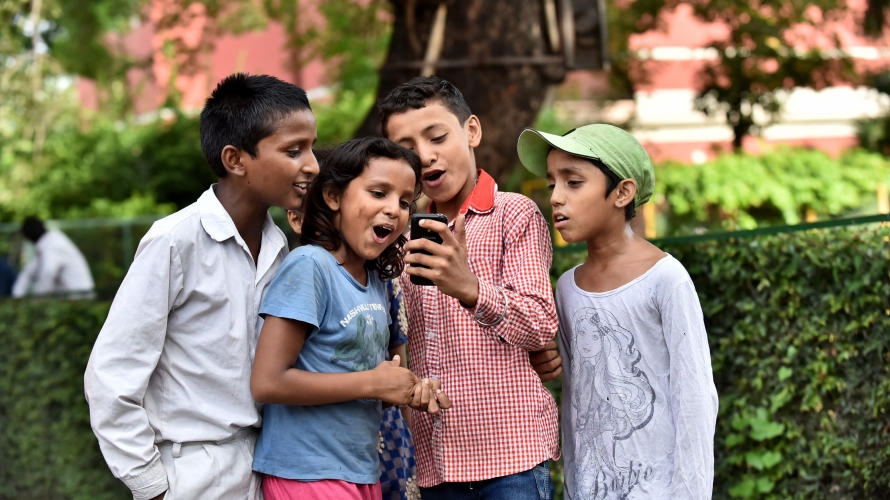 And digital networks like the Dark Web and cryptocurrencies are enabling the worst forms of exploitation and abuse, including trafficking and ‘made to order’ online child sexual abuse.

The report presents current data and analysis about children’s online usage and the impact of digital technology on children’s wellbeing, exploring growing debates about digital “addiction” and the possible effect of screen time on brain development. 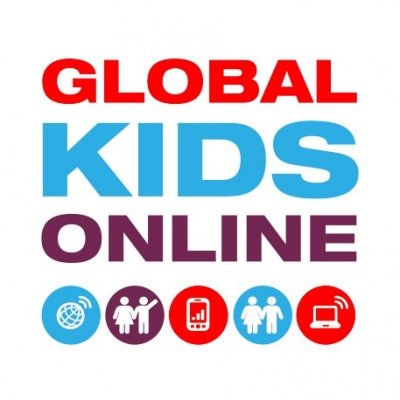 As co-coordinator of GKO, a cross country research partnership, UNICEF Innocenti has played a key role in providing evidence to support this year’s State of the World’s Children report. GKO is an international research project that aims to generate and sustain a rigorous cross-national evidence base around children’s use of the internet by creating a global network of researchers and experts.

Global Kids Online started out with 4 countries at the end of 2015, with the purpose of conducting pilot studies to inform the development of a research toolkit intended to support high-quality research on children’s online experiences worldwide (Argentina, Serbia, South Africa, Philippines). By the end of 2017, the Global Kids Online network has grown by another 11 countries (Montenegro, Bulgaria, Chile, Brazil, Uruguay, Ghana, New Zealand, Canada, Albania, India, China), bringing the total number of country partners up to 15, with research implementation taking place in many of these countries in 2017/2018.

Additional facts from the report include:

Only collective action – by governments, the private sector, children’s organizations, academia, families and children themselves – can help level the digital playing field and make the internet safer and more accessible for children, the report says.

"Digital policies need to be mindful of children's needs and rights, particularly the most disadvantaged. They need to be evidence informed and they need to continuously evolve to adapt to technological change and emergeing challenges," said Jasmina Byrne. 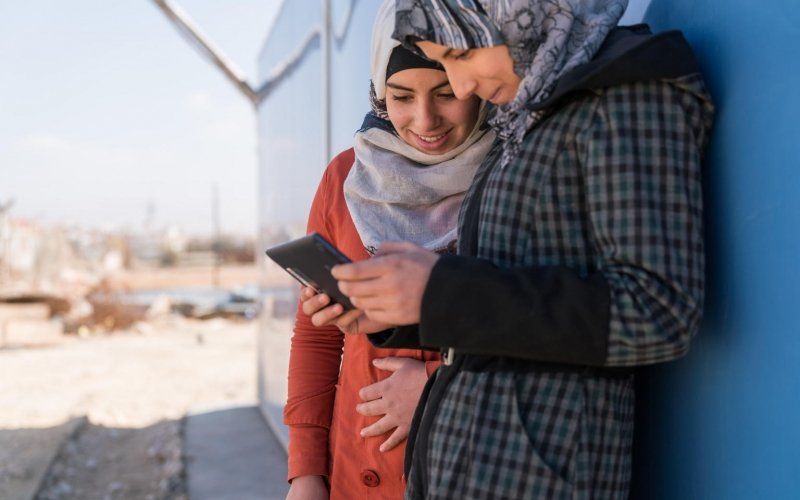 One in three internet users globally is a child. This proportion is likely to be even higher in the global South. Organizations working to advance children’s rights and promote well-being need to understand how to reduce the risk of harm children face online while maximizing their opportunities for learning, participation and creativity. Crucially, children’s perspectives and experiences need to be considered when drafting policies that govern the use of young people’s digital use, as well as when designing the technology itself. However, there is still insufficient evidence globally to enable policy and practice to act in children’s best interest.To bridge this evidence gap, UNICEF Office of Research - Innocenti coordinates and facilitates research on children’s use of digital technologies by developing research methodologies that can be implemented to generate national evidence. UNICEF Innocenti coordinates two multi-country evidence generation programmes, Global Kids Online and Disrupting Harm, which serve to generate evidence of the opportunities and risks that children from around the world may encounter in a digital age. In addition, UNICEF Office of Research – Innocenti engages with stakeholders  to ensure that children’s perspectives are at centre of discourse and debates around internet governance and children’s internet use. We publish research on national and international internet-related policies affecting children and support UNICEF country offices, regional offices and headquarters in carrying out high-quality research and interventions. We  actively contribute to global discussions around online gaming, excessive internet use, digital technology and mental health, online violence and technology-facilitated sexual exploitation and abuse.
Visit the page 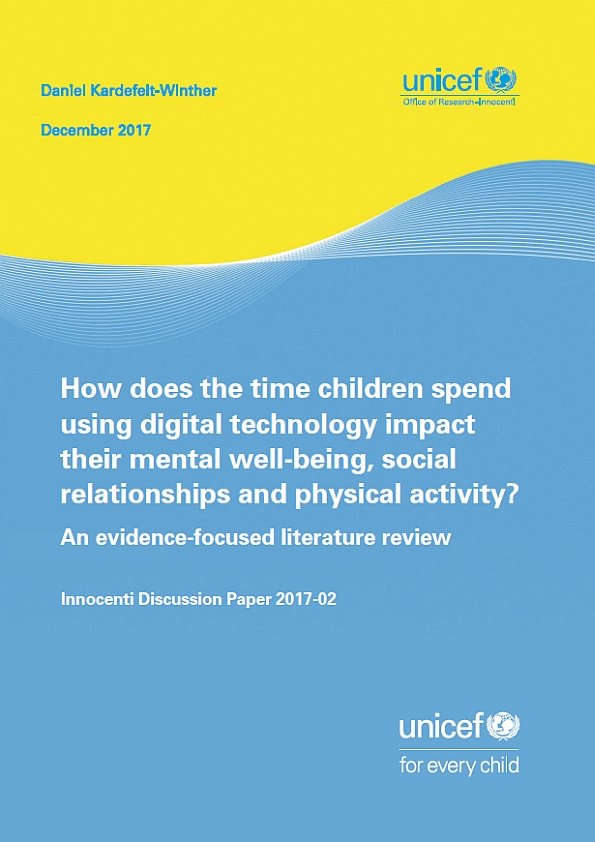 Based on an evidence-focused literature review, the first part of this paper examines existing knowledge on how the time children spend using digital technology impacts their well-being across three dimensions; mental/psychological, social and physical. The evidence reviewed here is largely inconclusive with respect to impact on children’s physical activity, but indicates that digital technology seems to be beneficial for children’s social relationships. In terms of impact on children’s mental well-being, the most robust studies suggest that the relationship is U-shaped, where no use and excessive use can have a small negative impact on mental well-being, while moderate use can have a small positive impact. In the second part of the paper, the hypothetical idea of addiction to technology is introduced and scrutinized. This is followed by an overview of the hypothetical idea that digital technology might re-wire or hijack children’s brains; an assumption that is challenged by recent neuroscience evidence. In conclusion, considerable methodological limitations exist across the spectrum of research on the impact of digital technology on child well-being, including the majority of the studies on time use reviewed here, and those studies concerned with clinical or brain impacts. This prompts reconsideration of how research in this area is conducted. Finally, recommendations for strengthening research practices are offered.
Read the publication 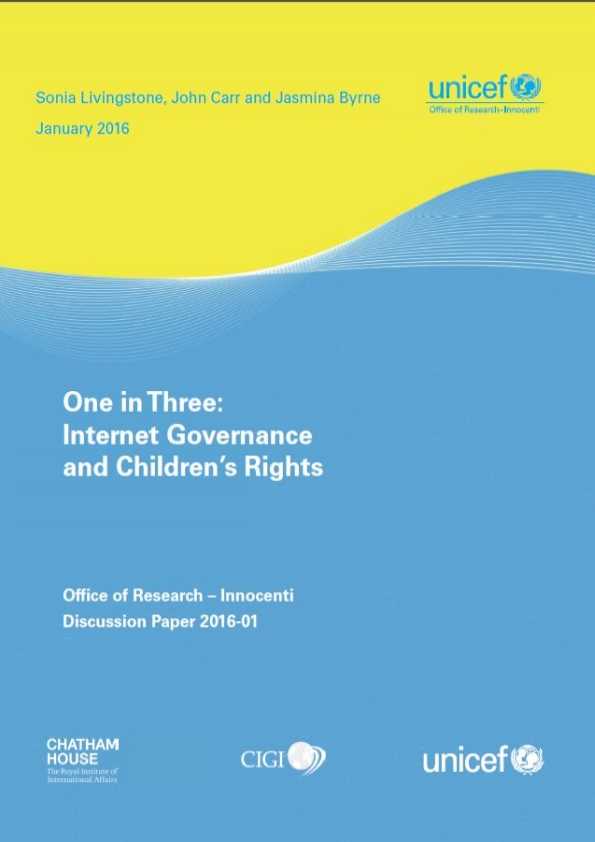 This paper argues that Internet governance bodies give little consideration to children’s rights, despite growing calls from international child rights organizations to address their rights in the digital age. Children have specific needs and rights and these are not met by current governance regimes for the Internet. As Internet use rises in developing countries, international Internet governance organizations face a key challenge in shaping the emerging models of best practice.
Read the publication 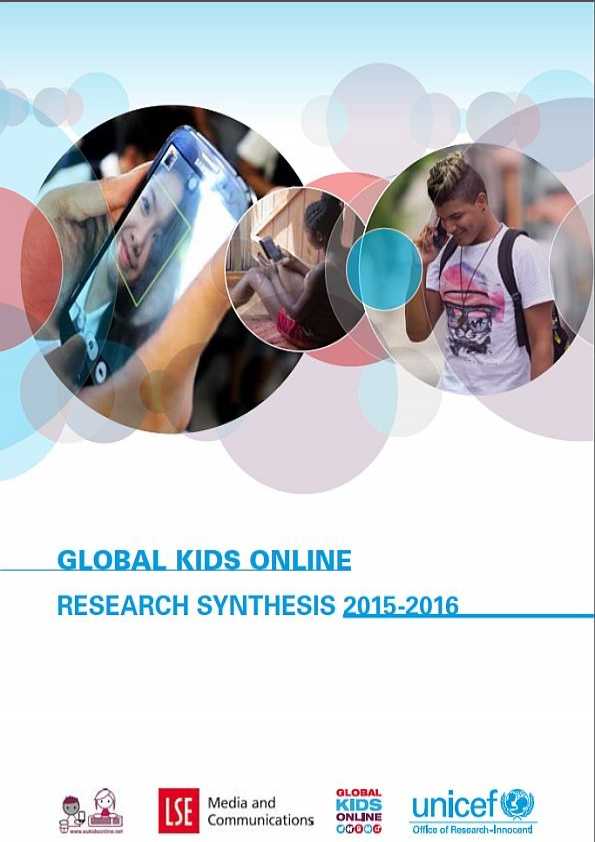 The international community has recognized the importance of internet access for development, economic growth and the realization of civil rights and is actively seeking ways to ensure universal internet access to all segments of society. Children should be an important part of this process, not only because they represent a substantial percentage of internet users but also because they play an important part in shaping the internet.
Read the publication