(18 April 2018) A recent UNICEF Innocenti paper, Delivering a Parenting Programme in Rural South Africa: The Local Child and Youth Care Worker Experience, explores the perceptions and experiences of parenting programme facilitators in the Eastern Cape of South Africa. The qualitative study builds on previous quantitative research and helps answer the question: How effective is parenting support in reducing violence? 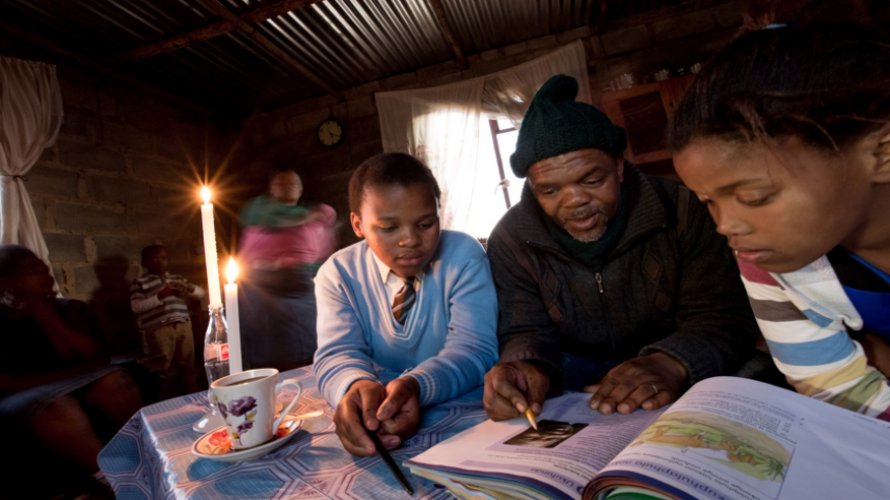 Anyone who has ever had a teenager living under their roof understands that raising adolescents can be a challenge. These difficulties become even more pronounced in vulnerable communities, such as the Eastern Cape in South Africa. In 2012, 49% of households in this region had no employed adult, with 80% of children living in income poverty. 33% of children were not living with their biological parents. The area had the highest percentage of assaults in South Africa in 2016. Despite these figures, the Eastern Cape provincial government is committed to change and has invested in community-owned parenting programmes.

Child maltreatment is a serious public health problem. Physical, emotional and sexual abuse affects an estimated 95 million children across the world every year. The high prevalence and seriousness of child maltreatment has resulted in a growing interest in parenting programmes. These preventative interventions can improve child and adolescent well-being by increasing positive parenting leading to reduced violence in the home. “SinovuyoTeen Parent Programme” is one such programme. 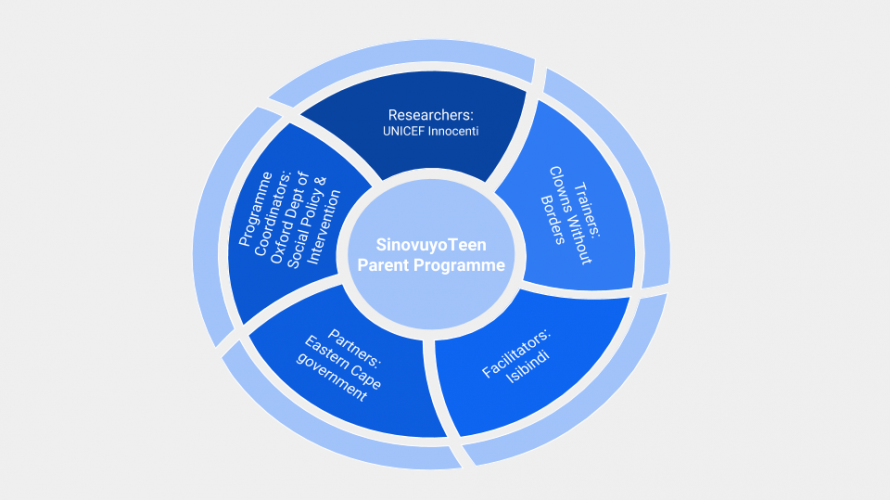 The programme was the result of a collaborative effort between multiple bodies. Child and Youth Care workers of the Isibindi programme were trained by Clowns without Borders to facilitate SinovuyoTeen Parent Programme in 2014.

A recent Innocenti study describes the perceptions and experiences of the SinovuyoTeen facilitators. The publication forms part of a suite of papers emanating from an exploration of the effectiveness and scalability of a parenting programme in South Africa. A pre-post study, conducted in 2014, quantifiably revealed the positive impact of SinovuyoTeen in the Eastern Cape, including reducing child abuse and improving positive parenting. This study complements the quantitative results with the narratives of the programme facilitators, without whom the programme could not have been offered.

These results culminate to highlight the importance of understanding and considering the perceptions and experiences of the facilitators who deliver a parenting programme. Their accounts can contribute to programme improvement, ensuring cultural acceptability and logistical viability, prior to scaling-up the initiative. Additionally, involving facilitators in programme adaptation increases their sense of ownership of the programme, which can in turn affect successful programme delivery. 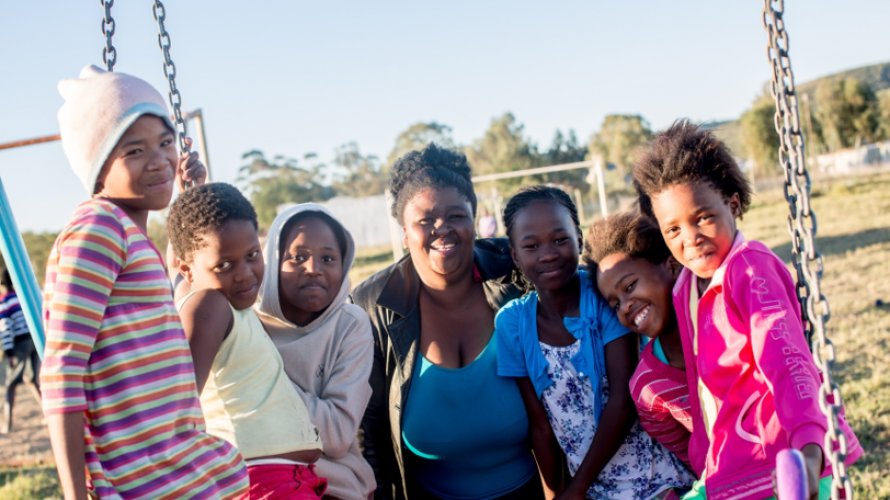 A group of children and adults in a National Association of Childcare Workers (NACCW) safe park in the Eastern Cape, South Africa.

“The value of our qualitative work was to hear the voices of a range of people involved,” says Heidi Loening-Voysey, UNICEF Innocenti’s Research and Evaluation Specialist (Child Protection). “You can get a sense of how their professional and personal lives have changed as a result of the programme.”

Follow UNICEF Innocenti on Twitter and Facebook to be informed when the full suite of studies is released. You can also view other content related to this topic in the column on the right. Find out more about the World Health Organisation’s Parenting for Lifelong Health programme here. 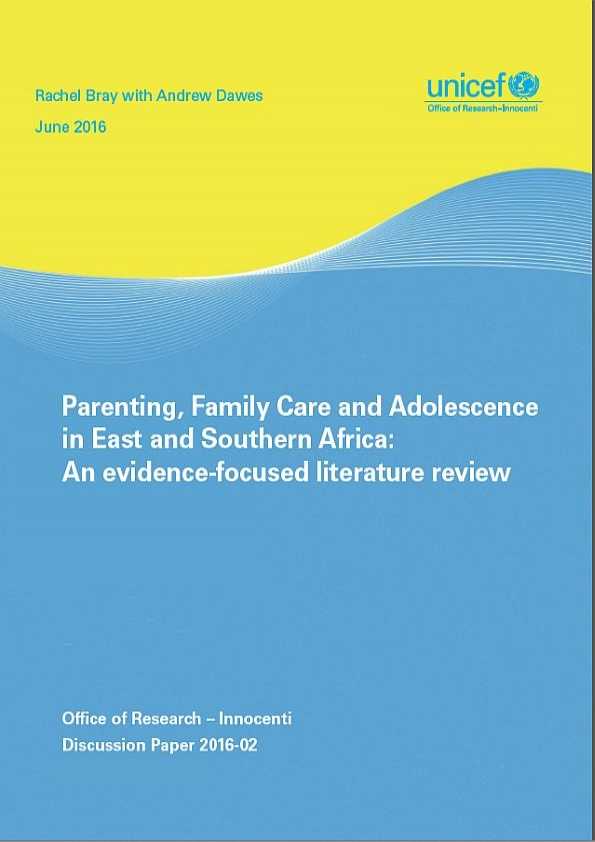 Based on an evidence-focused literature review, this paper examines existing knowledge on raising adolescents in east and southern African countries, including Kenya, Malawi, Mozambique, South Africa, Tanzania and Zimbabwe. Country selection was based on the availability of relevant literature and data. The vast majority of studies on parenting and adolescent development is based on research from the global north. This research sought to deepen understandings of family life, care practices and support networks in the east and southern African region so as to inform policy and interventions that seek to improve adolescent-family relations and reduce risk behaviours. An evidence-informed model for understanding the ecology of adolescent-parent relationships in the cultural and economic contexts of the region is provided. In addition, a framework for exploring contextually-relevant dimensions of parenting through research and practice is offered.
Read the publication 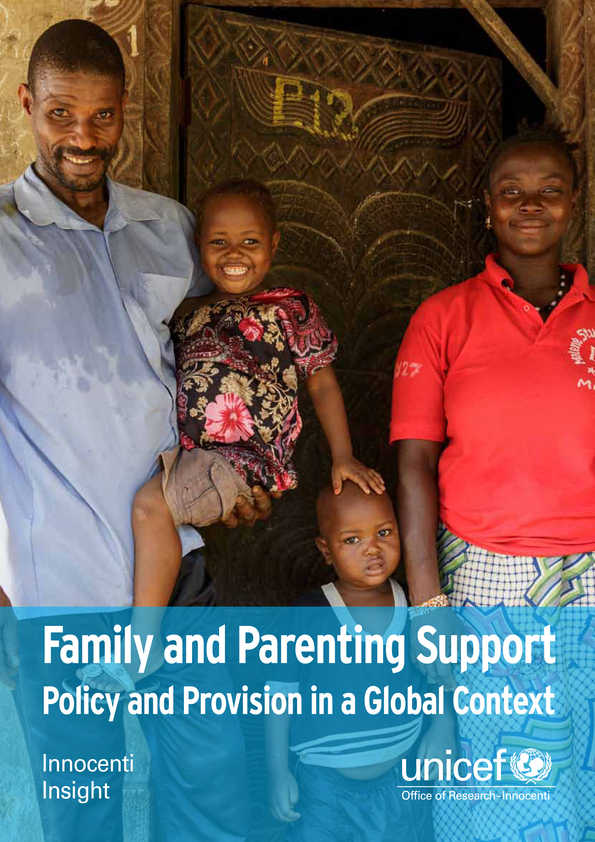 Family and Parenting Support: Policy and Provision in a Global Context

This publication seeks to develop a research agenda on family support and parenting support globally. An integrated and life-course approach to children is taken, considering their situation and a range of outcomes for them at different stages of their growth and development. Part 2 consists of nine country case studies.
Read the publication