The CASH Plus Model: Improving Adolescent Wellbeing with Evidence

(20 December 2018)  In Tanzania a new model of social protection is using research and evidence to improve outcomes for adolescent wellbeing. The results of this programme, called 'Cash Plus', are now documented in a new film produced by UNICEF Innocenti. Told largely through the voices of young people, the 10 minute documentary reveals the crucial role of research and evaluation in improving effectiveness of Tanzania's national Productive Social Safety Net cash transfer social protection programme.

The new film is a rare example of a compelling visual narrative on the role of evidence generation in the development process.

"Far too often the complexity of the community development process is lost when internatioanl organizations seek to make short films about their interventions," said Dale Rutstein, Chief of Communication at UNICEF Innocenti. "The role of research and evaluation is the least likely component of the process to be captured in such films."

The film examines the gaps discovered in the first phase of Tanzania's Productive Social Saftey cash transfer programme: household incomes and productive activity increased, but risks and challenges for adolescents, especially exposure to HIV, were unaffected. Evaluation evidence led to the development of the Cash Plus approach which linked critical services and sectors for adolescents to the households receiving transfers.

"The Cash Plus Model: Improving Adolescent Well-being with Evidence" could not have been produced without the generous support of the UNICEF Tanzania Country Office, the Tanzania Social Action Fund and the numerous adolescents and community training facilitators in the Rungwe District of Mbeya Province, Tanzania. 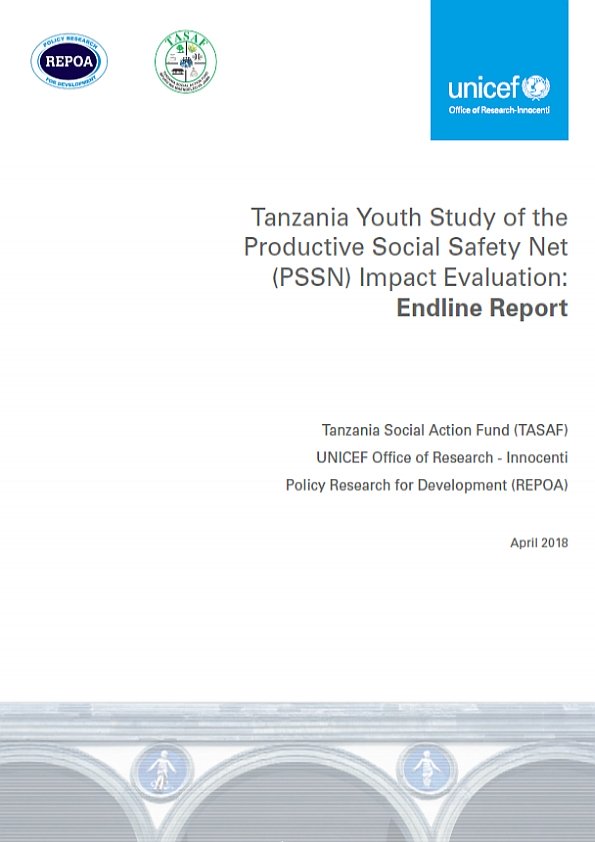 This report provides endline findings from an 18-month (2015-2017), mixed methods study to provide evidence on the effects that the Government of Tanzania’s Productive Social Safety Net has had on youth well-being and the transition to adulthood. The study was led by UNICEF Office of Research – Innocenti in collaboration with REPOA. Results of this evaluation can help assess what other measures or interventions are necessary to improve adolescent and youth well-being and how these can complement and provide synergies with the government’s institutionalized social protection strategy.
Read the publication 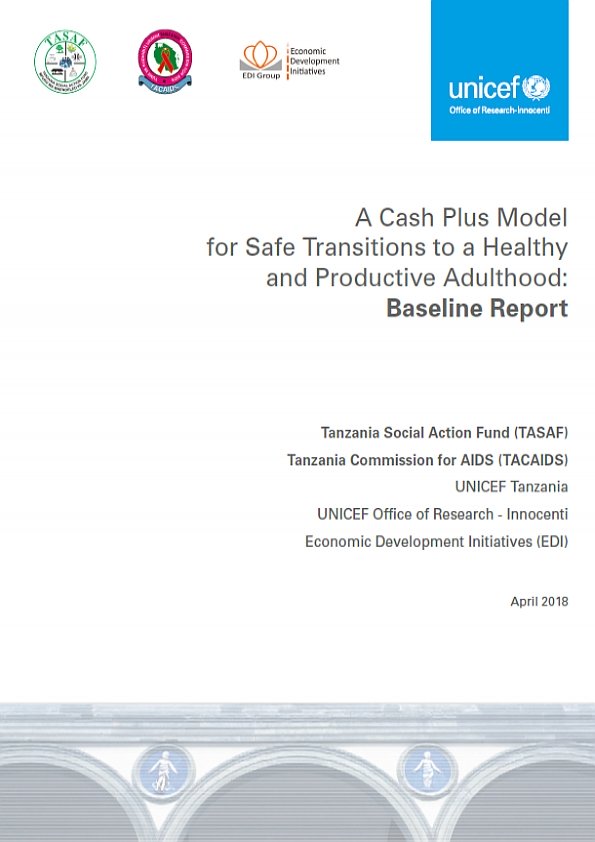 This report presents the evaluation design and baseline findings from a 24-month, mixed methods study to provide evidence on the potential for an additional plus component targeted to youth that is layered on top of the Government of Tanzania’s Productive Social Safety Net to improve future economic opportunities for youth and facilitate their safe transitions to adulthood. This pilot study is based on the recognition that cash alone is rarely sufficient to mitigate all risks and vulnerabilities youth face or to overcome structural barriers to education, delayed marriage and pregnancy, and other safe transitions. The model the intervention follows was informed by a workshop held in Tanzania in February 2016 with government, researchers and development partners.
Read the publication

'Cash Plus' for adolescents in Tanzania: How it started, where it's going, and why research matters