Protecting Children in Migration Across the European Union: Learning from Practices

(20 February 2019)  The huge spike in numbers of migrant and refugee children arriving in Europe between mid-2015 and mid-2017 put significant strain not only on asylum systems but also protection and welfare services. However, it also led to national and EU authorities putting in place promising and innovative responses to protect children on the move in Europe.

UNICEF’s Office for Relations with EU Institutions in Brussels has outlined five promising practices that show successful models and measures to address the needs of children with and without families.

“While the dust may have settled on the so-called migration crisis in Europe, it is important to document what worked and what didn’t work for refugee and migrant children so that no matter how many children on the move may or may not flee to Europe in the future, systems will not and should not fail them as they once did.” Sarah Crowe, UNICEF Innocenti senior advisor, said. “These models and measures can serve as a template to do the right thing for them and treat them first and foremost as children in need of care and protection.” 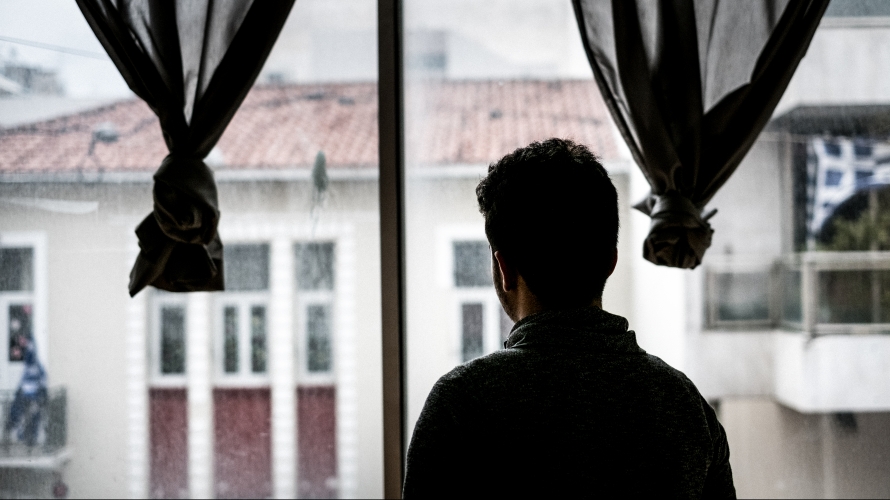 Seventeen-year old Mohammad, an unaccompanied minor from the Syrian Arab Republic, stands by a window  in Athens, Greece

The promising practices showcase reception and care arrangements in Greece, Italy and Germany; procedural safeguards to support and assist children and ways to improve identification of lasting solutions for each child. The common thread is the focus on strengthening both child protection systems and access to those systems and, the following positive lessons for better approach to the care of children in migration:

Due to Dublin rules, which stipulate that refugees and migrants must apply for asylum in the first country in which they arrive, Italy and Greece have remained at the forefront of receiving large numbers of asylum seekers. The EU-Turkey statement in April 2016, led to thousands getting stuck particularly on the islands in Greece unable to go forward and unwilling to go back. Children did not receive a decent level of care and protection. Since then accommodation capacity has tripled and many have been moved to the mainland or received asylum elsewhere. But demand continues to out-pace supply, and community-based care in line with EU standards has become more pressing especially for unaccompanied and separated children. Supported Independent Living (SIL) for unaccompanied children aged 16-17 is a model of community-based care, that places up to four children in an apartment, each child supported by a multidisciplinary team. The pilot project was launched in 2018 in Athens and Thessaloniki and based on a set of standard operating procedures prepared by UNICEF and partners SIL model of care is now preparing for national-level scale up in 2019.

Since 2015 1.4 million people applied for asylum in Germany, around three quarters of them are children and adolescents. Many children and families on migration remained in reception centres for long without proper care and protection. In 2016 UNICEF and the German Ministry for Family Affairs, Senior Citizens, Women and Youth launched an initiative with over 30 partners, aiming to improve the protection of migrants in the reception centres and their integration, which led to the development of the Minimum Standards for the protection of Refugees and Migrants Living in Refugee Centre, based on six main components:
Key principles for developing a site-specific protection plan;

UNICEF provides technical support to the managers and protection coordinators to put standards into practice. 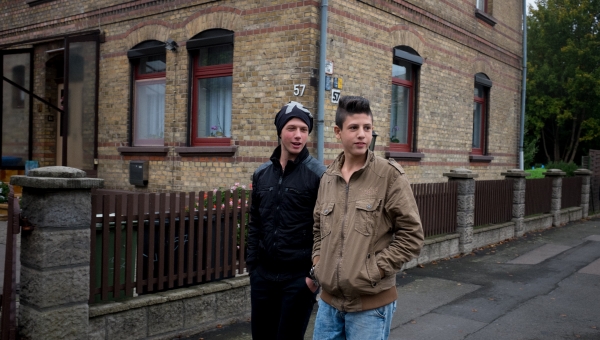 Ali Abdul-Halim, 17, and his brother  Ahmad Abdul-Halim, 15, are unaccompanied minors who made their way to Europe from their home in Balabak, Lebanon, and walk in the street outside a state run child care facility in Braunschweig.

Italy’s guardianship systems for unaccompanied children has been held up as a model – children are cared for in a home-like setting and their needs and views are considered.  The system was integrated into the existing system of reception and protection for migrant children and enshrined into Italian law 47/2017 as a model of voluntary guardianship. Regional and National Ombudspersons are mandated to select and train guardians, who offer the children support on four areas: legal paperwork; referral of vulnerable cases; listening and participatory approach; cases that require intensive investigation and management. In 2017 the guardianship system was informed by the U-report on the Move initiative launched by UNICEF, to enable unaccompanied minors to speak out on issues that matter to them.

According to  Protected on Paper, a report produced by researchers at UNICEF Office of Research-Innocenti, on responses  in the Nordic countries slow and cumbersome children protection and asylum processes were among the reasons migrant children experienced difficulties in accessing national services.

To respond to this problem, the creation of “firewalls”, which prevent information sharing between service providers and immigration authorities, represents a feasible solution. According to the recommendation 16/2016 of the Council of Europe the creation of such firewalls allows state and private sector actors to respect human rights of migrants whose presence is irregular, by prohibiting the sharing of personal data and other sensitive information with immigrant authorities. In Italy, this rule has granted extended access to education services to all children regardless of their immigration status in three main cities. Similarly, in Germany, children have been enrolled in school without proof of their residency since 2009.

Finally, the last example touches upon the lack of deeper understanding about the situation children faced in their countries of origin. This stands in the way of  States and authorities finding durable solutions for them. When considering returning children, it is critical that a full legal assessment is undertaken to determine child-specific forms of persecution in their countries and whether they will be able to access function protection systems and whether it is in the best interest of the child to return them rather than grant them the right to stay. With EU funding, National Committees in Belgium, Netherlands and Sweden prepared child-specific country of origin reports (Child Notices) between 2013-2016, including a methodology for its compilation. Child Notices were published for Afghanistan, Albania, Guinea, Morocco and Sudan, and are going to be developed for Ethiopia and Somalia. These are valuable tools to speed up decisions about the legal status of unaccompanied children rather than leave them in a legal limbo. 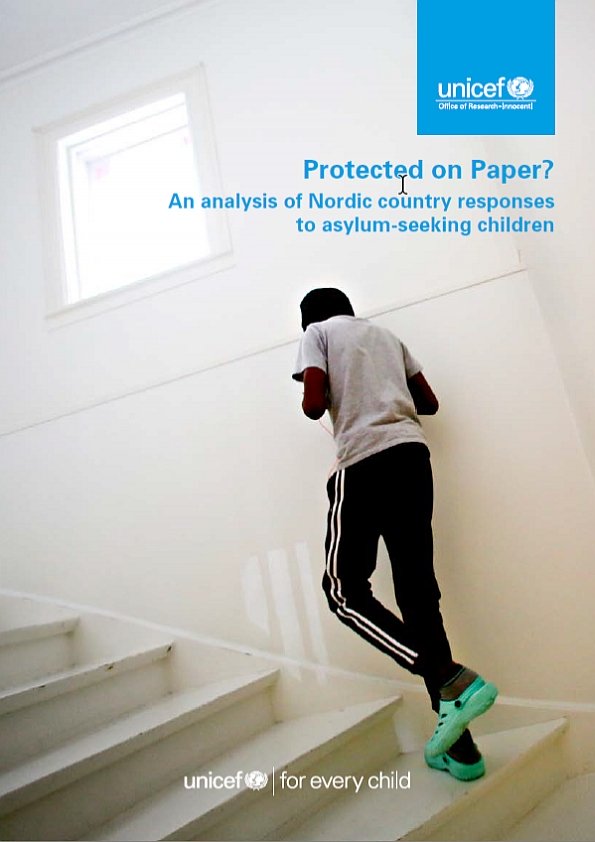 Protected on Paper? An analysis of Nordic country responses to asylum-seeking children

This research, commissioned by the Nordic National Committees for UNICEF, examines to what extent the rights of asylum-seeking children are respected and protected in Denmark, Finland, Iceland, Norway and Sweden. The report reviews relevant national legislative and policy frameworks; examines how these are implemented; documents good practices; and highlights gaps in national standards and their compliance to international standards. It makes some broad recommendations on how to strengthen and extend legal, policy and practice frameworks to ensure the full realization and protection of child asylum seekers’ rights and entitlements in the Nordic region. It further provides country-specific detailed, practical recommendations on how to ensure protection and welfare for asylum-seeking children. It makes country-specific recommendations on how legal, policy and practice frameworks can be strengthened to ensure full protection of children’s rights and entitlements.
Read the publication

How voluntary guardianship for unaccompanied minors took root in Sicily

(2018-02-13) “You gave me back my dignity. I will never forget that you even gave me underwear. Without which I would have to wait for 15 days! You have always been there whenev ...

Bina D'Costa on migrant and refugee children and role of research

Building on Promising Practices to Protect Children in Migration Across the European Union
UNICEF Office for Relations with EU Insitutions
DOWNLOAD:
SUBSCRIBE TO OUR NEWSLETTER
X