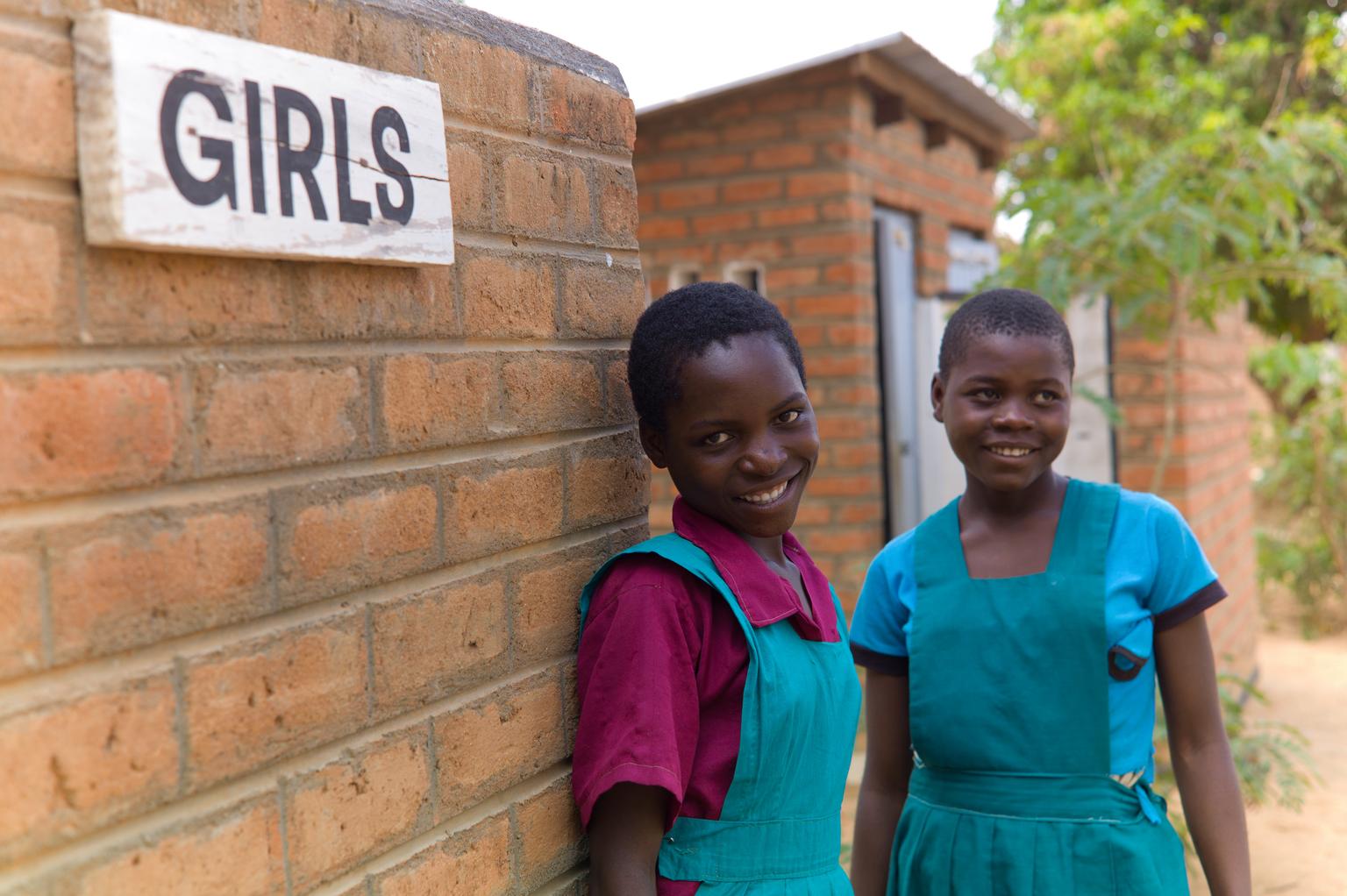 (18 April 2019)  In a new paper published by the journal of Social Science and Medicine, UNICEF Innocenti researchers working with the Transfer Project demonstrate the positive effects of unconditional cash transfers on the mental health of youth in Malawi.

Experimental findings from the study show that the government of Malawi’s cash transfer programme significantly improves mental health in youth.  Among girls aged 13-19, the programme reduced indications of depression by about 15 percentage points.

“Moreover, this study specifically looked at youth – we know that many mental health problems start at adolescence and early adulthood, so this is a critical window to address mental health issues before they begin or get worse,” Jacobus added. 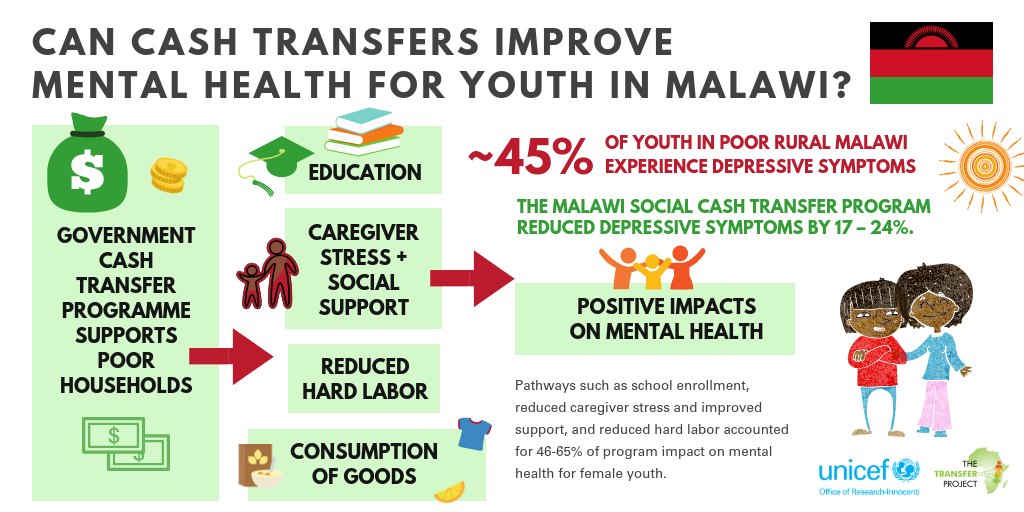 In the study, UNICEF Innocenti researchers working on the Transfer Project were able to pinpoint specific pathways through which cash had significant impacts on adolescent mental health for females. These pathways included education, health, consumption (of material goods such as clothing, shoes), caregivers’ stress levels and life satisfaction, perceived social support, and participation in hard and unpleasant work.

The study revealed that 46 to 65 per cent of the impact on mental health for females was achieved via the impacts from these pathways.

For example, by providing cash income support to households, older children were more likely to attend school instead of work, improving education outcomes and mental health as a direct result of the cash programme.

Mental health of the adolescents was measured using a standard questionnaire developed by psychologists called the Center for Epidemiological Studies-Depression Scale (CES-D).*  Stress and life satisfaction of the caregivers were measured using the Perceived Stress Scale (PSS) also known as the Cohen Stress Scale. The Multidimensional Scale of Social Support was used to gauge whether and how much physical and emotional support they perceive to receive from family and friends.

“In general, we found that youth who were going to school more with caregivers who reported less stress were benefiting more emotionally and this is supported by the qualitative data,” said de Hoop.

There are a limited number of studies on the effects of cash transfers on the mental health of youth, however this study reinforces similar findings from a pilot study in Zambia, providing more support for the programme.

"We now know what’s going on here with mental health – when there is a policy discussion – when the programme designers are working with donors and government, we now have evidence to back us up to tell them what works and what doesn’t."

Linn Jäckle, a social protection officer working with the UNICEF Malawi country office on social policy programmes, works mainly on the design and implementation of social cash transfer programmes and on technical assistance to the government in Malawi.

“We connect the research immediately to the realities and impacts in the country. In the case of the mental health analysis, it will impact our programme design in that it informs us on impact on mental health – whereas it wouldn’t necessarily be on our radar.  We now know what’s going on here with mental health – when there is a policy discussion – when the programme designers are working with donors and government, we now have evidence to back us up to tell them what works and what doesn’t,” Jäckle said.

*The CES-D scale is a brief self-report scale designed to measure self-reported symptoms associated with depression experienced in the past week.

@jjdehoop explains @UNICEFInnocenti’s research on #cashtransfers and positive impacts for youth on #mentalhealth in Malawi. 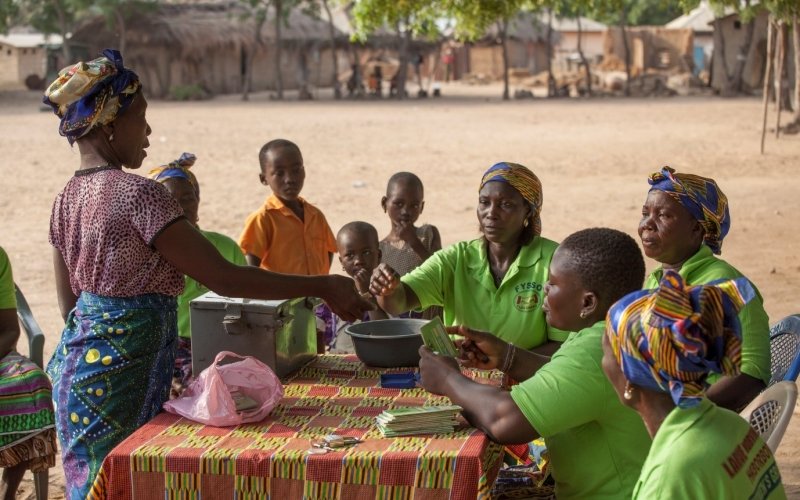 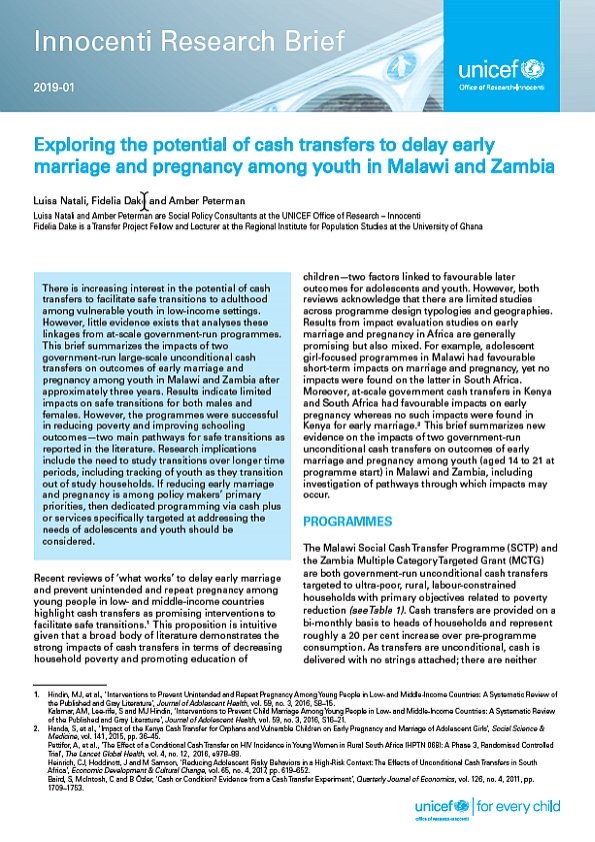 There is increasing interest in the potential of cash transfers to facilitate safe transitions to adulthood among vulnerable youth in low-income settings. However, little evidence exists that analyses these linkages from at-scale government-run programmes. This brief summarizes the impacts of two government-run large-scale unconditional cash transfers on outcomes of early marriage and pregnancy among youth in Malawi and Zambia after approximately three years. Results indicate limited impacts on safe transitions for both males and females. However, the programmes were successful in reducing poverty and improving schooling outcomes—two main pathways for safe transitions as reported in the literature. Research implications include the need to study transitions over longer time periods, including tracking of youth as they transition out of study households. If reducing early marriage and pregnancy is among policy makers’ primary priorities, then dedicated programming via cash plus or services specifically targeted at addressing the needs of adolescents and youth should be considered.
Read the publication 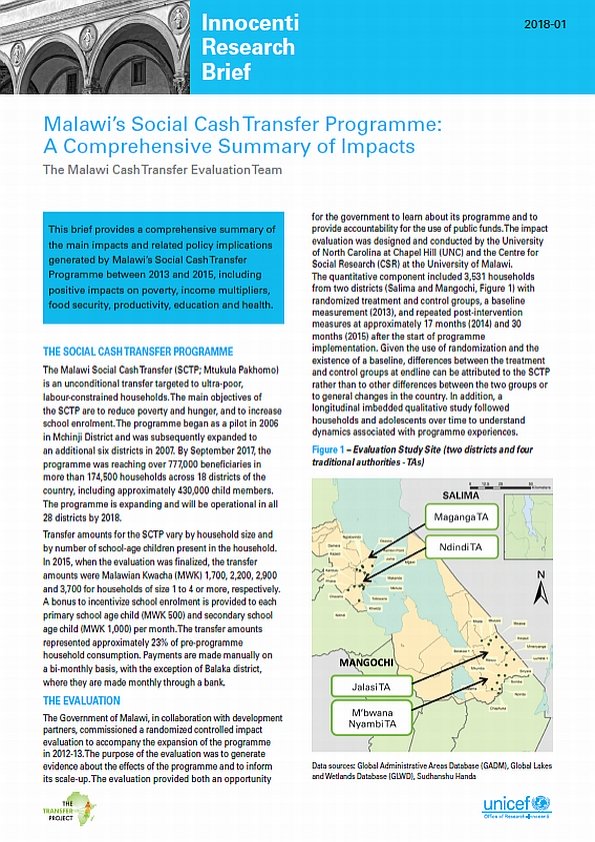