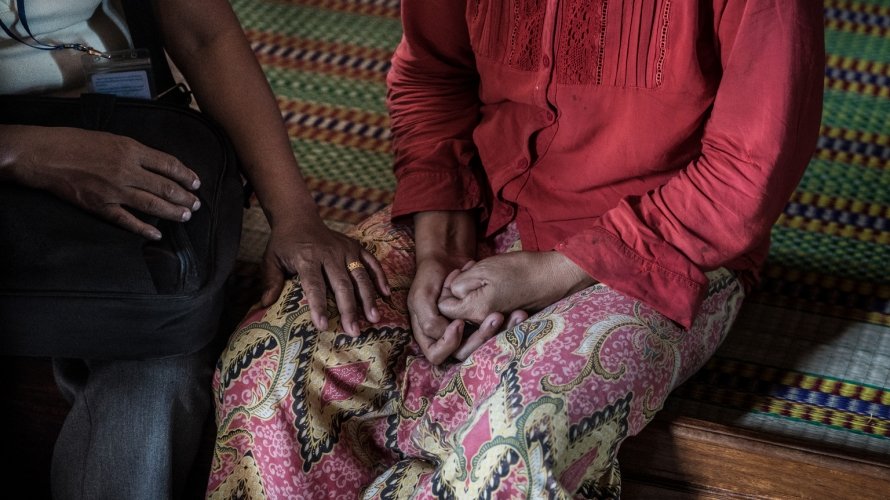 (22 July 2019)  Ending violence against children (EVAC) by 2030 is among the most important goals for children in the SDGs. While advocacy and political will is on the upswing, improving the availability of quality evidence, and building cooperation to scale up promising programmes to end violence represent major challenges.

“While more evidence on the extent, impact and risk of violence is available, data collected are often not adequately disaggregated, analyzed, distributed or used to shape policy and to implement action,” said Marta Santos Pais, former Special Rapporteur of the Secretary General on Violence Against Children said in her opening video message to the gathering. “Insights into what works in prevention and responses aren’t given enough consideration.”

Participants in the two-day meeting highlighted the challenges in reporting about violence against children, as well as some of the progress made across sectors and different stakeholders. As Daniela Ligiero from Together for Girls remarked: “This movement for improved data and evidence is a ‘sort of mosaic’ where everyone brings their piece, but, equally, there is a need to step back to see the full picture in order to identify gaps and priorities that need concerted attention and action”.

The meeting Keynote speech was delivered by Professor Jeremy Shiffman, of the Johns Hopkins University at the end of day one: “Four Challenges that Global Networks Face: Considerations for Violence Against Children.” Drawing on findings from studies of eight networks, Professor Shiffman identified the major challenges that networks working on social issues commonly face:

The development of a better understanding of the nature and consequences of violence, as well as selection of appropriate data collection methods are critically important in tackling all forms of violence (physical, sexual and emotional). Data collection cannot happen in isolation. Both the approach and the process are critical to building the skills and capacity needed to understand the complexity of preventing and/or reducing violence. To support and facilitate the process a “methods menu” focusing on the strengths, limitations and gaps of the various approaches was presented as a useful tool and a positive step forward in 2019 for the EVAC Network.

One of the recognized challenges in measuring EVAC is the definition of violence, a process that is increasingly being seen not just as a technical issue but more as a social and political one. Online, offline and humanitarian sub-disciplines in the field of violence prevention and response contribute to the lack of common definitions, as each of them is influenced by contextual realities of different environments.

Challenges in definition of indicators were linked to several key issues:

Research on violence also entails some ethical issues which deserve special consideration. The World Health Organization has developed a set of recommendations (See INSPIRE document right) for addressing the complex safety and ethical issues associated with researching, monitoring and documenting violence in different contexts. In addition, more needs to be done to tackle children’s participation in research on violence, based on existing resources. As noted by participants, research quality improves when children are engaged and their perspectives on violence can shape more effective programmes and policies in meeting their needs.

How to address knowledge gaps in EVAC was discussed during the presentation of an early draft of an evidence gap map (EGM) on children and SDGs, developed by UNICEF Innocenti in collaboration with the Campbell Collaboration. The map builds on the idea of a pyramidal ‘evidence architecture’, which goes from data to checklists, with EGMs as a key element in the middle of the pyramid, building from rigorous and sound primary studies. The presenters suggested the idea that the EVAC field has some way to go to build sufficient evidence architecture in this area.

The challenge of bringing successful interventions to scale through implementation strategies that prioritize iterative learning and evidence based adaptive principles, was discussed. Adaptive management is particularly important for violence prevention interventions, as these typically require strong links between data gathering and interventions design within rapidly changing environments.

The final session touched on knowledge sharing networks to enrich cross-fertilization and to connect policymakers, practitioners and other stakeholders. The role of an EVAC Knowledge Network, its relevance and priorities, as well as some core recommendations and follow-up actions, were discussed. The significant contribution that can be made by a forum that brings together users and producers of data and evidence was emphasized, as a means of accelerating progress towards the SDGS.

Report from the Kick-Off Meeting of the Global EVAC Knowledge Network, August 2019