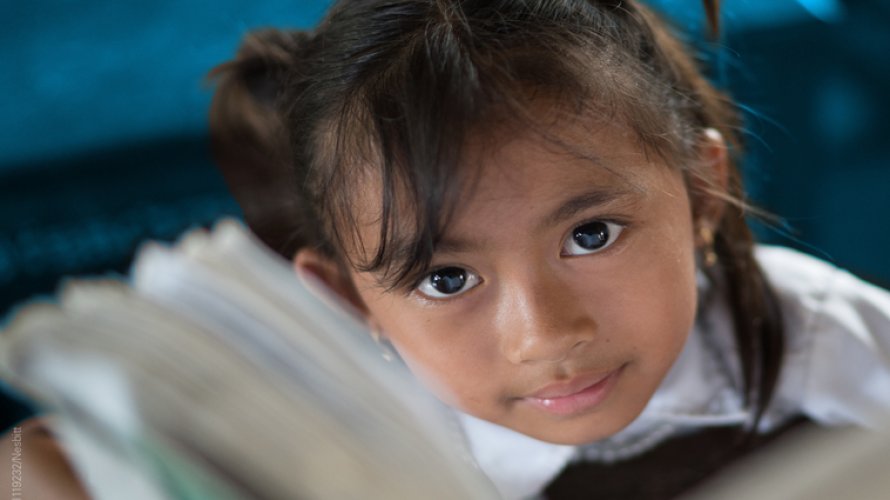 (26 July 2019)  Now in its seventh year, the Best of UNICEF Research competition continues its tradition of inspiring rigorous and influential evidence across the global organization. Each year, UNICEF offices around the world – including country offices, regional offices, national committees, and headquarters – are invited to submit their best and most recent examples of research for children. The aim is to bring attention to work that contributes to shifting policy agendas and has a high potential for impact on policies and programmes that benefit children.

Showcasing some of the most innovative and rigorous research coming out of UNICEF, this year’s winners cover a range of topics, locations, cultures and levels of economic development, including education in India, violence in the Middle East and North Africa, humanitarian aid in the Democratic Republic of Congo, migration, child rights, sanitation and more. This year, UNICEF Innocenti identified 10 finalists which were then independently reviewed by an external panel of international experts.

Produced by the Centre for Early Childhood Education and Development (CECED), the Aser Centre and UNICEF India. The panel commended the rigorous nature of this research as well as the methods adopted to assess the quality of early childhood education programs. As an observational, longitudinal study, poor and marginalized children were followed for 4 years in two districts of the 3 Indian states of Telangana, Assam and Rajasthan. The choice of measures and assessment tools are considered appropriate and clearly highlight the links between school readiness and subsequent early grade outcomes.

Violent discipline in the Middle East and North Africa Region

Produced by UNICEF MENA Regional Office. The panel lauded this piece for its original contribution to a sensitive, yet policy relevant topic for vulnerable populations in the MENA region. The report employs a multidisciplinary approach to analyze secondary data available in the region, notably the MICS and DHS modules on violence against children. It also provides a comprehensive analysis of survey data on violent discipline among children aged 2-14 years.

Effects of Humanitarian Assistance: Evidence from a Randomized Control Trial in the Democratic Republic of Congo

Produced by the International Initiative for Impact Evaluation (3ie), DRC Humanitarian Pooled Fund, UNOCHA and UNICEF DR Congo. The panel found this report to fill an important gap in the literature by providing rigorous evidence with a counterfactual on the impacts of vouchers in humanitarian settings. Also, the researchers demonstrated their commitment to rigorous research within a complex environment and adopted creative solutions to overcome some implementation obstacles. Overall, the presentation is well-targeted to a practitioner audience, but at the same time demonstrates rigorous methods and high academic standards.

UNICEF Innocenti is pleased to see that India is not only ranked as a finalist but also as a top three this year having previously ranked as finalist in 2017. We also note that research from the MENA region is now featuring as a top-three finalist for the third year in a row (the two previous editions being submissions from Egypt and Palestine). It is also exciting to see a new entrant – DR Congo – shortlisted as a finalist and a top three this year. Submissions for the 2019 Best of UNICEF Research were received from different thematic areas, the most prevalent being child protection, health and cross-cutting themes.

THE IMPORTANCE OF ETHICS

Following the introduction of the UNICEF Procedure for Ethical Standards in Research, Evaluation, Data Collection and Analysis in 2015 and a subsequent review of Best of UNICEF Research assessment criteria in 2016, ethical considerations are now being given an increasingly high priority, meaning that any submissions that fell short of ethical standards were not considered for shortlisting. UNICEF Innocenti is committed to ensuring that all research undertaken by UNICEF and its partners is ethical and is currently working towards establishment of a UNICEF-wide Ethics Review Board.

The external panel noted the robustness and quality of research in all 10 finalists’ submissions and specifically noted their added policy relevance. The panel further noted the potential replicability of the reports in other countries/contexts.

The panel also commented that they were faced with the challenge of selecting the best three pieces from a variety of high-quality research outputs. Congratulations to all 10 finalists for their particularly strong submissions:

UNICEF staff can read all 10 reports on our Teamsite.

Thank you to our external panel for their time and comments. The panel was composed of Marie-Claude Martin (Former Innocenti Deputy Director and currently Senior Fellow at the Centre for International Governance Innovation and Director of Global Initiatives at the Alliance for Human Development), Alex Ezeh (Professor of Global Health at the Dornsife School of Public Health, Drexel University and Distinguished Visiting Fellow at the Center for Global Development), Ruth Levine (former Program Director of Global Development and Population at the William and Flora Hewlett Foundation), Sabu Padmadas (Professor of Demography and Global Health at the University of Southampton), and Ricardo Fuentes-Nieva (Chief Executive Officer, OXFAM Mexico). 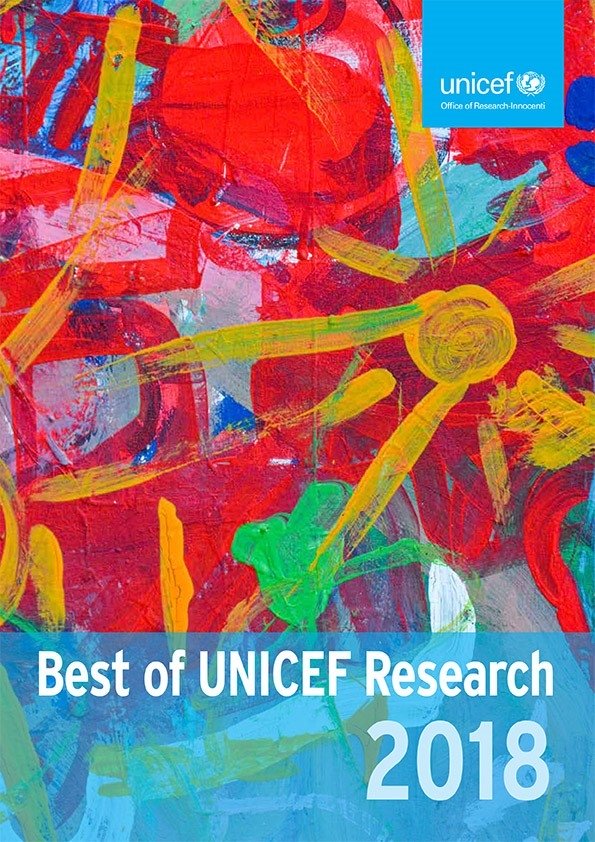 The Best of UNICEF Research initiative celebrates its sixth year. Once again, it showcases a collection of the best research undertaken or supported by UNICEF staff and offices around the world. The ‘Best of UNICEF Research’ exercise has become eagerly anticipated throughout the organization. Staff in country offices particularly welcome the spotlight on work that helps to shape practice, programming and policy for children around the world. As evidence of this engagement, the number of submissions which come from all parts of UNICEF, including National Committees continues to rise, as does the diversity of topics and methods. This year, our highlighted research projects were selected from 104 eligible submissions. All regions were represented, as were most major areas of UNICEF programming. While fields such as health, nutrition, education and water, sanitation and hygiene (WASH) have generally been strong areas of evidence generation for UNICEF, it is encouraging to see child protection – a relatively underdeveloped field of research – showing prominently in the submitted projects, as well as an increase in cross-sectoral research.
Read the publication 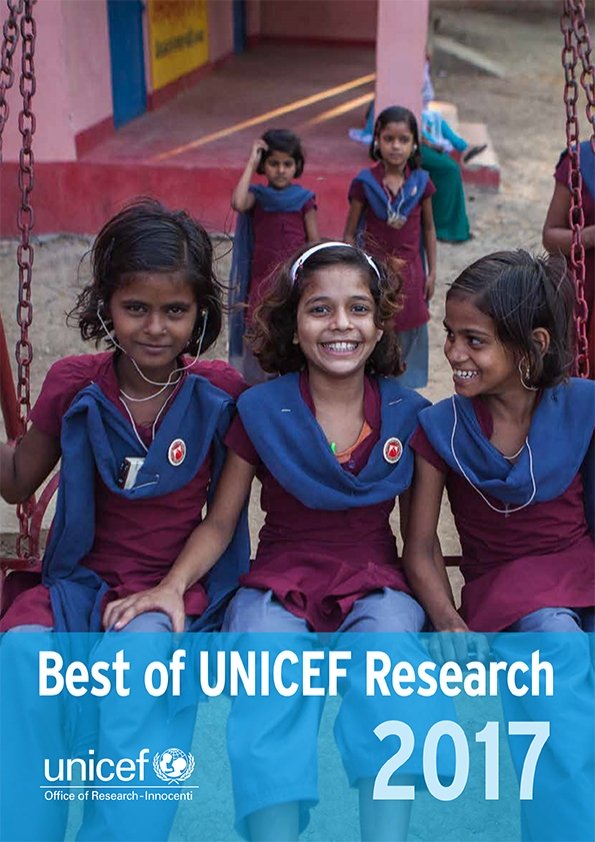 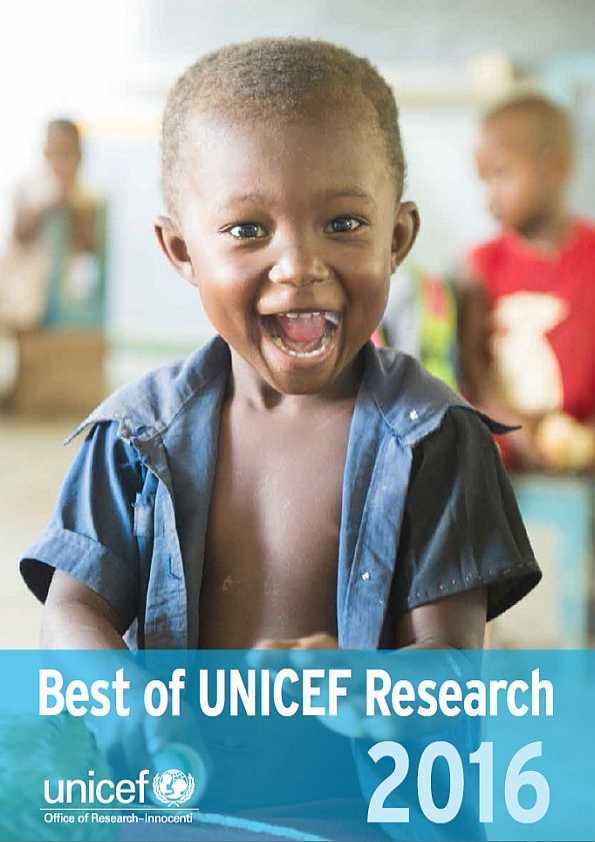 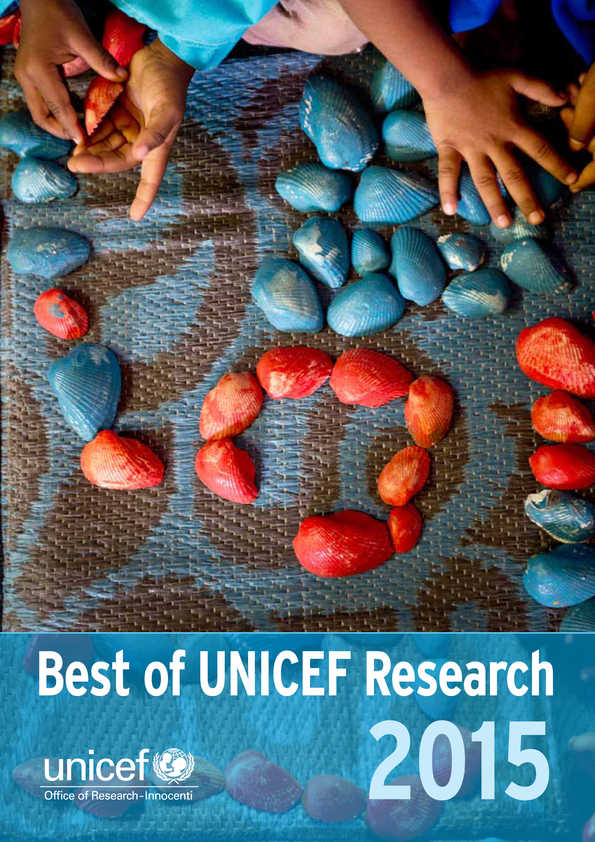 In 2013 the Office of Research-Innocenti initiated a competition to discover and highlight the outstanding research undertaken by UNICEF offices. This publication reports on a number of projects submitted to the 2015 Best of UNICEF Research competition which illustrate the range of research being undertaken by UNICEF staff in country and regional offices, at headquarters, and in collaboration with academic and government partners.
Read the publication 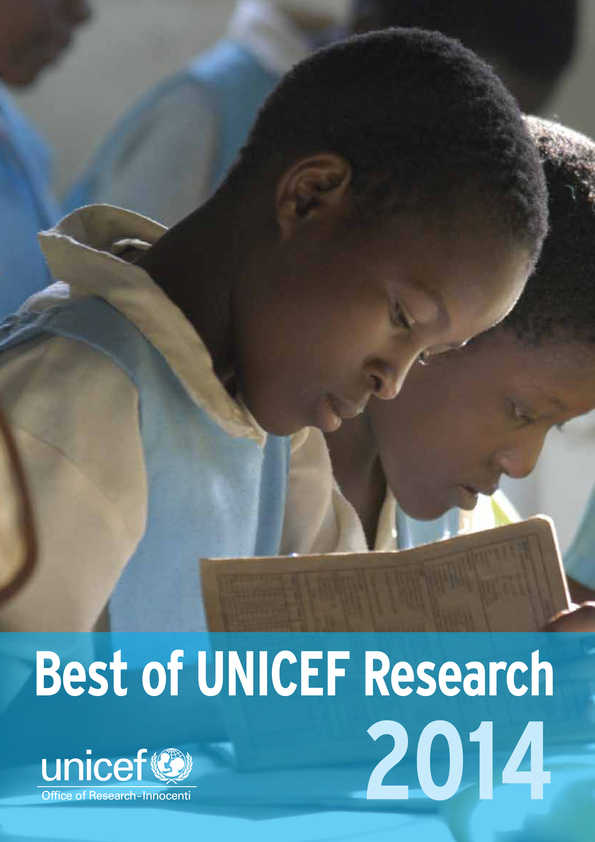 In order to showcase the best UNICEF research from around the world, the Office of Research-Innocenti undertakes an annual selection process carried out across the organization: in country and regional offices, at headquarters divisions and National Committees. Following a rigorous review and selection process, a very strong group of twelve studies were short-listed from the submissions.
Read the publication