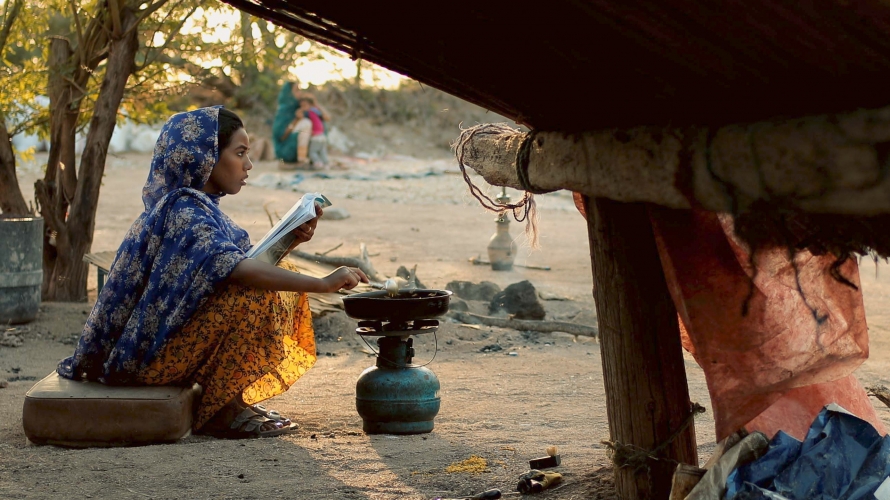 (5 September 2019)  A selection panel has completed work on the programme of films that will be showcased at the first UNICEF Innocenti Film Festival (UIFF) to be held 25 - 27 October in Florence, Italy. Some 1,174 entries were formally received from more than 100 countries and territories.

UIFF is one of several special events being organized by UNICEF to commemorate three important anniversaries for children falling in 2019:

The theme of the festival is "Growing up. Narratives from all over the world." A special effort has been made to curate examples of cinema that illuminate the major challenges and opportunities facing children in a fast changing world. The final programme will consist of films from 32 countries. UIFF will also be recognized as one of the main global activities of UNICEF in celebration of World Children's Day 2019.

UIFF is being organized by UNICEF Innocenti in collaboration with Fondazione Sistema Toscana, Cinema La Compagnia, the Tuscan Region and the Municipality of Florence. All films will be shown at Cinema La Compagnia free of charge.

The UIFF programme has works by filmmakers who have won critical acclaim in international film circles. It will also showcase a number of wonderful new creative works by younger filmmakers who are not yet well known. 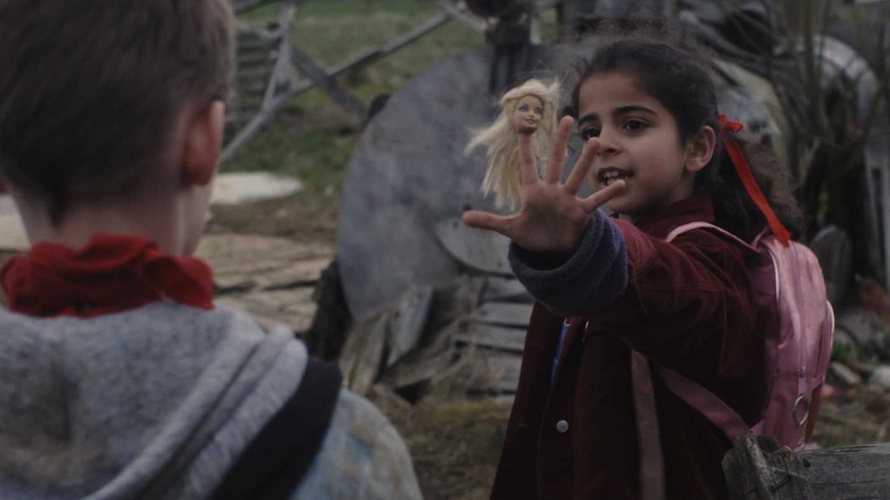 "In planning this festival, we were motivated by the awareness that there are many global cinema traditions that have produced compelling bodies of work depicting childhood," said Dale Rutstein, Communication Chief at UNICEF Innocenti. "Childhood is a universal human theme that filmmakers everywhere return to, again and again, to connect audiences to memories of the forces that shape our lives in the earliest years."

"By creating a special event to highlight the most compelling narratives of childhood on film we have an opportunity to create a unique opportunity to appreciate the power of cinema to reconnect us to the reality of childhood. We hope it will become a new tool for making the needs of children more urgent and more indelible."

In addition to the films selected for live screening, UIFF will also showcase distinguished films in the following categories on its new website: 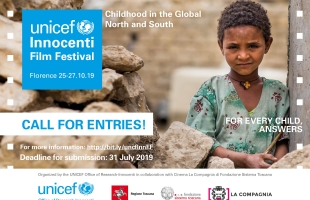 IMPORTANT NOTICE: DUE TO THE OVERWHELMING NUMBER OF FILMS THAT HAVE BEEN SUBMITTED WE HAVE BEEN FORCED TO BRING OUR DEADLINE FOR ENTRY FORWARD TO 15 JULY 2019. (2 May 2019) Three anniversaries of global significance for children will align with important implications for the city of Florence in 2019:30th anniversary of the signing of the Convention on the Rights of the Child (CRC)30th anniversary of the opening of the UNICEF Office of Research – Innocenti.600th anniversary of the founding of Ospedale Degli Innocenti, UNICEF's host organization partner.To commemorate these "triple anniversaries," the inaugural UNICEF Innocenti Film Festival will be held in Florence 25 - 27 October 2019. The festival will showcase the world’s best current film, video, multi-media, with emphasis on young artists and the Global South. Click Here to Access international Call for EntriesWhy a Film Festival?Children’s rights are timeless, but the circumstances of childhood have changed dramatically since the Convention on the Rights of the Child (CRC) was signed in 1989. Great strides have been made, but complex new threats have also emerged. Far fewer children succumb to illness and malnutrition than ever before; yet, violence, the rise of technology, displacement and climate change introduce complex new threats that were undreamed of three decades ago. The CRC remains a vital global reference point to which all nations turn.As these changes occur, the role of media – in all its dynamic forms – as well as the deepening engagement of children and young people in media production and use, have impact on children’s lives in ways that are both profound and yet only dimly visible. The UNICEF Innocenti Film Festival will take stock of these dynamic forces shaping childhood, spark discussion on the state of children and promote deep reflection on the experiences of children in different contexts. The festival will be produced in collaboration with Cinema La Compagnia di Fondazione Sistema Toscana (Film Commission of Tuscany).Criteria for selection Films to be included in the festival will promote deep reflection on narratives of childhood and the experiences that shape them – as individuals, in the family, the community, in institutions and societies - reflecting realities in the Global South and North. Emphasis will be placed on films and media that authentically represent the thoughts, voices and experiences of children themselves. While the UNICEF Innocenti Film Festival has no age limits for entry, in keeping with the Convention on the Rights of the Child, special priority will be given to films and media that have been written, directed or developed by and/or with children, young people and young adult artists.Films to be included in the UNICEF Innocenti Film Festival must be explicitly centred on child or adolescent characters. Two categories for entry have been established:General Entry - filmmakers and producers of any age can submit entries between 20 and 120 minutes duration.Under 20 - filmmakers and producers who have not passed their 21st birthday may submit entries of any duration.UNICEF Innocenti will work with young people, the global network of UNICEF offices in 190 countries, Fondazione Sistemi Toscana and other partners to select and curate the festival programme according to the above criteria.World Children's Day 2019In addition to the film festival, the UNICEF Office of Research - Innocenti is also organizing two other high profile events which will culminate in World Children’s Day, 20 November 2019, creating a rare opportunity to focus public attention on the nature of childhood itself – past, present and future – and its binding call to nurture, protect and empower. The Leading Minds for Children conference, convening global thinkers and experts in Florence to consult on major issues affecting children.A Compendium Publication of short essays by leading experts on the future of childhood. To enter a film for consideration to the UNICEF Innocenti Film Festival vist our online submission entry portal. Entries may also be submitted by downloading, filling in and returning the UNICEF Innocenti Film Festival Ssubmission Form (right). Completed entry submission forms should be sent to florence@unicef.org attention UIFF unit. The current deadline for entries is 15 July 2019.
Read the article