Knowledge for children in Africa catalogues research on poverty and livelihoods

Consolidates 2019 evidence on the situation of children in Africa 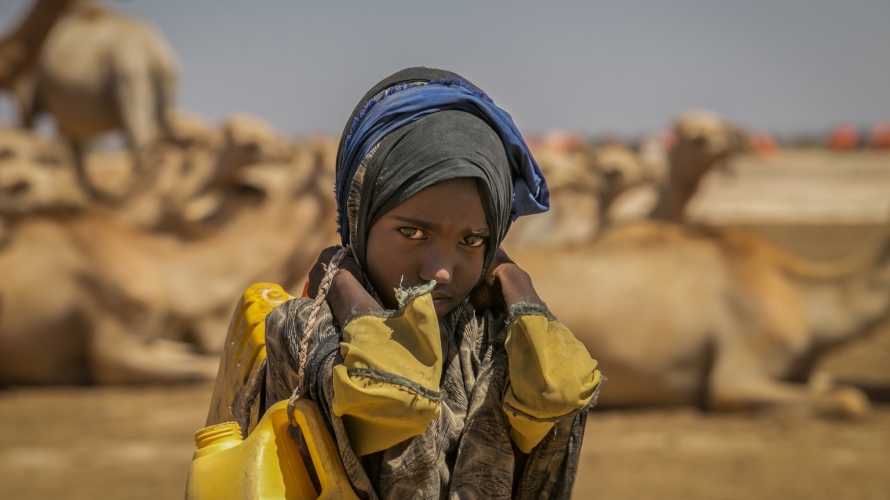 UNICEF's 2019 Knowledge for Children in Africa Catalogue consolidates evidence on the situation for children in Africa, including UNICEF Innocenti Research in Mozambique and Tanzania.

(2 December 2019) Each year, UNICEF and its partners in Africa generate a wealth of evidence about the situation of children. The 2019 edition of the Knowledge for Children in Africa Publications Catalogue features 107 reports and studies on the situation of children, young people and women in Africa. These publications represent the collective knowledge produced by UNICEF Country and Regional Offices across Africa and highlight the evidence essential to informing the development, monitoring and implementation of policies and programmes for the realization of children’s rights across the continent. 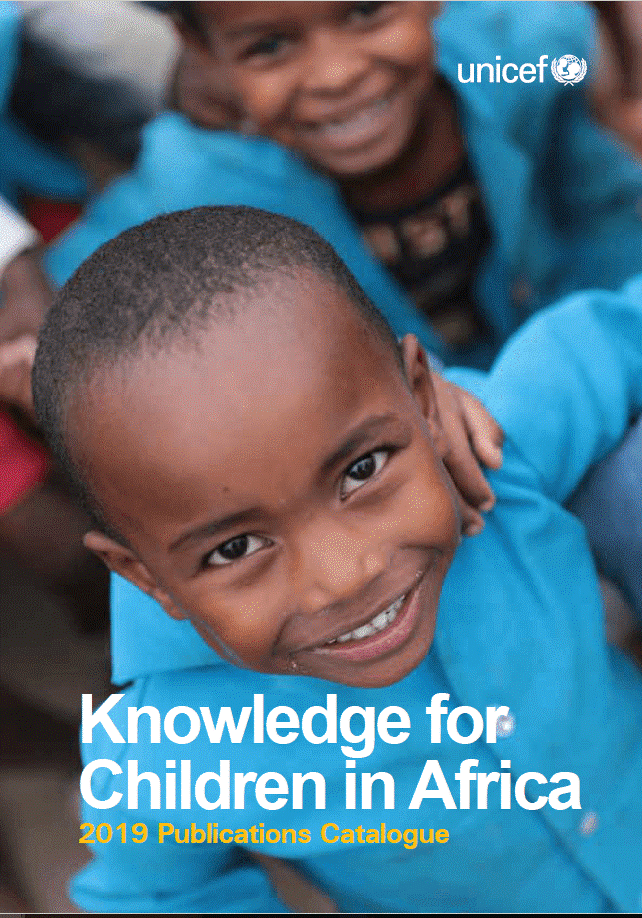 The 2019 publications catalogue features 107 of the most important reports and studies that UNICEF and its partners have generated on the situation of children and young people across Africa. Download the full catalogue.

Key themes this year include:

In Africa, the current demographic revolution will see the under-18 population increase by two thirds, reaching almost 1 billion by 2050. These figures underscore an urgent need for strong evidence to inform the implementation of social policies and budgets for children.

Covering a wide range of topics including child poverty; education and early childhood development; and social protection among others, the publication captures some of the most advanced work to support efforts by children and young people to realize their rights to survival, development and protection.

UNICEF Mozambique was one of the first countries that applied Multidimensional poverty analysis at the UNICEF country-office level.  The 2010 Child Poverty in Mozambique report used child-focused approach developed by the University if Bristol (Gordon et al),  to present multiple deprivations of children in the country and highlight the importance of going beyond income measurement. For the 2019 report, UNICEF Mozambique worked with the government and partners, including UNU-WIDER, to include a strong child focus in the underlying process of measuring SDG target 1.2.

The report is already having an impact in Mozambique. “We have already used the report and its findings in various policy platforms –  from SDG and social protection discussions with partners to building policy advocacy agenda with political parties in the run of 2019 elections,” said Zlata Bruckauf, Research and Evaluation Specialist at UNICEF Mozambique and former researcher at UNICEF Innocenti. “Early next year we will use the report to contextualize the UN independent committee observations on CRC (Convention on the Rights of the Child) reports in Mozambique, stimulate discussion on the inclusion of multidimensional poverty measure in the next National Five Year Plan, and promote further use of the findings for planning at the national and sub-national levels to end child poverty in all dimensions,” she added.

The catalogue also included UNICEF Innocenti-led research in Tanzania studying the effectiveness of a ‘Cash Plus’ – social protection programme. The ‘Cash Plus’ pilot, also known as “Ujana Salama” meaning “Safe Youth” in Swahili, is being implemented within the Tanzanian Government’s Productive Social Safety Net (PSSN), with technical assistance from UNICEF Tanzania and the Tanzania Commission for AIDS (TACAIDS). The pilot jointly addresses livelihoods skills and education on HIV, sexual and reproductive health (SRH) and gender equity and facilitates linkages to youth-friendly SRH services.

"The world is currently experiencing its largest ever adolescent population, a cohort that will face both serious challenges and opportunities in adulthood. Therefore, it is of utmost importance to understand what combinations of support and investments in this population can lead to positive transitions to adulthood, for a better future for themselves and their own children," Tia Palermo, a former UNICEF Innocenti researcher who has worked extensively on building this research programme, commented.

The 'Cash Plus' study is groundbreaking in that it reports the first-ever findings from a 'cash-plus' intervention targeted to adolescents implemented by an African government. Using a cluster randomized-control trial (RCT) and mixed method data collection on over 2,000 adolescents and youth followed over three waves, in combination with detailed information collected from households, communities, and area health facilities, the study also meets high academic standards for impact evaluation. This midline findings recognize that youth need a combination of social, health and financial assets to safely transition to adulthood. Read the brief on the midline report. 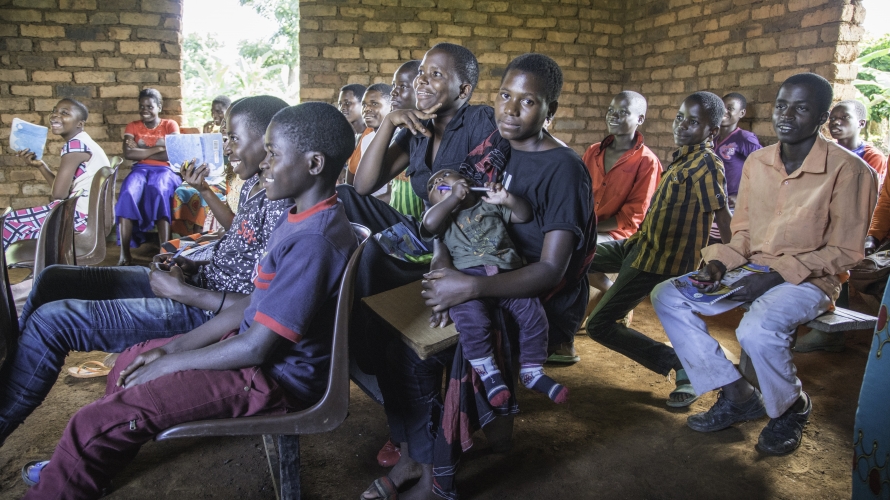 The CASH Plus Model: Improving Adolescent Wellbeing with Evidence 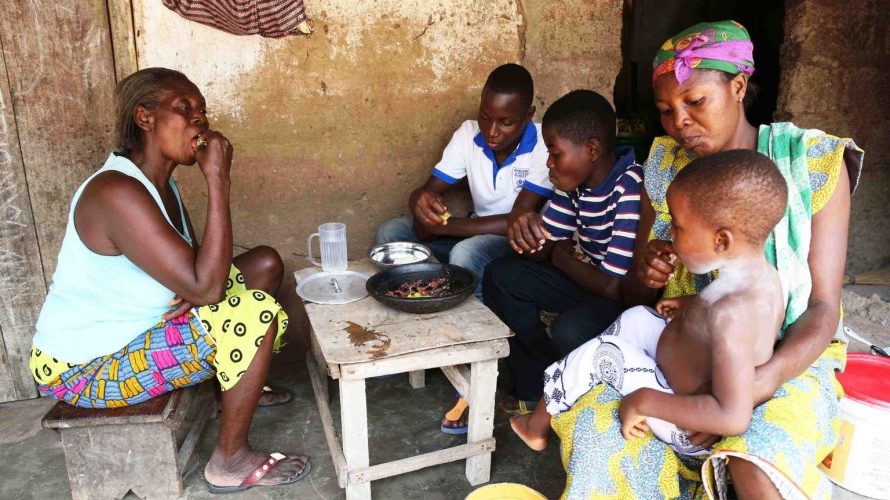 ‘Cash plus’ interventions have potential for greater impact than cash alone 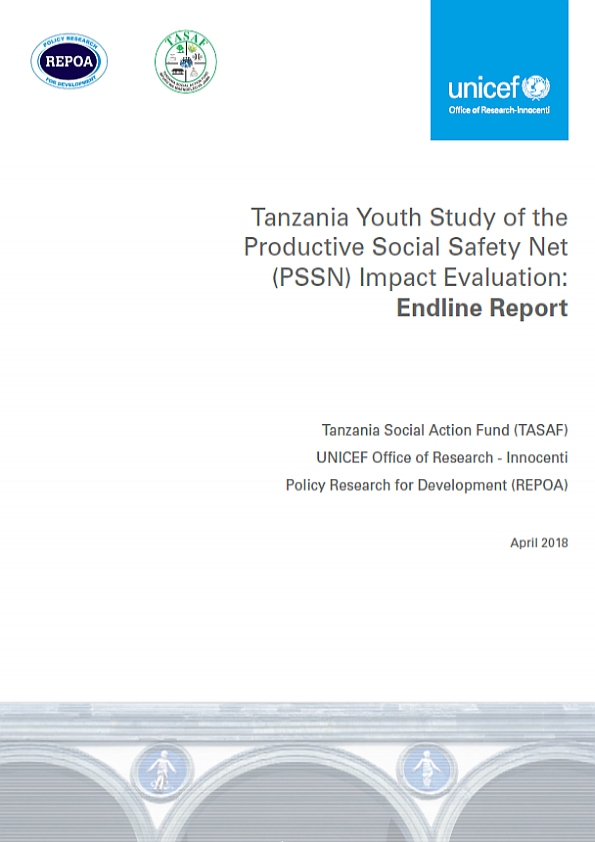 2018     20 Apr 2018
This report provides endline findings from an 18-month (2015-2017), mixed methods study to provide evidence on the effects that the Government of Tanzania’s Productive Social Safety Net has had on youth well-being and the transition to adulthood. The study was led by UNICEF Office of Research – Innocenti in collaboration with REPOA. Results of this evaluation can help assess what other measures or interventions are necessary to improve adolescent and youth well-being and how these can complement and provide synergies with the government’s institutionalized social protection strategy. 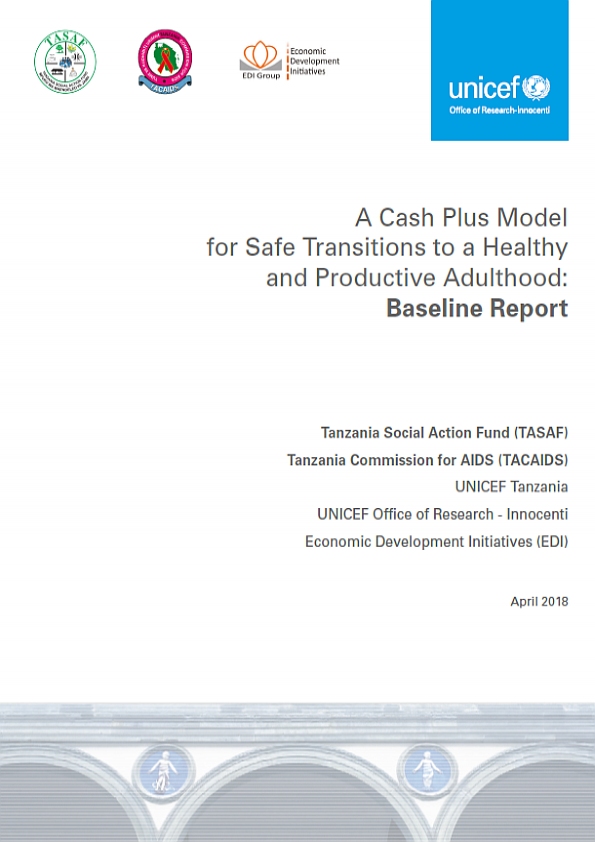 2018     20 Apr 2018
This report presents the evaluation design and baseline findings from a 24-month, mixed methods study to provide evidence on the potential for an additional plus component targeted to youth that is layered on top of the Government of Tanzania’s Productive Social Safety Net to improve future economic opportunities for youth and facilitate their safe transitions to adulthood. This pilot study is based on the recognition that cash alone is rarely sufficient to mitigate all risks and vulnerabilities youth face or to overcome structural barriers to education, delayed marriage and pregnancy, and other safe transitions. The model the intervention follows was informed by a workshop held in Tanzania in February 2016 with government, researchers and development partners. 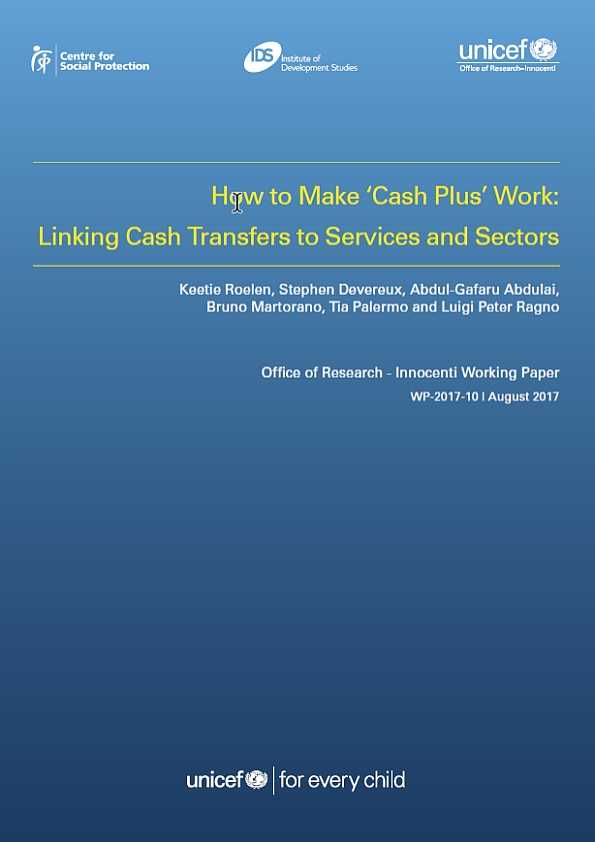 How to Make ‘Cash Plus’ Work: Linking Cash Transfers to Services and Sectors

2017     31 Aug 2017
The broad-ranging benefits of cash transfers are now widely recognized. However, the evidence base highlights that they often fall short in achieving longer-term and second-order impacts related to nutrition, learning outcomes and morbidity. In recognition of these limitations, several ‘cash plus’ initiatives have been introduced, whereby cash transfers are combined with one or more types of complementary support. This paper aims to identify key factors for successful implementation of these increasingly popular ‘cash plus’ programmes, based on (i) a review of the emerging evidence base of ‘cash plus’ interventions and (ii) an examination of three case studies, namely, Chile Solidario in Chile, IN-SCT in Ethiopia and LEAP in Ghana. The analysis was guided by a conceptual framework proposing a menu of ‘cash plus’ components. The assessment of three case studies indicated that effective implementation of ‘cash plus’ components has indeed contributed to greater impacts of the respective programmes. Such initiatives have thereby addressed some of the non-financial and structural barriers that poor people face and have reinforced the positive effects of cash transfer programmes. In design of such programmes, further attention should be paid to the constraints faced by the most vulnerable and how such constraints can be overcome. We conclude with recommendations regarding the provision of complementary support and cross-sectoral linkages based on lessons learned from the case studies. More research is still needed on the impact of the many variations of ‘cash plus’ programming, including evidence on the comparative roles of individual ‘plus’ components, as well as the knowledge, attitudes and behaviour pathways which influence these impacts.

'Cash Plus' for adolescents in Tanzania: How it started, where it's going, and why research matters