Impacts of the Ghana Livelihood Empowerment Against Poverty 1000 programme

LEAP programme reduces poverty and improves well-being, but does not impact stunting after 2 years
20 Feb 2020 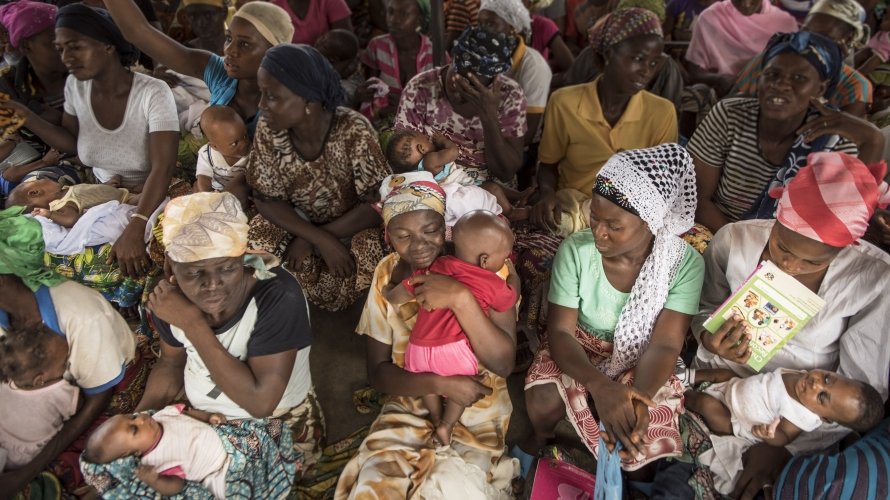 Women in Tamale, Northern Ghana are being informed about the LEAP 1000 programme and registration phase that will happen in the following days.

(5 March 2020) Ghana’s flagship social protection programme, Livelihood Empowerment Against Poverty (LEAP), provides bi-monthly cash payments to extremely poor households in all districts of the country. In addition to the cash transfer, LEAP offers free registration in the National Health Insurance Scheme. In order to participate in LEAP, poor households also needed to have at least one member who was elderly, living with a disability, or an orphaned and vulnerable child. LEAP 1000 introduced an additional group for inclusion, targeting households with pregnant women and mothers with infants, to support the window of the first 1,000 days of life in order to alleviate household poverty and improve nutritional status of infants. LEAP 1000 was first piloted in ten districts in Northern Ghana in 2015, and the category of women who are pregnant or with infants under 1 was rapidly mainstreamed into the national programme in 2016. 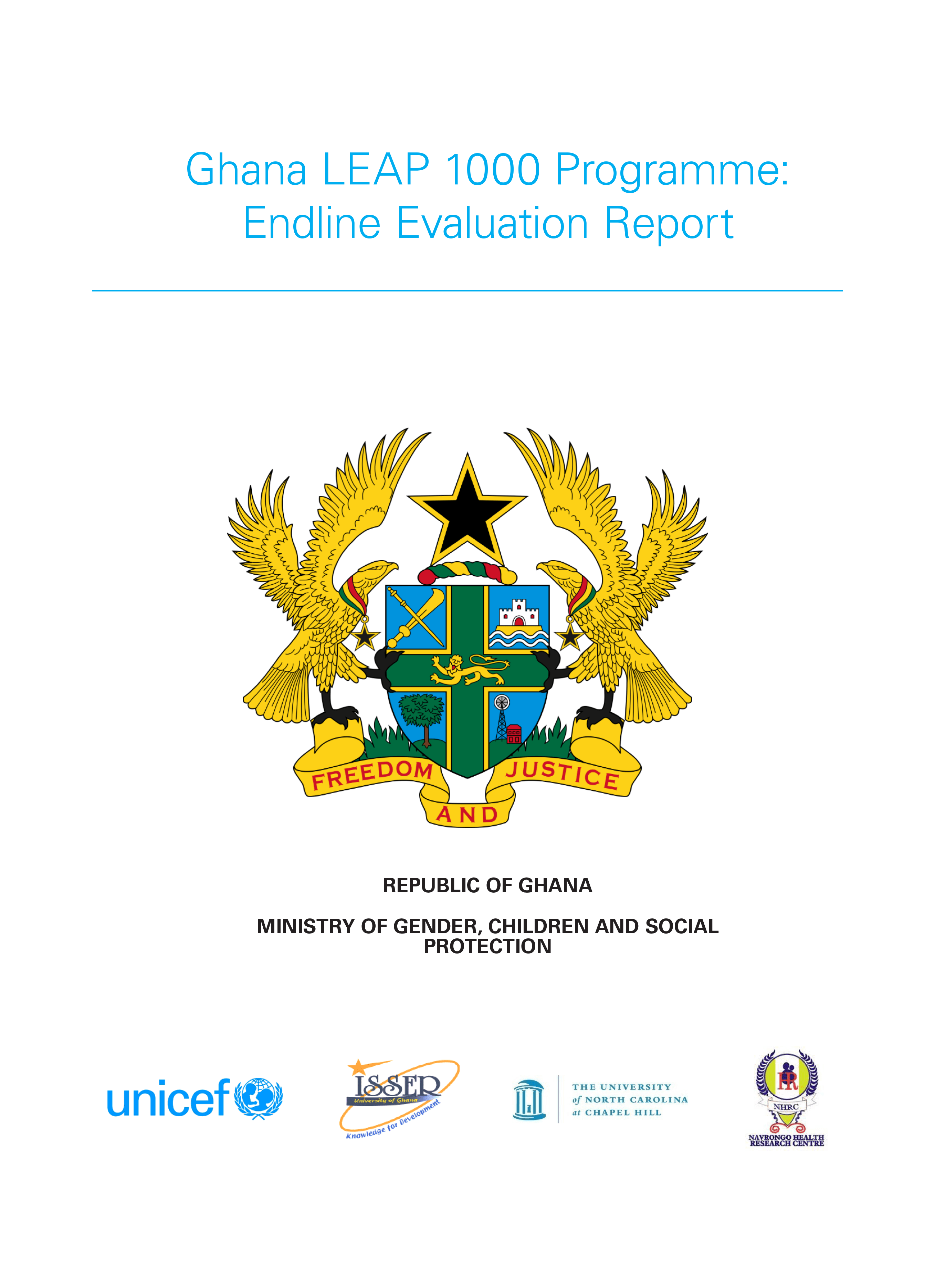 UNICEF Ghana, working closely with Ghana’s Ministry of Gender, Children and Social Protection commissioned an independent 2-year impact evaluation study, with financial support from USAID. UNICEF Office of Research – Innocenti, in collaboration with the Institute of Statistical, Social and Economic Research (ISSER) at the University of Ghana, the University of North Carolina at Chapel Hill (USA), and NavrongoHealth Research Centre, carried out a mixed-methods impact evaluation. Households applying to the LEAP 1000 programme were subjected to a proxy-means test. The impact evaluation compares households which were just below the proxy means test cut-off score (eligible for LEAP 1000) to those just above the cut-off score (not eligible for LEAP 1000). Households included as part of the evaluation sample were surveyed at baseline (in 2015) and end-line (in 2017). Qualitative research was also conducted with a sub-sample in 2015, 2016 and 2017.

LEAP 1000 raised consumption and decreased poverty. Despite decreases in overall consumption levels since baseline, reflecting inflation and multiple shocks faced by treatment and comparison households, LEAP 1000 had a protective impact against poverty and treatment households consumed more than the comparison households. In addition, LEAP 1000 positively impacted some dimensions of economic productivity and savings. The programme also had an impact on a number of determinants of child health and nutrition. In particular, it increased ante-natal clinic visits from skilled providers among currently pregnant women and rates of exclusive breastfeeding among infants under 6 months. It also improved food security of households and dietary diversity. National Health Insurance Scheme enrollment increased as a result of LEAP 1000. In terms of morbidity, while the programme did not have a significant impact on illness incidence of individuals, it did have a positive impact on health-seeking behaviour, though only for adults. LEAP 1000 positively impacted social support of beneficiary women and reduced frequency of intimate partner violence against women but not perceived stress. These are general indicators of well-being, which may also contribute to child well-being and health through improved care-giving practices.

LEAP 1000 did not increase fertility. A cash transfer targeting pregnant women and mothers with children under one year of age may generate concerns of unintended fertility increases. There is no evidence of such an effect; rather, LEAP 1000 had a small but significant impact on reducing fertility... Furthermore, there was no evidence of increases in spending on alcohol and tobacco as a result of the programme.

However, the programme did not have an impact one of LEAP 1000’s primary objectives, namely reducing child stunting. There may a number of reasons for this, including a significant decline in the purchasing power of the transfer due to inflation and multiple shocks experienced during the study period. Although not expected, the programme also did not have an impact on some of the determinants of nutrition such as drinking water and sanitation (Given that child nutrition and stunting are determined by a complex set of inputs, the results suggest that complementary services may be needed to reduce child stunting .