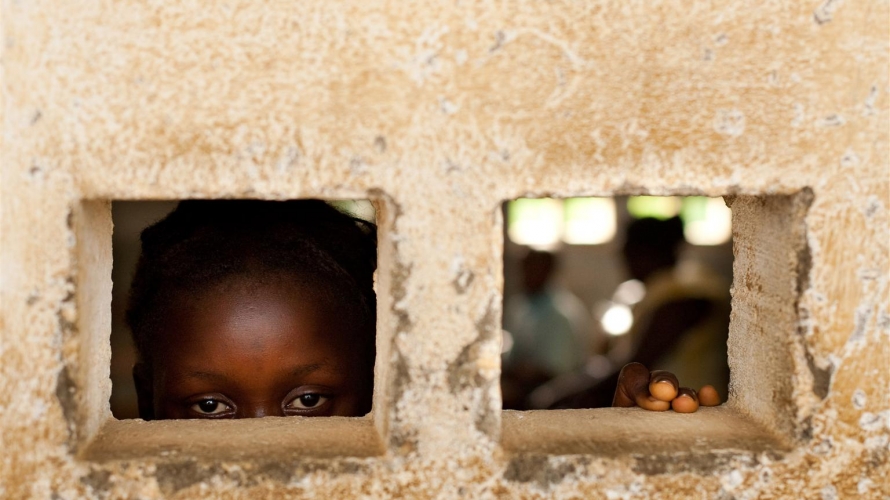 (2 April 2020) States must step up their efforts to eradicate the sale and sexual exploitation of children to keep up with evolving risks. The UN Special Rapporteur stressed this message at the Human Rights Council earlier this month, where she released the final report of her six-year tenure. In the report, Ms Maud de Boer-Buquicchio, provides an analysis of key challenges, trends, and recommendations for the way forward.

The report was informed, amongst others, by an expert consultation held at UNICEF Office of Research—Innocenti in September 2019. To accompany the Special Rapporteur’s report, UNICEF Innocenti has prepared three reports summarising key discussion points around three important and growing contexts related to the sale and sexual exploitation of children: technology, sport, and migration. 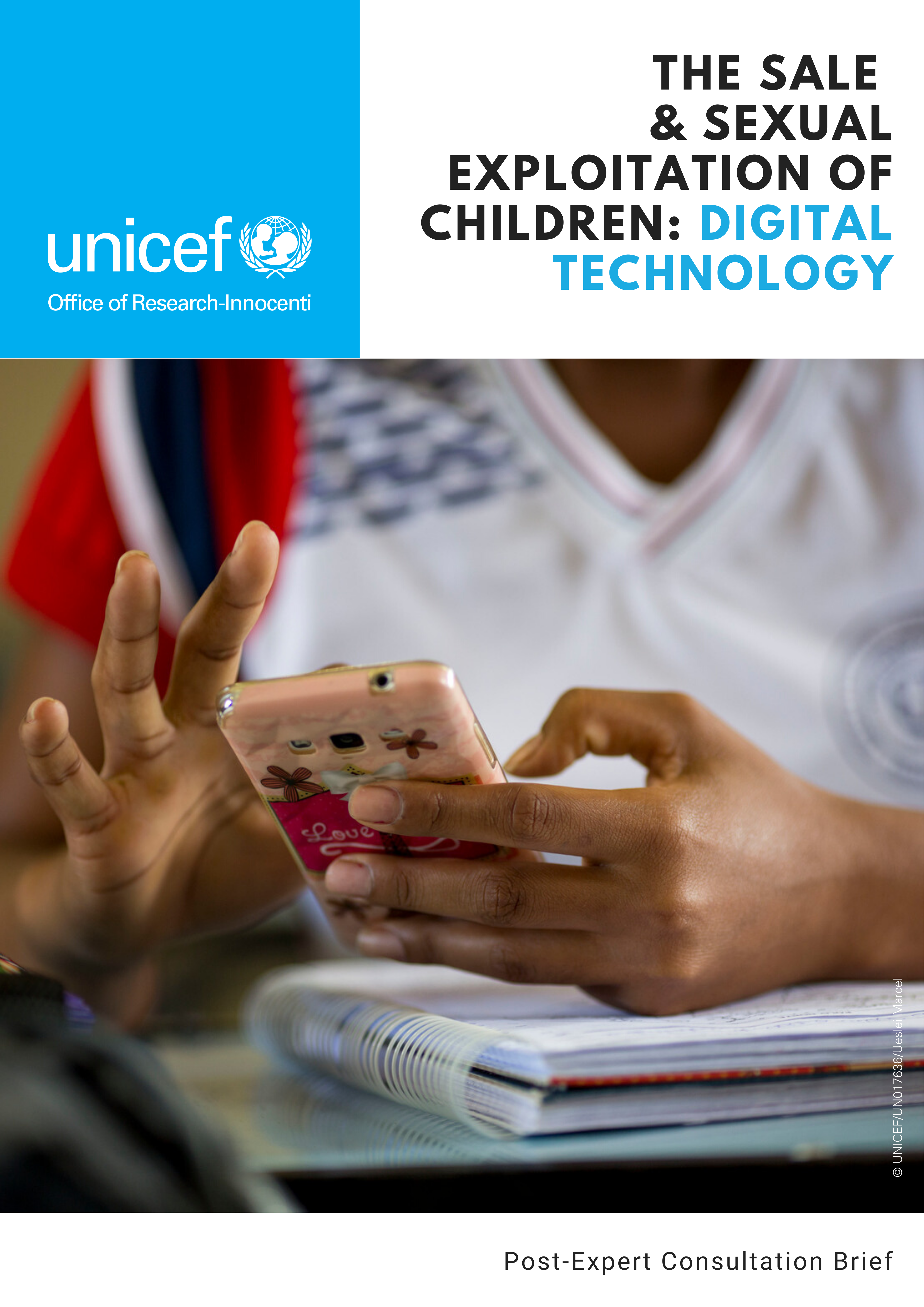 As access to Information and Communication Technologies (ICT) increases, so too do the risks posed to children. Popular ICTs, like mobile phones and the internet, can enable and facilitate sexual crimes against children, including the production and dissemination of child sexual abuse materials and the facilitation of child prostitution.

The scale of the problem is difficult to ascertain with precision. However, in 2018 alone, 18.4 million referrals of child sexual abuse material were made by US technology companies to the National Centre for Missing and Exploited Children.

When addressing the issue, children’s own experiences and perspectives need to be considered. For the most part, the use of ICTs can generate positive benefits for children. Addressing the root causes of children’s vulnerability therefore requires a rights-based and holistic approach. Priorities include more and better evidence on the role of ICTs in facilitating or enabling the sale and sexual exploitation of children; clear terminology; new and improved legislation to help end the sale and sexual exploitation of children; and a multi-sectoral collaborative response. 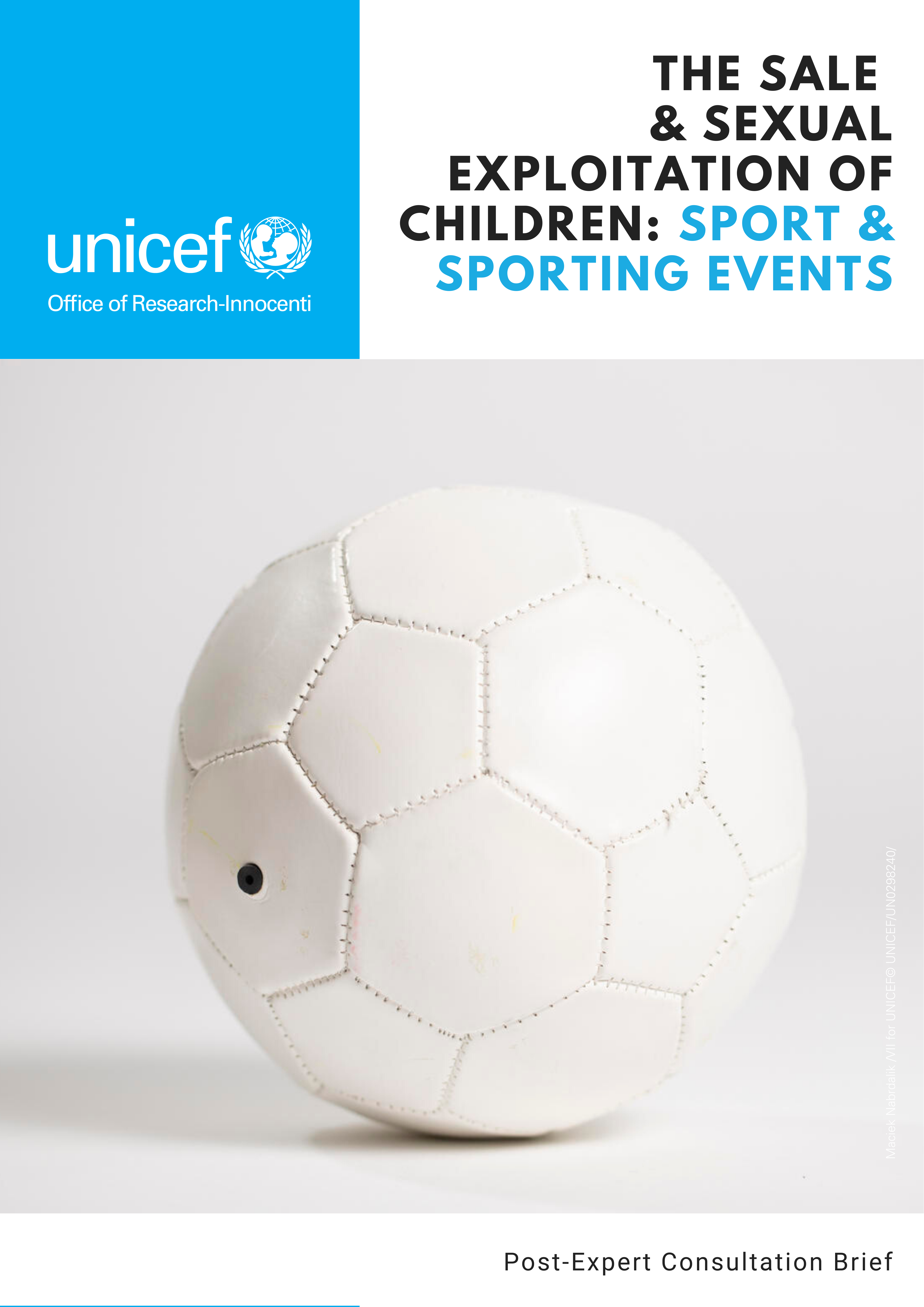 Sport has a powerful effect on children’s well-being and can promote greater physical health, emotional and mental balance, and help children develop important skills. But sport can also expose children to grievous harm and violence.

At the extreme end is the sale of athletes, especially in major sports like football. Child athletes can easily fall victim to human trafficking, sometimes for the purposes of economic or sexual exploitation.

Everyday participation in sport can also expose children to violence and harm. Instructors and coaches typically enjoy substantial impunity due to their authoritative role and the great pressure exerted on children to perform, often with the support of parents who are unaware of the exposure to harm.

The interconnectedness of sport and the sale and sexual exploitation of children is a relatively unexplored issue that deeply affects their life experiences. While Conventions and Optional Protocols provide guidance, not enough research is available to inform actions, and laws are not fully equipped to regulate what is often a lucrative business.

The vulnerability of children on the move 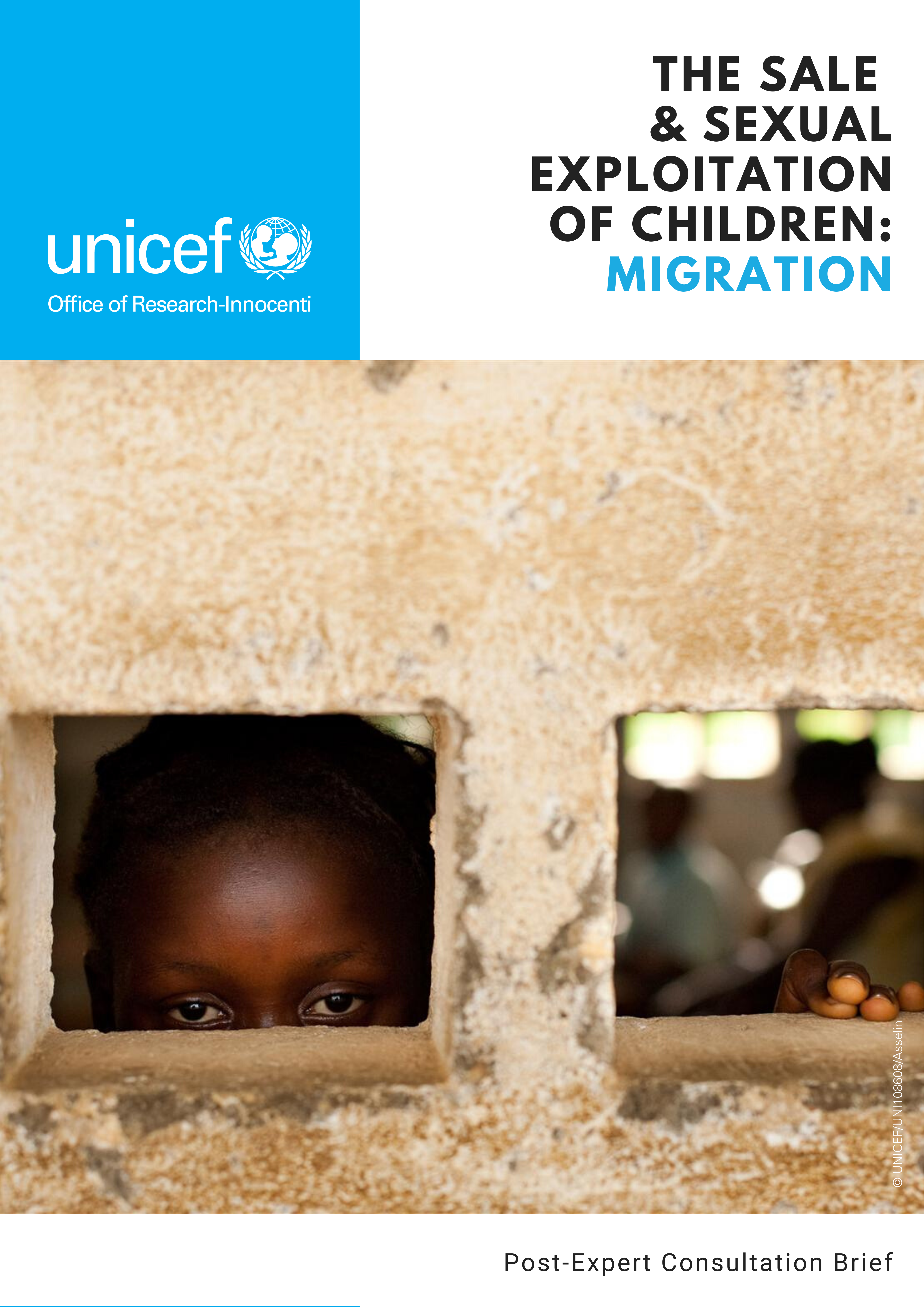 36.1 million children were international migrants in 2018 alone, often forced to move for a range of reasons, with or without families. Children who are migrating, especially if unaccompanied, face increased risk of being subjected to violence, including sexual violence, exploitation, and human trafficking. Their vulnerability is exacerbated by limited access to safe migration pathways, services, and justice. When they reach a destination country, they may encounter other difficulties, such as discrimination and limited access to basic services, making them extremely vulnerable to sale and sexual exploitation.

Migrant children face harsh realities that are characterized by multiple intersecting and overlapping issues. Even though they may show resilience and agency in dealing with difficult circumstances, the emotional, mental, and physical toll of uncertain and often arduous journeys may undermine their ability to protect themselves, making them even more vulnerable to violence, abuse, and exploitation.

Children left behind when families, especially one or both parents, migrate also face additional (and often hidden) vulnerabilities, and need to be included in research, policies and actions.

While various Conventions, Protocols, and Compacts offer some protection to migrant children, more needs to be done, including: an integrated approach to complex vulnerabilities; improved access to information and education for children; risk mitigation through awareness campaigns and prevention mechanisms; adequate access to resources; and expanding national child protection measures to include children on the move and those left behind in the context of migration and displacement.

“We have come a long way to raise a better awareness of this phenomena, thanks to courageous children who, against all odds, stand up to speak and break the culture of silence nurtured by social tolerance, shame and stigma. Significant gains have also been achieved thanks to the dedication of first-line child protection officers, service providers, border police and law enforcement,” de Boer-Buquicchio said in a press statement following the release of her report. 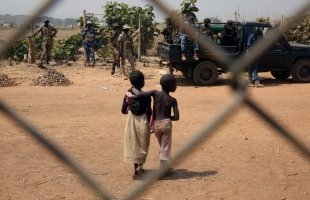 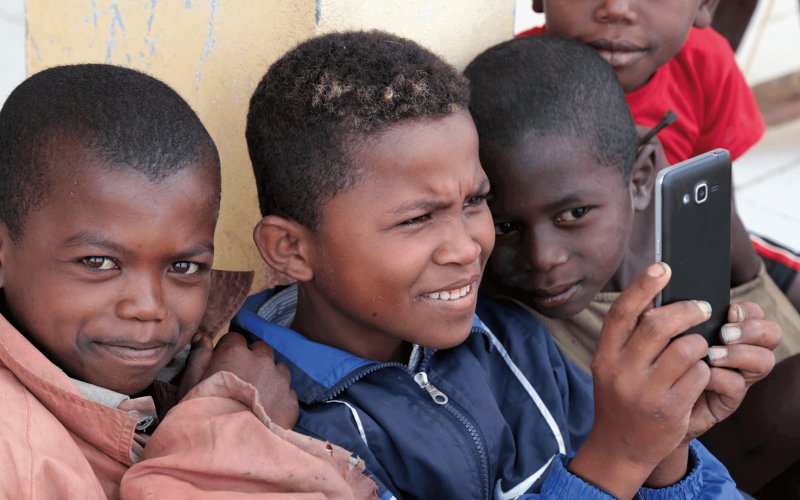 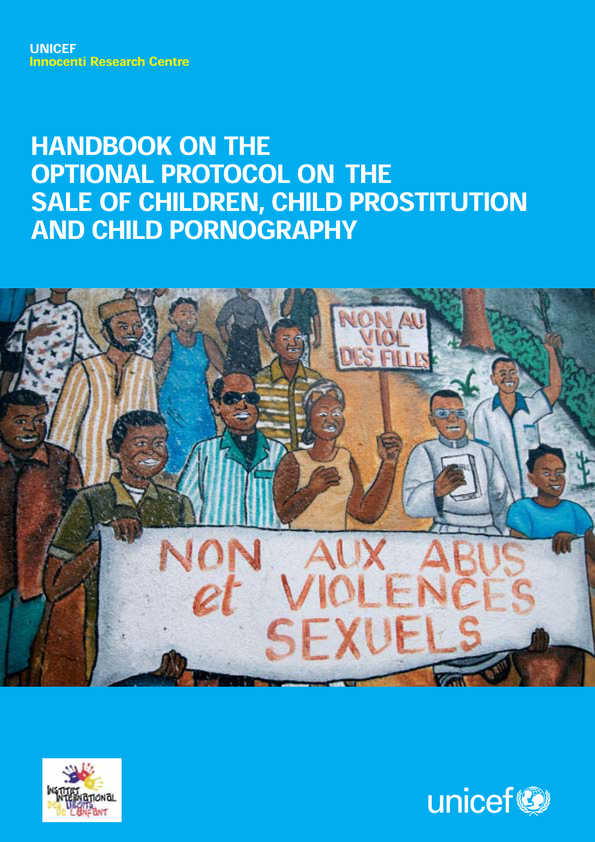 Handbook for the Optional Protocol on the Sale of Children, Child Prostitution and Child Pornography

The Handbook aims to promote understanding and effective implementation of the Optional Protocol to the Convention on the Rights of the Child on the sale of children, child prostitution and child pornography. The publication describes the genesis, scope and content of the Protocol, and provides examples of measures taken by States Parties to fulfil their obligations under this instrument. This essential guide is addressed principally to public officials, UN organizations, child rights advocates and others who work with and for children, and whose duties and activities can enhance the protection of children from exploitation, whether on the national or local level.
Read the publication

Looking back, looking forward: Consultation on the Mandate of the Special Rapporteur on the sale and sexual exploitation of children

Looking back, looking forward: Consultation on the Mandate of the Special Rapporteur on the sale and sexual exploitation of children

DOWNLOAD:
The Sale and Sexual Exploitation of Children in the Context of Migration

DOWNLOAD:
The Sale and Sexual Exploitation of Children in the Context of Sport