UNICEF Innocenti Film Festival returns for its second edition in 2021

(19 March 2021) We are pleased to announce that the 2nd edition of the UNICEF Innocenti Film Festival (UIFF) will be held in Florence 21 – 24 October 2021, with a mixture of live and virtual screening programmes. Convening in the shadow of a pandemic, once again UIFF aims to take stock of the forces shaping children's lives to promote reflection on the experiences of childhood in diverse contexts.

In 2021 UIFF screenings will be programmed in three categories:

Younger filmmakers are strongly encouraged but artists of any age are more than welcome to submit entries.

In 2021 UNICEF is celebrating its 75th anniversary and the second UIFF is dedicated to this important milestone with special awards, guest appearances by celebrity Goodwill Ambassadors and the festival grand prize award presented by a global UNICEF dignitary.

In 2021 we will introduce the UIFF ‘Iris’ prize to be awarded by an international professional jury to the best films in our three categories. All interested filmmakers can learn about our festival rules and submit film entries on our Film Freeway page:

In recognition of the power of film to spark dialogue and new thinking about children, UNICEF Innocenti inaugurated the UNICEF Innocenti Film Festival (UIFF) in 2019 on the theme “Growing up. Stories from around the world.” Through the celebration of global cinema on childhood we discovered a rich and diverse body of work with the potential to spark deep thinking about the issues children face around the world.

Childhood is a universal theme that filmmakers return to, again and again, to connect audiences to memories of the forces that shape our lives in the earliest years. UIFF is dedicated to showcasing the best cinema narratives of childhood from all parts of the world. In 2019 UIFF screened a final selection of 32 fiction and non-fiction films produced in 28 countries. The average age of finalist filmmakers was 29. 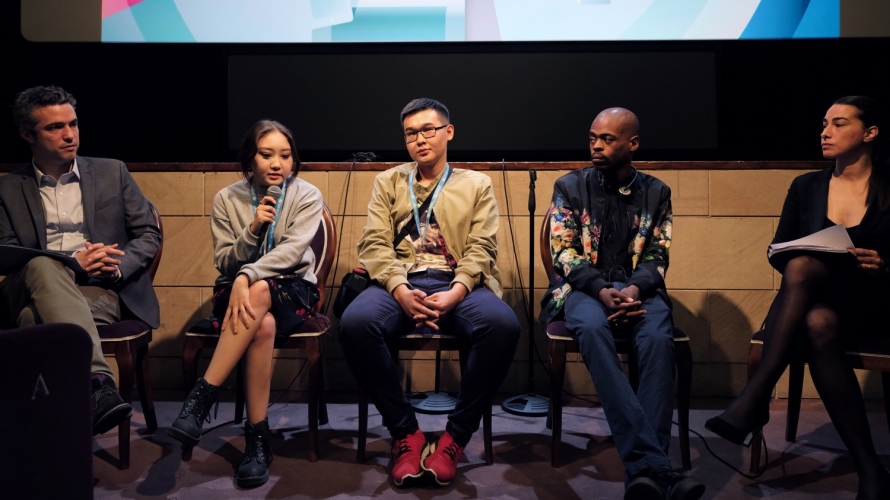 Filmmakers from Kazakhstan and South Africa during post screening Q & A session on the second day of UIFF 2019 in Florence, Italy.

One of the distinctive features of UIFF is post screening dialogue on important issues facing children emerging from the films. After each screening session we will organize online or live in Florence discussion featuring artists, UNICEF experts and the public.

UIFF is produced by UNICEF Innocenti in cooperation with Cinema La Compagnia and Fondazione Sistema Toscana in Florence, Italy. The second edition of UIFF will be presented through a combination of virtual and live screenings in Florence, 21-24 October 2021.

For more information send messages via our staff pages to Dale Rutstein or Patrizia Faustini. 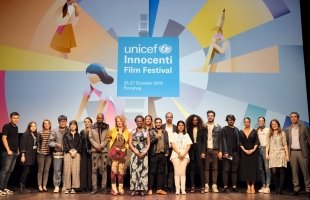 (4 November 2019) The inaugural UNICEF Innocenti Film festival concluded on a positive note on 27 October at Cinema La Compagnia in Florence. Thirty two films from 28 countries were screened over three days, receiving enthusiastic reception from audiences. Apart from the diversity and quality of the film programme, a highlight of the festival was the panel discussions which featured dialogue between film directors and UNICEF child rights research experts.Priscilla Idele, Director a.i, UNICEF Innocenti explained, "And while our primary mode of exploration of children’s rights is still research, we felt there is a great need to explore new innovative and more powerful ways of highlighting the challenges facing children. This is how the idea of a film festival on stories of childhood from all over the world was born. From the moment we started exploring this idea, it seemed to be something that immediately captivated people everywhere."Twelve invited filmmakers attended the representing films made in Belgium, Iran, South Africa, Kazakhstan, Japan, Germany and Ethiopia. Among the films presented three had their world premiere, two had their European premiere and six had their Italian premieres. While films were submitted from directors of all ages the average age of the directors whose films received "Official Selection" recognition was 29 years old.   Federico Chiarini, Channel presenter, producer for Sky Atlantic and Sky Cinema, who served as moderator of the festivals Q&A sessions, said: "What I will not forget about this festival were the testimonies of the directors who intervened, often accompanied by the words of the researchers of the UNICEF Innocenti center. A film has the ability to reach the heart of its audience very quickly, but sometimes the viewer perceives that reality with distance, seeing it reproduced on the screen. The presence of the authors in the room helped restoring realism to those stories, making them real in our eyes. And now they will stay with us forever.”UNICEF Innocenti staff and specially invited film directors at the closing ceremony of the UNICEF Innocenti Film Festival at the Cinema La Compagnia in Florence, Italy. "The festival offers the possibility of comparing and reflecting on the conditions and the problems of childhood, which is a fundamental component for every society which aims at an equal and sustainable development," said Monica Barni, Vice President of the Tuscan Region. "On this basis the Tuscany Region offered its  support to UNICEF Innocenti Film Festival, this year at its premiere edition, with the hope that it can become a laboratory of ideas and reflections also for the coming years."Dale Rutstein, Chief of Communication, UNICEF Innocenti reflected: "We launched the festival with the hope that by bringing together film narratives of childhood from all over the world that we would be able to create important moments of reflection about the realities that children face in different contexts. I think we learned that the combination of powerful film storytelling about childhood combined with expert discussion on child rights points to a new way of advocating for children without compromising artistic standards."
Read the article 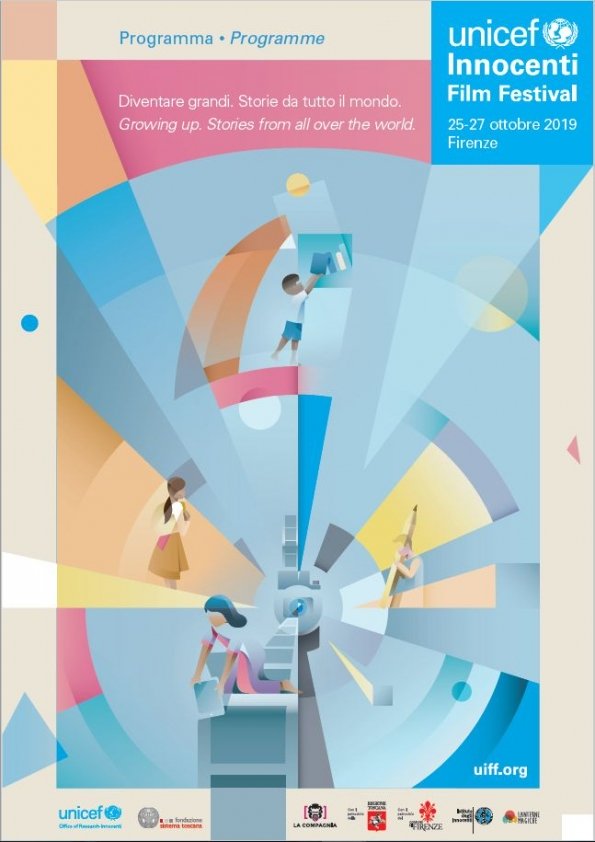 UNICEF Innocenti Film Festival. Growing up. Stories from all over the world