Children in soleparent households are up to four times more vulnerable than children living in two-parent families. 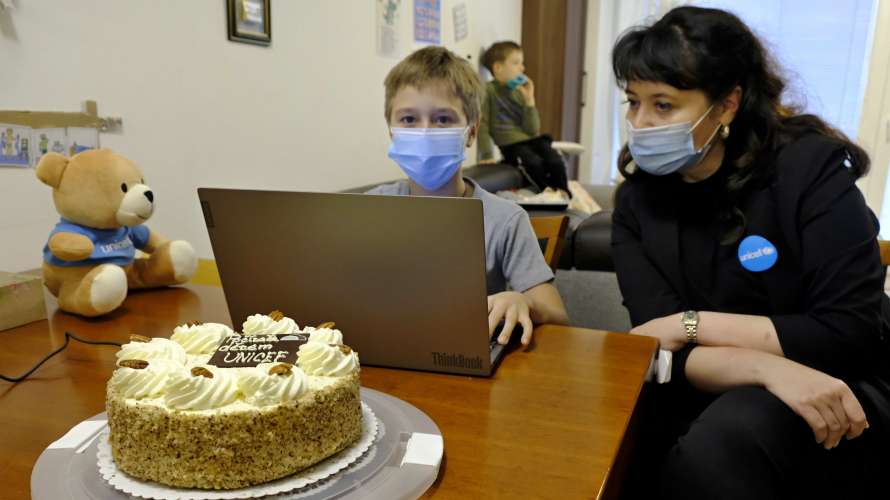 The Czech Republic has long been one of the countries with the lowest rates of child poverty. However, the pandemic risk is pushing up to 35,000 children into poverty. Children in soleparent households are up to four times more vulnerable than children living in two-parent families.

Prague/Florence, 30 September 2021 - As many as 35,000 children may be forced into life in poverty due to the effects of the COVID-19 pandemic. This figure is based on the estimates from the UNICEF Office of Research - Innocenti, the results of which were presented today by the Czech Committee of UNICEF.

"Czech Republic is a country that spends relatively significant resources on social support for families and maintains a long-term low level of child income poverty. However, the model study shows that the return to pre-pandemic values ​​will be lengthy and risks stay higher than pre-pandemic levels for at least 5 years,” says researcher Dominic Richardson. "Children in sole parent families are most at risk of poverty in the Czech Republic. Efforts can be made to protect these children postpandemic, including specific increments in the family cash benefits, or in the case of sole parent families, treating the oldest child as an adult in the calculation of the minimum living allowance."

Child poverty has far-reaching and long-term consequences for society as a whole. According to UNICEF, low levels of poverty compared to other countries are associated with lower levels of violence against children. The report warns that the increase in child poverty is also significantly correlated with the decline in average reading literacy.

According to OECD data, the Czech Republic is one of the countries most affected by the economic consequences of the pandemic. A closer look at the data from the last financial crisis showed that child income poverty was above pre-crisis levels for 7 of 8 years up until 2016. Without immediate action, the risk of poverty will remain high, especially for soleparent families.

UNICEF (United Nations Children's Fund) works in 193 countries around the world, providing children with health care, nutrition, drinking water and sanitation, basic education for all boys and girls, and protection from violence and abuse.