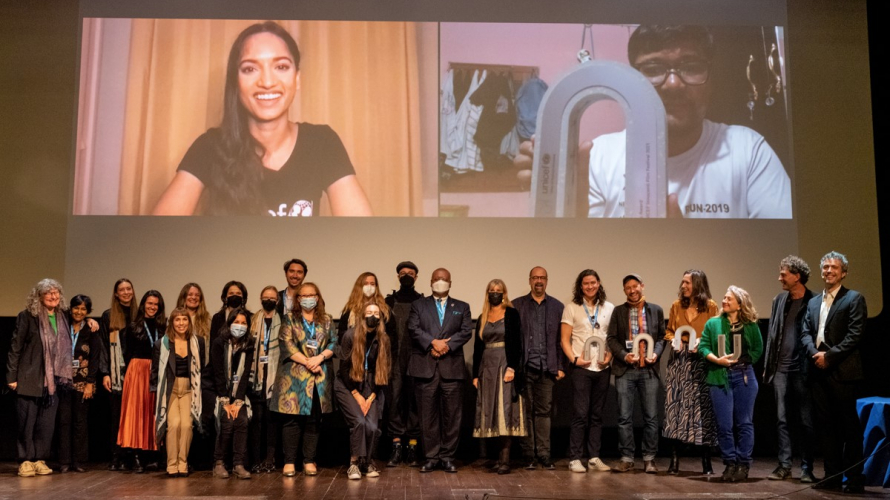 (Florence, 26 October 2021) Nine films about childhood have won the Iris award at the UNICEF Innocenti Film Festival 2021. The festival, which is organized by UNICEF Innocenti, showcases international film narratives of childhood. Taking place 21-24 October in Florence, Italy, the festival featured 38 films from 29 countries.

Speaking about the festival, Actor and UNICEF UK supporter, Amita Suman, said “some of the things you see are devastating. There are violations of children’s rights and it is why we need to make the world listen. These incredible films do that.”

The Iris Award Ceremony, celebrating the very best films that skillfully capture what it means to be a child today, was held Sunday evening at Cinema La Compagnia. Filmmakers, Italian partners, and the public came together to discover which films would receive an Iris award, named after the mechanism that controls the light entering a film camera as well as the symbol of Florence—UNICEF Innocenti’s hometown.

The best overall film was awarded the ‘UNICEF 75 Iris,’ marking UNICEF’s 75th anniversary. The festival’s international jury selected ‘A Scarecrow’ for the top award, written and directed by self-taught Nepali filmmaker, Rajesh Prasad Khatri. ‘A Scarecrow’ tells the story of a young girl taken out of school to help her family earn a living.

Announcing the winner, Suman reminded us that “every child’s story is different, and yet all children have the same rights to grow up safe, secure, and healthy.” Khatri, who is also a schoolteacher, accurately depicts the cultural barriers that often prevent young girls from gaining an education.

"Through this festival, we set out to harness the power of great filmmaking to captivate, to inspire and to entertain, and, to make a space for dialogue between filmmakers and advocates”, said UNICEF’s Deputy Executive Director of Field Results and Innovation, Fayaz King, at the award ceremony. “These films demand us to take notice, to reflect, and to act.”

The jury selected A Scarecrow because of its rich visual symbolism and its crucial message to uphold the Convention on the Rights of the Child. Set in a Himalayan mountain community, the film tells the story of a young girl taken out of school to help her mother earn a living making scarecrows.

The Game: This short drama, made by a group of children in the slums of Nairobi, tells the story of determination and creativity to play the game they love. The jury commended the artistry of the young amateur filmmakers as well as its message: young people will not allow their circumstances to hinder them.

Best Film, Childhood in the Pandemic

Antara: This short documentary tells the story of lockdown through the eyes of a young girl living in a dense neighborhood in Bangladesh. They jury selected this film because of its ability to convey the young protagonist’s sense of entrapment.

Being Someone Else: This documentary follows a thirteen-year-old as she prepares for Comic Con and reflects on the impacts of her disability. The jury noted this intimate portrayal’s fresh perspective on understanding children with autism.

The Name of the Son: This short drama follows a 13-year-old trans boy on vacation with his father and younger sister, where the new closeness puts their relationship to the test. The jury praised the nuance, and sensitivity used to depict the raw relationship between father and son.

Island Living: Set against the backdrop of Iceland’s East Fjords, a young boy discovers friendship through the power of music. But when summer ends, he struggles to assert his individuality in a society that calls for conformity. Subtle shifts in emotional tone between scenes beautifully captures this friction.

Prashna: Seasonal sugar cane workers migrate from place to place for work, making schooling difficult for their son. Despite economic and caste realities, they find a path. This short drama is powerful in its simplicity and its message which affects millions of children around the world.

Iraq’s Lost Generation: In northeastern Syria, thousands of “children of ISIS” live with no schools, no services, and no rights. This documentary meets these children trying to find a future somewhere between resilience and revenge and shows the devastating impact of modern warfare on children.

The City Within: Providing a fresh take on disability, a visually impaired boy waiting for his Italian citizenship and a child trapped at home during lockdown introduce the viewer to their home city of Bologna.

All films from UIFF will be available to stream online for free until 29 October via MyMovies.it. Please note there may be some geo-blocking restrictions. 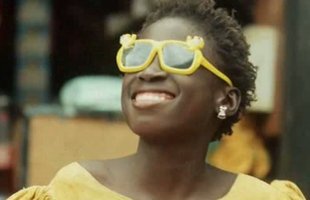 Eight Great Childhood Stories in Eight Decades: A celebration of UNICEF75 in film 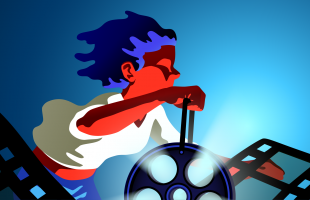 To take stock of the dynamic forces shaping childhood and promote deep reflection on the experiences of children in different contexts, we are proud to announce the second UNICEF Innocenti Film Festival (UIFF) will be held 21 – 24 October 2021.
Read the article
SUBSCRIBE TO OUR NEWSLETTER
X