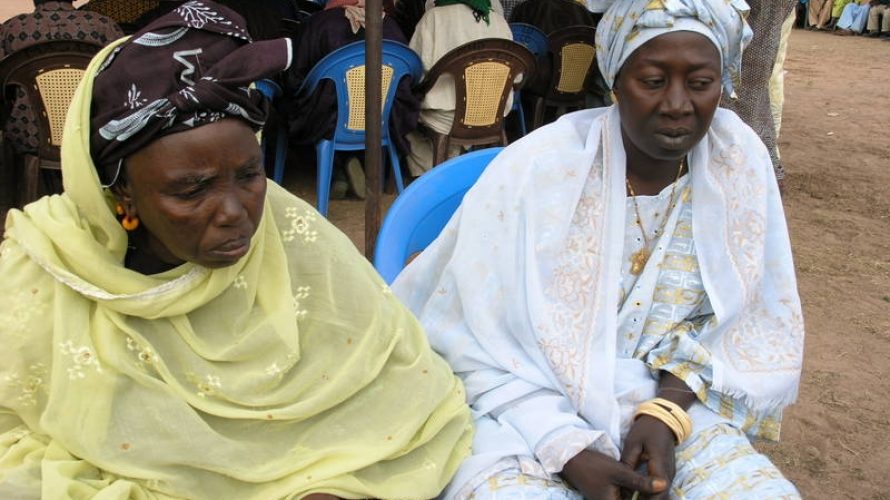 ©UNICEF /2004
Senegal: Ourey Sall (on the left) and her assistant, during a public declaration ceremony, UNICEF/2004
Over the past decade, significant progress has been made in understanding the factors that perpetuate female genital mutilation/cutting (FGM/C) and other harmful practices, as well as the processes that encourage their abandonment.