The impact of health care payments on families and children's wellbeing 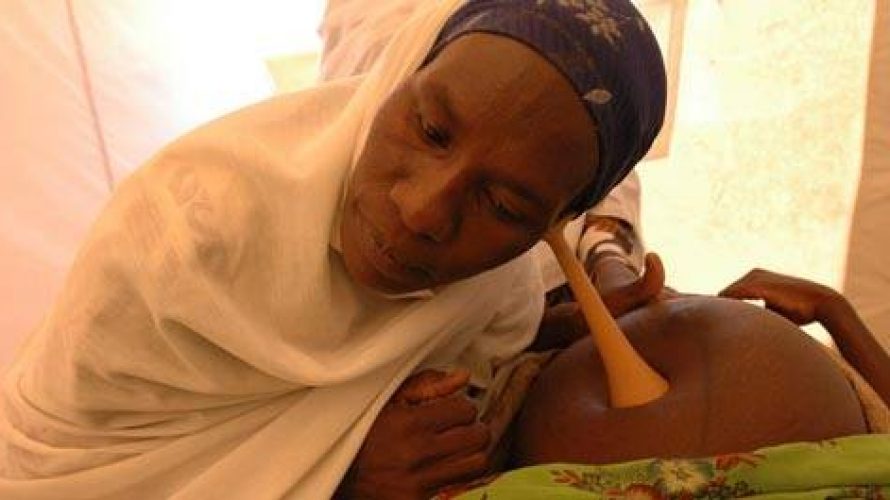 © UNICEF/SUDA01157/Shehzad Noorani
Sudan - A woman health performs antenatal check up of a pregnant woman, in a MSF health clinic supported by UNICEF. Dorti IDP camp on the outskirts of El Geneina, the capital of West Darfur.
The question of the impact of health care payments on families and in particular on the health and well being of children has until recently been an under researched area. It has also been looked at in what are rather crude terms. Fortunately this is now changing. Some path breaking new work in Africa is taking place by a young Nigerian health economist stationed at the University of Cape Town and some of his colleagues.

Some background:
In 1987 the World Bank argued for health care payments as a mechanism for financing health care (World Bank 1987). This led to quite considerable debate about the equity implications of this and a concern for the wellbeing of poor families, especially children, faced with ill health and the need to find the money to pay what have often been quite substantial amounts of money to use health care. In turn this has provoked a literature on what are called 'catastrophic health-care payments'.

Inevitably, while in principle one can immediately understand the idea of such payments being catastrophic, the question then arises as to what 'threshold'constitutes catastrophe - by no means an easy task.

Until recently such a threshold has been taken as some fixed proportion of household resources. The idea seems to have started in the US in the 1970s and 1980s with families being eligible for health insurance benefits when they spent more than 10% of their annual income on health care (Pediatrics 1987). A refinement of this was to relate the threshold to household non-food expenditure (with Wagstaff and van Doorslaer 2003) opting for a threshold of 40%.

What Ataguba has latched on to is to argue two things. First the percentage adopted as a threshold is somewhat arbitrary, and second a fixed threshold takes no account of the diminishing marginal utility of income. Or, more simply, say 20% of a low income is more catastrophic than 20% of a high income.

Thus Su et al (2006: 21) stated: 'even relatively small expenditures on health can be financially disastrous for poor households. This is because almost all their available resources are used for basic needs and they are less able to cope with even very low health expenditures compared to richer households'.

Ataguba distinguishes in his work between horizontal equity (the equal treatment of equals) and vertical equity (the unequal but equitable treatment of unequals). This, together with some parallels he draws with progressivity in taxation, neatly gets him into looking at what he calls 'hurt'and a recognition that a fixed percentage of income is not a very good way of assessing the burden or hurt that a family feels in paying health care fees.

The details of one way of addressing the burden or hurt across different income groups is spelt out in Ataguba (2011). The details can be followed up there. It does however require a move away from a rather mechanistic approach of the past to what Ataguba describes as a weighting system based on ethical weights.

He exemplifies his approach in a Nigerian case study.

And he writes: 'there is no “correct” nor universally agreed way to decide on how progressive progressivity should be. In the event, this will depend on how compassionate each society is with respect to its concern for the poor.'

There is something rather pleasing to read of an economist arguing for bringing degrees of compassion into play. At the same time it is disturbing that that has been missing in analyses of catastrophic payments to date. It is inevitably the health of children which is most at risk when catastrophes hit families by way of first ill-health and second having to find the money to pay for health care. Clearly governments, donors and international agencies must be cognisant of the need to target resources to address such catastrophes. Efforts to date have been hampered by lack of adequate research in defining catastrophe in this context. The work by Ataguba reported here points the way to helping to target the overcoming of such catastrophes better.

Pediatrics (1987) Healthcare financing for the child with catastrophic costs. Journal of the American Society of Pediatrics 80 5 752-757.

Wagstaff A and van Doorslaer E (2003) Catastrophe and impoverishment in paying for healthcare: with applications to Vietnam 1993-98. Health Economics 12 11 921-933. World Bank (1987). Financing health services in developing countries: An agenda for reform. Washington DC.