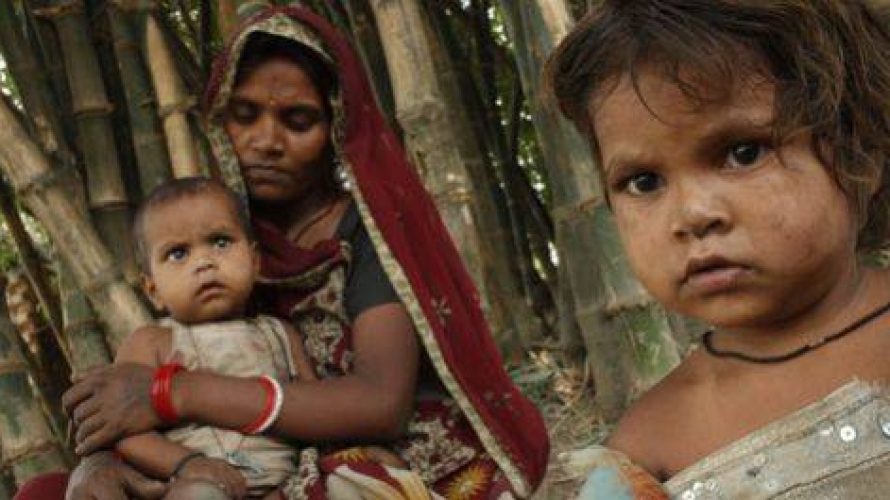 Iron is an essential nutrient required for infant growth and development and is also a potent pro-oxidant. The storage pool of iron is considerably mobile, and reserves can quickly become depleted when dietary iron is inadequate or when there is reduced absorption and increased utilization during growth and increased loss due to parasitic infections such as malaria and soil-transmitted helminthic infestations (4). Iron deficiency anemia during childhood results in impaired physical and mental development and work performance and is also associated with reduced appetite and a poor immune system all of which consequently have negative impacts on social and economic development (5).

An array of interventions exists to ameliorate this deficiency including promotion of dietary diversification, supplementation, mass fortification, micronutrient powders and treatment of underlying causes including malabsorption and worm infestation. Iron supplementation is one of the effective ways to prevent and treat iron deficiency however; there are differences in opinion regarding its frequency and dosage. Routine iron supplementation is sometimes also advised to prevent iron deficiency during infancy, even in populations with a relatively low prevalence of iron deficiency anemia. Fortification of infant formulas and consumption of fortified and iron rich products by lactating women and young infants have also been associated with reduced prevalence in the developed countries, but the overall picture is less convincing because of poverty, illiteracy and poor health care systems (6). Another emerging intervention is the removal of phytic acid from maize and beans which increases the bioavailability of the micronutrient (7).

There is a complex interplay between malaria and iron metabolism, as iron supplementation increases individual’s susceptibility to malaria in vulnerable areas where malaria surveillance is not sufficient. (22) While on the other hand, malaria infections cause anemia and reduce iron absorption. Data from Tanzania also indicates that malaria contributes to 60% of all cases of severe anemia in infants, whereas iron deficiency contributes to only 30% (23). A trial of iron and folic acid supplementation in preschool children in Zanzibar, a malaria endemic area, was stopped prematurely as it resulted in a significant increased risk of severe illness, hospitalization and death among children who were not iron deficient (24). These findings compelled the World Health Organization (WHO) to revise its recommendations on iron supplementation for young children from universal to target towards children who are iron-deficient in malaria-endemic areas. A Cochrane review on oral iron supplements for children in malaria-endemic areas was published which concluded that iron alone or with antimalarial treatment did not increase the risk of clinical malaria (RR: 0.99, 95% CI: 0.90-1.09) or death (RD: +1.93 per 1000 children (95% CI -1.78-5.64)) when regular malaria surveillance and treatment services are provided (25). It further suggested that iron with antimalarial treatment significantly reduced malaria incidence. It also suggested that there is no need to screen for anemia prior to supplementation. But controversies exist regarding the review findings that it has further clouded the original issue rather than bringing any clarity to it, as the review suggests that iron supplementation is safe when regular malaria surveillance and treatment services are provided. This may well be true, but it drifted from the real issue of iron and malaria interactions under certain common real world conditions and that the conclusion was based on the incidence of malaria rather than its severity, which could have been more meaningful. Issues were also cited regarding studies being included from non-malaria endemic areas (26).

These research findings and the revised guidelines have irked debate and uncertainty among the clinicians, academicians and policy makers, and hence stalled the progress on this potential beneficial intervention and resulted in years of inaction. A number of initiatives including research on the mechanism of the negative effects have so far been futile. This has left millions of children at risk of impaired nutritional, cognitive, development and other negative consequences of iron deficiency. One option is prior screening for underlying deficiency before supplementation but this has its own strings attached including logistical difficulties, costs and possible technical errors (27).

The dilemma that still holds ground is the consensus on the strategy to move forward that not only prevents iron deficiency and its consequences in young children, but also minimizes the risks to malaria endemic populations. While new research findings continue to increase our understanding, there are ways which can, in the interim, move us forward with the existing knowledge. Two complementary strategies proposed by Stoltzfus et al are to shift interventions from supplements to lower-dose, food-based interventions and to coordinate iron interventions with malaria control efforts (28). Iron supplementation could be given in combination with key malaria interventions, including indoor residual spraying, insecticide treated bed nets, prophylactic treatment, or education and community awareness about malaria prevention and treatment. Food fortification is also a feasible option as it has the potential to reach larger sections of the society, are cost effective and compliance is not dependent at the individual level (29). While fortification could be a viable strategy, good-quality field trials are required to unequivocally demonstrate and quantify the actual impacts of food fortification and to determine any untoward effects associated with this strategy.

Despite gaps in the existing knowledge on the risks and benefits of iron supplementation in children especially in malaria-endemic areas, various research communities and relevant stakeholders together with policy makers should work together with the single and foremost goal of reaching a consensus on the best possible approach. It is understandable that this won’t be easy and would take time to conform to the existing realities of the scientific and research gaps, but at the same time we should not underestimate the loss that is occurring in this interim period, and should propose a strategy which is effective, widely agreed upon and is functional until the real picture unfolds.