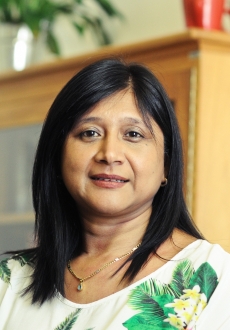 RW commentary author
"We owe our children - the most vulnerable citizens in any society - a life free from violence and fear." Nelson Mandela (in Krug 2002)1

South Africa faces unprecedented levels of violence against children. This violates the right of a child to be free from violence under the UN Convention on the Rights of the Child (UNCRC) as well as our constitution. The lack of national data on the magnitude of the problem and a limited research base on the causes and effects (health and psychosocial) of violence on children in South Africa limits our ability to use evidence-led strategies for prevention. Yet, the question remains how violence and its consequences can be prevented for large numbers of children in South Africa.

Preventing or reducing the impact of violence against children is complex and further compounded by the fragmented research base. What is clear is that the endemic proportions of violence pose grave long-term problems for social and developmental integration. The first national study on child homicides found that three children a day are murdered in South Africa, with just under half of children (45%) killed in the context of fatal child abuse (Mathews et al in press).2

Nearly universal rates of physical punishment, including severe punishment, were reported by 89% of girls and 94% of boys in the Eastern Cape province, and emotional abuse and neglect were experienced by more than 50% of girls and boys (Jewkes et al 2010).3 More than a third (39%) of girls experienced sexual assault, including unwanted touching, forced sex or being exploited into sex by much older men before the age of 18 (Jewkes et al 2010).3

Despite the limited data in South Africa, there is consensus that high levels of poverty and inequality are key drivers of violence (Gawryszewski et al 2006).4 A study with men in two provinces has shown that delinquency in adolescence and gang membership increase the risk for rape perpetration, and that 25% of rape could have been prevented if men were gainfully employed or not left just hanging out (Jewkes 2012).5 Poverty also increases adolescent involvement in risk-taking delinquency such as crime and violent peer group involvement such as gangs. Boys’ exposure to adverse childhood experiences, in the form of neglect, physical and sexual abuse, and harsh parenting are important factor in pathways to violent masculinities (Mathews, Jewkes and Abrahams 2011).6 Girl children exposed to emotional, physical or sexual abuse are at increased risk for HIV, depression, suicide and substance abuse and re-victimisation in adulthood (Vetten et al 2008, Dunkle et al 2004).7,8

Fragmentation of families as a result of the migrant labour system has resulted in large numbers of children (39%) being raised in female-headed households (Hall 2012) 9 and fathers not meaningfully involved in child-rearing because child care is considered women’s domain (Morrell and Richter 2006).10 In addition, the HIV pandemic has had a devastating impact on families leaving large numbers of children orphaned, increasing their vulnerability to abuse and neglect (Nduna & Jewkes 2012).11 Widespread abuse of alcohol and drugs also impact on parents’ ability to be available and care for the child (Vetten 2008).7 Furthermore, social norms support the use of violence against children in the home under the guise of discipline, with corporal punishment in the home protected by the law via a parent’s common law right. This powerlessness of children, combined with an emphasised gender hierarchy, fuels the high levels of sexual violence; thus 40% of victims who report rape are under the age of 18 (SAPS 2012).12

Despite having ratified the UNCRC and a very progressive Bill of Rights, South Africa as a nation is clearly failing to keep its children safe. The state was forced to action after local and international media reported the brutal rape and murder of a teenage girl in 2013. An inter-ministerial committee has been established to tackle gender-based violence by developing an integrated programme of action to address this onslaught against women and children. This initiative is laudable, but for it to be successful the action plan has to be evidence-based to shift this complex and pervasive problem. Understanding of which prevention interventions work within the South African context is still limited. It is therefore critical that we develop a research agenda to start answering the critical gaps in our evidence base.

Using a developmental ecological approach to prevention, we have to start by addressing what has been identified as risk factors or causes of violence at the different levels. However, for prevention strategies to make a difference we have to introduce multipronged approaches that are supported and funded by government. It is critical that we invest in what has shown to be promising approaches. A gap in knowledge exists on interventions that have proven to make a difference in our setting. Interventions should be evaluated for their efficacy and cost effectiveness before being rolled out. The Children’s Act of 2005 provides a framework for early intervention and prevention interventions with respect to child protection, yet there has been no investment in generating evidence on what interventions have an impact in practice.

We have to start looking at innovative approaches to prevention by exploring what is working in similar settings in order to start to shift the pattern of violence. Evidence from other settings has shown that parenting interventions are making a difference; this has to be evaluated and taken to scale in South Africa.13 We also have to draw on other disciplines such as mental health - for example, a trial on mother and child attachment with depressed mothers has shown promising outcomes. For us to shift the pattern of violence we have to work across disciplines and look at similar settings to create innovative partnerships and make the vision of a society free of violence a reality.

6. Mathews S, Jewkes R, Abrahams N. (2011). "I had a hard life": Exploring childhood adversity in the shaping of masculinities among men who killed an intimate partner in South Africa. British Journal of Criminology. 2011. 51(4).

13. Knerr W, Gardner F, Cluver L. (2011). Parenting and the Prevention of Child Maltreatment in Low- and Middle-Income Countries: A systematic review of interventions and a discussion of prevention of the risks of future violent behaviour among boys. Pretoria: Sexual Violence Research Initiative.