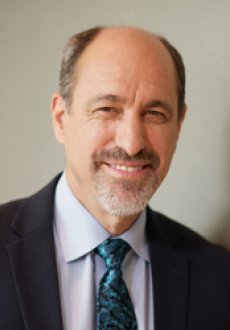 While it is widely recognized that different types of violence are related to one another in important ways, we persist, the world over, in addressing violence as if this were not the case, as if each type of violence were its own particular problem. There are those who try to break down the silos between different realms of violence, but these efforts are, by and large, the exceptions rather than the rule. Nowhere is this discrepancy between what we know and what we do more apparent than in relation to the prevention of violence against children and violence against women.

Violence against children and violence against women are linked in numerous ways. Let’s explore these interconnections and then discuss the implications.

Violence against children and violence against women often co-occur. It should come as no surprise that children in families in which intimate partner violence occurs are at greater risk of also experiencing maltreatment.4,5 Many children, therefore, face double jeopardy in terms of the influence of these pernicious behaviors on their development.

Violence against women begins in childhood. The sexual and physical violence that plagues many women as adults is also very prevalent among female children, particularly adolescents. In surveys that examine women’s experiences during the reproductive period (typically ages 15 to 49) the annual prevalence of physical and sexual violence by intimate partners generally decreases with age with the highest rates being experienced by those 15 to 19 years of age.3, 6 This suggests a greater vulnerability to violence among younger females who are either still children, according to international definitions, or who have just emerged from childhood. In violence against children surveys in Kenya, Swaziland and Tanzania a quarter to a third of females experienced sexual violence as a child, primarily at the hands of dating partners or men or boys from their neighborhoods.7-9 These and other surveys in low and middle income countries also suggest that physical violence is even more common, with from six to eight out of ten girls and boys experiencing such violence at the hands of parents, other caregivers, and teachers.8-10 Female children the world over begin experiencing sexual and physical violence at the hands of boys and men they know well before they become adults. These experiences have damaging impacts on their mental and physical health as well as their likelihood of continuing to experience violence into adulthood.11

The causes of violence against women are established in childhood. Longitudinal studies have found that the development of intimate partner violence perpetration is linked to individual, family, and peer factors that often emerge or are experienced in childhood.1, 12, 13 This goes beyond the exposure to violence in childhood mentioned above and includes, for example, the beliefs and attitudes that contribute to both the perpetration of violence against women and toleration of it. In a survey of violence against children conducted in Kenya in 2010 it was found that over half of 13 to 17 year old males and females believed it was acceptable for a husband to beat his wife under one or more circumstances.9 These types of beliefs are influenced by the social norms around what it means to be a man and a women in a society. Children are exposed to these social norms from their earliest interactions with their parents, other key people in their social environments, as well as social and cultural institutions (e.g., government, schools, faith-based organizations, media).

Implications. The scientific evidence strongly indicates that violence against children, both girls and boys, and violence against women are inextricably related. Ultimately the prevention of each of these two interrelated aspects of violence hinges, in substantial ways, on the prevention of the other. The evidence compels us to consider how to better integrate our approaches to responding to these two issues.

There are several general strategies that should be considered. First, services designed to mitigate the impact that witnessing or directly experiencing violence has on children’s mental health can be made more widely available and integrated into expanded clinic- and community-based health platforms. Trauma-focused cognitive behavioral therapy for children and youth is an example of an evidence-based intervention that is effective for addressing affective, behavioral, cognitive and interpersonal regulation difficulties in children who experience continuing trauma such as family or community violence and war.14 These types of responsive interventions may reduce the likelihood that children who experience violence grow up to perpetrate it or become adult victims. Second, the identification of a child or adult female victim can be used to generate a multi-faceted response by systems of care. If a woman is receiving care and support for intimate partner violence, the service provider can inquire about her children and engage appropriate services for them.

Likewise, if a child is receiving services in response to violence victimization, their mother can be engaged, screened and provided with services when appropriate. Third, strategies for preventing violence against children and women can be delivered together, whenever possible. Results from the first trial of a nurse home visitation program showed that, in visited households where the mother reported moderate to severe levels of intimate partner violence, the otherwise beneficial effect on reducing child maltreatment was not found.15

Integrating programming addressing intimate partner violence into home visitation and other types of parenting programs, designed primarily to prevent child maltreatment, may provide another avenue for addressing violence against women and, at the same time, enhance the prevention of violence against children.16 Finally, given the key role that social norms around gender play in the etiology of both violence against children and women, another important strategic direction that links these two issues would be efforts to change these norms to ones that are more equitable and pro-social. Programs that engage men and boys, as leaders and agents of change within their communities, are rapidly emerging as one potential avenue to addressing these norms.17