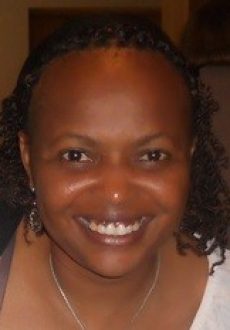 Rw commentary author
"The mobile revolution is m-powering people in developing countries by delivering ICT applications in education, health, government, banking, environment and business. Let us all celebrate this mobile miracle that I have no doubt will hasten our pace towards sustainable development." Brahima Sanou, Director of the ITU Telecommunication Development Bureau.

According to the latest ITU statistics (ITU, 2013)1, the global mobile phone penetration is fast approaching 100% saturation globally, with developing countries accounting for 89% and developed countries topping the numbers at 128%. Of the total 96% current penetration, Africa accounts for 63% of the subscriptions. On the other hand, internet access is at 40% of the global population, with only 16% of the African population accessing internet. In contrast, most surprisingly, the report shows that between 2009 and 2012, Africa registered the fastest growth in internet access with an annual growth of 27%. This is spurred by the rapidly reducing cost of both fixed broad band as well as mobile broadband internet services, in spite of the fact that Africa is paying more for internet connectivity than any other population segment globally. What does this opportunity portend for development in Africa, especially in the context of the rights of vulnerable groups such as children?

This paper examines application of technology by child helplines as a tool monitoring trends, early warning and information gathering on the state of abuse, neglect and acts of violence against children. Helplines have proved to be credible tools through which concise data can be systematically collected and analyzed in order to inform child protection policy and action at country and global levels. I make reference to two low-cost, high-impact studies by Child Helpline International through three of its network members and a child sexual abuse study that was carried out in 2011 through the 24-hour national child helpline in Kenya. These studies are important in three ways: the uniqueness of the methodology; demonstration of the scale and costs of doing research in a resource challenged environment; and applicability of the results by policy makers and child protection actors in the country, especially current and future advocacy efforts on child sexual abuse management and prevention.

That child abuse, violence, exploitation and neglect are still prevalent in all parts of the world today, over 20 years after almost global ratification of the United Nations Convention on the Rights of Children (UNCRC) testifies to a global failure to find lasting solutions to abuse and violence against children. The United Nations Secretary-General's Study on Violence against Children [UN, 20062] summed up the complexity of the problem as cross cultural, universal, cutting across boundaries, race, religions and socio-economic groups, and occurring in many settings including homes, schools, the community and institutions of care. To effectively deal with the problem therefore, it needs to be well understood within the context where it occurs, meaning that accurate and correct data must be collected and systematically analyzed.

In fact, it was for that reason a global study on this subject became necessary and urgent and has finally revealed the global magnitude of violence against children. However, to undertake this study required enormous amounts of resources, financial investment, human expertise in research and child protection, as well as an extensive and formidable network of partnerships, over a period of 3 years (2003-2006). Since then, individual governments have undertaken further national and regional studies to understand and deal with violence in their countries.

Given the importance of the subject the investment may be justified, but I do not believe it is the most efficient and cost effective way of collecting credible data that allows for ideal planning and programming. There is a need to find alternative ways of obtaining data in a more timely fashion, and making use of the most robust and technologically advanced methods that reflect the fast-paced and dynamic global growth in ICT.

This is where child helplines come in. The central place of the helplines in the national child protection system is undeniable, and is becoming quite popular with young people. As an entry point, it offers anonymity, allows them to discuss otherwise difficult and intrusive matters, and most of all, at their pace and time. Child helplines listen and talk to children who contact them via phone calls, web-based chats, short message texting (SMS), email, social media, community outreach, postal services, or during caravans/road shows, radio and television talk shows among other means of communication. Combined, the network of over 190 child helplines in about 150 countries offers a more direct glimpse into the real life childhood experiences of over 12 million children annually, while at the same time gathering a vast amount of useful information (CHI-2011)3.

Over time helplines have become a repository for the most credible data sources on child abuse and neglect. Helplines could use this data to build empirical evidence and influence policies and programmes that would see a significant reduction in incidences of child sexual abuse. Data could significantly impact quality of service delivery, better treatment and management methods, child friendly juvenile justice procedures, as well as in resource planning and management. They can also positively impact on research designs on child protection with great efficiency and effectiveness while making significant contribution to the body of knowledge on child maltreatment in general and specific terms depending on the research priorities of each country. For Africa, where mobile phone penetration has seen exponential growth, this is a good development that can be harnessed to resolve the problem of the paucity of research studies in Africa, because of its affordability, as well as minimal personnel and technical capacity requirements in comparison to traditional methods of national surveys.

The success of the child helplines attributed to the fact that mobile phones have become very affordable, with the cheapest costing around US $ 12 in Kenya. As internet services become more widely accessible and affordable, ICT will play a bigger role in Africa, and children should not be left behind. The war on violence against children can be won much more quickly if as many people as possible are aware of matters related to child protection as well as the services offered by child helplines.

An Example of Research Work from the Child Helpline Data

Childline Kenya conducted and published a study on Child Sexual Abuse in 2012. The research project consisted of three elements:

Although not representative of the population, the helpline research findings are strikingly similar to and seem to confirm population based studies on child protection, especially the first major national survey on Violence against Children in Kenya that was conducted by the Government of Kenya and UNICEF in 2011. Findings point to the conclusion that child sexual abuse is a significant problem in Kenya, which affects a large number of children; with children aged between 11 and 15 being most vulnerable to sexual abuse, while the sexual abuse vulnerability gap between boys and girls was shown to be rapidly diminishing in both studies, representing just two examples where results compared well.

A second study was carried out by Child Helpline International (CHI) together with Plan International UK office in 20114. This study involved the collection of data in four helplines in Egypt, Paraguay, Sweden and Zimbabwe, all of which have national coverage. Counsellors were trained and issued special questionnaires to collect data on children’s experiences in school. The outcome showed violence in schools was pervasive in all four countries. This research greatly informed the Plan International "Learn without Fear Global Campaign".

Working with academic institutions, helplines could use these experiences to further develop robust methodologies and tools for collecting and analyzing data to inform child protection policies and programming. It would also bridge country specific data gaps without incurring too many expenses, and yet achieve as much impact as one could expect in full-scale national surveys which are expensive, and take years to design and implement.