The Missing ‘C’: Sexual Violence against Children in sub-Saharan Africa 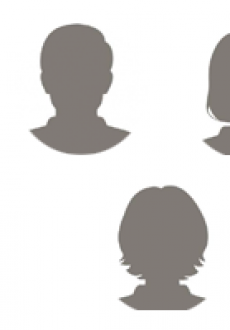 Recently published estimates1 that 35 per cent of women worldwide have experienced either physical and/or sexual intimate partner violence or non-partner sexual violence, often with severe if not fatal consequences, have highlighted the tremendous impact such violence plays in the lives of many women.

With heightened attention to the issue, violence against women - ‘VAW’ - has become a commonly-used and easily-recognizable acronym. However, the acronym often is simply ‘VAW’ - with a ‘C’ (for ‘children’ aged under 14) sometimes appended, but often missing. The missing ‘C’ is telling: it reflects the reality that in developing countries many programmes for preventing and responding to violence, and particularly sexual violence, are designed and implemented to address violence against adult women, and sometimes adolescent girls, and are woefully unprepared to address sexual violence against children. And for good reason, as in several important ways children are different, requiring different policy and programmatic initiatives, but their needs are no less pressing than those of adults and adolescents.

Why is sexual violence against children different from adults and adolescents?

Although for most children pregnancy is not likely, children are at risk of sexually-transmitted infections, including HIV, and may even be at greater physiological risk and likely to suffer more serious physical trauma. The psychological traumas experienced by children are different, as the vast majority of children are abused by people in authority positions, whom they know and trust (family members or caregivers). Moreover, boys may be equally at risk as girls and are likely to suffer similar physical, psychological and social traumas. Additionally, children’s ability (both sexes) to respond to sexual violence is often different, as they are usually less aware of, or unable to seek, services or support for themselves. Their communication skills and the nature of assault may be barriers to disclosure. And children exposed to violence may commit violence themselves or be assaulted again as adults.

Given these important differences, why don’t we know - and do - more to prevent and respond to sexual violence against children in developing countries?

We do know that, in most countries of East and Southern Africa2, health facilities and police stations often see more children than adults seeking justice and medical services through the efforts of their parents/guardians3. In Zambia, 49 per cent of survivors reporting sexual violence to the police were under the age of 14, while in Gender-Based Violence Recovery Centres (GBVRCs) in Kenya and South Africa, the proportions were 67 per cent and 31 per cent, respectively4. Children under age 11 made up 37 per cent of reported cases to GBVRCs in Ethiopia5. Moreover, 46 per cent of male survivors that sought services at a provincial hospital in Kenya between 2007 and 2009 were below the age of ten6. Recent, large-scale surveys in the region support these findings; for example, 1 in 3 girls and 1 in 5 boys reported experiencing some form of sexual violence prior to the age of 187.

There are good (if sparing) examples of initiatives that serve the needs of children in the region, such as the post-rape and HIV counselling and post-exposure prophylaxis (PEP) services for children by Liverpool VCT, Care and Treatment in Kenya8, and in-school activities to empower girls with skills and information to report violence and access support by the Swaziland Action Group Against Abuse in Swaziland9. In South Africa, the Population Council has supported the dissemination of a step-by-step guide for providers for the management of sexually abused children and the development of job aides to simplify decision making and drug dosages. The collection and use of facility based data to document services received by children has also been successful in highlighting gaps in the provision of care for children to policy makers and program managers10.

Despite these important initiatives, there are many gaps in our knowledge and far too few best practices for preventing and responding to sexual violence against children in sub-Saharan Africa. The reasons for this are varied. Despite available guidance for conducting ethical research with children11 and on sexual violence12, undertaking research about children’s experiences with violence is doubly sensitive13, and many ethical review boards in Africa are uncertain about how such research should be done. Legal reporting requirements in some countries can make researchers reluctant to undertake research. Consequently, few studies are implemented and those that are rarely incorporate children’s voices and perspectives, or document and evaluate child response services.

Pragmatism is pre-eminent when providing services: children are often treated without the availability of evidence-based protocols to guide providers. The severe lack of appropriately-trained providers in all relevant sectors (medical, counselling, criminal justice), reinforces the paucity of quality care available to sexually violated children throughout sub-Saharan Africa. Services that meet the specific needs of child survivors have to be systematically embedded as multi-sectoral responses to sexual violence are rolled out in the region.

Some key steps for moving forward

Research: Ethical review boards must develop their capacity to support research on violence against children; holding back research in this area, because of ethical uncertainty, restrains the development and testing of innovative and appropriate services for children. Guiding resources are available14 and so investment in capacity-building should be prioritized if the much needed evidence is to be generated by researchers. On-going and innovative strategies for child survivors can then benefit from rigorous evaluations to determine their acceptability, feasibility, effectiveness, sustainability, and cost-effectiveness. Routine data on child sexual assault must also be collected at health facilities and other service delivery points to highlight gaps and help guide programs.

Response: Rapidly rolling out provider training across many cadres of health staff, social workers, and police is critical15 if child survivors are to be managed and supported appropriately and effectively. Firstly, however, national training guidelines for in- and pre-service training that align with existing policies and global best practices must be developed as these are lacking in most countries. Donor and national investments in establishing and maintaining multi-sectoral responses must build and integrate systems specifically addressing child survivors.

A number of promising approaches to reduce sexual violence against children are being tested, but many more are needed. The Sexual Violence Research Initiative, for example, is testing parenting interventions to strengthen parenting skills as a way of reducing children’s risk to sexual violence, and in-school GBV prevention interventions to address traditional values of masculinity that support violence against girls16. The Population Council is testing interventions that build social and economic assets of girls to empower them to resist and avoid potentially violent situations in Kenya and Uganda17. The Thohoyandou Victim Empowerment Programme in South Africa employs an innovative community-based model to foster a zero-tolerance environment for violence against children (and adults) within communities18. Recent publications by the STRIVE initiative and the Population Council19 also summarize evidence from effective prevention programs.

The importance of appropriate research, response, and prevention initiatives for children in the region means that more investment must be made in addressing these proposed steps for moving forward.

1. WHO. 2013. Global and regional estimates of violence against women: prevalence and health effects of intimate partner violence and non-partner sexual violence.

2. Apart from the reference to the large-scale surveys, the data cited in this paragraph were generated by the Population Council-led Africa Regional Sexual and Gender-Based Violence Network. (http://www.svri.org/popcouncil.htm)

6. Population Council, SIDA, ICRH. 2010. Report on Conference Proceedings of the Sexual and Gender-Based Violence: First Annual Coast Policy Conference, 2009. Data were from a sample of 980 clients seen between August 2007 and May 2009.

13. CP MERG. 2012. Ethical principles, dilemmas and risks in collecting data on violence against children: A review of available literature, Statistics and Monitoring Section/Division of Policy and Strategy, UNICEF, New York.

14. See, for example, CP MERG. 2012. Ethical principles, dilemmas and risks in collecting data on violence against children: A review of available literature, Statistics and Monitoring Section/Division of Policy and Strategy, UNICEF, New York.