Adolescents with HIV speak out against stigma and discrimination 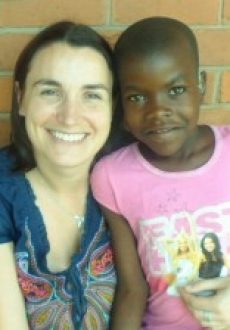 RW commentary author
The interface of HIV/AIDS and violence is tremendous and recognition of this is growing daily. Links between violence and HIV have also emerged from the region of southern Africa including that violence and threats of violence may inhibit the ability to negotiate safe sex behaviours throughout life, and that sexual violence experienced as a child may lead to reduced self-esteem and to increased risk?taking behaviours later in life. For children who have been diagnosed with HIV/AIDS the stigma, discrimination and abuse that may happen is often silent but deep. Our work in Zimbabwe demonstrates how important it is to acknowledge these intersections.

"Imagine how it feels to be treated as if you don’t exist. To be there in body, but the people all around you are pretending as if you are not there". Ruth is 17 years old and she was born with HIV. Fortunately she has never been the victim of physical or sexual abuse but her life has been plagued by another form of abuse which is much less understood, recognized or addressed. She describes her childhood as a time when "I had so many questions and so many things to say. HIV may have stunted my growth but this small body of mine has seen so much. The people around me wanted nothing to do with me so I did what all my friends with HIV do - we withdraw from the world around us and hope that one day, this will all go away. But there is little hope of that - there is no cure for what I have. I am now alive because I have ARVS (antiretrovirals), but inside I feel like I am dying because of the way people think, feel and behave towards those of us living with HIV".

Increasing access to ARV therapy has transformed the prognosis for children and adolescents living with HIV and they are now growing up in to adulthood, getting married and, thanks to ARVs, having HIV negative children of their own. But their childhoods are plagued by stigma and discrimination at home, in the classroom, in church, at the clinic and on the roadside.

Loyce, 21 years, reflects "my uncle used to stand outside the house in a drunken state, shouting ‘you are HIV positive, you have problems’. I was not allowed to touch their things - brooms, dishes, or the tins they used to pour water for fear of contamination. My HIV status was continually thrown in my face and in the end I believed I had no place on this earth, no reason to be alive and I seriously contemplated killing myself. I had no reason to believe I was worth anything. I had lost all my confidence, I was empty".

Although there has been a tremendous advance in people’s understanding and awareness of HIV and the call for "zero stigma and discrimination" is being hailed globally, it continues to impact on the lives of children at many different levels.

In the classroom, children are often subjected to isolation, name calling and bullying due to the disfiguring skin conditions, stunting and pubertal delay which leads others to make assumptions about the child’s HIV status. Children are required to miss school to attend clinic visits and to collect their ARV drugs yet such absenteeism again leads to questions about their condition. Nigel, 14 years old, had listened to his nurse when she said he must not miss his clinic appointments as he would get sick. In an attempt to do as he was told, he missed school, only to be beaten by his teacher the next day due to his absenteeism. Whilst this is an extreme example, it illustrates some of the dilemmas which children face.

Increasing awareness and support in churches is greatly assisting some children. However, in many churches, leaders continue to describe the ‘promiscuity of people with HIV’ and that people with HIV have been ‘infected by the devil’. A pastor in one church confessed "as soon as we hear that someone is HIV positive, it is shared throughout the entire congregation. Life then becomes impossible for that person due to the way people judge him or her". Furthermore, the practice of faith healing in various churches has led some children to stop their ARV treatment as they pray for healing from HIV, resulting in a greater likelihood of AIDS-related death.

In 2010, we conducted a study amongst adolescents living with HIV in Harare in which we found that psychosocial well-being in this group was poor (median score on Shona Symptom Questionnaire [SSQ] 9/14). Sixty three per cent (63%) of adolescents were at risk of depression with 23 per cent reporting suicidal ideation within the last week. Median SSQ score was higher amongst those with poor adherence. Qualitative findings suggested that challenges faced by HIV positive children include verbal abuse, stigma and discrimination in their homes and communities.

As suggested in the above study, stigma and discrimination not only impact on children’s psychological well-being and mental health but also on their adherence to ARVs. The success of antiretroviral therapy is reliant on the optimal suppression of the HIV virus through strict adherence to the drug regimen. Yet children go to considerable lengths to conceal their ARV drugs from family members, neighbours and fellow classmates, so that their HIV status is not revealed. This commonly results in drug doses being missed or taken late. Whilst they are fully aware that poor adherence will result in treatment failure and the deterioration of their own health, these children are driven by fear of the way others will treat them if their HIV status is revealed.

As children with HIV continue to benefit from increased access to ARVs, there is an urgent need to create safer, more supportive environments for them so that they do not just live longer but that they may enjoy happy, fulfilled childhoods in which they feel protected, valued and loved. The Government of Zimbabwe’s National Action Plan for OVC has prioritized the need for keeping children confident and safe. Africaid is a local community-based organization in Zimbabwe and has been mandated by the Ministry of Labour and Social Services to scale up services to assist children to become confident and safe, with a particular emphasis on being safe from stigma. Through its Zvandiri Programme, HIV positive adolescents are trained and mentored to deliver a range of counseling, training and advocacy activities which seek to reduce stigma towards children with HIV and to help children to develop the confidence and skills to cope with stigma.

At community level, Zvandiri adolescents are providing training for caregivers, teachers, church leaders and other community based organisations in the need for stigma-free environments for children. They are also counselling their peers, providing them with the support and life skills required to cope with stigma so that it does not negatively impact on their lives. The Zvandiri national advocacy team comprising 40 HIV positive adolescents has developed and disseminated its own school based anti-stigma campaign known as "Bury Stigma Resurrect Love".

Tinashe, 14 years, describes "my peers guessed that I was HIV positive. I had opted to be out of school to be free from the torture I got from my peers at school due to the skin rashes I had. So I stopped going, although I wanted an education so much. After Zvandiri brought their Bury Stigma, Resurrect Love campaign to my former school, my former classmates who were pioneering stigma against me came to our house to apologise. My guardian was thrilled by this gesture and I went back to school. I am so happy ever since the time I went back to school as I feel loved and safe within the school environment. I am now confident to challenge those who stigmatise others".

As the global community celebrates tremendous advances in HIV prevention, treatment and care, we need to continue our focus on reducing stigma and discrimination. We need to listen and acknowledge the experiences of children and how stigma impacts on their lives. We then need to celebrate the courage and determination of HIV positive young people such as those in Zvandiri who choose to bravely speak out about their experiences because they are the fearless youth, shaping the way society understands and responds to HIV.