30.6 million new internal displacements in 2017, children are among the most vulnerable 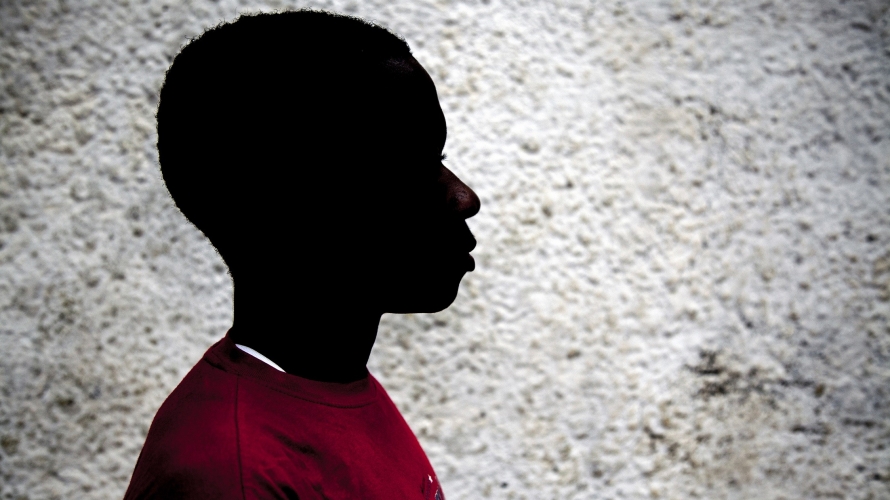 A former child soldier who joined a militia group in Kasai, Democratic Republic of Congo, stands in profile. Thousands of children were recruited into militia groups when the fighting broke out in 2016.

This week, the Internal Displacement Monitoring Centre (IDMC) launched its 2018 Global Report on Internal Displacement (GRID 2018), which presents data and analysis on the patterns and trends of internal displacement worldwide. The main findings of this report show that despite twenty years of global and national policy effort, since the publication of the UN Guiding Principles on Internal Displacement in 1998, the pace of displacement is still outstripping efforts to address it. The most important difference between a refugee and an internally displaced person (IDP) is that instead of crossing international boundaries IDPs are exiled within their own State of origin. Due to this unique context, not only is there limited legal protection offered to the IDPs, but also a considerable lack of evidence about them. And data is now urgently needed to provide adequate protection to this growing, highly vulnerable population. 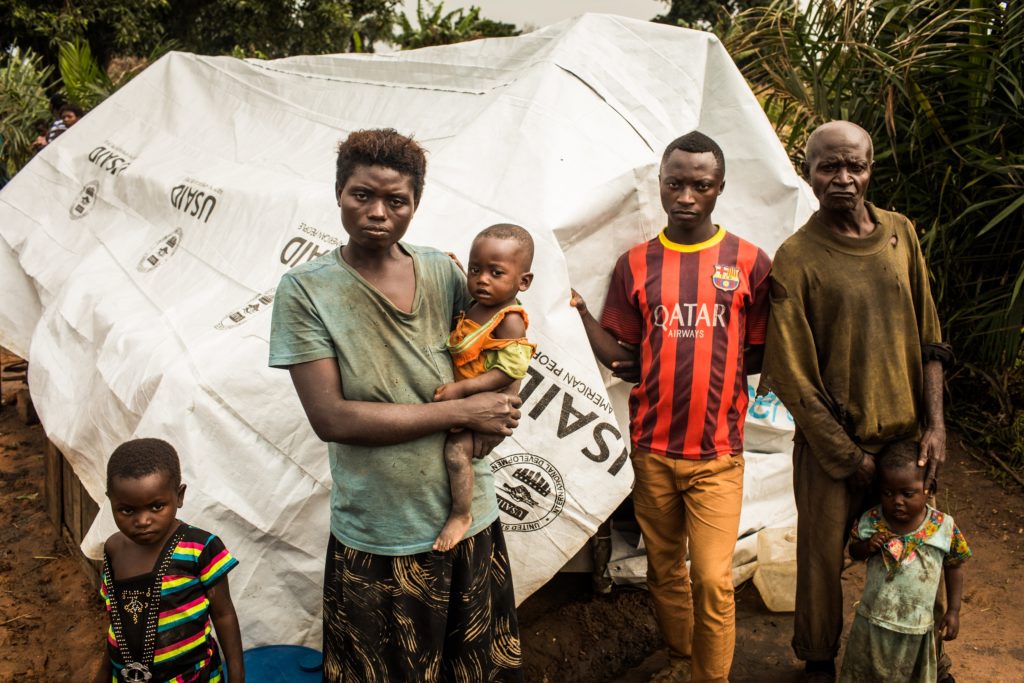 A family displaced by fighting stand outside their makeshift shelter in Benakuna village, near Mbuji Mayi, Kasaï region, Democratic Republic of the Congo, Saturday 27 January 2018.
The GRID 2018 puts the spotlight on several displacement-affected countries where children are amongst the most vulnerable, including the Democratic Republic of Congo (DRC) and Yemen, some of the most acute humanitarian crises of our time. As highlighted in the report, the global number of new internal displacements – caused by conflict, violence or disasters – reached 30.6 million. The number associated with conflict and violence almost doubled over the last two years, from 6.9 million in 2016 to 11.8 million in 2017. Syria, the DRC and Iraq together accounted for more than half of the global figure. Disasters alone caused 18.8 million new displacements last year, mainly triggered by weather-related events including major storms and hurricanes in the Atlantic, South Asia and East Asia and Pacific.

Children make up about 60 percent of the DRC’s internally displaced population. Towards the end of 2017, the UN declared the highest humanitarian alert in the UN system in the provinces of South Kivu, Tanganyika and the region of Kasai

The numbers presented in this year’s GRID illustrate that the problem of internal displacement is far from being solved, and that a new approach is needed to cope with the current trends, and more importantly, to reduce the risk of future displacement. It also shows that the levels of displacement severity and its impacts on people vary hugely between and within countries. This calls for renewed action, led by affected countries, to address the problem as a national priority in both humanitarian and development terms. With 2.16 million new displacements recorded in 2017, the DRC comes second only to Syria, yet remains one of the most under-funded crises. Children make up about 60 percent of the DRC’s internally displaced population. Towards the end of 2017, the UN declared the highest humanitarian alert in the UN system in the provinces of South Kivu, Tanganyika and the region of Kasai, where several schools were occupied by armed groups, putting the education of as many as 64,000 children at risk. This meant that children were not only deprived of their education, but were also left at a higher risk of joining armed groups. The province of North Kivu, also affected by conflict, was identified as having around 82 percent of the total children recruited by armed groups. In Yemen, women and children constitute 75 percent of the country’s displaced population, and their protection concerns are particularly acute. Their safety, access to services and livelihood opportunities are compromised by entrenched inequalities, which puts them at increased risk of abuse and exploitation. Displaced children are at extremely high risk of falling out of education and many become embroiled in negative coping mechanisms such as child labour, recruitment into armed groups and child marriage. A survey conducted across three governorates with large displaced populations in late 2016 found that 45 per cent of marriages involved girls under the age of 15. The list of countries affected by displacement, where children suffer from its impacts, could go on. One of the main takeaways from GRID 2018 is that despite the efforts of the international community to protect and assist those displaced, more investments must be made at the national and international levels in sustainable development, peacebuilding and addressing the impacts of climate change and disaster risk reduction.

This is particularly relevant for the achievement of the Sustainable Development Goals, as internal displacement is directly related to all the Goals. At the core of this discussion lies the importance of data disaggregation by age and sex. The GRID 2018 highlights that major data gaps persist, making it difficult to paint the full picture of internal displacement and its impacts, including on children. If we are to design better policies to address the issue and reduce children’s vulnerabilities, we need to get better at monitoring its progress and capture its complexity. Bridging the gap between development priorities and humanitarian concerns is what will truly turn the tide on internal displacement. Vicente Anzellini is coordinator for the GRID Project, with the Internal Displacement Monitoring Centre. Bina D’Costa is Senior Migration and Displacement Research Specialist at UNICEF Innocenti.