Bringing data on violence out of the shadows in Peru: a 25 year journey 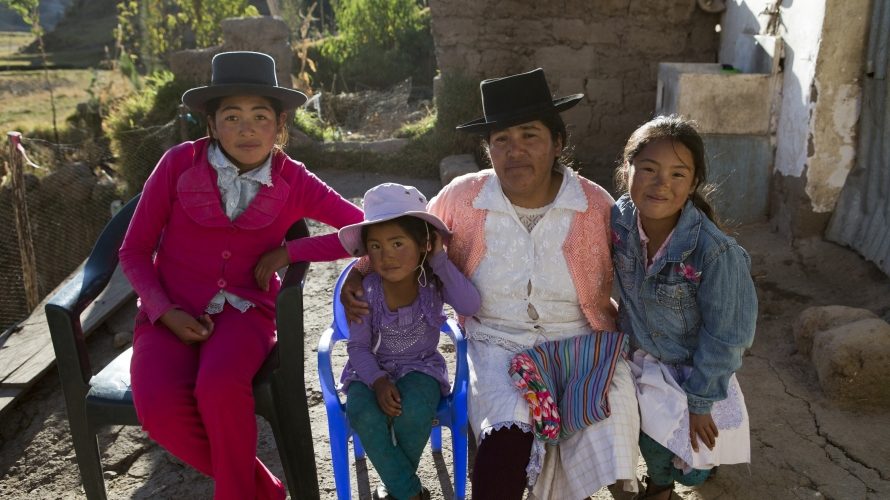 Milca Ventura and her daughters in Rosas Pata, Peru. Milca is an ECD teacher and recovering victim of domestic violence. She actively works in her community to reduce violence.

In 1990, during my first visit to Lima, Peru, the streets were crammed with vendors, pedestrians, vehicles of every description and young men holding calculators. Alberto Fujimori, a college professor, had just been elected president, and was busy enacting wide-ranging neo-liberal reforms, called Fujishock. Overnight, the price of many essentials tripled-and the dollar exchange rate fluctuated every 15 minutes. I nervously exchanged cash with the calculator men from the back seat of a dilapidated taxi. It was an unsettling time in Peru. My efforts to travel to the countryside as an intellectually curious anthropologist to learn about Peru's social movements, were met with dire warnings about the Sendero Luminoso, or Shining Path. Sparking one of the most violent insurgencies in the Western hemisphere in the late 20th century, kidnappings, torture, bombings and attacks on civilians defined the tactics of these rebels. Although feared by many, Sendero Luminoso were also surprisingly popular among the masses, mobilizing the Andean peasants with promises of a Utopian society through violent destruction of all institutions. My introduction to Peru was steeped in economic and political crises. Nearly 25 years later, I returned to Lima as a UNICEF researcher, from the Office of Research - Innocenti, still applying the curiosity of an anthropologist, but now on an official UN mission to understand the drivers of violence affecting children. The UNICEF Lima office is nestled in the shady streets of Miraflores, one of the most affluent districts of what is now a vibrant Peruvian economy. After the necessary protocol visits-we were whisked away to the Ministry of Women and Vulnerable Populations. On the way, my colleagues mentioned a nationally representative pilot survey on violence against children that had been completed the previous year. They asked me to keep mum about the survey because it was a source of national shame. As the research lead on the Multi Country Study on the Drivers of Violence Affecting Children, I chose Peru as one of our research sites because too often countries situated in the Latin America and the Caribbean region-mostly middle income now-are left out of debates about development and violence. Yet in Peru, as with many of its neighbors, booming economic growth has also brought gross inequities that hurt children the most.

Rates of violence are high all over the Americas. In Latin America over 25,000 children were victims of homicide in 2012 alone. Thousands and thousands of others are victims of interpersonal violence-of an emotional, physical and/or sexual nature. This is the main topic of UNICEF Innocenti's work with Peru. I learned from my colleagues that many of Peru's school teachers, who are my age now, had been victims of Sendero Luminoso. Many had surely survived kidnapping, torture or rape. Trauma unhealed, they are among the adults who commit untold violence against children in Peruvian schools. The data made that visible: among those interviewed for the survey, 81.3 % of adolescents between the ages of 12 and 17 years had experienced psychological or physical violence at least once. Learning has become a hazard in Peru. 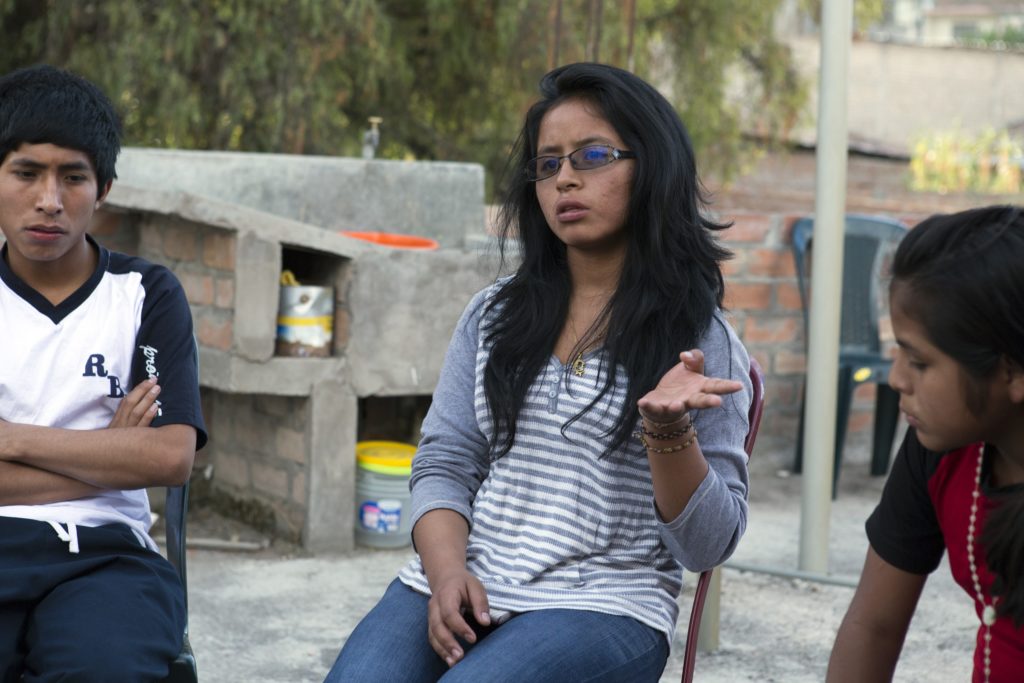 In Huamango, Ayacucho, Peru, 16 year-old Solange Felix Andres Flores attends a youth group where violence in school and at home are hot topics of discussion.
I have been working with the UNICEF Peru Office on the Multi Country Study for two years now. We quickly built rapport with the Ministry of Women and Vulnerable Populations, and before long, they asked us to help them analyze the survey data that was once forbidden, moving it out of hiding. We trained Government Statistics Office staff and marveled as the Peruvians invented new theory. Our worked sparked crucial dialogue about financial resources-and the Ministry of Women, traditionally cash-strapped, began consultation with the Ministry of Finance resulting in the first ever collaborative study between these sectors. In the process, we never once told the Peruvian Government they had a violence problem-instead, they discovered it on their own terms so that they could be in charge. We held the view that if Peruvian leaders owned this challenge then they would more quickly generate the best solutions. And that is what they have done. The Ministry soon launched a country report-detailing the state of violence affecting children backed by 15 years of national research. They launched it strategically, following 2016 Presidential elections so that the mandate of violence prevention would have traction when the new Minister was named. The once closeted data on violence has now been posted on the Ministry's website and a national plan to focus efforts on preventing violent discipline in schools and households has been launched. The Government of Peru is about to produce a Burden of Violence study to gather more evidence on how investment in prevention makes sense for every sector-even in a relatively wealthy middle income country. The Ministry of Women has budgeted for additional applied violence prevention research, including investigation of the social norms that can determine why some children are at risk of violence while others are not. When I went to Peru twenty-five years ago I was determined to empower people from the ground up-learning about their struggles and envisioning social change. I never imagined one day I'd return with a large UN organization, working for social change in a very different way, helping use national data to put children's rights at the top of Peru's agenda. Mary Catherine Maternowska is a Senior Research and Evaluation Specialist with the UNICEF Office of Research - Innocenti. She is the lead researcher on the Multi Country Study on the Drivers of Violence Affecting Children. Explore the nbsp;UNICEF Innocenti research catalogue nbsp;for new publications. Follow UNICEF nbsp;Innocenti on Twitter nbsp;and sign up for e-newsletters on any page of the UNICEF nbsp;Innocenti website.