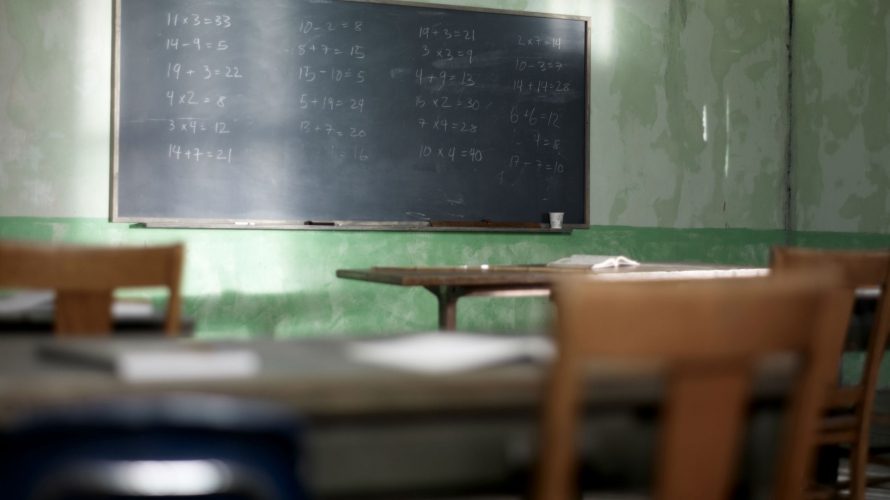 As a UNICEF communicator I’d bet that the widespread acceptance of corporal punishment – spanking, slapping, hitting, etc., a practice that seems to cross all boundaries – is one of the toughest challenges we face. Indeed, despite near universal ratification of the Convention on the Rights of the Child, only 8% of the world’s children are fully protected from being physically abused by adults. Why is corporal punishment unquestioned by so many? Answers may be in short supply, but a new discussion paper from the UNICEF Office of Research, Corporal Punishment in Schools: Longitudinal evidence from Ethiopia, India, Peru and Vietnam sheds important new light on the terrible damage this practice inflicts on children in the course of their education. Produced by the Young Lives Longitudinal Study on Child Poverty as part of the Office of Research multi-country study on violence affecting children, the paper gives a rare look at how teacher punishment in school affects children over time. The evidence is quite clear, with negative impacts observed at age 12, especially in decreased math scores, among many of the children who had experienced corporal punishment at age 8, compared with those who had not experienced it. These findings have been extensively controlled for community factors and previous school performance. The study also presents data which underlines how widespread corporal punishment can be. Among the 12,000 children studied from half to ninety percent, depending on the country, reported seeing a teacher beating a student in the last week. 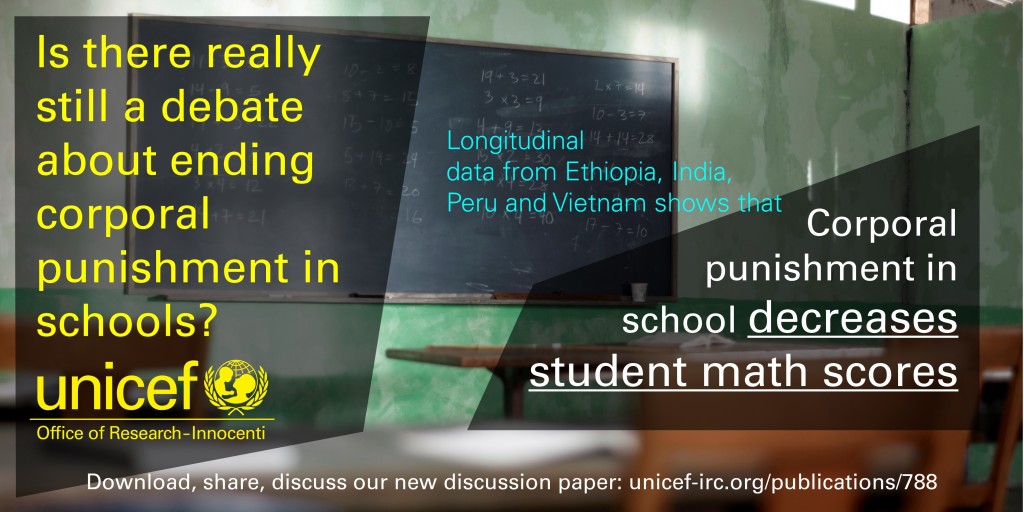 Whether in schools or elsewhere, the practice of adults beating children still sparks heated debate. In 2014 one of the top professional football players in the US was arrested for severely whipping his four-year-old child with a tree branch. The player claimed he was practicing a form of discipline that had been common in his family for generations. The incident dominated the US news media for weeks. It also sparked spirited discussion about corporal punishment across the internet. Soon a widely admired sports commentator defended the practice of whipping as a culturally accepted practice in certain regions of the country. I decided to take to Twitter. I started posting about the need to use this national discussion on adults beating children to eliminate the terrible practice from all parts of society. To my surprise, this was one of the few times my humble twitter following came alive with a number of voices strongly in support of beating children in order to discipline them. I recalled similar discussions in various cultural contexts around the world. When planning UNICEF’s violence against children programme in a large Asian country, our partners thought it best not to make corporal punishment the lead focus. They argued the campaign would not get off the ground if that were the dominant theme because most parents regarded physical punishment as a non-negotiable part of good child rearing. The new discussion paper produced by the Young Lives team is a powerful tool in the hands of anyone eager to eliminate corporal punishment of children. The authors report the negative impact of corporal punishment on academic performance is equal to the deficit seen when a child’s mother has 3 to 6 fewer years formal education. Corporal Punishment in Schools highlights the power of longitudinal data to help connect the dots on children’s experiences. If the trauma imposed on children by teachers resorting to corporal punishment is not enough to banish the practice, perhaps its negative impact on test scores will be. Sadly it may be necessary to amass a lot more evidence on how corporal punishment diminishes children’s life chances before it is more widely challenged as an acceptable practice. Dale Rutstein is Chief of Communication at the UNICEF Office of Research-Innocenti